The Zozo Championship: Who will claim victory on the next stop of the PGA Tour?

The tour heads to Japan for the first event ever sanctioned by the PGA in the country as we take a look at who could come out on top at the Zozo Championship.

After Justin Thomas secured his 11th PGA Tour victory at the CJ Cup, we now look ahead to the first event ever sanctioned by the PGA in Japan: the Zozo Championship.

Earlier in the week when Thomas achieved a second round 63, there was never really any doubt as to where the trophy would end up. It’s a great win for the American who’s wrist injury disturbed the first half of last season, however he has certainly made up for lost time and since June has yet to finish worse than T12 in any tournament.

If Thomas can remain injury free, he should be able to add to his CJ Cup victory this season.

Our picks started out bad and got worse from there with Brooks Koepka withdrawing after a reported slip that re-injured his knee, Sergio never getting anything going and even though Si Woo Kim was inside the top 10 at the halfway stage, a Saturday 74 sent him down the leader board and out of contention for even an each way place. 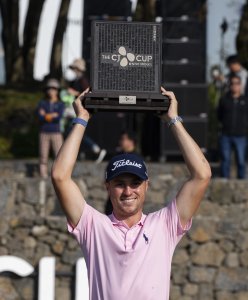 The tour continues in Asia with the Zozo Championship just outside of Tokyo, it marks a season debut for Tiger Woods in a field that also features Rory McIlroy, last week’s winner JT, hometown favourite Hideki Matsuyama and Jordan Spieth.

Like last week, this is a no cut event with 78 players in the field. This is the first time Narashino CC is being played on tour, but we got a sneak peek at the course with the skins game a couple of days ago and from what I could see this is a tight treelined course with a lot of doglegs.

The par 4s are ether short or extremely long. The par 70 has three par 5s and five par 3s. The most unique thing with the course is that every hole has two greens and if you hit it on the wrong one players will get a free drop. The greens are bentgrass and seem tricky to putt on because of the heavy undulations.

The experienced Englishman makes his PGA season debut this week which is the only drawback I can find in the set up for him ahead of this championship.

If you were to look for a comparable course on tour your mind would quickly go to Copperhead and the Valspar Championship The winner of the last two Valspar tournaments? Mr Paul Casey.

He ranks tenth in the field in bentgrass putting on fast greens and can also be found in the top ten in approach, fairways gained and proximity from 100-125 yards. He has also won multiple times in Asia on the European tour. All in all if he isn’t to rusty from only having played only once in the last month this sets up ideally for him. 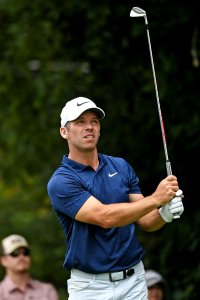 Why a golfer that has two wins in his last eight starts are over 50 to 1 is beyond me so I will be backing Na this week. He loves bentgrass greens as we could see in his win at The Shriners two weeks ago where he gained over 14 shots on the field.

The American is originally from South Korea so he should be comfortable playing in this part of the world. Having played (T20) in South Korea last week is also an advantage in terms of having adapted to the time zone etc. He ranks in the top 20 in Par 3 scoring, strokes gained around the green and proximity from 100-125 yards. 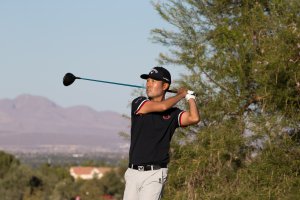 On the surface his T46 last week doesn’t look like much, but if we look past the disaster second round 77 he shot three rounds of 68, 70, 70 for a combined eight under par while just carding four bogeys doing it.

Reavie will always have the best chance when his stellar accuracy of the tee is a valued asset, he ranks first in fairways gained. And if you add to that ranking ninth on approach and third in the important 100-125 yards range this week starts to look like a Chez week. 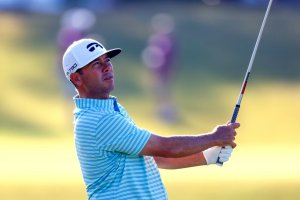 All stats mentioned are based on the last 50 rounds.