With some big names hovering around the cut line, David Kristiansen looks ahead to the last regular season event of the year at Sedgefield Country Club

The Tour heads to Greensboro and Sedgefield Country Club for the last regular season event of the year and the big talking point this week is who will end the season inside the top 125 and in doing so getting into the playoffs starting next week and keeping their card for next season.

And there are some big names hovering around the cut line; Alex Noren (ranked 125th), Daniel Berger (131st), Jason Dufner (136th) and Bill Haas (140th) all need good weeks to keep their cards.

Most of the top guys are taking the week off to prepare for the playoffs, but Spieth, Matsuyama, Casey and Simpson are  all taking the trip to North Carolina for this one.

A final Sunday pairing of Rory McIlroy and Brooks Koepka at last weekend’s WGC St. Jude International promised everything but delivered the minimum as Brooks was untouchable and Rory couldn’t buy a put all day.

Koepka was the first player all year to rank 1st in both putting and scrambling and when that happens to the number one player in the world you are almost surprised that he didn’t win by more than he did.

At the opposite field event in Reno, Colin Morikawa joined his fellow rookie Matthew Wolff as a PGA tour winner further underlining the fact that these young guys are PGA Tour ready from the get go – so what can we expect at Sedgefield this weekend?

The course is a classical par 70 layout that usually produces really low scores. The greens are average in size and easy to hit making a hot putter an important ingredient for success this week. Both the par 5s are reachable by everybody in the field and last year they produced a combined 70 eagles. Eight of the par 4s clock in between 400-450 yards making the most common approach range 150-175 yards. 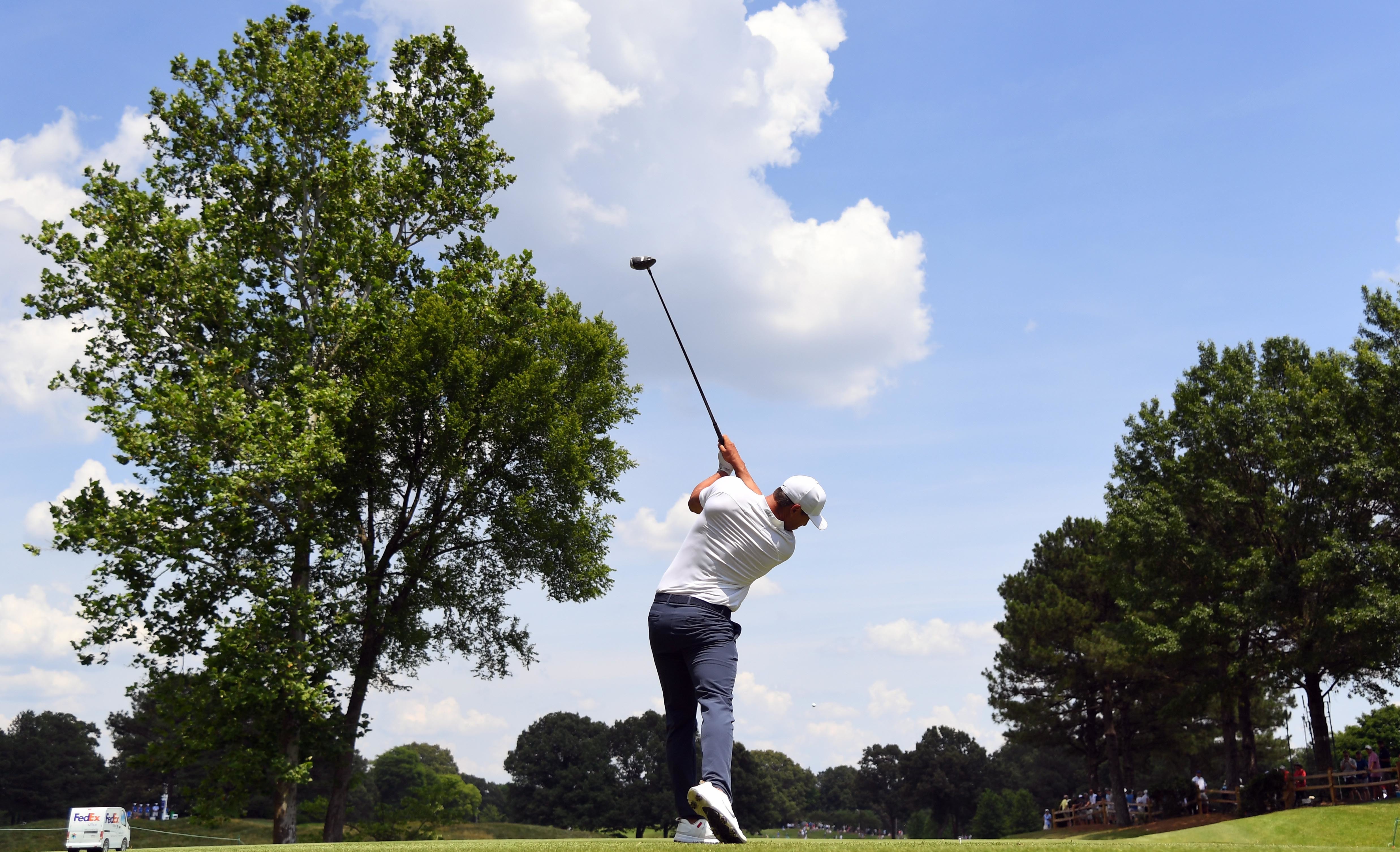 Hovland is coming off a two-week break after finishing in the top 16 in four of his last five starts. This is his last chance to secure his card for next season without having to go to the Korn Ferry Tour finals and he will need a solo 3rd or better to make that happen.

The young Norwegian is ranked in the top ten in strokes gained approach (4th), birdies or better gained (5th) and fairways gained (7th) over the past 24 rounds. If he can just have an average putting week, it’s a good chance of him joining fellow rookies Wolff and Morikawa in the winner’s circle come Sunday.

The Canadian is turning into form with a 4th and a 6th place finish in his last four starts. His stats over the past weeks are solid if not spectacular, ranking in the top 30 in approach, par 5 scoring, birdies or better, fairways gained and par 4 scoring 400-450 yards.

The one-time PGA Tour winner can get scorching hot with his putter and gaining over three strokes in three of his last four starts is promising. He also prefers easier courses so this week should be a good chance to pick up his second win on tour.

It was no surprise that the 20-year-old missed the cut in his The Open debut, but I don’t think that will stop the resurgence we have seen from the Chilean in the second half off the season.

Before his trip overseas he gained strokes both off the tee and on approach in six straight tournaments resulting in three top 10 finishes. He ranks inside the top 30 in all the relevant stats categories and he had an adequate T33 finish here last year during his rookie campaign.