“He’s got a squad now that is strong enough to start challenging for the top seven," Dave Azzopardi from Talking Wolves believes that Wolves must start progressing under boss Bruno Lage.

Prior to last weekend’s victory over Southampton, Wolverhampton Wanderers had suffered a 12 game winless run in the Premier League dating back to April 2.

That’s 154 days since Bruno Lage’s side had savoured the sweet taste of success, so if there could be such a thing as a ‘must win’ game in September, this was probably it.

Judging by the reaction after Daniel Podence’s effort secured all three points on Saturday, it might just be a line in the sand moment after what has been a difficult few months at Molineux.

And with Liverpool and Manchester City to come in their next two fixtures, it could prove to be a vital win in both Wolves and Lage’s season.

Following the match, the Portuguese dedicated his side’s first league win of the season to the fans, who had sung his name throughout.

So do the fanbase see this as something of a turning point for a manager who is beginning to stamp his own authority on this Wolves side?

“It was extremely important to get the first win of the season,” Dave Azzopardi from Talking Wolves tells FansBet. 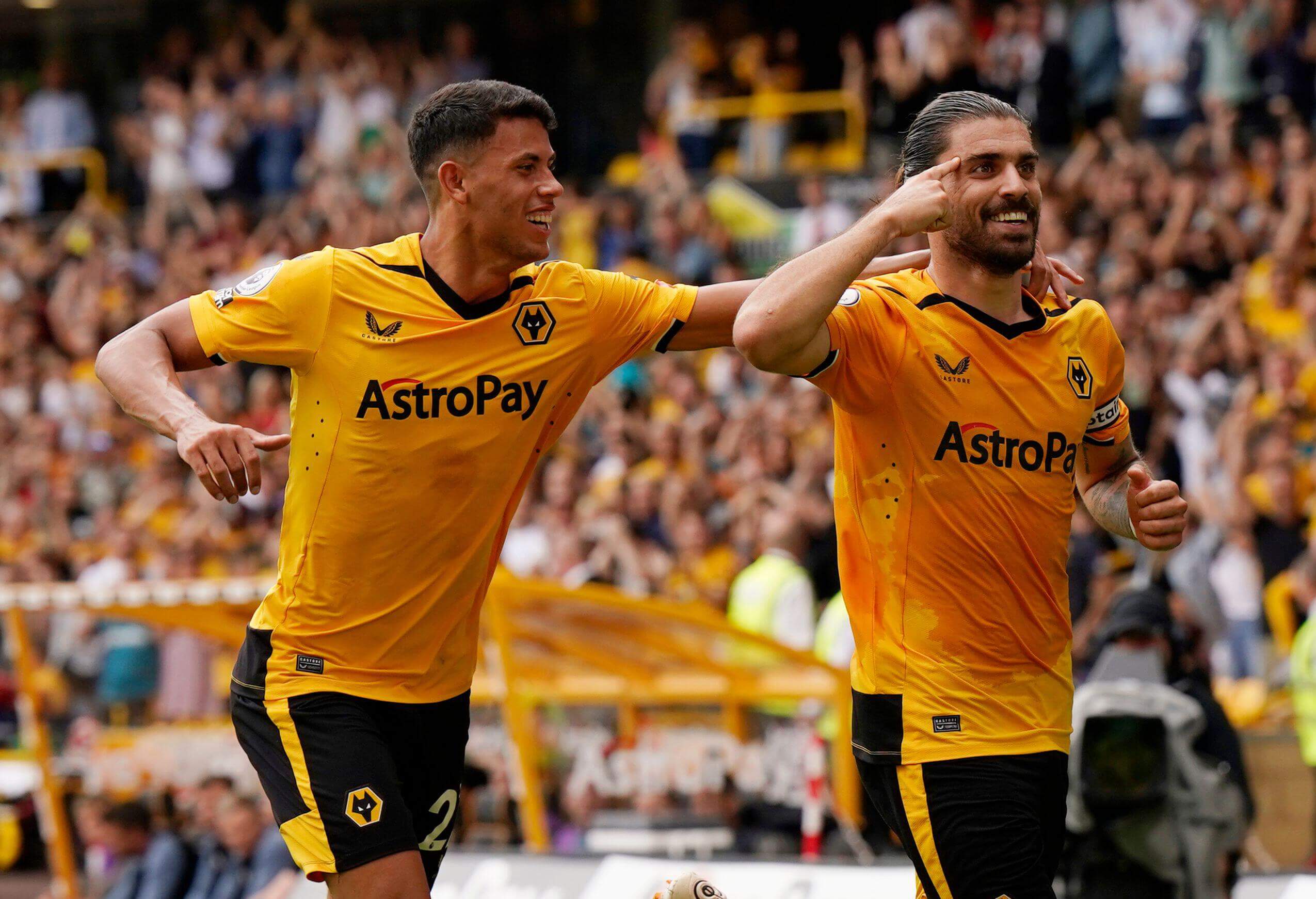 “There’s been games where we’ve been on par with the opposition or even slightly better where we’ve come away with nothing.

“Away at Spurs we had a really strong first half but came away empty-handed, but that’s what happens against top-six sides – you can play well but if you don’t take your chances you’ll get punished.

“We were six games in and we knew we had Liverpool and Manchester City in a few weeks, so it was really crucial for Bruno Lage to get a win and get us up the table a little bit.

“If you haven’t won a game and you’re going into a difficult stretch of fixtures like that you could be in real trouble – so it was massive that we got the win.”

Despite the relief that the victory over Southampton brought with it, the win was marred by a serious knee injury to new signing Sasa Kalajdzic.

Wolves completed the £15million signing of Austrian forward late in the transfer window, with goals difficult to come by for the club under Bruno Lage.

Kalajdzic was given the nod at Molineux on Saturday, however, his debut came to a premature end at half time due to a pain in his knee, with a scan later revealing an anterior cruciate injury that could see him out until the new year.

It’s understood that Wolves are now considering a move for former Chelsea and Atletico Madrid striker Costa as a replacement, who is set to arrive in England and finalise a move after being granted a work permit. 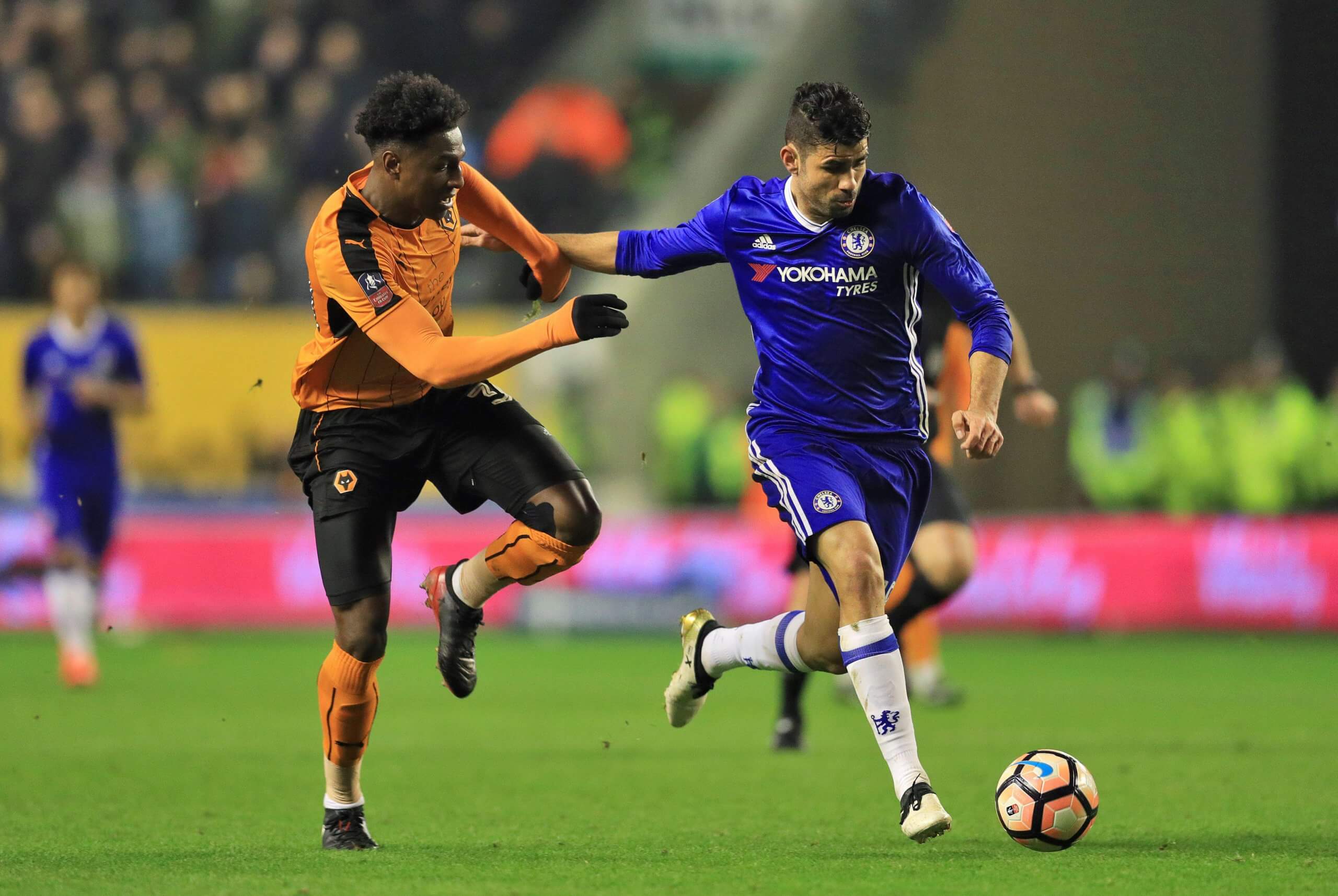 The former Spain international has been a free agent since January when he terminated his contract at Brazilian club Atletico Mineiro.

“Losing Sasa Kalajdzic will be a huge loss for Wolves,” says Dave.

“We’ve got Raul Jimenez, who has been phenomenal for the football club, but over the past 12-months since his injury, he’s really struggled to find his goalscoring form and in the games he’s played this season he’s not looked great.

🤔 “He’s not going to be sharp and he’s not played at this level for a while.”

👀 “But another part of me is extremely excited.”@daveazzopardi from @TalkingWolves shares his thoughts on Diego Costa's imminent move to #wwfc… 🐺 pic.twitter.com/wTSB0kmKiT

“It was crucial for us to bring in a striker and we’ve gone for one with a different profile which Bruno likes the look of.

“It’s a real shame we only got to see about 45 minutes of him with the injury likely to keep him out for a number of months.

“We’ve been quick to act and try and bring in players, but with the transfer window shut we can only look at free agents now so Diego Costa is probably the best of the bunch out there at the moment.

“It’s been a long time since he’s been in the Premier League with Chelsea and part of me is dubious about the move as he’s not played at this level for a while now, but at the same time, I’m extremely excited.

“We’ve seen his antics on the pitch, he’s a very controversial character, but someone who is going to get fans off their seats and I’m really excited about what he can bring to this Wolves team.” 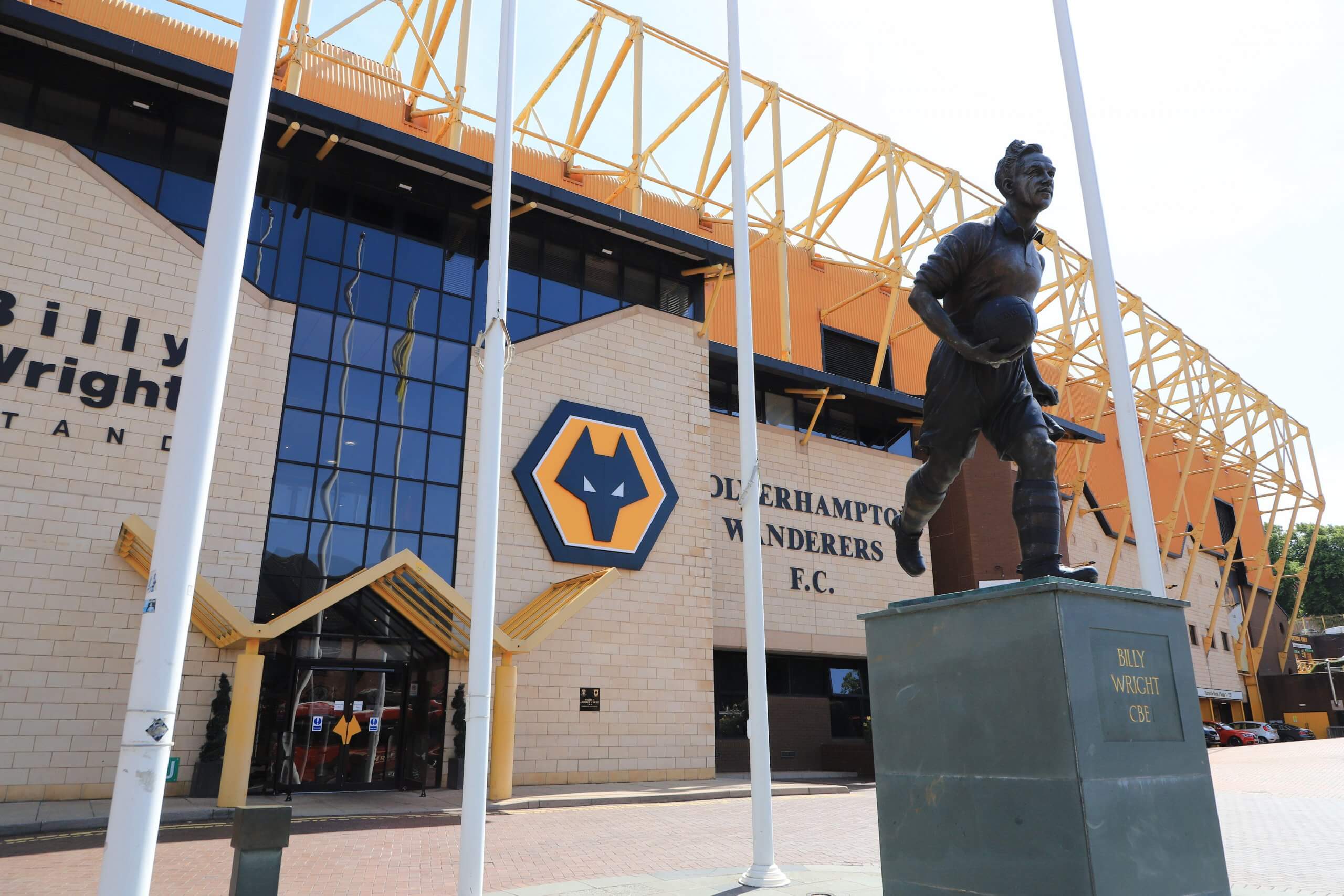 Having made several big changes to the squad and introduced a new system, Lage believes the goals and results will soon flow as he looks to improve on what was a disappointing end to the last campaign.

Wolves impressed for much of the season and were dreaming of Europe once again and they were six points off fourth with two games in hand in late February.

However, a lacklustre finish in which they failed to win any of their last seven games put paid to those ambitions.

To bridge that gap back to European football contention, Lage has been backed with a number of new signings in Wolves’ biggest window since 2018.

Nathan Collins is a more natural centre-back than the outgoing Conor Coady in a newly adopted back four and Goncalo Guedes is a wide forward who can provide an attacking threat from a number of positions.

Ex-Sporting Lisbon architect Matheus Nunes is a ball-carrier and box threat, while Metz youngster Boubacar Traore is a combative enforcer – both skillsets that had been missing in an otherwise impressive Wolves midfield.

So where does Dave think the club stands at this very moment? And is this campaign something of a crossroads for Bruno Lage and Wolverhampton Wanderers under the ownership of Chinese conglomerate Fosun International?

“As a club at the moment Wolves are in a decent position,” he explains.

“We’ve spent a lot more money this season than expected; we’ve been told for the last 18 months or so that the club would become self-sufficient and have to sell to buy.

“So the fact that the club has spent so much money to back Bruno Lage is a pleasant surprise. 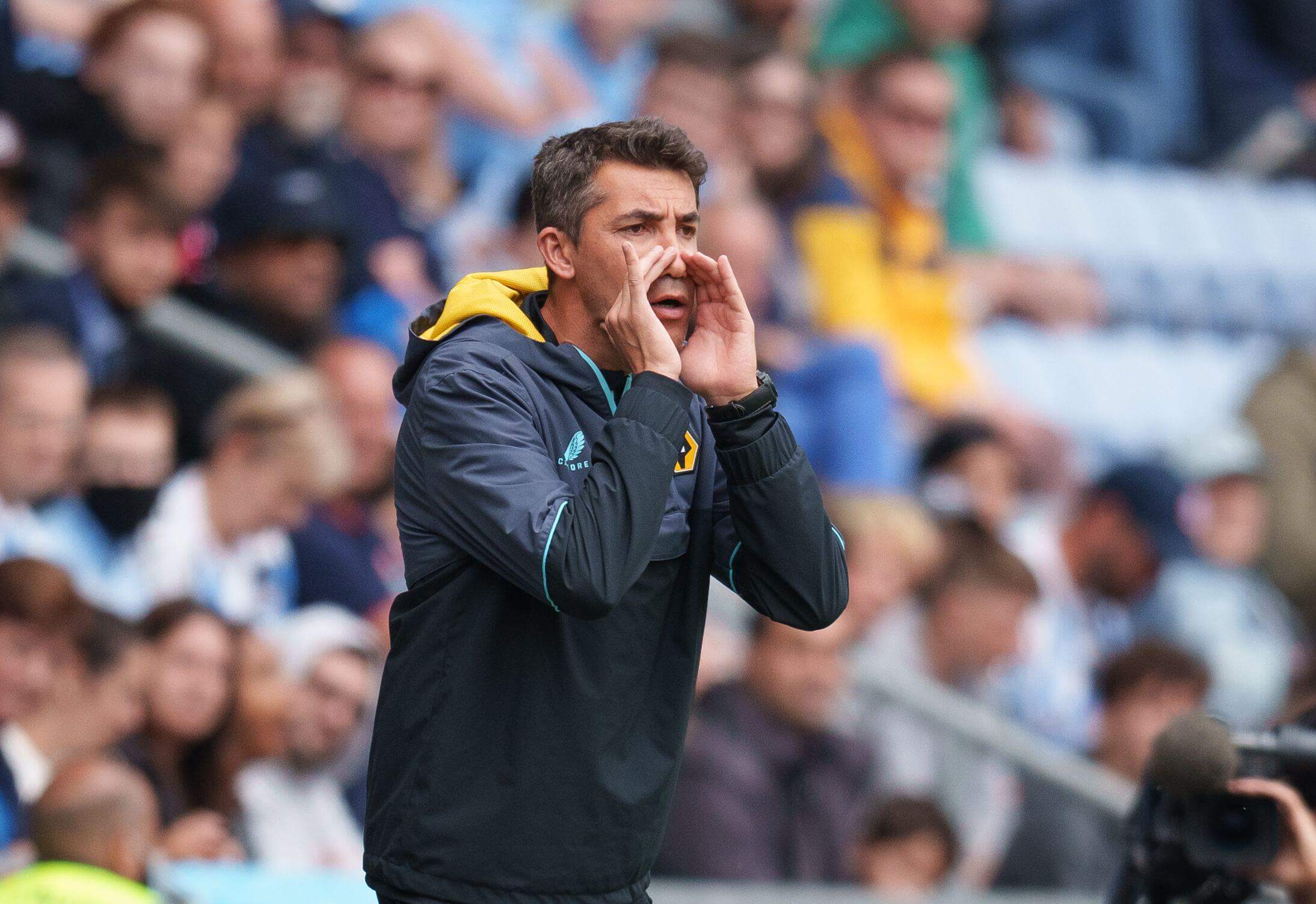 “He’s got a squad now that is strong enough to start challenging for the top seven on a regular basis.

“We’ve signed players like Nunes, which is a phenomenal signing, and we’ve strengthened in the right areas – so as a club it’s a really, really strong squad.

“If he can get Wolves back into the top half and try and convince a few players like Neves to stay at the club, then I think we’re in a good position to grow as a Premier League club.

“I want to see Wolves continue what we’re doing, growing as a football team and seeing us get the best out of the squad of players we’ve got – but most importantly we need to start scoring more goals.

“Over the last two season, initially under Nuno and now Bruno Lage, we’ve averaged less than a goal a game and for a team with aspirations of being in the top seven or eight, we need to start putting the ball in the back of the net.

“We’ve seen Bruno Lage switch from a back three that Nuno put in place to a back four, his own style and his own system and we’ve got more men forward, but we’re still a little bit goal shy and as fans we want to see more goals.

“If we can push again for a solid top half finish and maybe knock on the door for Europe I’d be happy, but if that’s a stretch too far then maybe a nice little up run.

“Lage has got a good squad of players now so it’s up to him and the squad to try and make it a season that we’ll never forget.”