David Johnstone pays tribute to the likable Brazillian who is on the brink of joining Arsenal after arriving at Stamford Bridge seven years ago.

Whilst it is true that I am the ‘face’ of the cfcuk fanzine and it is also a fact that I have been representing and speaking on behalf of Chelsea supporters for around 25-years, I have never, nor would I ever, claim to speak on behalf of all who follow the club.

When dealing with those who run the club, I have always had a mandate or an instruction from fellow supporters and I have never sought to propagate my own personal agenda.

Ever since I was a kid and Peter Osgood was my first hero, I have always supported every player who has pulled on the Chelsea shirt and whilst there have been periods when those in Blue have not always been the ‘best’, they have always had my 100% backing.

Although individuals are properly entitled to their own opinions on players – and indeed, all things Chelsea –the vitriol that some players are subjected to on social media is well beyond the pale.

However, those ‘so called’ (and I’ll use the following term lightly) ‘fans’ who abuse the players from the team they purport to follow are, to my mind at least, absolutely clueless and are the total antithesis of what a ‘supporter’ should be. 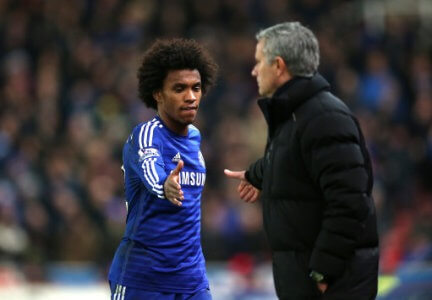 Nonetheless, and with reference to the first paragraph of this article, in the case of Willian, I will speak on behalf of all those who write for, sponsor or support the cfcuk Chelsea fanzine.

Back in 2013, I was in Ukraine at the Donbass Arena to watch Chelsea take on Shakhtar Donetsk. It was a game Chelsea lost 2-1 and a major factor of the Londoner’s downfall was the part that Willian played for the home side.

Later that year and just after the start of the 2013/2014 season, Willian Borges da Silva signed for Chelsea.  During his time with the club, he won two League Titles, an FA Cup, a League Cup and the Europa League.

He was a popular player in the dressing room and amongst the backroom staff and, for those supporters who met him, he proved to be a really nice guy. I have been fortunate enough to have met him on many occasions and he has always been spot on with me.

Indeed, and it may well be a ‘national trait’, but all the Brazilians that have worn the Chelsea colours from Emerson Thome through Deco, Mineiro, Ramires, Oscar, David Luiz to Willian and the manager Felipe Luis Scolari have been exceptionally nice people.

Whether their time at Stamford Bridge was successful or not, all seemed grateful for the opportunity the SW6 side had given them. 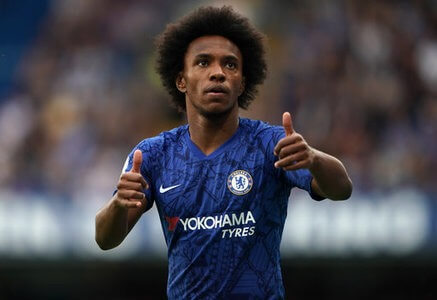 And so, back to those who claim ‘loyalty’ to Chelsea FC via their social media platforms.

Those who put their red crosses through an image of whichever person it is that they don’t like are – and it is all about opinions and this is mine – an absolute embarrassment to Chelsea FC and especially the legions of supporters who know, exactly, the proper manner in which they should support their side.

The Willian ‘haters’ are I suspect, those who’ve never ever kicked a football in a competitive game – they don’t seem to appreciate how hard it is – and are perhaps, instead, ‘experts’ on whatever the latest PlayStation version of FIFA  is that they’re playing.

There are a couple of ‘big hitters’ out there on social media who love to take money from people for their frankly worthless opinions of who should or should not be playing, and one or two even take clips from televised matches and then pick fault in whichever player it is that they are castigating.

These people are absolute mugs.

Should they ever dare to show their faces on the Fulham Road, they would be laughed at, all the way back to the USA or Australia or wherever it is they come from by supporters who, whether the results are good or bad, will be back – week in, week out – to cheer on Chelsea and always be 100% behind them. 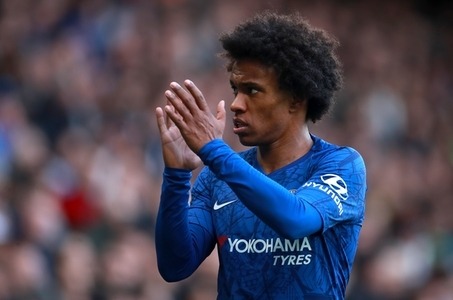 My thoughts on Willian are as follows; he has been a fantastic player for Chelsea Football Club and is obviously someone who the manager thinks highly of.

Those who have supported him through ‘thick and thin’ are a credit to Chelsea FC and those who have not are a disgrace.

He, along with the fantastic Pedro are two servants of the club who I – and many of my friends – have been proud to support and I, for one, will always be grateful for the contribution they made to Chelsea and for everything they tried to do for the club.