Will The Toffees Stick To Winning Ways At Home, Despite Disappointing Away Results?

Matt Jones from The Blue Room looks ahead to this weekend's game as Sheffield United head Goodison Park as the Toffees look to continue their impressive home record.

There are certain things we all want at the start of a new season.

You want points, of course. But there’s also a thirst for freshness –  new kits, new ideas, new faces. You want to see issues resolved from the previous campaign. You want to feel that the 11 lads you’re watching are moving in the same direction. You want momentum.

Everton don’t have the latter.

This weekend it’s Sheffield United who visit Goodison Park, a week on from the Toffees’ expected surrender on the south coast. There was a collective sigh from those of royal blue persuasion when Callum Wilson slotted Bournemouth’s third of the day in a 3-1 win. It’s become the norm on the road.

It means that even at this early point in the season, there’s a flat feeling among the fanbase as we gear up for Week 6. Not necessarily out of anger, nor a driving desire for a change of manager or personnel. Rather a sense of crippling familiarity. We’ve seen this film before.

Of course, one of the most frustrating things about this group of lads and this manager is that they’ve shown on home soil that they can get it together. When they do, they can be a force.

The win against Wolverhampton Wanderers before the international break made it six wins in a row at Goodison Park and 19 points taken from a possible 21 in the Premier League in their last seven matches at the stadium. 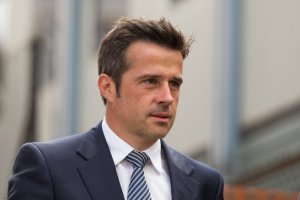 All in all, it’s been an enjoyable place to watch football recently. The results are brilliant, the football is vibrant and the atmosphere has been improved from previous seasons.

But after Sunday’s performance, you get the sense there’ll be a malaise around L4 on Saturday. It’s not the first home game of the season, as it was against Watford. It’s not a clash with a potential *rival* for a top-six spot as is was against Wolves. It’s Sheffield United, with all due respect.

And that respect is sincere, as the Blades are a fine outfit—innovative and energetic, with terrific attitudes. Coming back from two goals down against Chelsea is no mean feat, especially away from home. This Everton side certainly don’t have it in them to do that.

So it feels like a dangerous game for Everton. Already this week I’ve seen and heard phrases akin to “beating Sheffield United will just paper over the cracks” from supporters. This encounter isn’t a gimme and you can only hope that type of complacency hasn’t crept into the mindset of the players in the buildup.

If Everton start well, whip up an atmosphere and grab an early goal, you sense that they’ll have enough to run away with this one. If they don’t, the Blades will build confidence and Goodison will groan.

At this point, the latter of those scenarios feels the more likely. Nevertheless, you’d expect one of Everton’s key attackers to produce something over the course of the 90 minutes that’ll swing it the Toffees’ way.