Despite Celtic’s clear advantage over their rivals in the Scottish Premiership there are obvious holes in Brendan Rodgers’ team that need to be plugged before the new season.

The signing of Odsonne Edouard should help quell any fears of further injuries to Leigh Griffiths or a possible move back down south for Moussa Dembele, while new arrival Lewis Morgan and the returning Ryan Christie should bolster either wing ahead of the new campaign. However, it’s at right-back that Rodgers really needs to improve his options.

Although Mikael Lustig is one of the few Celtic players at this summer’s World Cup he has, perhaps a little ironically, been one of their most inconsistent performers over the past season. The Swedish international just isn’t as mobile as he once was and Rodgers knows some competition for the spot will be necessary to either get the best out of the 31-year old or replace him entirely.

As such, the recent reports of Hull City full back Moses Odubajo joining up with Rodgers’ squad on their pre-season training camp in Austria makes perfect sense. Celtic need to look at as many options as they possibly can for a new right-back and perhaps the English defender could be the solution they’re looking for.

Our friends at Football Whispers have taken a look at what the defender could offer Celtic and why Rodgers may be interested in bringing him to Glasgow. 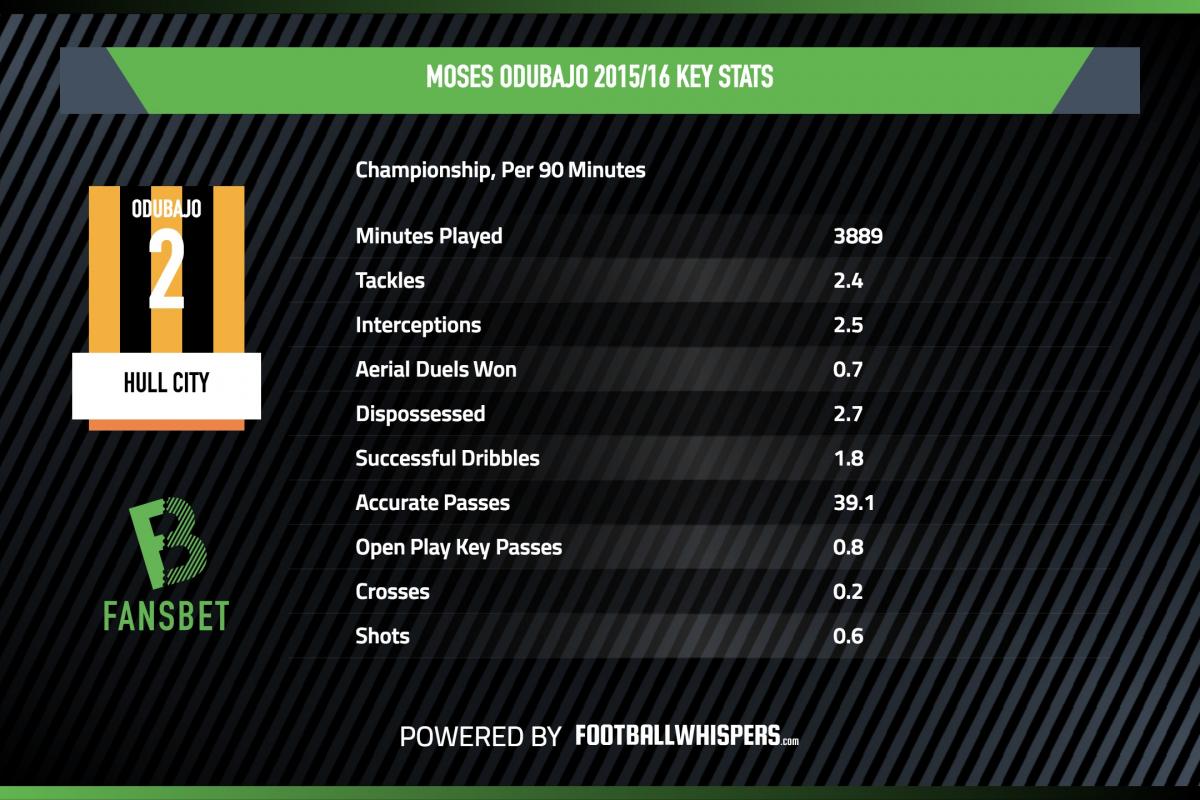 Why do Celtic want Odubajo?

Despite excelling for the Costa Rican national team and having a stint in the Premier League with West Brom, Cristian Gamboa has been ostracised by the Glasgow club and made just three appearances for the champions last season.

That leaves Rodgers with young Anthony Ralston. Although the Celtic youth graduate earned plenty of plaudits when he went toe-to-toe with PSG’s Neymar in last season’s Champions League, memorably laughing in the face of the world’s most expensive player, he failed to break in to the first team and was duly loaned to Scottish Championship side Dundee United.

Indeed, Rodgers spent much of the last season wrapping Lustig up in cotton wool or moving his team to a back three and allowing winger-turned-wing-back James Forrest to play a little deeper on the right flank. That may have worked well â€“ especially against the giants of the Champions League â€“ but it didn’t offer a long-term solution.

Essentially, Celtic need to find a suitable right-back who can provide competition to Lustig and preferably offer a more attack-minded style of play.

Celtic’s desire to sign an attacking full-back is where Odubajo comes in, his strengths suited to the needs of Rodgers.

Before the Greenwich native established himself as a full-back he played as a winger for much of his formative years at first club Leyton Orient and, later, at Brentford. He still possesses the desire to skip past opposing players and dribble deep in to the opposing box and, for Celtic, that’s exactly the kind of player they need to unlock a stubborn, defensive Premiership foe.

A nasty knee injury sustained in July 2016 means Oduibajo has not kicked a ball for the Tigers since the end of that campaign but he was offered a new deal at the end of last season. His statistics from the 2015/16 campaign show he bombed forward whenever possible for the Tigers as they won promotion to the Premier League via the playoffs.

Odubajo attempted an average of 2.51 crosses per 90 minutes for Hull that season. Last season Lustig managed just 1.45 per 90. Similarly, the Celtic transfer target clocked 1.8 successful dribbles per 90 minutes, while Lustig could only muster 0.12 for Celtic this season.

While comparing stats over different seasons and different leagues is a bit like comparing apples and oranges, we can safely say Odubajo was a far more attacking full-back than Lustig when he was fit and regularly playing for Hull. 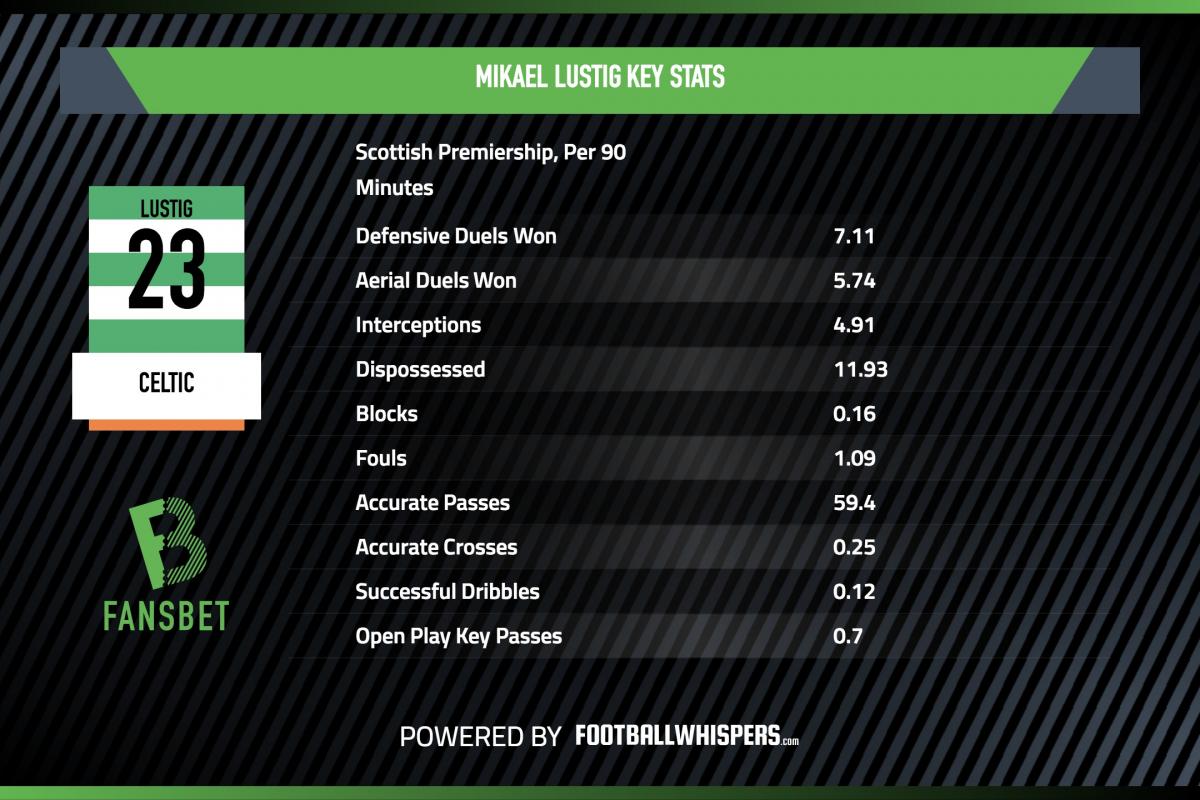 However, there is a rather large elephant in the room â€“ that knee injury sustained in July 2016. While recovering from the devastating setback at a sports clinic in Ireland, the young defender hasn’t played a single minute of league football over the course of the last two seasons.

At just 24 Odubajo still has time on his side and match fitness can be regained over pre-season. But there’s no guarantee the player he once was is still there. If the former England Under-20 international has lost a yard of pace his use to Celtic and Rodgers will drastically change and ultimately limit their interest in his services.

In terms of his attributes, his biggest drawback is his aerial ability. He won just 0.7 aerial duels in 2015/16 â€“ versus the 5.74 Lustig triumphed in last season â€“ but Odubajo can reasonably expect to be tested less defensively playing for the Scottish champions than Hull.

There is no question a deal would be a gamble but Celtic showed faith in Craig Gordon when they signed the former Hearts stopper on a free following a lengthy spell out the game and he has been impeccable since. A deal for Odubajo has the potential for a similar upside if he impresses in Austria.