Who should be in you League Two accumulator?

We take a look at League Two's best bets for the weekend.

These two are both punching above their weight this term as they each sit in the play-off spots at present, though it’s noticeable they’ve picked up points against teams lower down in the table. Oldham’s two defeats have come at home to top-10 sides Newport and MK Dons, while three of their four victories have come against bottom-four outfits.

Meanwhile, Colchester’s four wins have been against the teams currently bunched between 16th and 19th in the division. This should be a tight encounter given three of Oldham’s four home games so far have been settled by just the odd goal, with the exception a 3-1 win over second-from-bottom Macclesfield. Indeed, Colchester have drawn three of four road trips and the stalemate appears most likely. 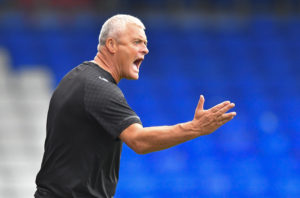 Oldham’s manager Frankie Bunn will be hoping for more than one point.

Newport were shell-shocked as they endured an embarrassing 6-0 defeat at home to Yeovil, but that’s likely to prove an anomaly having won five of six unbeaten games prior to that. That includes a win away at 6th placed Oldham and a stalemate when they visited 2nd placed Exeter, though they have managed only three clean sheets in 18 matches stretching back into last season.

That should be music to James Norwood’s ears as he’s currently the top scorer in League Two with seven goals already this term. That’s 70% of Tranmere’s output so far, leaving him fantastic value to add to his tally. 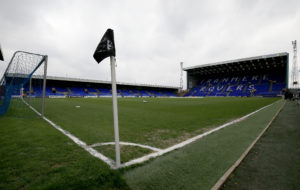 Tranmere will host Newport at Prenton Park this weekend.

Morecambe were expected to struggle this term but a record of seven defeats from eight matches is worse than feared. They’ve failed to score in 75% of their games as they’ve attempted to limit their opponents’ margin of victory, though they have been successful in avoiding a thrashing on home turf as all four of their outings at the Globe Arena have seen fewer than three strikes.

In fact, nine of Morecambe’s last 10 at home have seen Under 2.5 Goals, with six of these featuring just one successful effort or less.

Macclesfield’s games have featured more goals, but while they’ve shipped three times on the road at Swindon, Oldham and Crewe, their hosts will struggle to replicate that. The visitors have seen fewer than three goals in four of their last five overall when excluding current top-six sides and this should prove another drab affair.

Indeed, only hapless Notts County sit below these two in the table and with so much at stake, this should be a tense six-pointer down at the bottom that neither can afford to lose. 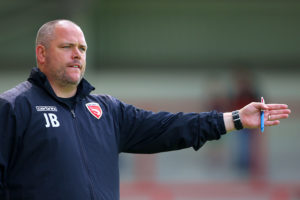 Will Morecambe and manager Jim Bentley be able to turn their season around?

Grimsby Town: “Plymouth win should give us confidence!”

The Weekly Gab: “14 teams in League Two can get autos!”