The Frenchman was famed for promoting youngsters...good or bad

For all the criticisms of Arsene Wenger during his 22-year reign as Arsenal boss â€“ and, rightly or wrongly, there have been plenty â€“ something none of his detractors can accuse of him of is failing to promote the club’s young players.

The Frenchman â€“ perhaps more than any other Premier League coach â€“ has always given a chance to players from the Gunners’ academy, making them mainstays of the side when others would have been reluctant to include them at all.

In 22 years at the helm, Wenger has been in charge of 606 first-team matches using 222 players, of which plenty have come through the club’s prestigious academy.

So, ahead of Wenger’s final game in charge of the North Londoners, our friends at Football Whispers have put together a team of the best graduates to have come through under Wenger

There are a distinct lack of keepers to have progressed through the Gunners’ academy during Wenger’s tenure and it could be said that since David Seaman, who the Frenchman inherited, the position has been something of a blind spot.

Now Gianluigi Buffon’s heir apparent at Juventus, Szczesny made 180 appearances in all competitions before his form and behaviour became too erratic. It all culminated in an alleged cigar-smoking incident in the showers at Southampton before he was packed off to Italy to revitalise his career.

The metaphorical path between Arsenal and Barcelona is well-trodden over the years. In 2011 the Gunners were the beneficiaries, signing a 16-year-old Bellerin from the Catalan giants.

With 160 appearances and counting since making his debut in 2013 in a League Cup win over West Bromwich Albion the adventurous full-back has not looked back, making the No.2 spot his own.

His form has even led to speculative Manchester United transfer rumours in recent weeks.

Centre-back is another position where the Gunners have struggled at first-team level and that is reflected by the paucity of options there. Djourou gets the nod over fellow Swiss international Philippe Senderos who had played top-flight football in his homeland before moving to England.

Like Senderos, Djourou was seen as a prospect once upon a time with his physical attributes and versatility making him a regular for the Gunners after debuting in a League Cup tie against Manchester City in 2004.

However, errors became a regular occurrence and after loans with Hannover and Hamburg he was sold in 2014. He now plays for Turkish side Antalyaspor.

Think Huddersfield can end Wenger’s Arsenal career with defeat? The Terriers are 15/4 to beat the Gunners on the final day with FansBet

A left-back by trade, there was a time when the 28-year-old looked nailed on to follow in the steps of Ashley Cole, the man whose departure opened a pathway for Gibbs.

However, despite making the No.3 shirt his own between 2011 and 2015, winning ten England caps along the way, the Lambeth-born defender never fully convinced and was torn into by Roy Keane during a Champions League defeat at Bayern Munich in 2017.

That marked the end of his Gunners career after 230 outings and, last summer, he moved to West Brom. 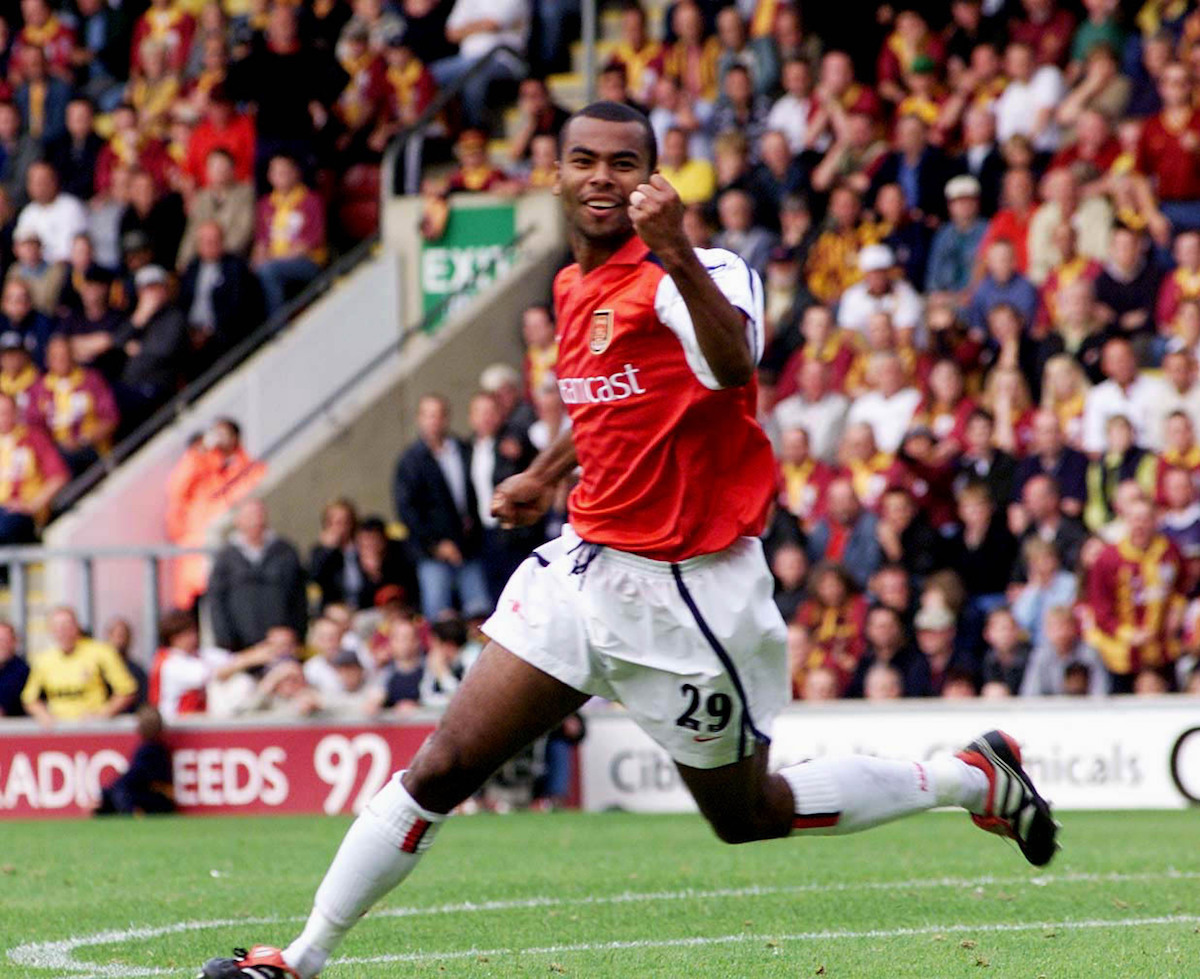 He might have left in controversial circumstances to join Chelsea in 2006 but there can be little doubting the fact the former England man is one of the finest talents to emerge from Arsenal’s youth set-up.

Currently with LA Galaxy following two unsuccessful seasons with Roma, Cole made his debut in November 1999 and, following a loan stint at Crystal Palace, succeeded Nigel Winterburn at left-back for the next six years, winning two titles and three FA Cups

However, his legacy was ruined when he joined Chelsea in a bitter swap deal for William Gallas after rejecting a ‘miserly’ contract offer of£55,000 a week.

Snapped up from Barca as a teenager in 2003, Fabregas was Arsenal’s youngest ever player when he debuted in a League Cup tie against Rotherham in October 2003. It was immediately evident the Gunners had a talent on their hands and he was soon the club’s youngest scorer after netting against Wolves in a later round.

Fabregas outgrew the Gunners and despite taking Patrick Vieira’s old No.4 shirt and, later, the captain’s armband he could not be placated any longer, returning to Barcelona in 2011.

Unable to break up the feted trio of Xavi, Sergio Busquets and Andres Iniesta he returned to the Premier League to join Chelsea in 2014, a dagger to the hearts of Gunners supporters. 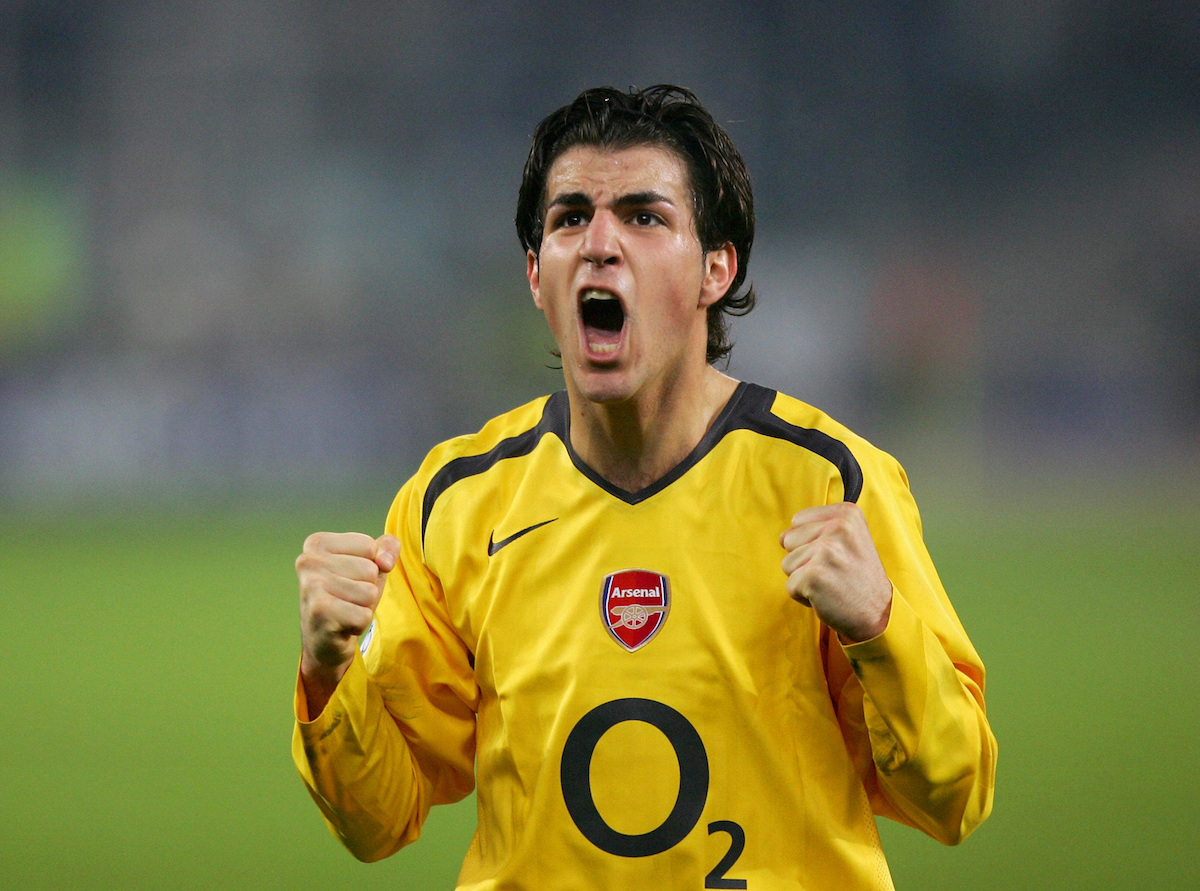 Few players’ Arsenal careers better typify the faith Wenger shows in homegrown prospects than Coquelin’s. The French enforcer made his debut for the Gunners against Sheffield United in 2008 but had to wait until 2011 for his Premier League debut which came in the 8-2 humiliation at Manchester United.

He was on loan at Championship side Charlton Athletic when his big chance finally came, recalled due to an injury crisis in December 2014. He made good on the opportunity, however, and for a time it appeared he may finally have solved the Gunners’ holding midfield problem.

After two FA Cup wins and 160 outings for the Gunners he joined Valencia in January for around£10million having fallen down the pecking order almost as quickly as he rose up it.

His future at the Emirates might be up in the air but Wilshere is by some distance the most talented player to have come through under Wenger’s watchful eye since Fabregas. The 26-year-old is out of contract in little over a month and, according to reports, an Everton transfer target this summer.

Having debuted in 2008, eclipsing Fabregas as Arsenal’s youngest player, Wilshere looked bound for the top. Injuries and off-field issues â€“ most notably a taste for cigarettes â€“ have halted the England international’s progress though he has looked somewhere near his best this term following a year out on loan at Bournemouth.

It was somewhat fitting that, in Wenger’s last home game as Arsenal boss, Iwobi scored a corker in the 5-0 win over Burnley. The 22-year-old Nigerian has been a lightning rod for fans’ frustrations but Wenger clearly feels there is a player there and has made him a mainstay of the side.

Nephew of Nigerian legend Jay-Jay Okocha, if Iwobi goes on to enjoy even a fraction of the career his uncle did in Europe â€“ notably with Paris Saint-Germain and Bolton Wanderers â€“ then Wenger’s faith in the winger will have been more than justified. 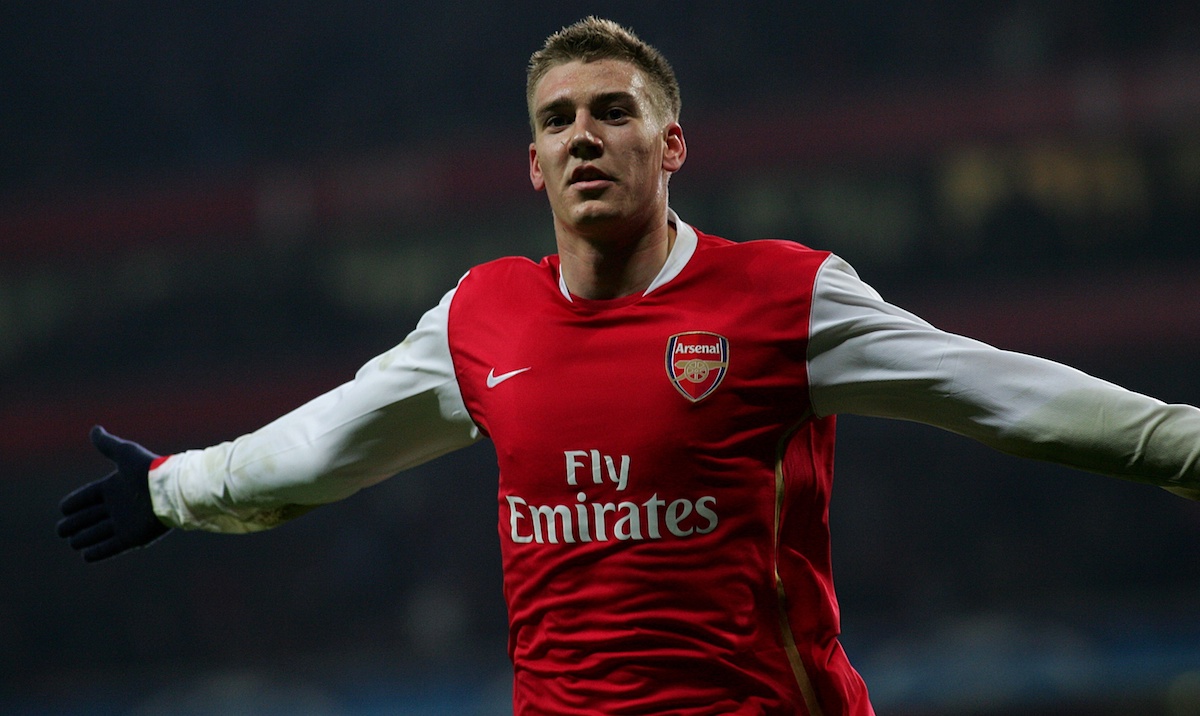 Remembered almost as a comedy figure at Arsenal, it says something about the pedigree of forward players who came out of the club’s academy during Wenger’s reign that Bendtner is, just about, considered the pick.

The Danish forward never lacked for faith in his own ability but on the evidence of 45 goals in 171 appearances for the North Londoners he was not half the player he thought he was. Back in Scandinavia with Norwegian side Rosenborg, he has a one-in-two record which far outstrips his best return in England of 14 in a season.

The German never established himself â€“ either with Arsenal or on loan at West Bromwich Albion â€“ yet could be considered the one who got away after joining Bundesliga giants Bayern Munich last summer.

Gnabry’s Arsenal career only comprised 18 appearances and a goal in all competitions but his form in Germany, where he has scored 21 times in the last two seasons with Werder Bremen and Hoffenheim, suggest the 22-year-old has plenty to offer â€“ just not to the Gunners.