Which teams should you consider for your Championship Acca?

We take a look at three games worth including in your Championship Acca this weekend.

Nottingham Forest endured another frustrating evening as the concession of a late strike hosting a struggling Millwall side left them with seven draws form their 11 matches to date.

They’ve lost just once, drawing four of their five on the road, but they travel to a Middlesbrough side that have the best home record in the division this season.

In fact, going back into last term Boro have won 11 of their last 13 at the Riverside and they’ve not conceded a goal this campaign.

Having won just one of their previous five in the league, Tony Pulis switched to a more attacking 4-3-3 system in their midweek trip to Portman Road and it paid dividends as they ran out comfortable 2-0 winners.

They look a generous price to us for all three points, especially as Forest have lost 12 of 13 trips to top six finishers from the last two seasons and current top six sides. 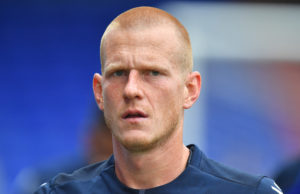 Nottingham Forest’s captain Ben Watson will be hoping to take something from the Boro game.

Swansea kept their sixth clean sheets in 11 outings and their fourth in their last five as they drew 0-0 at Wigan.

If they get ahead it’s difficult to see Ipswich getting back into it as not only are the Swans one of the strongest sides defensively in the Championship, but the Tractor Boys have one of the meekest attacks.

The visitors are still the only winless team in the division and on their travels, they’ve lost four of five winless matches, failing to score in three of these defeats.

Furthermore, they’ve lost 10 of 13 trips to top-half teams since the start of last season with seven of these without scoring.

The Swans have won both their home matches against bottom-half teams this season so look an excellent price for all three points, but given both were without conceding, any victory is likely to be to nil. 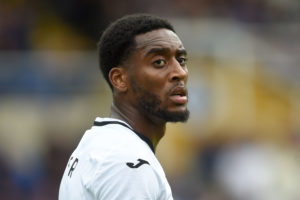 Will Swansea captain Leroy Fer get a win this weekend?

West Brom were unable to return to the summit of the Championship as they drew at Sheffield Wednesday, but they’ll be grateful to leave Hillsborough with a point having been two down with just five minutes to play.

Once again, they were able to call on their attack to bail them out as they’ve managed just one clean sheet this term.

Back at the Hawthorns though, they’ve netted 15 times in four consecutive victories and it’s going to be a tough ask for Reading to keep pace with them.

The Royals are unbeaten in four on the road though, as they’ve shown an eye for a goal with both teams scoring in each of these.

However, it’s likely they’ll make this trip without their two top scorers Jon Dadi Bodvarsson and Sam Baldock, both of whom are injured, and between them they account for nine of Reading’s 14 goals this term.

Neither lined-up in their 1-0 home defeat to QPR midweek, and so the Baggies should have no problem covering the handicap in this one. 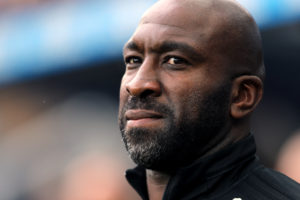 Will West Brom’s manager Darren Moore get a win this weekend?

Nottingham Forest: ‘The start of the season has been an unmitigated disaster.’