West Bromwich Albion’s 5-3 win over Manchester United in December 1978 wasn’t just one of the most entertaining games of the decade, it was a performance that is still talked about today – a beacon of light during English football’s darkest days.

West Brom arrived at Old Trafford on December 30, sitting top of the old First Division table as the year came to a close and under the guidance of future Reds boss Ron Atkinson.

United, on the other hand, were floundering in mid-table, their FA Cup win 18-months before being their only piece of silverware in a fallow 15-year period which had seen them slip into English football’s second-tier just four years previously.

To make matters worse, the home side, managed by Dave Sexton, had just lost 3-0 at Bolton before suffering another 3-0 defeat at Anfield against bitter rivals Liverpool, who were looking to reclaim the league title from Brian Clough’s Nottingham Forest.

In stark contrast, Albion were flying high after a run of nine wins from 10 games – including a 7-1 thrashing of Coventry City – had propelled Atkinson’s side to the summit of the league. 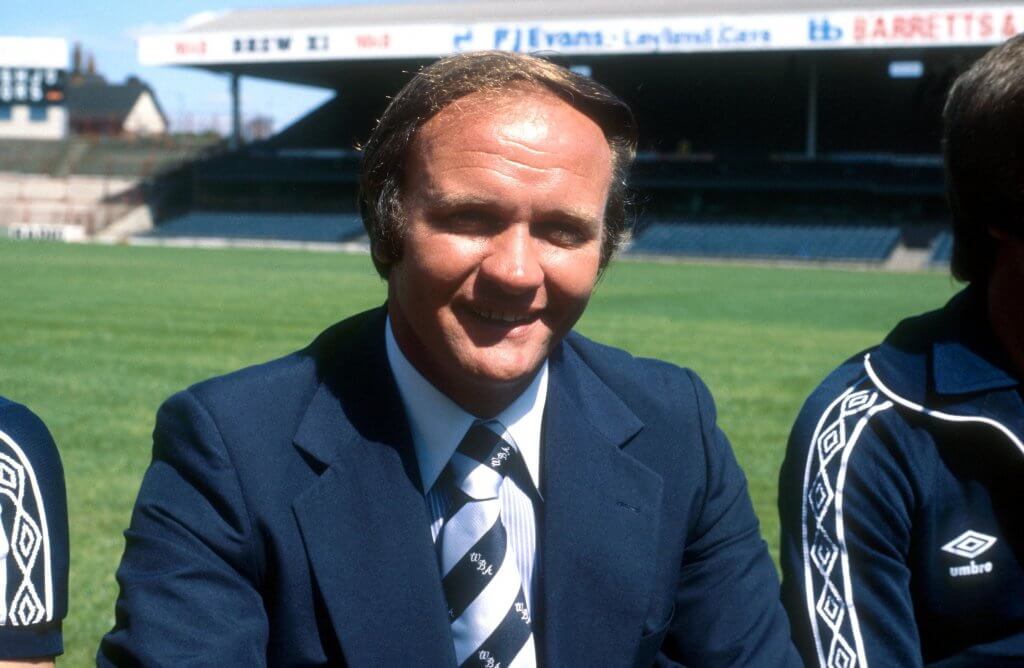 That West Brom side featured several of the club’s most famous players, including skipper John Wile, future England captain Bryan Robson, Len Cantello and Tony Brown, who was coming towards the end of a long career that eventually saw him score 218 times in 574 games for the Baggies.

But the game would be chiefly remembered for the performances of Laurie Cunningham and Cyrille Regis, both in their youthful pomp and prominent among the trail-blazing black footballers of the seventies.

Along with Brendan Batson, the three were labelled the ‘Three Degrees,’ after the popular female vocal group of the 1960s and ’70s in a somewhat disturbing, though not necessarily surprising, demonstration of just how players of colour were viewed at that time.

Three fine individual footballers in their own right – but in the far less racially diverse atmosphere that existed in 1970s Britain –  players who should have been appreciated more for their natural flair and talent rather than the colour of their skin.

Unfortunately, many of the 45,091 inside Old Trafford that day didn’t see it that way and the monkey chants and heckles each time one of the trio touched the ball are still audible in the highlight reels that exist today – encapsulating the cultural wilderness that existed back then.

Despite their contrasting league positions, United gave as good as they got as Brian Greenhoff opened the scoring with a fine volley from the edge of the area, only for Cunningham, with abuse ringing around him, to set up Tony Brown for the equaliser. 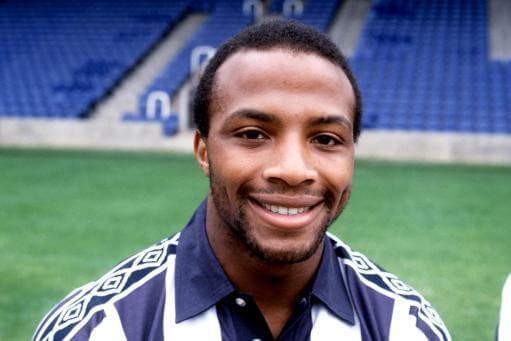 A neat backheel by Regis then played in Len Cantello, who fired into the roof of the net as Albion turned the game on its head in the blink of an eye.

Incredibly, there were still more goals to come in the first-half as Gordon McQueen and then Sammy McIlroy put United 3-2 ahead.

And with almost the last kick of the half, Brown pounced again to make it 3-3, a strike that was lost on the Albion boss who had already prepared his half-time team-talk as the sides headed for the dressing room.

“I went in and told them that they didn’t deserve to be losing 3-2 and that there was no reason in the world why we should not grab an equaliser,” Atkinson later recalled.

‘They all just sat there and looked at me like I was mad. Then Tony Brown said: ‘Boss, it’s 3-3. I have just equalised.’ 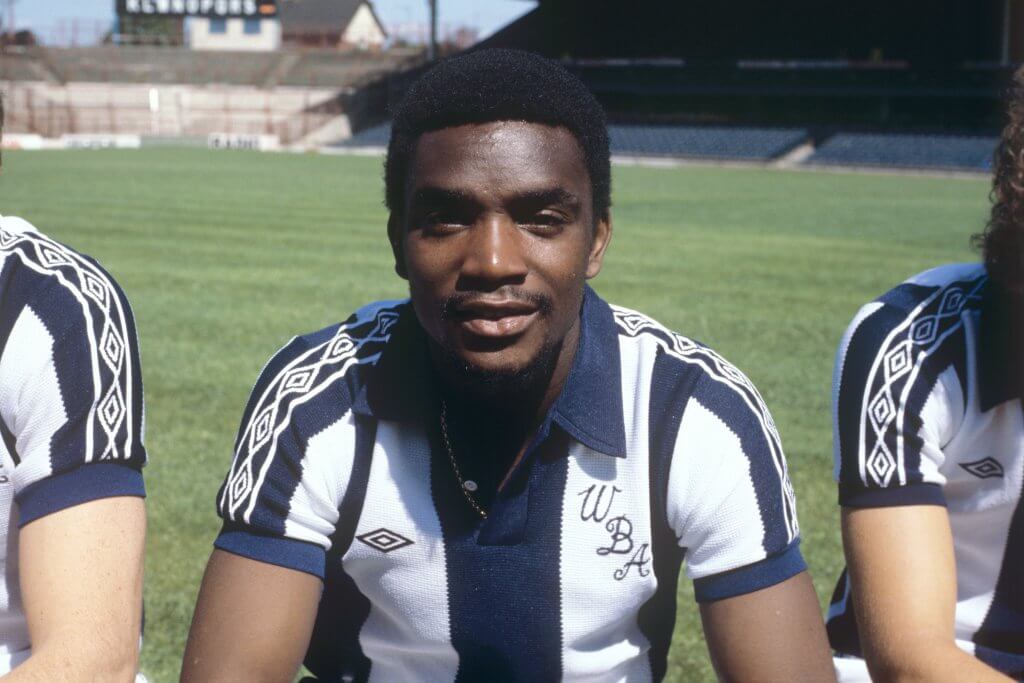 The second half saw West Brom take the game to United as Regis had a header cleared off the line by Greenhoff, before his 25-yarder was clawed away from the top right corner by United ‘keeper Gary Bailey.

Though he would turn provider with 15 minutes left when he sent Cunningham through to score West Brom’s fourth, a strike which must have felt all the sweeter considering the abuse he’d received almost immediately from kick-off.

That wasn’t the end of matters though, with Regis scoring a fifth himself as Albion took all three points in emphatic fashion.

“It was a fantastic game to play in and we were a great team. Everyone played their part that day, as they did for the whole season.” Albion’s Tony Brown would later reflect.

“We played some great football that day. We felt we could beat any team in the league that season.”

Albion followed-up that incredible performance with a win over Bristol City just 48-hours later but, in truth, they weren’t able to build on that famous victory, eventually finishing third in the table after a poor run of form around Easter.

As for United, they finished ninth and, just two years later would employ the services of Ron Atkinson, who would also bring Bryan Robson with him to Old Trafford in an effort to win the league title for the first time since 1967.

West Brom never quite reached the dizzy heights achieved by that 1978 vintage – but their stunning performance at Old Trafford on that December day – against the backdrop of abuse and catcalls aimed at the likes of Cyrille Regis and Laurie Cunningham – remains one of the most famous wins in the club’s history.

“We were capable of some smashing stuff and it was certainly one of the most enjoyable spells of my time in the game,” Ron Atkinson would later reveal.

“My only regret was that we should really have gone on to win the league that year and we didn’t.”

The 5-3 defeat of Manchester United by West Bromwich Albion in December 1978 is often regarded as one of the greatest games in English football.

But perhaps more importantly, it marked the explosion onto the football scene of three pioneers of the game who would pave the way for future generations of black players to excel in the coming years.