What I Miss Most: Joe Hinchcliffe from Canary Cast

As football fans up and down the country lament the loss of live football, we asked some of our Fan Partners what they miss most about not going to the match. Here's Joe Hinchcliffe from Canary Cast.

March 4, 2020, was my last game in a stadium as Norwich beat Tottenham on penalties to advance in the FA Cup on an unforgettable night for more reasons than one.

It was also my first trip to the new Spurs stadium – incredible cathedral of football – I didn’t know it then, but it would be my last game for what, at the time of writing, is 8 months.

The withdrawal symptoms involve sitting alone in your living room, aimlessly shouting at the TV, bemoaning the iFollow producer that has become obsessed with irrelevant slow-motion cuts to player reactions after blazing a shot over – only to abruptly cut back to the match as the opposition break into the Norwich penalty area.

Match reviews now take place in the spare room via video call, when the bandwidth is stable it is possible to almost enjoy talking about the game with your mates, its not the same though.

Matchday ritual is a big thing for me, I like to do my pre-match routine; get down the pub nice and early to meet mates and have a few pints whilst we discuss the game, place an accumulator – with FansBet of course! – maybe this week I’ll turn my fiver into profit, maybe. Probably not. 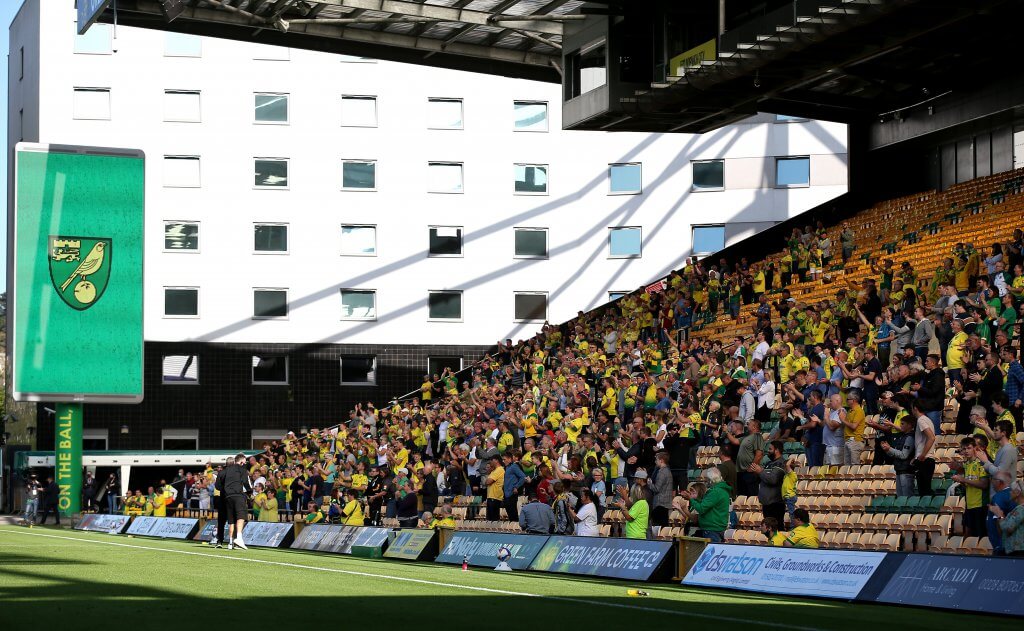 The walk to the ground is a moment I really miss, 27,000 people descending onto Carrow Road all with the same common purpose, to see City get 3 points, that’s it, for 90 mins all anybody cares about is the result.

It’s trivial really, it’s a game after all, but no matter what people have going on in their lives, for a moment in time its all forgotten and all you care about is the ball hitting the back of the net.

The smell! God, I miss the smell. Pies, beer, sweat, it doesn’t sound like a heady concoction of nostalgia, but trust me it is.

It’s gotten to the point where I even miss the miserable bloke sitting behind me, bemoaning the patient passing play Daniel Farke and his team have worked to perfect for 4 years.

Screw up the blueprint and start again, Daniel, Alan from Stalham isn’t having it – yep, I even miss him.

When football – proper football – returns I’ve vowed to never take it for granted again, I’m addicted and I need my fix.