MMA Viking betting preview, tips and enhanced odds for another big night in the octagon at UF 231!

FansBet MMA expert Ryan O’Leary previews the upcoming UFC 231 going down in Toronto, Ontario, Canada this Saturday.  The main event features a featherweight showdown between champion Max Holloway taking on the undefeated prospect Brian Ortega, and an intriguing co-main event highlights former champ Joanna Jedrzejczyk taking on Valentina Shevchenko for the vacant flyweight belt.  Londoner Jimi Manuwa will also look for his way toward the top of the light heavyweight division with an exciting main card matchup versus Brazilian Thiago Santos. Check out our betting preview and tips for the event and take advantage of our enhanced odds available.

With Jesse Ronson (20-8) taken out of his fight against Diego Ferreira (13-2) due to a bad weight cut, there will only be three bouts available to watch on UFC’s online streaming platform UFC Fight Pass.  Chad Laprise (13-3) will be up first against Dhiego Lima (12-7).  Canada’s Laprise won The Ultimate Fighter Nations in 2014, and will look to show off his striking advantage in front of his home country fans against the big underdog Lima.

Devin Clark (9-2) will face Austria’s Aleksandar Rakic (10-1).  Rakic is a massive favorite following his recent two UFC wins, and overall 10 fight winning streak.  Clark will have to find a way to use his wrestling to get the fight in his domain, but it is unlikely he can do this for three rounds.

Prospect Brad Katona (7-0), who won The Ultimate Fighter 27, will face Matthew Lopez (10-3).  Another Canadian born fighter in Katona is a favorite, but Lopez does have a chance for the upset here if the two end up spending a lot of time on the mat.

Olivier Aubin-Mercier (11-3) will face Gilbert Burns (13-3) in a battle of skilled grapplers to kick-off the undercard.  The “The Quebec Kid” did KO Evan Dunham to recently show his potential, but watch out for the Brazilian to have an advantage when the two clinch.

Former American football star in college, Eryk Anders (11-2) will take on pretty boy Elias Theodorou (15-2).  Anders hype has slowed with recent loses to former chap Lyoto Machida and Thiago Santos, but gets a good matchup here against Canadian “The Spartan.”  The middleweight has won his past four of five bouts, and looks to slow “Ya Boy’s” rise again in this pick em’ bout.

Jessica Eye (13-6) has made the most of the new 125 lbs. division where she will look for her third straight win against Katlyn Chookagian (11-1).  “Evil” is lucky to be in the UFC with a four fight losing streak just a few years ago, but gets a real marquee matchup with “Blonde Fighter” that has won three straight bouts by decision giving her status as the odds on favorite.

Fan favorite Claudia Gadelha (16-3) will be a big favorite over Nina Ansaroff (9-5) as she looks to climb to a title shot in the straw weight division.  The powerhouse Brazilian grappler does have some cardio issues, so will have to be patient against striker Ansaroff that has put together a solid 3 fight winning streak.  A high kickboxing work rate from distance for the American is the best strategy against the aggressive Brazilian.

Relatively unknown fighters will kick off the main card as Dawodu will face Bochniak.  Canadian Dawodu will find an arena of cheering fans urging him on.  After stumbling in his pro debut, where striker Dawodu was shocked with a big punch by Danny Henry who landed a big right then submission at UFC FN 127, he will now look for his second win to get the hype going again.  While coming off a loss, Bochniak battled one of the hottest prospects Zabit Magomedsharipov to a Fight of the Night battle in his debut.  The American is an underdog again, but look for fireworks in this one.

Manuwa will take on Santos, and you won’t see two more powerful fighters step into the cage.  This is a chance for the 38-year-old Londoner snap a two fight losing streak.  The “Poster Boy” will meet Santos, whom he was scheduled to meet three months ago, but pulled out due to an injury just days before the fight.  The Brazilian has moved up from middleweight and did not have a problem stopping late-replacement American Eryk Anders at UFC Fight Night 137 and earning $50,000 for Performance of the Night.  A play on this fight finishing before the bell rings at the end of round 3 would be a good one, or take the underdog Manuwa to land a counter punch early for a stoppage.

Nelson has recovered from knee surgery and ready for his return after losing to eye-poking Santiago Ponzinibbio at UFC Fight Night 113 in July of 2017.  “Gunni” will face Oliveira who has been much more busy of late, and will compete for the third time this year.  The Brazilian “Cowboy” has won six of seven of his last bouts, and is on a two fight winning streak including a second round stoppage of Carlos Condit.  Nelson is a favorite, and if you have seen his new physique I expect to see the Icelandic fighter to start a run to a title shot after a few bumps in the road.

The co-main event is a high-stakes one that will crown one fighter the first ever UFC women’s flyweight champion.  Shevchenko has high-profile wins over former champ Holly Holm and Julianna Pena, and has long been seem as the eventual belt holder upon the creation of the new division.

The “Bullet” will be dropping down from bantamweight, while will the former strawweight champion Jedrzejczyk will be moving up, a change she has teased after years and years of very hard weight cuts.

On this note, Shevchenko will have the physical advantage and her wins over Jedrzejczyk in Muay Thai competitions years ago may also give her the mental edge.

You will not see a happier or healthy “Joanna Champion” leading up to the fight by not focusing on a weight cut.  The Polish fighter will however have her hands full in this one, and I like the Shevchenko to be the bully in this one and leave with the belt.

Champion Max Holloway will face challenger Brian Ortega in the 5 round main event.  The Hawaiian fighter is coming in with an amazing 12 fight winning streak.

The biggest mystery in this fight is the status of “Blessed” who has not fought in more than a year, after having a mysterious medical issue withdrawal when the first were set to square-off at UFC 226 in July.

UFC 231: Inside the Octagon – Holloway vs Ortega

He has however notched two wins over MMA legend José Aldo in his last two outings, and now looking to knock off the up-and-coming undefeated prospect “T-City” .  Ortega on the other hand has stopped every one of his six opponents since stepping into the UFC’s octagon with 3 by punches and 3 by submission.

Holloway comes in a slight favorite and he should be if he comes in as his usual self.  Ortega is always a threat on the ground with his high-level submission skills, but after his stoppage of former champ Frankie Edgar by strikes in his last fight, the Californian is a live dog.

I like Holloway to use his reach to outpoint Ortega over 25 minutes in a fast-paced, high-level kickboxing bout, but this one could go either way.

Fansbet are committed to giving 50 per cent of their net profits back to fans. To find out more about how they do it, click here! And is that is not enough check out our Fan Boosts here. The best odds and an unrivalled range of special bets!Fansbet, about Fans, by fans, for fans.*odds subject to change.
Serie A Acca Serie A Bet 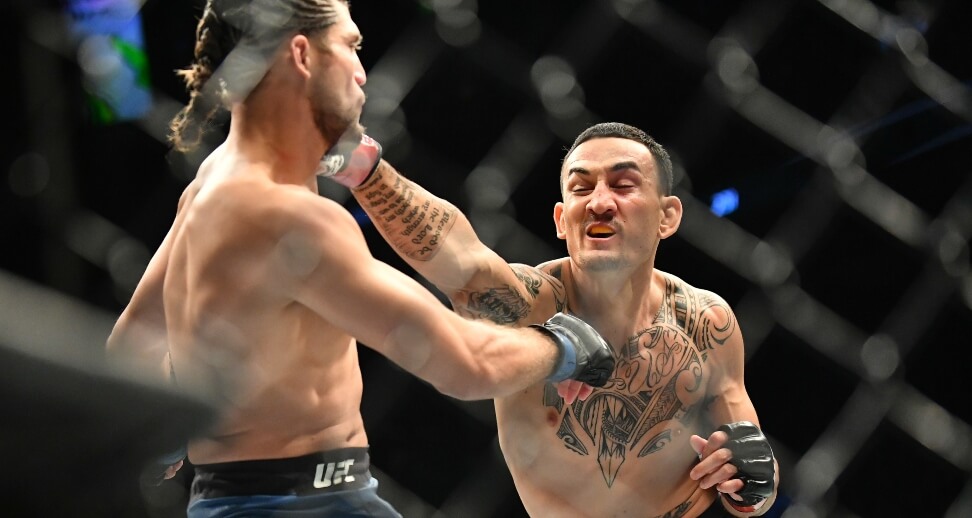 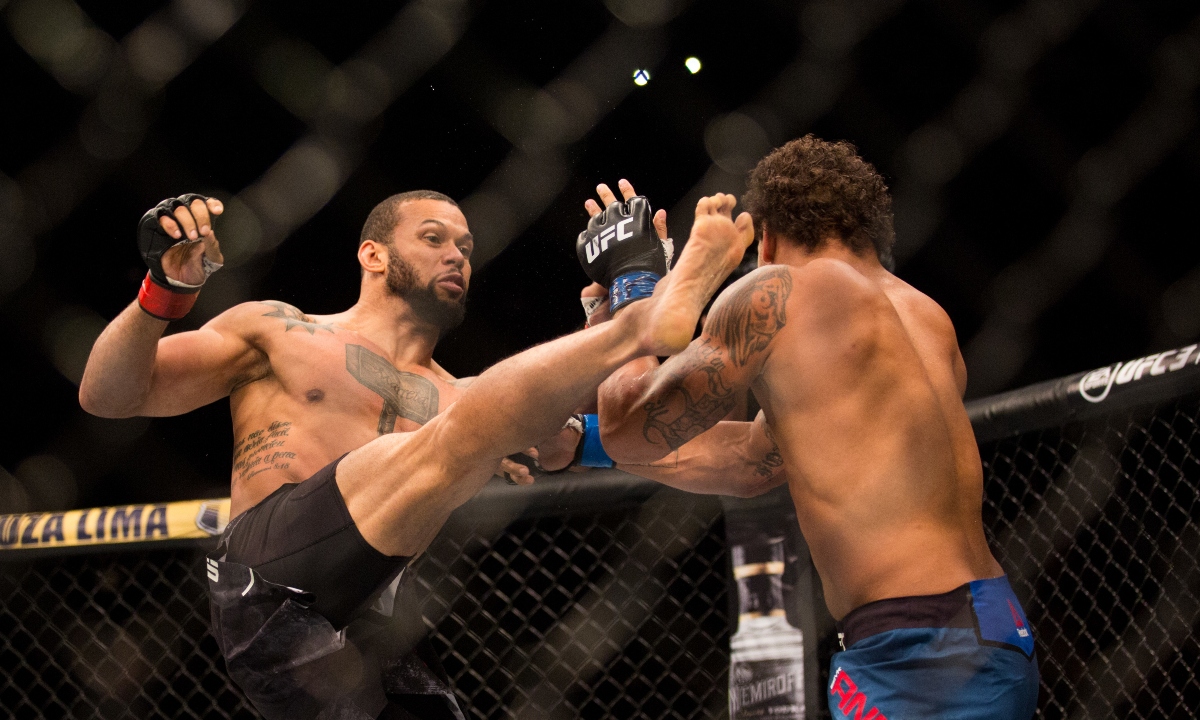