Some big games in the UEFA Nations League on Saturday and Form Labs have picked out some prospects in the goalscoring markets for you to back. Check out their betting tips and odds for players that could find the back of the net. If you are looking for some additional value for Saturday’s games then check out our Nations League acca of Serbia, Italy and Turkey all to win here!

Aleksandar Mitrovic has an impressive 21 goals in 44 internationals, but the 24-year-old only netted twice in his first 18 appearances and has since come of age with 19 across the subsequent 26. In fact, he’s ramped it up with 10 goals across his last 10 caps, including braces against both Romania and Montenegro themselves in the UEFA Nations League. His club side Fulham are enduring a miserable season so far, but their problems have been at the back with Mitrovic contributing five goals and an assist in 12 matches domestically. Frankly, Serbia are a much better team than Montenegro, and Mitrovic will be kicking himself if he doesn’t bag at least one on Saturday.

Cenk Tosun isn’t the most prolific striker but he’s scored twice in his last four domestically for Everton, while he has 11 goals in 24 starts for Turkey since November 2015. Sweden are the perfect opponents for the number nine to build his confidence, with Turkey already exceeding expectations in Group B2 as they were paired with World Cup quarter-finalist duo Sweden and Russia. Indeed, Janne Andersson’s side are without a win in five and have taken just one point from their two UEFA Nations League matches to date, losing 3-2 when hosting Turkey, and they’ll find life more difficult in the cauldron environment of Turkish football. The Swedes need at least one win from their final two games and so they’ll need to take the game to Turkey which is totally against their usual strategy of a tightly-knitted defence, lumping the ball long on the counter and utilizing their height at set pieces. That should offer up some space on the counter for the likes of Cengiz Under to exploit, and Tosun should be the beneficiary in the middle up top.

Cristiano Ronaldo misses out once more, and while Bernardo Silva has been making huge strides at Man City, the diminutive midfielder will be burdened with creating chances rather than finishing them off, with Sevilla’s Andre Silva the new go-to man for goals. Indeed, he’ll be desperate to impress at the San Siro after Milan never saw the best of him, with his record of two goals in 24 league games for the Rossoneri paling in comparison to the seven in 11 he’s produced for Sevilla so far this term. He can boast a very healthy 14 goals in 29 internationals, including a strike each in both UEFA Nations League matches to date, while he’ll benefit from the additional boost of spot-kick duties in the absence of the Juve superstar.

Scotland suffered a disaster during the last international break as they lost to Israel, but they’ll know a point against Albania will keep them safe from relegation, though they’ll need to couple it with a win over Israel on the final day to top the group. Fortunately for them, Albania haven’t looked particularly solid at the back as they’ve conceded 11 times across their last six matches including 3-0 and 4-1 defeats hosting Kosovo and the Ukraine respectively. Steven Naismith and Leigh Griffiths are absent through injury, which should pave the way for Steven Fletcher to lead the line. Six of his nine international goals may have come in hat-tricks against Gibraltar, but he’s by far and away the leading marksman in this squad with the only other player to score more than a single goal for the national side captain Andy Robertson with two.

While Lithuania have lost 15 of their last 18 matches, conceding at least twice in 12 of these games, their hosts Romania are enjoying a run of five wins from eight unbeaten games. They scored at least twice in five of these, and we can expect more of the same with the hosts still just about in contention for an unlikely first place finish.

Stanciu Nicolae made his debut for Romania back in February 2013, but had to wait a while for his next opportunity as he didn’t feature again until March 2016, though he’s made up for lost time by cementing himself as unambiguous first choice starter. He has nine goals in 26 appearances since his second cap, including three in his last seven, and should experience more joy against a team that’s shipped three times as many goals as anyone else in Group C4. 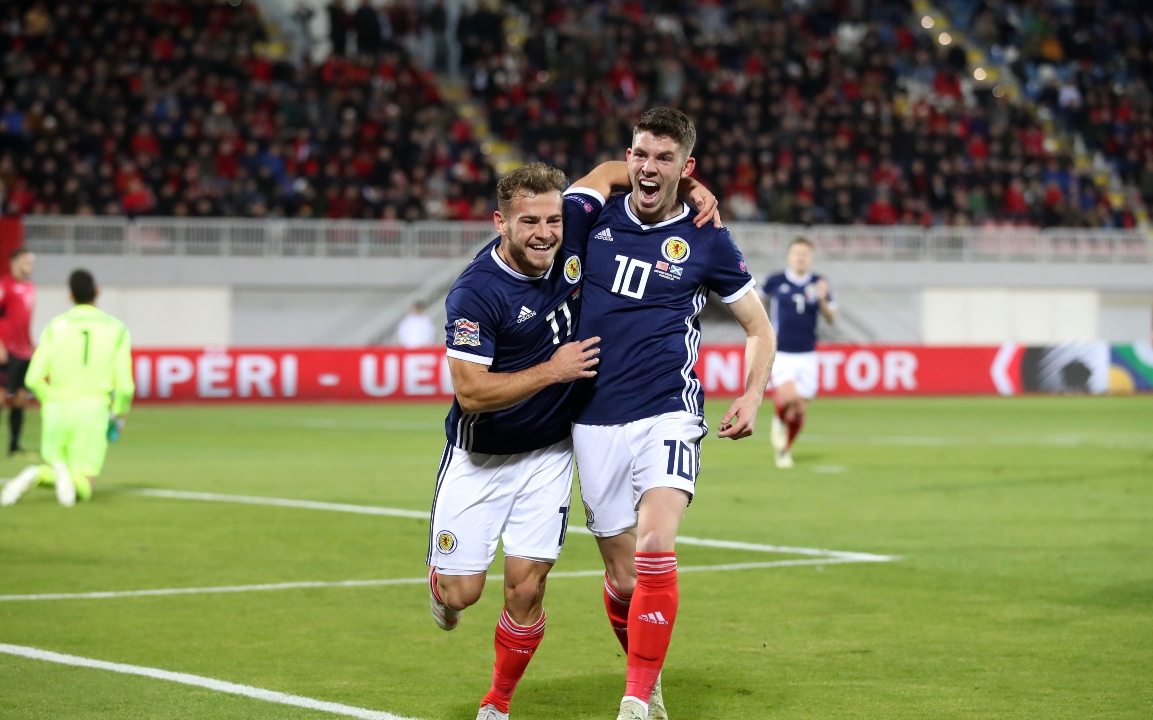