In 1988 the average house price was £60,000, while a pint would set you back 85p. It was also the last time the BBC broadcast a live top-flight English league game - until now that is.

The BBC will show four matches when the Premier League returns this summer, the first time that they have featured live, top-flight, English football live in over 30 years.

The games will be beamed to the nation when the season eventually resumes on June 17th, meaning Premier League games will be covered as-they-happen on a channel that hasn’t broadcast a live league fixture since 1988.

In an era of wall-to-wall television coverage, it’s hard to imagine there was a time when TV companies turned their back on football in England; but in the mid-1980s that’s exactly what happened as a dispute between clubs and TV executives often ensured that armchair viewers would miss out.

In 1986, both the BBC and ITV successfully negotiated a deal worth £3.1m a season for the next two years – around £8.4m in today’s money – to show just seven games between them, slim pickings seeing as armchair fans can look forward to 92 live games in the coming months alone.

Little did we know it at the time, but the North London derby between Arsenal and Tottenham on March 6, 1988, would be the last time that the Beeb would broadcast a game from England’s top division for the next three decades. 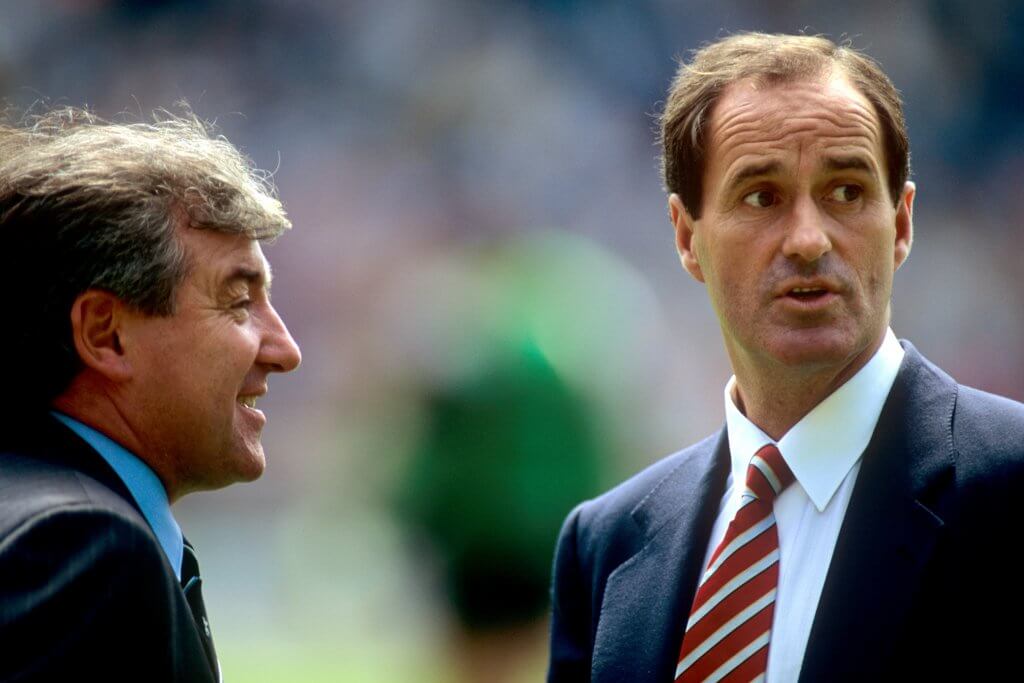 1988 saw a new and exclusive TV rights package brokered between The Football League and ITV, which brought The Match to our screens almost every Sunday before Sky burst onto the scene following the formation of the Premier League; bringing with it the blanket coverage which is now taken for granted in what they boldly rebranded as a: “whole new ballgame.”.

In the years since, the BBC has had to make do with FA Cup games and international tournaments as well as their flagship Saturday night highlights show Match of the Day, but as they prepare to bring us the best that the top-flight has to offer once more; it might just revive memories of the way things used to be.

The game in question pitted two local rivals who had been in the footballing wilderness for some time with Arsenal, who had won the League Cup the previous year, but not won the title since 1971, and Spurs, struggling in the bottom half of the table under new manager Terry Venables and without silverware for seven-years.

Not surprising then, that a crowd of just 37,143 people turned up for this Sunday afternoon encounter which many others obviously chose to watch from the comfort of their own armchair in the days of free-to-air football coverage judging by the swathes of empty terraces.

Nevertheless, host Jimmy Hill and pundit Trevor Brooking, sporting a strikingly colourful tie, did their best to hype-up a game which, in truth had very little riding on it, in a build-up show which lasted just over five minutes following the omnibus edition of Eastenders. 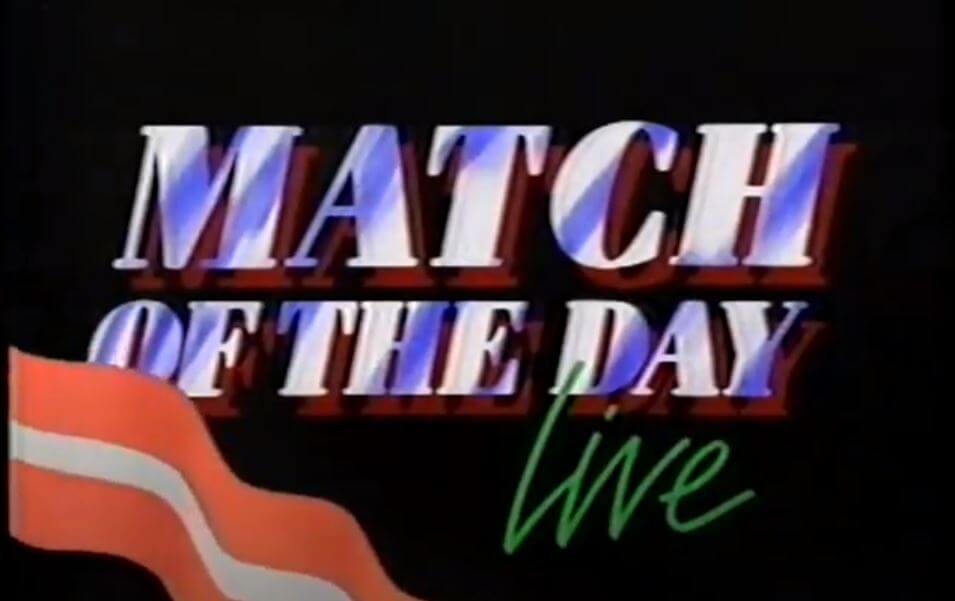 “The tie is a bit bold,” chuckled Brooking. “But the prediction isn’t going to be, I’m going to have to take Arsenal,” he said in the typically short analysis that viewers were afforded at the time, before the camera cut to the two teams as they took the field.

Meanwhile, viewers not enamoured by the prospect of what looked to be a drab, one-sided, encounter had the choice of The Purple Plain, starring Gregory Peck, The Young Doctors or Brookside as an alternative in an era of just four television channels.

But those who kept the faith weren’t to be disappointed as the 102nd meeting between these two great sides burst into action with Alan Smith firing the Gunners ahead with just two minutes on the clock following a defensive mix-up.

The prolific Clive Allen, who had scored a whopping 49-goals in all competitions the previous season,  drew Spurs level with 35 minutes remaining, only for Arsenal winger Perry Groves to swivel inside the area and blast the ball under Bobby Mimms to seal all three points for the home side in the 70th minute.

If the pre-match build-up was brief, the post-match analysis was all but non-existent with just four minutes between the final whistle and the end of the programme. 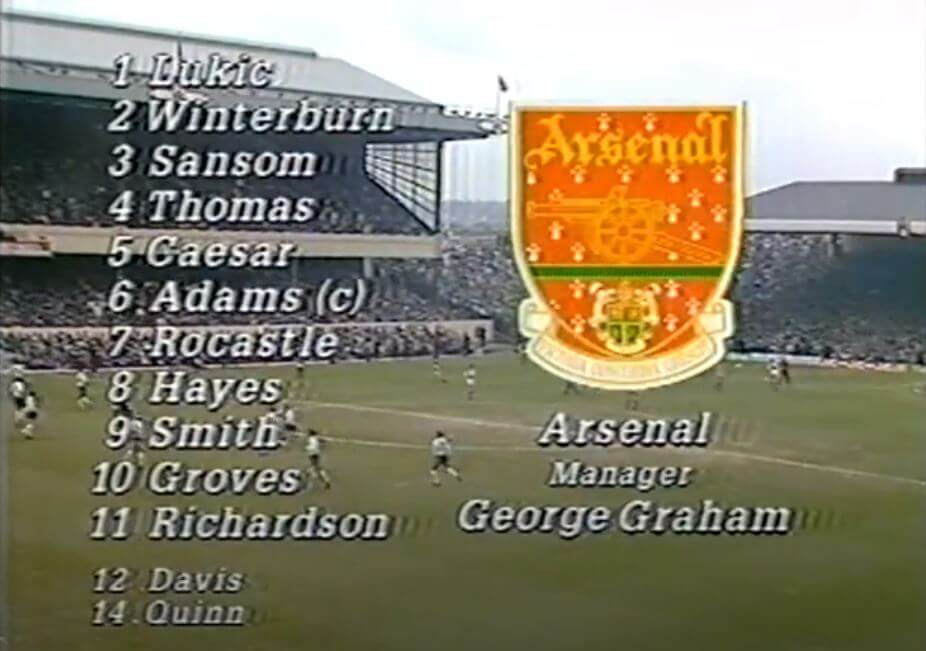 Just enough time to show the three goals once more and for Trevor Brooking to announce Tottenham’s Paul Walsh his man of the match; before top-flight English football on the BBC was gone for another 32-years.

In footballing terms, the 1987/88 season will be most memorable for the dominance of Kenny Dalglish’s Liverpool side, which contained the likes of John Barnes, Peter Beardsley, John Aldridge, strolled to their 17th title by playing some of the most blistering football ever seen.

Then there was one of the biggest FA Cup final shocks in history as Wimbledon, who’d only been a league club for 11 years, stunned Liverpool as they chased their second-ever double.

But in terms of broadcasting, it was a season to forget before the feast of football that we now know and take for granted eventually became the norm with the dawning of the 1990s.

Apparently, less is more, but how many soccer-starved football fans will agree with that sentiment with the prospect of live games being broadcast on an almost daily basis over the coming weeks and months? 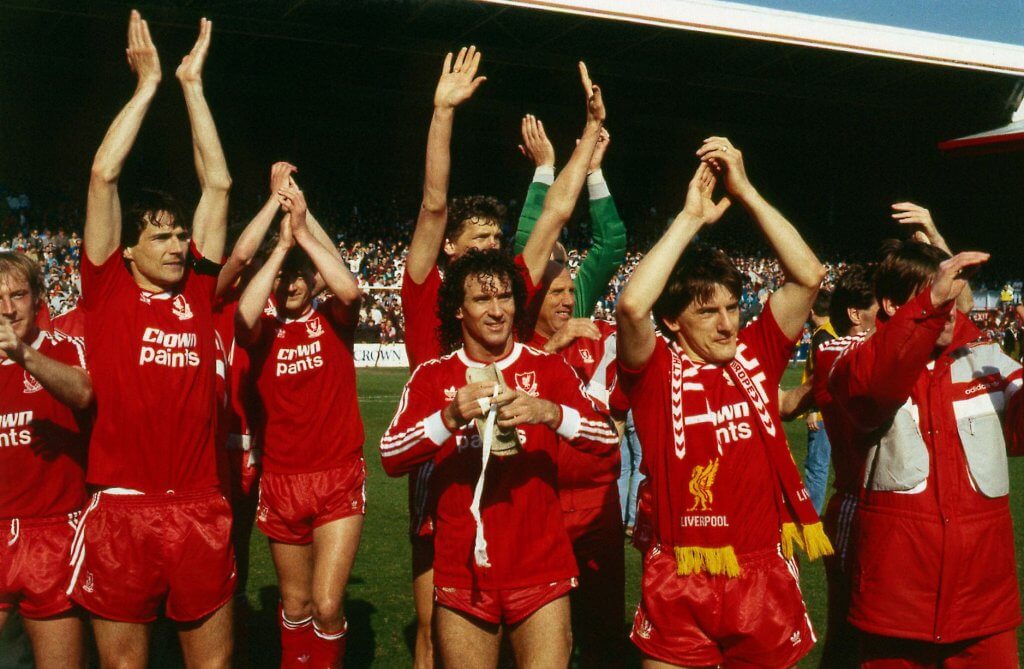