Tranmere Rovers: ‘We are looking for promotion this season.’

"The supporters are well aware of the situation we are in, but we believe we belong in League One," says Paul from This is Tranmere Podcast.

Micky Mellon celebrated 100 days in charge of Tranmere Rovers for the second time last month as the club looks to bounce back from their demotion to League Two at the end of the 2019/20 campaign.

The 49-year-old led Tranmere to successive promotions from the National League to League One in 2018 and 2019, before ending his four-year stint at Prenton Park last July after the club were relegated from League One on a points-per-game basis.

But he would return just 12 months later following the departure of Keith Hill, after his dismissal on the eve of the play-offs.

Tranmere’s relegation in 2019 was confirmed after League One clubs voted to end the season via an unweighted points-per-game (PPG) system.

Rovers’ 32 points accumulated after 34 matches equated to an average of 0.94 PPG, producing an overall points tally of 41.41 points with Southend and Bolton also being relegated.

It came as a crushing blow for Micky Mellon’s men, who returned to League Two after less than one season back in the third tier, but fans believe it’s now time to put that disappointment behind them and start looking to the future. 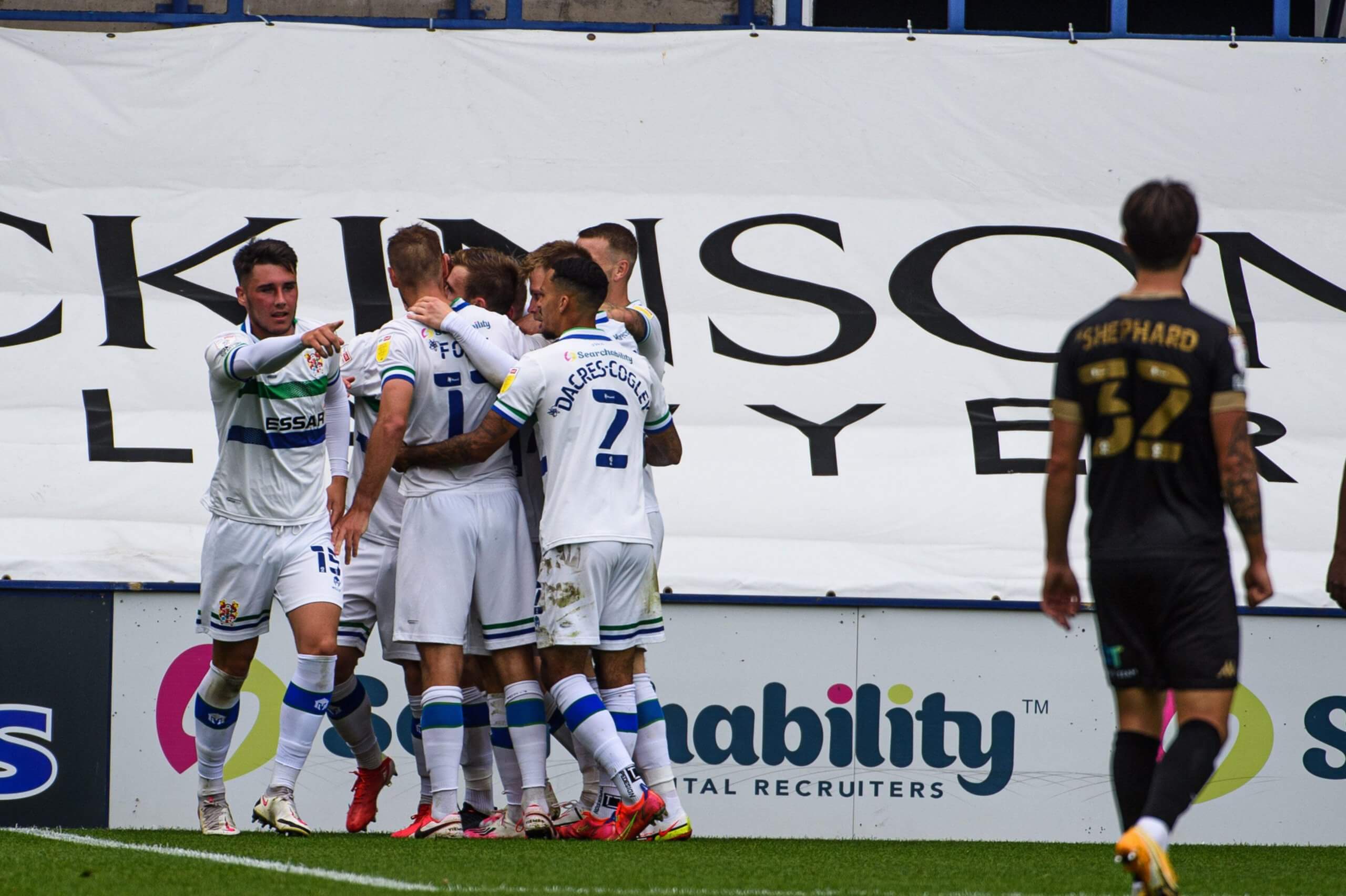 “There was a sense of injustice but that has passed now,” Paul from This is Tranmere Podcast tells FansBet.

“We were on a good run and had to play some of the teams that were in and around relegation places at the time.

“Time has moved on and that is something that happened in the past, now we want to get back to what we believe is our rightful place in League One.”

Rovers fell painfully short in the first attempt to bounce back to League One last season.

The club clinched a play-off place after finishing 7th in the League Two table, taking 73 points from 46 games.

But they were beaten in the semi-finals by eventual winners Morecambe, with manager Keith Hill paying the price for a poor end to the campaign despite taking his side to the final of the Papa John’s Trophy at Wembley, which they lost to Sunderland.

“It was disappointing missing out on the play-offs,” explains Paul.

“We were in a good position with five or six games to go and kind of blew it. But the style of football under Keith Hill was really poor and boring.

🙌 “He gets the club and he gets the fans. He can bring some good times back to Tranmere.”

⬇️ “League Two is below where we feel like we belong.”

🏆 “Promotion is what everyone’s expecting.”

Paul from @ThisIsTranmere says #TRFC must challenge for promotion this season 🤍 pic.twitter.com/OnB62km84O

“We had a good run in the Papa John’s Trophy, but in the league games it was very dour, we didn’t score many goals at all for a month or two towards the end of the season.

“I think he lost the fans and lost the dressing room and with supporters back in the stadium, there would have been a really bad atmosphere at the ground if Hill had stayed in charge, so I think it was a just decision to let him go.”

Hill’s departure would see Micky Mellon rejoin Rovers one year after his departure from Prenton Park.

In the sole season he spent at Dundee United, he guided the club to a ninth-place finish in their first season back in the Scottish Premiership and also reached the Scottish Cup semi-finals.

And fans are now hoping that he can rejuvenate Tranmere as they look to climb back to where they believe the club belongs.

“I’m really pleased that Micky Mellon is back in charge,” says Paul. 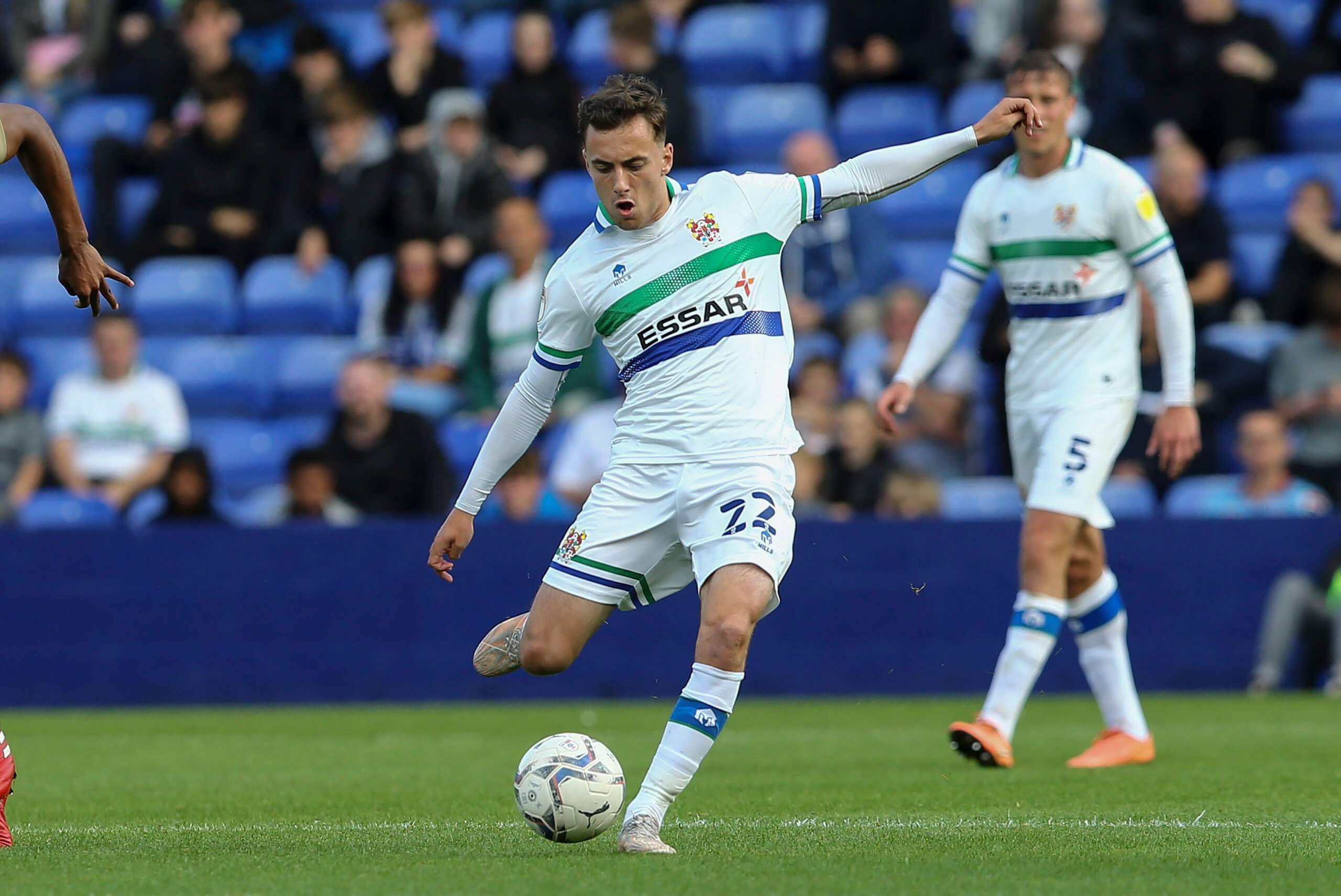 “I thought he did really well in his first spell with two promotions back-to-back and on the whole, it was a beaming success.

“Getting us out of non-league football was the main aim when he came in and then he took us into League One.

“I’m really glad he’s back; he gets the club and gets the fans. He’s done it before and he can do it again I think.

“Promotion is what everyone is expecting now though and we have high expectations for the season. We have to get back into League One.

“Maybe the manager hasn’t been backed as well as he could in terms of transfers and deals being done late on, but we’re starting to see more of what he wants to build going forward and there have been some positive steps.

“The supporters are well aware of the situation we are in but we believe we belong in League One and, with the quality of the players we’ve got, we are looking for promotion this season.”