When it comes to following Trafford FC few trips are as memorable as Corby away in the FA Cup and here's why...

I was excited about going to my first ever Trafford away game but not as excited as the person who woke me up at 7am asking, “can we get up yet?”

After much annoyance and jumping on the bed like a kid at Christmas, I finally gave up and went to collect my mother-in-law for her 16 hour babysitting shift!

Whilst I was gone I’d asked Andy, my lovely husband, to get some provisions for the six hour round trip. Little did I know Andy’s idea of provisions was a packet of chilli Doritos! Luckily, Tim and Mel would later come to the rescue with pork pies, chicken baps and flap jacks!

We finally set off at 9am, with our packet of crisps in hand and arrived at the coach 20 minutes later. At this point I was looking forward to breakfast which had been arranged for an, as of yet, unknown location and time.

I settled down in the seats Andrew Semple and Lynda had saved us and tried to read my magazine. A fairly simple task you would imagine but made almost impossible with the constant interruptions and silliness from my over-active husband.

*Note to self: I will sit next to Andrew Semple next time who also incurred similar issues as every time he attempted to listen to his music, he was made to talk to Lynda instead.

Traffic was good and the journey was smooth. And then we got to the toll road. The car in front didn’t seem to understand the concept that a toll road should make your journey quicker, avoiding hold ups.

It was now 12 o’clock and ‘breakfast’ had now become lunch. We had stopped off at a lovely pub called The Stag and it was here I made the fatal mistake of ordering a cider instead of sticking to my orange juice!

This would later lead to several more ciders, half a bottle of sparkling wine (thanks Jeanette and Matt!) and even half a can of John Smiths, which Andy ‘found’ on the floor. This odd mix of alcohol may explain our impromptu commiserations party at the Nags Head on our return.

After passing a truly outstanding round-a-bout with lots of trees, we had arrived at Corby Football Club/Rugby Club/Tennis Centre/Athletics Club, the remnants of Corby Town’s failed Olympic bid!

For those that are interested, Corby is a small town famous for its steel production. 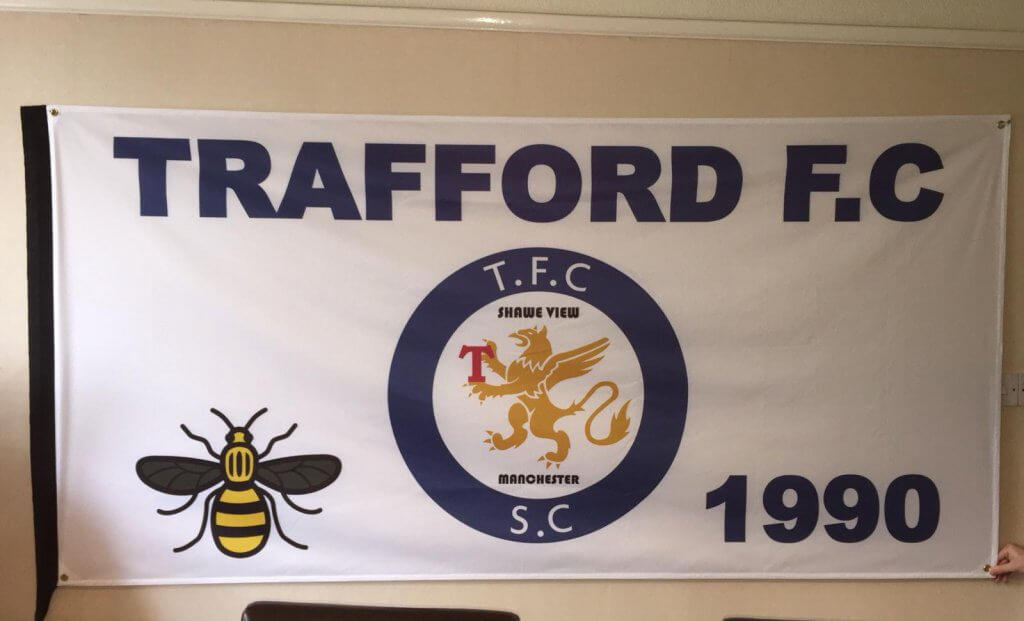 We all sat down in the prison mess/bar and watched a nervous looking Dave Brown pacing up and down outside. We were then informed by Nick Brown, that his dad was awaiting a phone call from GMR to do a live interview.

Dave made the fatal mistake of saying: “I bet they bloody ring when I’m on the toilet!” This gave Nick and Sempie a wicked idea. The next thing a startled Dave came running outside to answer his phone to ‘GMR’.

It was a good 30 seconds into the ‘interview’ before he realised it was Sempie! Everyone was in stitches; I didn’t think I could laugh so much; until tw0 minutes later when he received another phone call from ‘GMR’, AKA mischievous Melody.

We almost cried with laughter after hearing the automated service (Melody) telling Dave to press 1 on his phone to be connected for his interview. We all looked out of the window to see Dave oblige! He then looked over and realised he’d been had again!

With the actual interview over, we all headed out to watch the game. At 2-0 down I was ordered to go to the toilet to bring us some luck. Unfortunately, this only works at home games!

Even though we didn’t win, I was very proud of the team and even more proud of Trafford’s singing and learning the new song, ‘What Does The Fox Say? (Get off my pitch!)’ The only response from the Corby fans was the school boy choir and their repertoire of swear words.

Despite the feral children, we did meet some nice locals and even got an invite to the local Wetherspoons!

The journey home seemed to fly by, I can’t think why (perhaps John Smiths and  wine had something to do with it!) After a scary trip to the coach toilet which involved a miner’s torch from Tim and a very wet toilet seat, we were at the Nags Head.

All in all, I had a lovely day with lovely people. I’ve already packed the Doritos for my next trip!