Dunne is regarded as one the club's finest ever full-backs and was part of the side that won the club’s first European Cup in 1968.

A fearless full-back, Tony Dunne was a pivotal part of one of Manchester United’s greatest sides; a league and FA Cup winner, not to mention a member of the club’s legendary 1968 European Cup winning team.

An unsung hero of Sir Matt Busby’s trailblazing side of the 1960s, Tony Dunne is one of the greatest full-backs in the club’s history.

Born in Dublin on July 24th, 1941,  he joined United from Irish side Shelbourne for £5,000 in 1960 and helped to shape United’s future in the years after the Munich air disaster of 1958 – making his debut on October 15th against Burnley.

Dunne would go on to make 535 appearances for the Red Devils – a tally of appearances bettered by only Ryan Giggs, Bobby Charlton, Bill Foulkes, Paul Scholes, Gary Neville, Wayne Rooney and Alex Stepney.

A tough-tackling, speedy defender, Dunne was originally signed as cover for Noel Cantwell and Shay Brennan but his career took off when he was drafted into the Manchester United side that won the 1963 FA Cup by beating Leicester City in the final at Wembley.

Following that success, he went on to cement a place in the first team and missed only six league games over the next four seasons; helping to bring the league title to Old Trafford in 1965 and 1967. 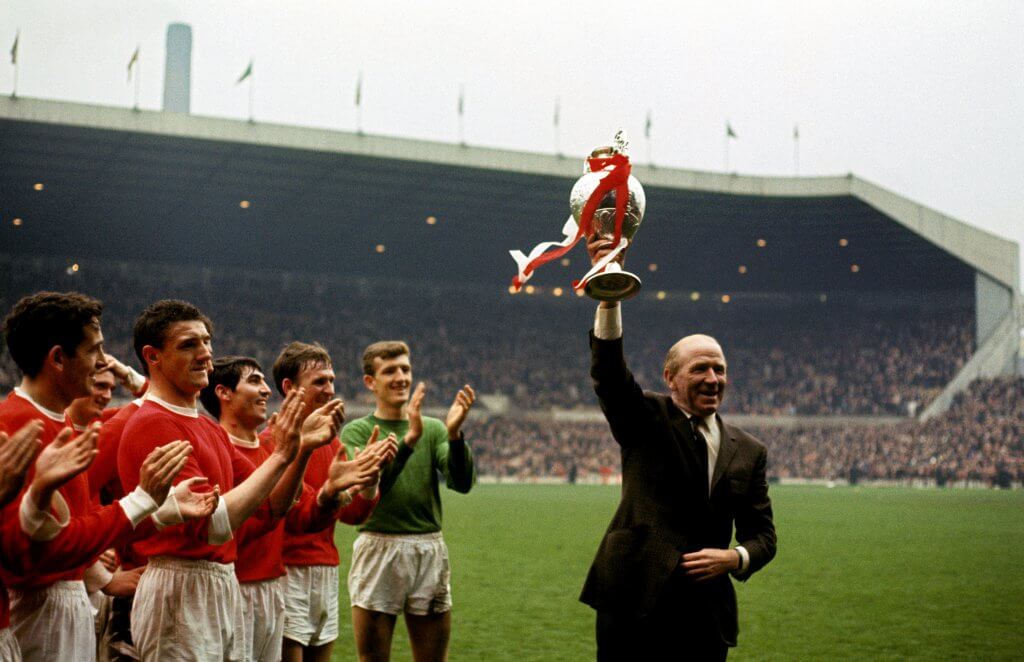 But his crowning glory was as a member of the victorious 1968 European Cup winning side who achieved immortality at Old Trafford by beating Benfica 4-1 at Wembley in 1968 as United became the first English club to lift the trophy.

Dunne scored just two goals in 13 years at the club but will always be appreciated for his efforts at the back, along with is ability to turn defence into attack in the blink of an eye, often providing opportunities to the wealth of attacking talent which United enjoyed at the time, such as George Best, Denis Law and Bobby Charlton.

After the breakup of that glorious United side of the late 1960s, which eventually saw Sir Matt Busby leave his role as manager in 1969, Dunne remained at the club for several more seasons. eventually leaving for Bolton Wanderers in 1973.

But the flying full-back still had plenty to offer, going on to play another 200 games for the Trotters while helping them to the Second Division title in 1978 under the managership of former United player Ian Greaves.

Dunne joined Detroit Express in the North American Soccer League in the twilight of his playing career and would return to Bolton as assistant manager in 1979 after hanging up his boots, before replacing Foulkes as manager of Norwegian side Steinkjer FK in 1982.

Dunne also won 33 caps for the Republic of Ireland – captaining his country on four occasions in a 13-year international career following his debut against Austria in 1962.

However, it will be as a Manchester United player that Dunne will be best remembered, particularly the role he played on the night of May 29th 1968 when Manchester United were crowned champions of Europe,  just a decade after the air crash which had all but obliterated their talented side.