The Weekly Gab: “14 teams in League Two can get autos!”

With over a third of the season gone, League Two has had long enough to settle into a loose kind of order.

Of course, it’s still only November and there’s still time for a lot to change: Bolton were 12th after 16 games in 2020/21, Bristol Rovers 14th at the same stage the following season and both went up automatically.

The possibility of significant changes from 14th and above once again shouldn’t be discounted, as the top half of the division looks set to tighten up.

Leyton Orient, Stevenage and Northampton Town are hardly in the top three by fluke.

However, there can be enough doubt extracted from their performances to suggest that they will lower their current PPG rates of 2.44, 2.12 and 1.88 respectively, rather than raise them.

Barrow, in fourth, may not quite have the squad depth to sustain an automatic promotion challenge either, while Swindon Town are an exciting but youthful side that can miss some nous when operating without their handful of reliable go-tos. 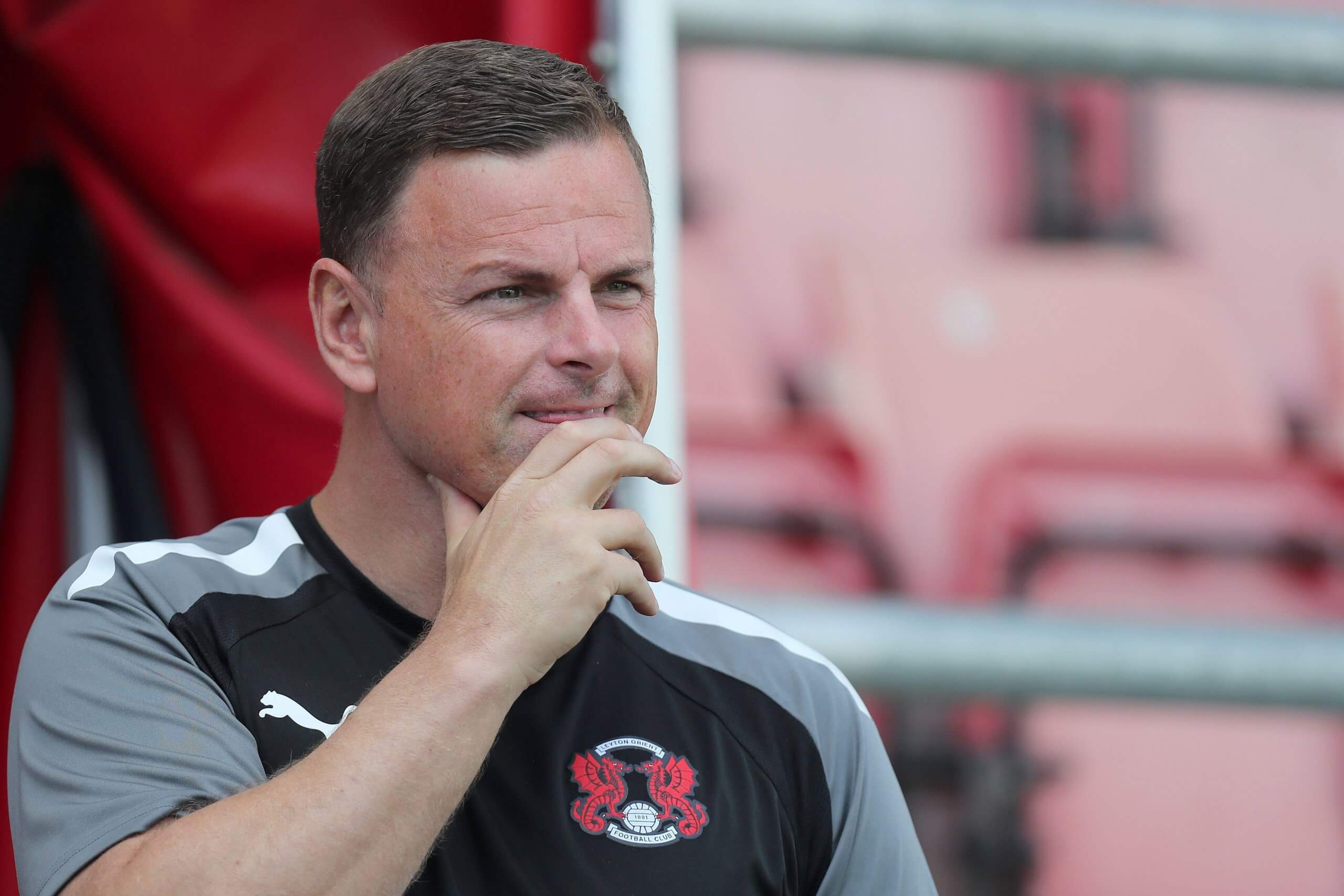 Bradford City, with Richie Smallwood in midfield and Andy Cook in attack, have certainly got a shot at the automatic spots, while for Carlisle United it’s about getting people back fit.

Paul Simpson has been keeping the Cumbrians in contention with a double-figured list of absentees and while this hasn’t always undermined the first XI, it has reduced his options in reserve.

If United can get Omari Patrick back in the equation as well as one or two strikers, it could catapult them into the top three equation.

Then there’s the likes of Salford City, Mansfield Town and Tranmere Rovers, who currently find themselves loitering outside the top seven.

There’s potential for any of them to put a run together with the squad either possess, especially if they push the boat out in January and flex their financial muscle.

The Ammies need a formula to operate without Brandon Asante, who left for West Brom late in the previous window.

The Stags are short of a commanding centre-back, while Tranmere could do with a striker to compete with Kane Hemmings, as well as another creative option. 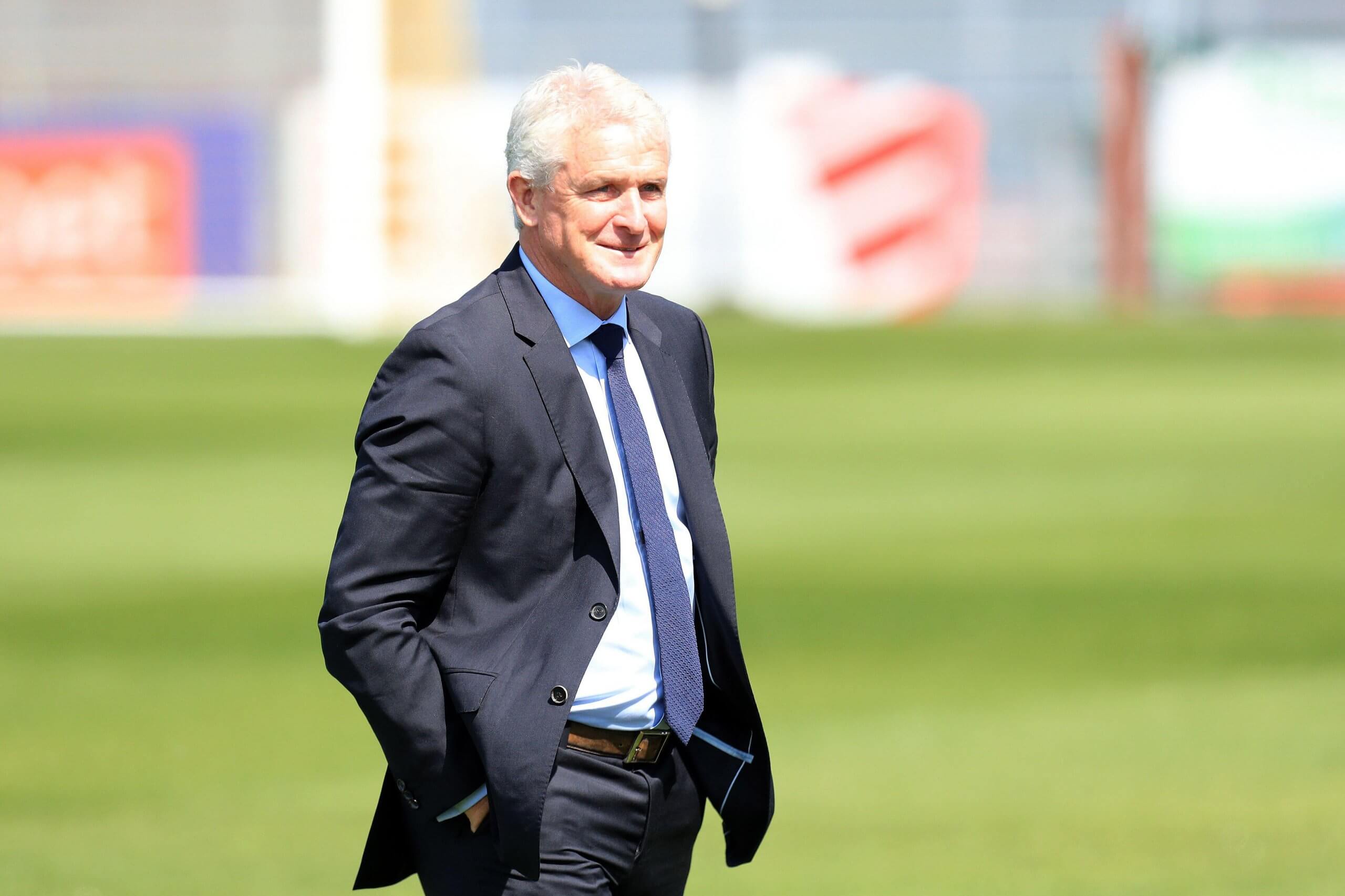 There’s nothing to suggest either won’t find the missing pieces they’re looking for, nor that those additions couldn’t make a huge difference.

The pressing 3-4-3 template looked firmly in place in the 1-0 defeat to Stevenage and win over Gillingham by the same scoreline.

Although Rovers also lost by a solitary goal to National League North leaders Kings Lynn in the FA Cup – it may take a few weeks to work out where they’re at.

Walsall aren’t to be discounted after four consecutive home league wins, but they need the next two months to go their way on and off the field if they’re to stay within four points of the Play-Offs.

Michael Flynn’s side need to retain Cambridge loanee Liam Bennett in January, as well as Mansfield loanee Danny Johnson, whilst giving the latter a natural target man to feed off.

Walsall don’t have ball-playing defenders, so it’s crucial they find a Harry Smith type who they can knock it long to, and getting a few back fit, especially in midfield, will help too. 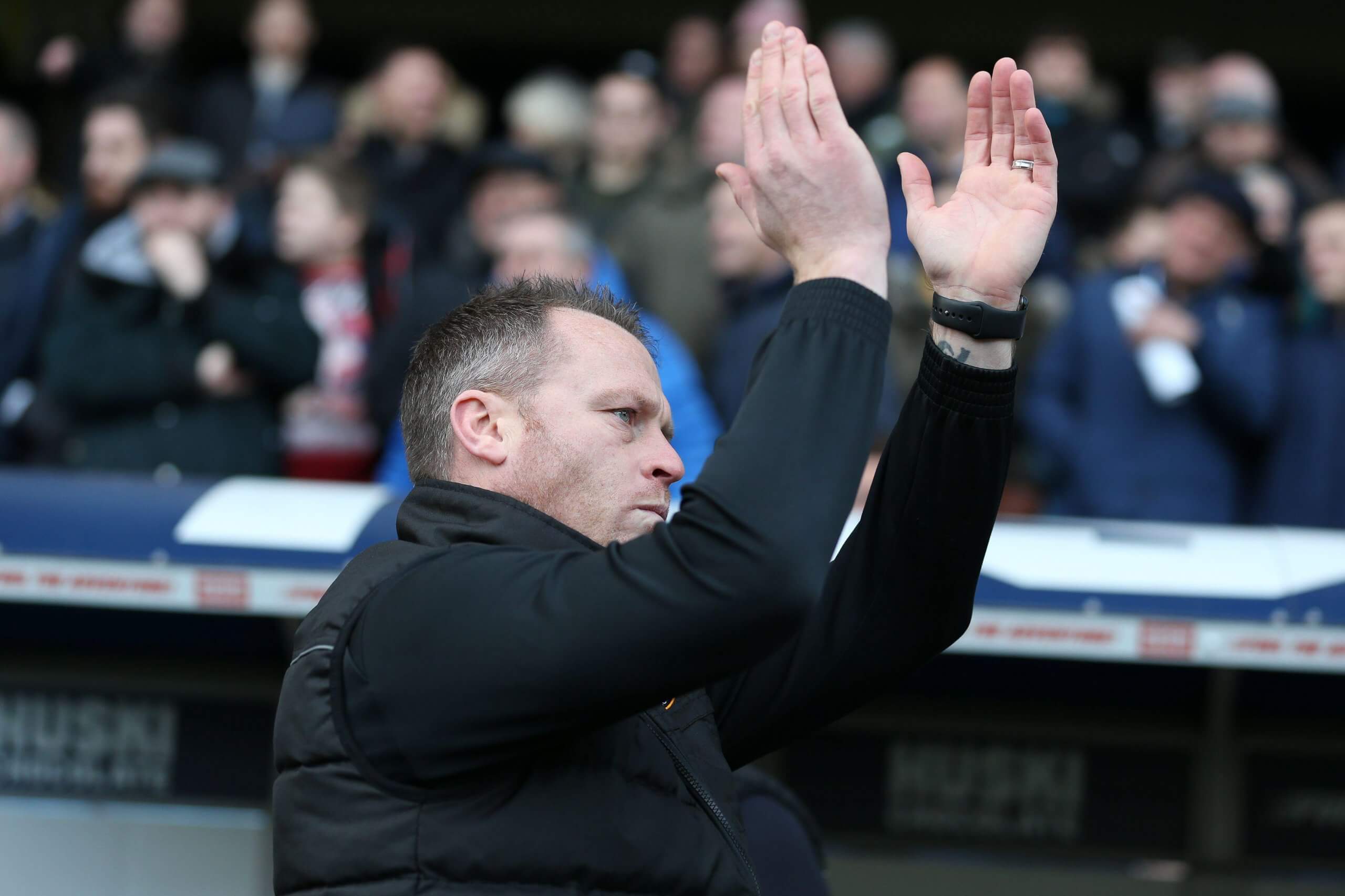 Then there’s the promoted sides from the National League, who currently reside in the bottom half but are no means confined to that vicinity.

Stockport County have won six of their last eight in all competitions, keeping seven clean sheets in that sequence, and are starting to find the same momentum that saw them win 20 in 23 en route to the title last season – albeit at a lower level.

Seven of County’s next eight league fixtures come against sides 12th and below, so Dave Challinor’s side have – on paper – a fantastic opportunity to close the five-point gap to the Play-Offs.

And those with even loftier ambitions around Edgeley Park may have a cautious eye on the 10-point gulf to the top three.

The Hatters have just thrashed Swindon 4-0 in the FA Cup, another significant confidence booster, and it’s the same for Grimsby Town, who thumped League One leaders Plymouth Argyle 5-1 on their own turf.

The Mariners have relied on veteran target man Ryan Taylor for much of the season, but that performance showed that they can make it work without an orthodox centre-forward.

If that blueprint gets translated to the league by Paul Hurst’s men, the results could catch the eye. 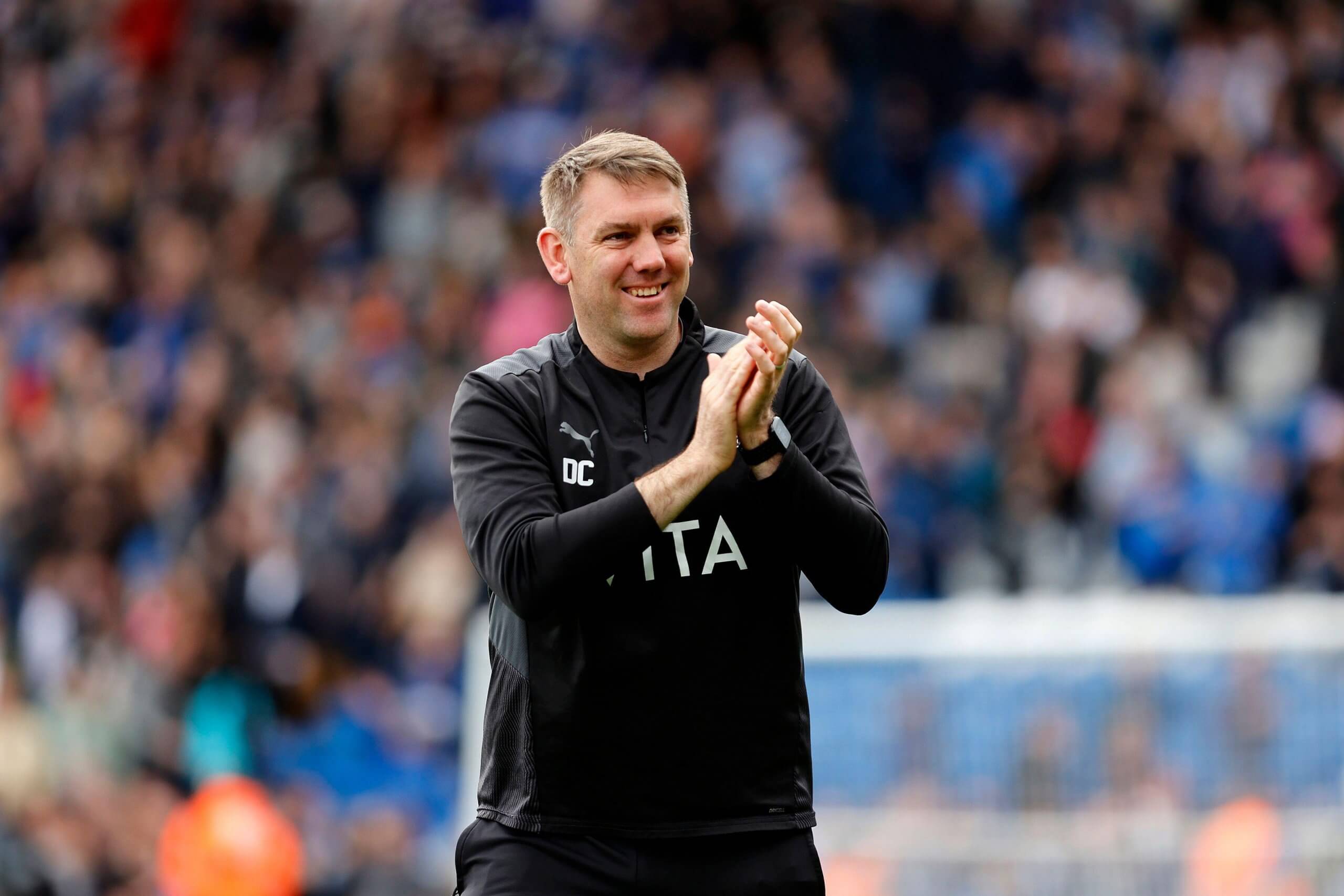 In short, there’s a case to be made for any of 14 teams in League Two to mount a very serious challenge not just for the Play-Offs, but even for the automatic spots.

Tranmere have an incredibly fit squad, they have a fantastic defence and a manager in Micky Mellon with promotion knowhow.

Those three things will come to the fore as the season progresses and the right two or three additions in January could transform their final third productivity.

With that in mind, Rovers will claim one of the automatic spots, in my opinion.

The other issue at play is that if we expect 14 teams to take a lot of points off each other, that means every other game for a would-be top three contender is potentially very dicey.

And so, while the mathematically projected tally required for automatic promotion is currently 87 points – which would be the highest since 2007-08 – the likelihood is that it’ll be closer to the 79 and 80 that Bolton and Bristol Rovers went up with respectively. 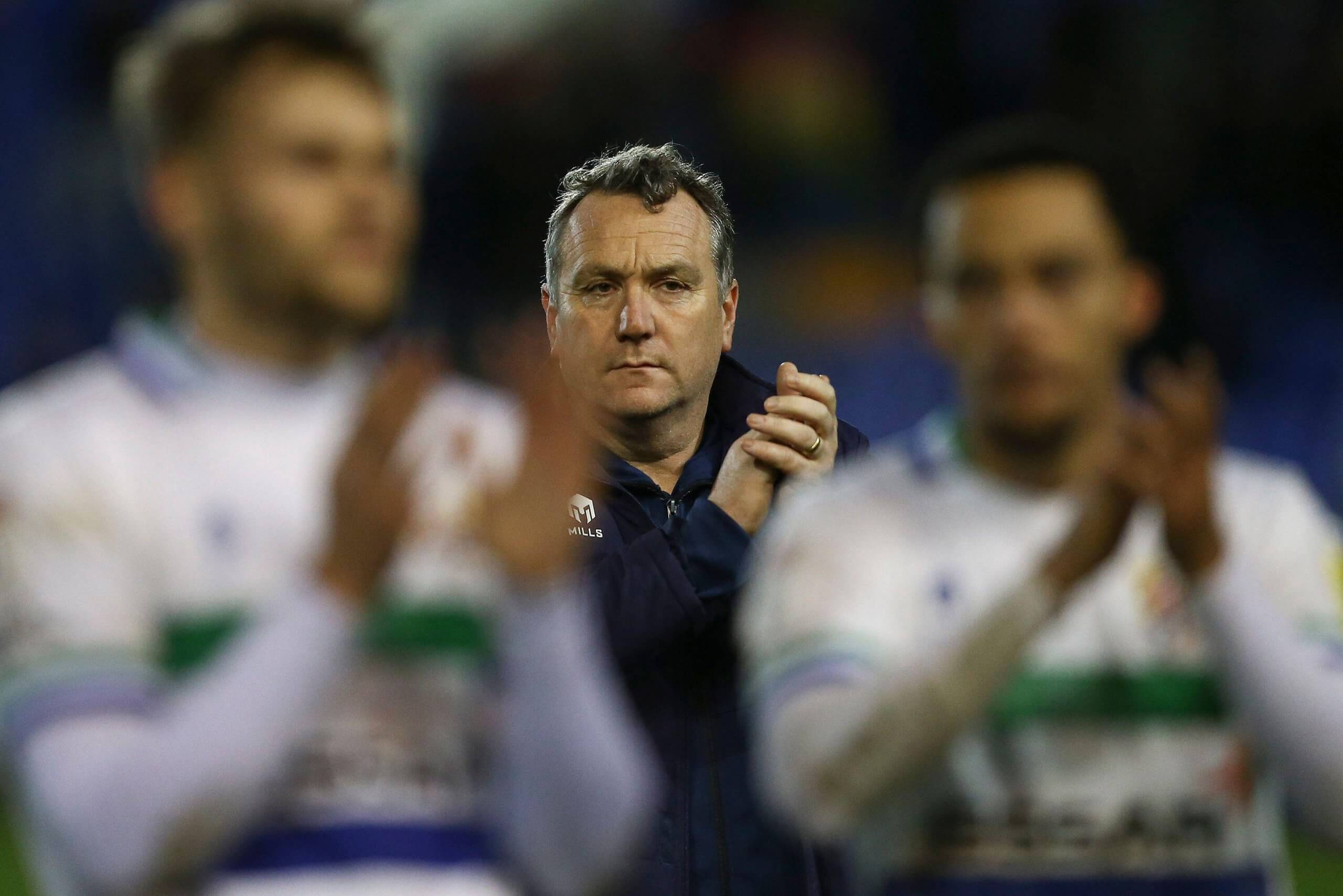 In that scenario, Stockport would only need to average two points per game between now and the end of the season, something they look capable of under a manager in Challinor, who has won seven promotions in his career.

Our left-field pick, therefore, is that County will also make the top three, while current incumbents Leyton Orient – led by a League Two title winner in Richie Wellens – also last the course.

Northampton have produced some lacklustre performances lately and if key midfielder Marc Leonard gets recalled in January for a League One loan, there is the danger of them dropping off.

Elsewhere, Stevenage’s solidity should secure them a Play-Off spot under the steady stewardship of Steve Evans.

Barrow are having a fantastic season but still are work-in-progress and may just miss out this year, with the depth of Carlisle and Bradford’s squads coming to the fore in pursuit of a Play-Off spot.

I can imagine that Mansfield’s scope for January business will most certainly help their cause too.

Swindon, Salford, Doncaster, Walsall and Grimsby may just miss out. Sorry to fans of those clubs – please be kind in the replies! 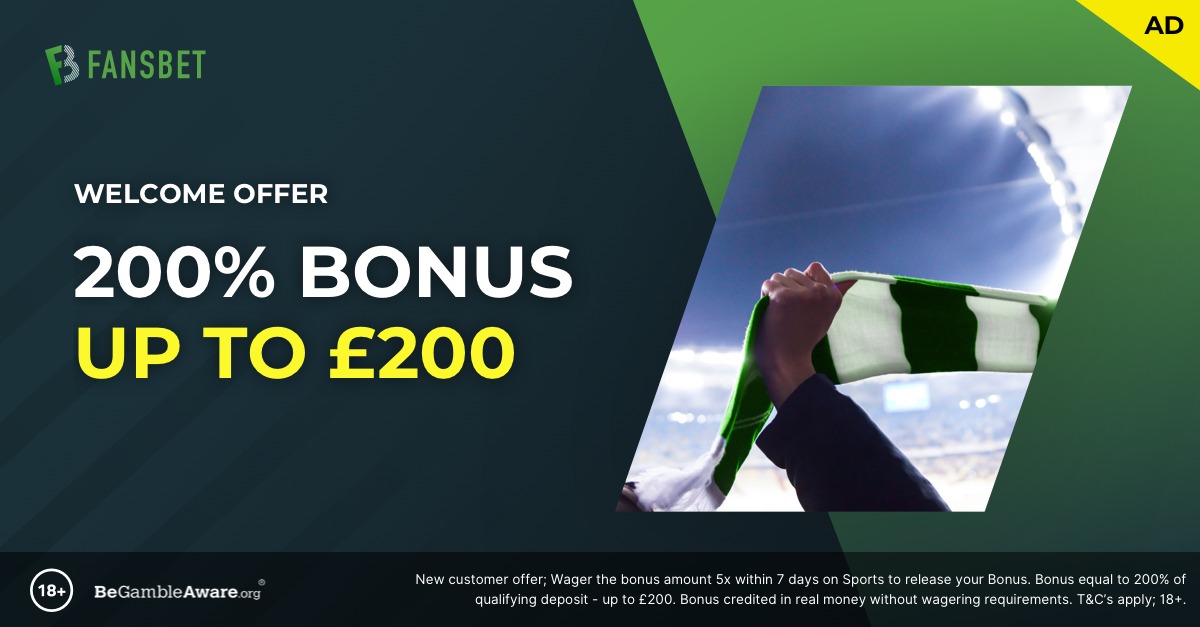