Matthew Crist looks back at the inaugural Drivers' Championship of 70 years ago which went to the final race of the season.

Despite being the fourth FIA Formula One motor racing season to be held, the 1950 campaign would be momentous due to the fact that it featured the inaugural FIA World Championship of Drivers.

Beginning on May 13 at Silverstone and concluding on September 3 at Monza the championship consisted of six Grand Prix races each of which was held at various venues around Europe.

In this first World Championship of Drivers, 14 teams participated, including Alfa Romeo, Ferrari and Maserati, along with a number of privately entered cars

Championship points were awarded to the top five finishers in each race on an 8, 6, 4, 3, 2 basis while a single point was awarded for the fastest lap of each race.

An additional seventh race was also included, The Indianapolis 500, which, unlike all the others, was staged on an oval and run to American AAA regulations, not to FIA Formula One regulations. 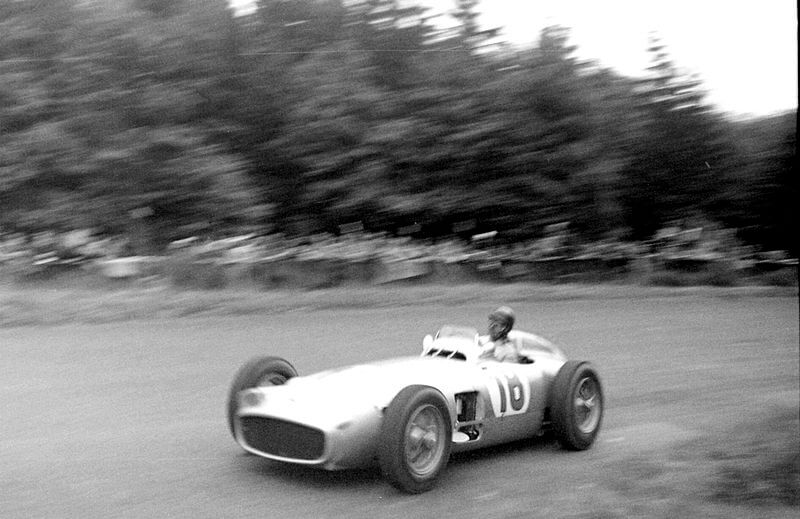 As a result, none of the regular drivers who competed in Europe raced in the 500 and the points earned on the speedway were not counted towards the end-of-season tally – meaning it was of little significance to anyone other than eventual winner Kurtis Kraft-Offenhauser.

The inaugural World Championship was dominated by Alfa Romeo and their supercharged 158, a well-developed pre-war design that had made its first appearance back in 1938.

Astonishingly, the car won all six championship Grands Prix as Alfa Romeo drivers dominated the championship with no fewer than five drivers representing the Italian team throughout the season.

Eventually, it was Giuseppe “Nino” Farina who took the title, edging out Argentine teammate Juan Manuel Fangio, thanks to his fourth-place finish in Belgium, while Luigi Fagioli completed an all Alfa Romeo top-three in the final standings.

Having won the first race at Silverstone from pole position, also setting the fastest lap, Giuseppe Farina was joined on the podium by his teammates Luigi Fagioli and Britain’s Reg Parnell, while the remaining Alfa driver, Juan Manuel Fangio, was forced to retire after experiencing problems with his engine. 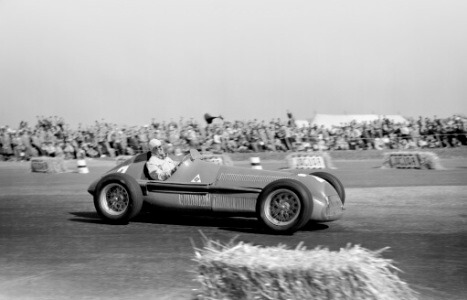 In the second race, in Monaco, it was Fangio’s turn to take the chequered flag, finishing a whole lap ahead of Alberto Ascari while Farina was one of nine starters eliminated in a huge pileup in a contest which also saw Ferrari make their World Championship debut.

Following the Indianapolis 500, Alfa Romeo’s dominance continued when the World Championship returned to Europe for the Swiss Grand Prix with Farina taking the win to give him a six-point lead following the retirement of Fangio.

Spa hosted the Belgian Grand Prix and this time Fangio headed Fagioli home to close the gap to Farina in the standings, though it wasn’t all bad for the Italian, as he picked up the point for the fastest lap while his fourth-place finish would prove to be vital.

At Reims-Gueux, the French GP was won easily by Fangio, again with teammate Fagioli finishing second for the fourth time out of five starts, meaning that, going into the final race of the season in Italy; all three Alfa Romeo drivers could still win the title.

If Fangio finished first or second at Monza, he would win the title, regardless of what his teammates achieved while if Farina failed to score at least five points, he would be unable to take the title. 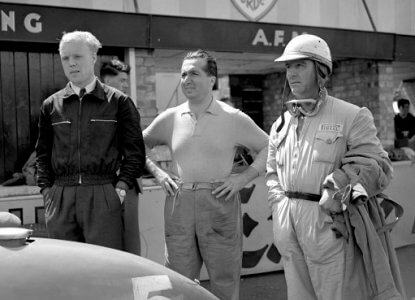 Fagioli’s only chance of becoming World Champion was if he won the race and set the fastest lap, but he would still require Farina to finish no higher than third, and Fangio would have to score no points at all – a combination which ensured excitement to the very end.

But an impressive win for Giuseppe Farina, his third victory of the season, clinched the title by three points from Fangio, who had also recorded three wins but had been forced to retire with gearbox problems mid-race, while Fagioli finished third.

The drama was a fitting end to a season of half a dozen high octane races across Europe as the curtain came down on the first and, to this day, one of the most dramatic Drivers’ Championships ever.