Star rider Rab Havlin is back with his fifth and final Glorious Goodwood preview, providing a unique ‘jockey’s-eye’ insight from within the weighing room.
Rab Havlin  |  3rd August 2019

It’s been a busy old week, one which saw me in action at Goodwood in the opener yesterday before darting off to Newmarket for three rides on their evening card.

Handily enough it’s Newmarket again for me today, a track which is right on my doorstep and hopefully will be lucky for me with four rides to look forward to during the afternoon.

As ever, everyone in action there will be keeping a close eye on the action being served up 140 miles away at Glorious Goodwood.

One of our key summer highlights, it’s a great fixture and one which has been kind to the stable I’m attached to this week, providing big race success for the likes of Stradivarius and Too Darn Hot.

Both those victories were a reward for the hard work put in by the team back at the yard, names and faces you might not recognise, but vital to the smooth running of the operation, be they grooms, work riders, the lads and lasses who muck out the stables, box drivers, farriers or secretaries.

With a bit of luck there could be further reason for them to be cheerful today, as the boss, John Gosden, has declared our filly Enbihaar for the mile and three quarter Group 2 Lillie Langtry Stakes at 3.00pm.

This has the makings of a very tight race because she’s up against Dramatic Queen, her old friend who she beat by a neck over a mile and a half in the Lancashire Oaks at Haydock Park last month.

It’s becoming a good rivalry this because the pair also clashed at York in May, where on that occasion it was Dramatic Queen who edged out Enbihaar, on that occasion in a Group 3 over a mile and three quarters. 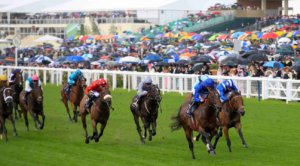 There’s clearly very little between them and I’m keeping everything crossed that it’ll be 2-1 to Enbihaar when the race has been run, though the fact we have to concede three pounds over a distance which might just suit the William Haggas-trained filly a shade better means I can’t be too bullish.

Whoever comes out on top, it’ll be a great battle to watch.

A little later on, the 28-runner Stewards’ Cup (3.40pm) is traditionally one of the great sprint handicaps.

Declan Carroll’s Justanotherbottle got beaten a short head in this race last year and is now four pounds lower in the weights.

That reduction is his rating brings him to nearly his racing weight of 12 months ago when connections opted to claim five pounds by using the services of an apprentice rider.

The recruitment of James Doyle to do the steering looks a smart move and the pair have a great shout of making the frame.

However, as long as stall three doesn’t see him isolated away from the pace, 107-rated Khaadem might prove too good for all of them.

Blessed with loads of speed, he ran a cracker after meeting trouble in-running at Newbury the last day, a run which will have left him spot on for this. Given the choice, he’s the one I’d want to be riding.

Apart from Frankie Dettoi, FansBet Racing ambassador Rab Havlin is the only other jockey to have won on wonder mare Enable, so he’s ideally placed to give his thoughts on her bid for history in Sunday’s Prix de L’Arc de Triomphe. He also discusses his Group 1 prospects aboard Lavender’s Blue in Saturday’s Group 1 Sun Chariot Stakes at Newmarket.
Rab Havlin 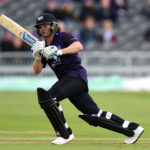 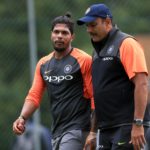