It’s an Ascot and Kempton Park Friday & Kempton Saturday double header for FansBet’s very much in-form man in the saddle, Rab Havlin. The ace jockey previews his mounts on both days, plus reveals where he thinks the danger lies in the weekend’s feature Group 1 Sprint Cup. A must-read for racing fans!

Last week ended well for me with four winners in three days, and happily it’s been a similar story this week with successes at Kempton (Wednesday) and Haydock (yesterday) on the last two days I’ve ridden.

Those victories leave me one shy of a half century and it would be lovely to think I can get over the line where that is concerned with some decent mounts to come today and tomorrow.

I set out this season with a slight change in emphasis, trying to ride quality over quantity. I have to say it has definitely kept me fresh and enjoying my riding more.

With that in mind I’ve a busy enough schedule today, riding work for the boss in the morning before heading off for one at Ascot in the afternoon, before three rides under the lights at Kempton on the all-weather in the evening.

I start off on an interesting horse in the shape of Mr Gosden’s Lord North in the 4.10pm Ascot, a mile handicap in which we meet six rivals.

By Dubawi, he’s a horse with plenty of ability but a bad temper. Starting life in handicaps here off a mark of 98, he’s had some stalls training since his last run and also been gelded.

In my mind he certainly has the ability to run to his rating, and we’ll find out today if he could be a Cambridgeshire horse or not. He’s got some tough, more experienced, battle hardened handicappers to beat, but they look exposed and my lad has no miles on the clock, and is armed with a three year old allowance.

Here’s hoping for a perfect start.

I then make the 16 mile transfer up the road to Kempton.

Of my rides there, debutant Byzantine Empire is definitely worth a mention in the mile novice at 6.10pm.

By Golden Horn out of Mainstay, I’m fortunate enough to have ridden both his dam and his sire. He goes well but like most of ours he’ll improve for the run. 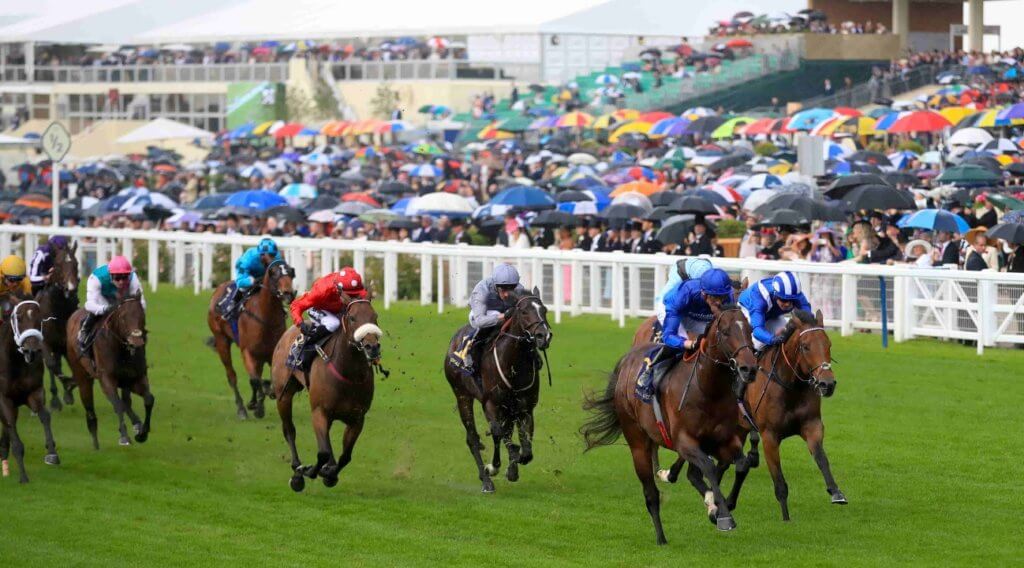 An hour later I’ve also got Donnybrook to look forward to in the “confined” fillies’ novice over seven furlongs at 7.10pm. Just like Byzantine Empire, she’s having her first taste of the racecourse this evening. I’ve ridden her at home and she’s learning all the time. I do think she’ll see the trip out well and finish off her race.

It’s extremely important to give these youngsters a positive first experience of competitive action.

Moving onto Saturday, it’s back to Kempton Park for yours truly with a brace of good rides in store.

The first of those is my old friend Royal Line in the Group 3 September Stakes at 2.05pm.

I won the November Handicap on him last season and there’s no question he’s a horse who relishes a mile and a half combined with a bit of Soft ground, so you’d have to say his display at Sandown Park last time out was an impressive one given the conditions didn’t suit.

We’ve had to run him here on the all-weather as there was nothing else suitable for a while over his preferred distance where he’s likely to get his ground.

My other ride is the talented but frustrating Fabulist in the seven furlong handicap at 5.35pm.

She hated the ground at Salisbury last time so hopefully the drop in trip and return to a sounder surface will be in her favour.

Having won on her as recently as the end of June and seen how she moves at home I certainly retain faith in her.

Lastly, the gap between rides means I’ll have plenty of time to take in Saturday’s racing from elsewhere on the weighing room television.

Saturday’s feature is the Group 1 Sprint Cup at Haydock Park (4.10pm), a contest in which my good pal Frankie’s horse Advertise is the obvious form contender. He won’t mind the ground and looked very slick when winning Group 1’s at Royal Ascot and Deauville.

That said, if you twisted my arm and perhaps gave me an each way charity selection for Racing Welfare into the bargain, I wouldn’t mind suggesting Hello Youmzain might be able to give him something to think about.

A course and distance winner who seems to love his trips to Haydock, he goes very well on Soft ground and wasn’t too far behind Advertise when third to him in the Commonwealth Cup at Royal Ascot.