The Kids were alright: How Manchester United pipped Newcastle to the title in 1996

From Alan Hansen’s “You’ll win nothing with kids,” comments to Kevin Keegan’s, “I’d love it,” rant - the 1995/96 title race was one of the greatest ever, as Matthew Crist explains.

The 1995/96 season was one of the greatest in living memory. A contest which had seen Newcastle storm out of the traps and build a seemingly unassailable lead, only for Alex Ferguson’s Manchester United to embark on a stunning run and haul them in.

With Ferguson favouring youth over experience with the departure of a number of big names many United fans were left scratching their heads at what just might unfold over the next nine months or so.

And after the Reds were beaten 3-1 at Villa Park on the opening day of the season,  Alan Hansen would famously claim on Match of the Day that United would: “win nothing with kids.”

On the team sheet that day were Butt, Scholes, Beckham and brothers Phil and Gary Neville; all household names now, but relatively unknown at the time whose only real taste of first team action had come in the League Cup.

But after that initial disappointment United would not lose again for another 11 games in a spell that also saw the welcome return of Eric Cantona following his elongated ban after his Kung Fu antics at Selhurst Park eight months previously.

As well as launching United up the table, that run of eight wins and two draws gave the new generation of players, not to mention the supporters, the injection of confidence they needed to genuinely believe this group of fresh faced fledglings could fight for the title.

However, United failed to register a win in five matches throughout November and December, a run which saw two disappointing home draws, not to mention two painful defeats to Liverpool and Leeds over Christmas. 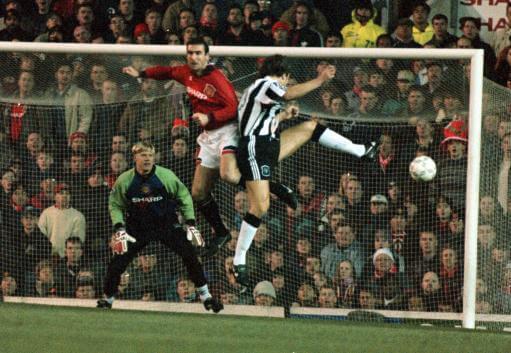 All of this as a resurgent Newcastle side, under the guidance of Kevin Keegan who had taken over from former Spurs and Argentina star Ossie Ardiles in 1992, seemed to be beating all that was put before them and making top spot in the Premier League their own as United went into reverse.

The Magpies had got off to a blistering start to the campaign, winning nine of their first 10 games that season and had only lost twice before the festive period; but it was to be their visit to Old Trafford just after Christmas that would set the tone for the incredible tussle that was to take place over the coming months.

Lagging some 10 points behind The Magpies, United knew that nothing less than a win would keep their faint title hope alive and it was the former Newcastle hero Andy Cole who opened the scoring after six minutes on the way to a 2-0 victory that would lay the foundations for one of the greatest title tussles in Premier League’s history.

What was to follow was an incredible run of just one defeat in 15 league games which saw United hot on the heels of their North East rivals as we reached the business end of the season.

And after another thrilling battle between the two sides in March had seen Ferguson’s men somehow return from St James’s Park with all three points courtesy of an Eric Cantona strike and an inspired display from Peter Schmeichel, United had cut Newcastle’s lead to just a single point.

By Easter, Newcastle were in free-fall having won only two games out of eight, a run which included that defeat to United as well as their well documented capitulation at Anfield as they went down 4-3.

Even the Maggpies’ 1-0 against Leeds on On April 29, a victory which closed the gap between them and Manchester United to just three points with a game in hand and two to play, brought about one of the most memorable moments in Premier League history which is still talked about today.

Prior to the game United manager Alex Ferguson had insinuated that certain teams try harder against his side than others and whether it was a deliberate attempt to wind-up his opposite number or simply just an observation, his comments certainly hit a nerve.

“I can’t understand the Leeds players,” Ferguson said after his side had battled to a 1-0 against them just days earlier.”I’m absolutely in support of their manager. He doesn’t deserve his players. If they had played like that all season, they’d be near the top. They raised their game because they were playing Manchester United. It was pathetic.” 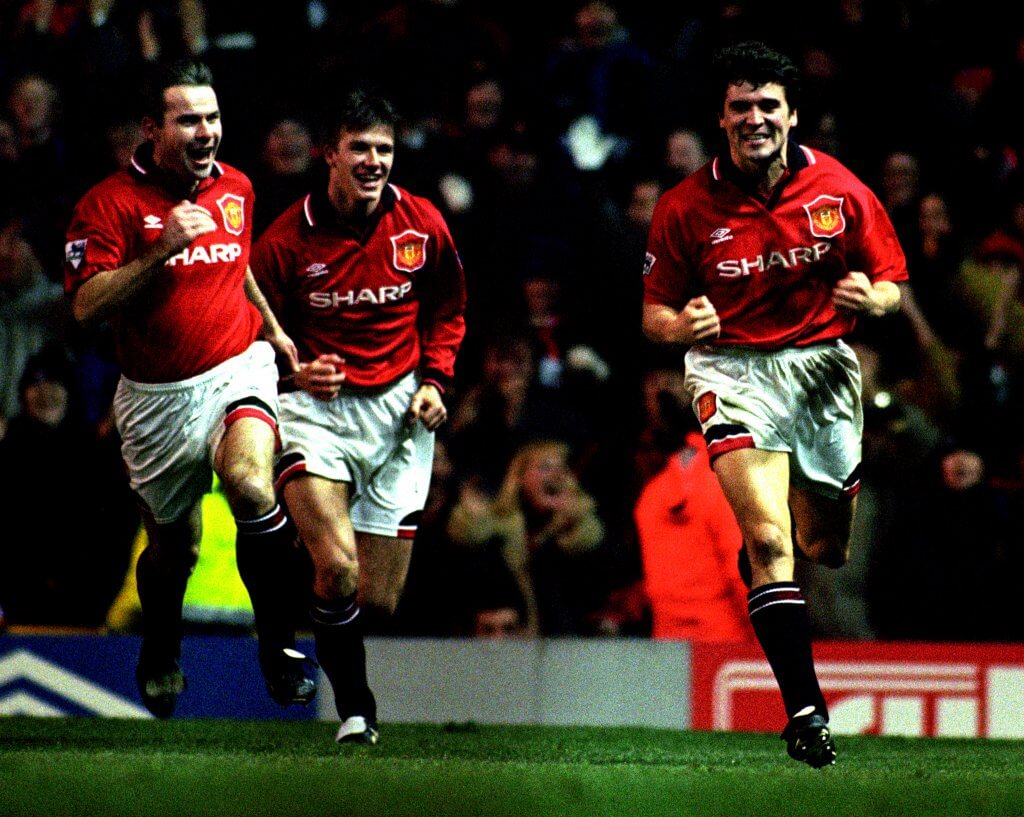 Obviously wound-up by Ferguson’s mind games and the accusation that teams were going easy against his side Keegan reacted furiously and made his feelings known in front of an audience of millions to Richard Keys and Andy Gray live on Sky Sports.

“When you do that with footballers like he said about Leeds – and when you do things like that about a man like Stuart Pearce…” Keegan fumed.

“I’ve kept really quiet but I’ll tell you something, he went down in my estimations when he said that. We have not resorted to that. You can tell him now, we’re still fighting for this title and he’s got to go to Middlesbrough and get something – and I’ll tell you, honestly, I will love it if we beat them. Love it!”

As if things couldn’t get any worse for Keegan, three days later his side could only manage a draw at Nottingham Forest as Ian Woan’s second-half strike cancelled out Peter Beardsley’s opener, meaning the destiny of the league title was no longer in their hands.

Having beaten Leeds in midweek and then demolished Nottingham Forest 5-0 in their last home game of the season, it meant that victory at Middlesbrough on the final game of the season would give United and their youngsters another league title.

Any early nerves that day were soon settled thanks to a quick David May goal, the first of three that United scored at The Riverside. And with Newcastle failing to win their final game at home to Spurs, The Reds were indeed crowned Champions for the tenth time in their history – something nobody could have predicted back in August.

Proof if we ever needed it that the kids, were in fact, alright Alan.