Summer lovin! News and pictures of some of the stars of the Amy Murphy Racing team including Grade 1 winner Kalashnikov on their summer holidays.

It’s a quiet enough week here on the runners front at Southgate Stables, so instead I’ve chosen to use my FansBet blog to bring you news of a couple of familiar faces out on their summer holidays recharging their batteries after tough old campaigns, plus a couple of names also topping up their tans who I very much hope you’ll be hearing more of next season. 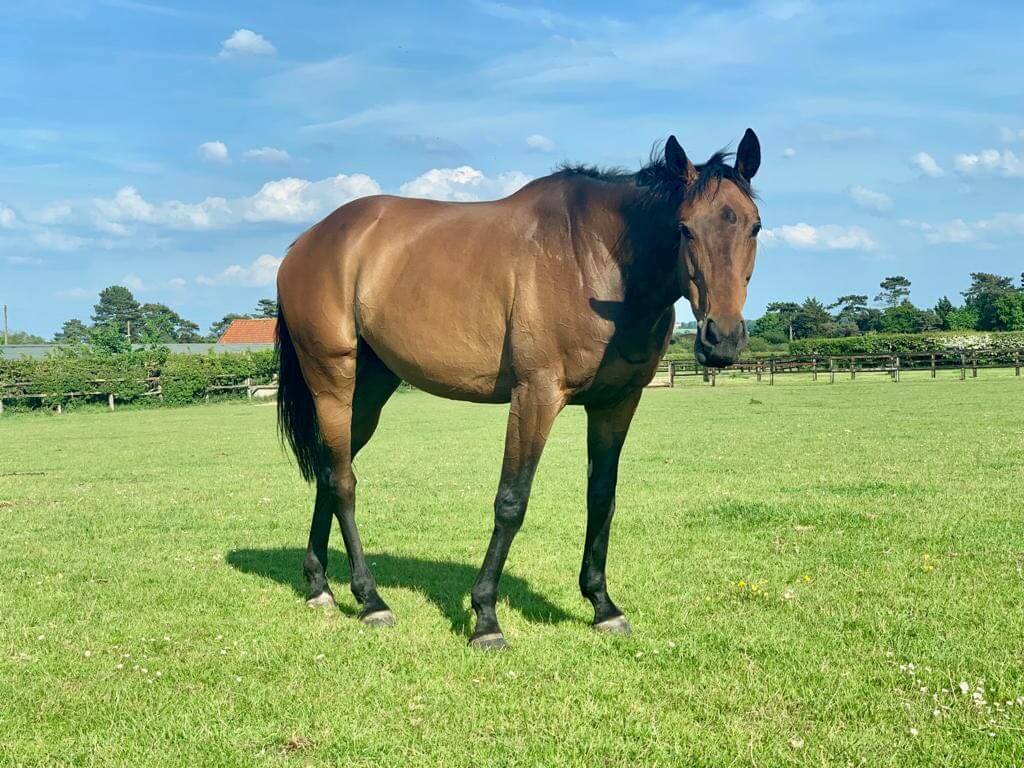 Mercian Prince: Six runs in six months meant ‘Prince’ has more than earned a break. People still remind me now of the spectacular leap he produced when winning at Kempton Park back in January, and he rounded off the season with a super display when winning the Sussex Champion Chase at Plumpton last month. So two wins, plus two trips to Aintree including a spin over the Grand National fences. A super horse to have anything to do with. He’ll be back and gently starting his build up to the new season in July, which if all goes to plan could take him all the way to Japan. We have our eyes on the Nakayama Grand Jump in April 2020, a two mile five furlong turf race run over hurdles, brush fences and hedges, worth a massive 66 million Japanese yen to the winner, which is something like £455,000 or €505,000 to you or me! 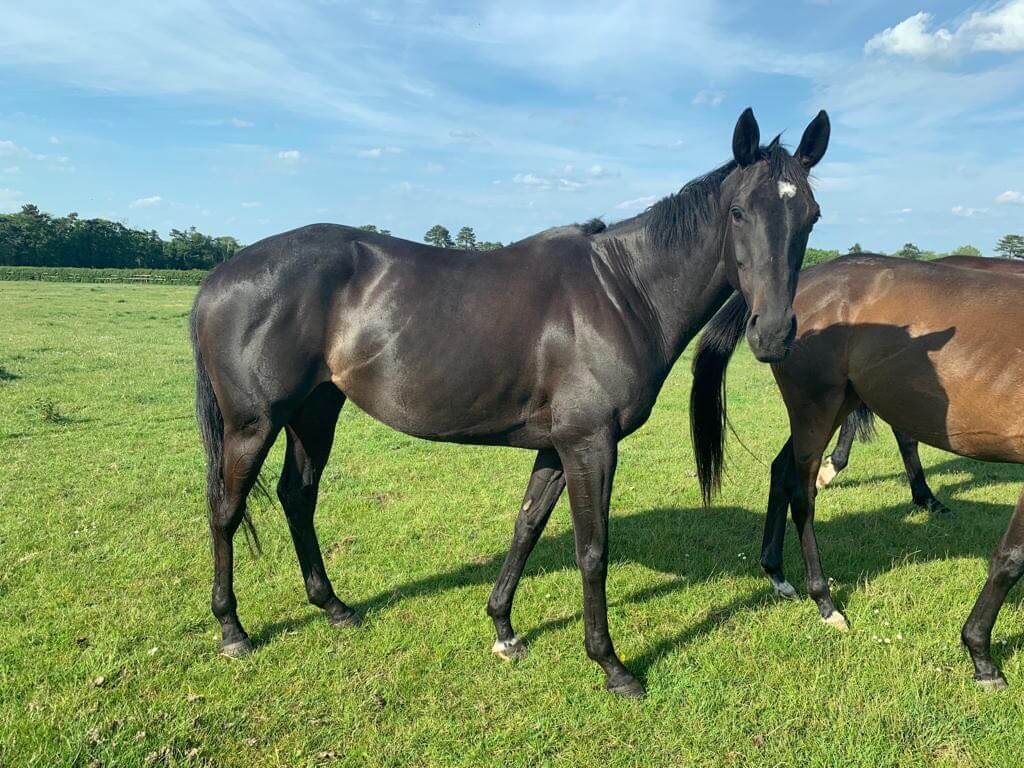 Roaring Fury: A youngster who I like a lot, as you can see Roaring Fury is doing very well indeed out at grass! A well made mare by Sholokhov, she is only five and we’ve looked after her by letting her develop in four bumpers, the most recent of which was at Southwell last month. She picked up prize money at Plumpton and Market Rasen and fingers crossed will be a fun horse for the next couple of seasons. 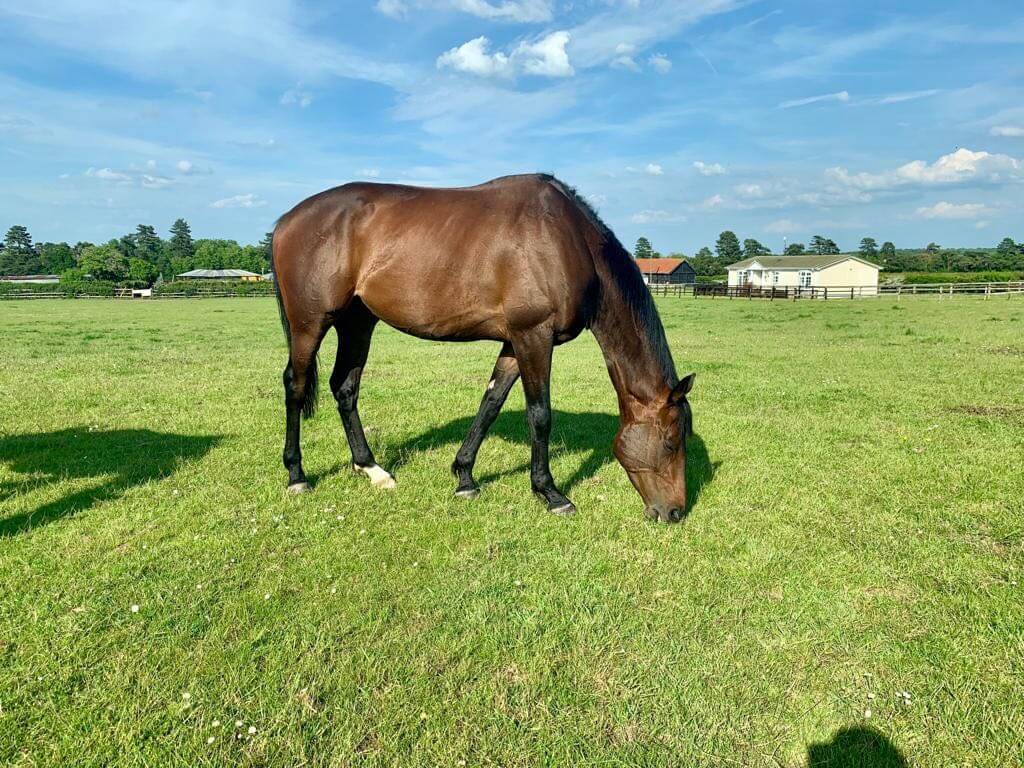 Mercian Knight: What a handsome horse! Owned by my Dad, this five year old son of Saint Des Saints has only had one experience of the racecourse up ‘til now, running midfield in a hot spring bumper at Newbury. He was predictably outpaced over two miles that day, but you’d have to be encouraged by how he stayed on in the last quarter of a mile, and I’d expect plenty of improvement as he gains experience and goes hurdling up in trip. I’d advise followers of my FansBet blog to jot his name down as one to follow in 2019/20 and beyond. 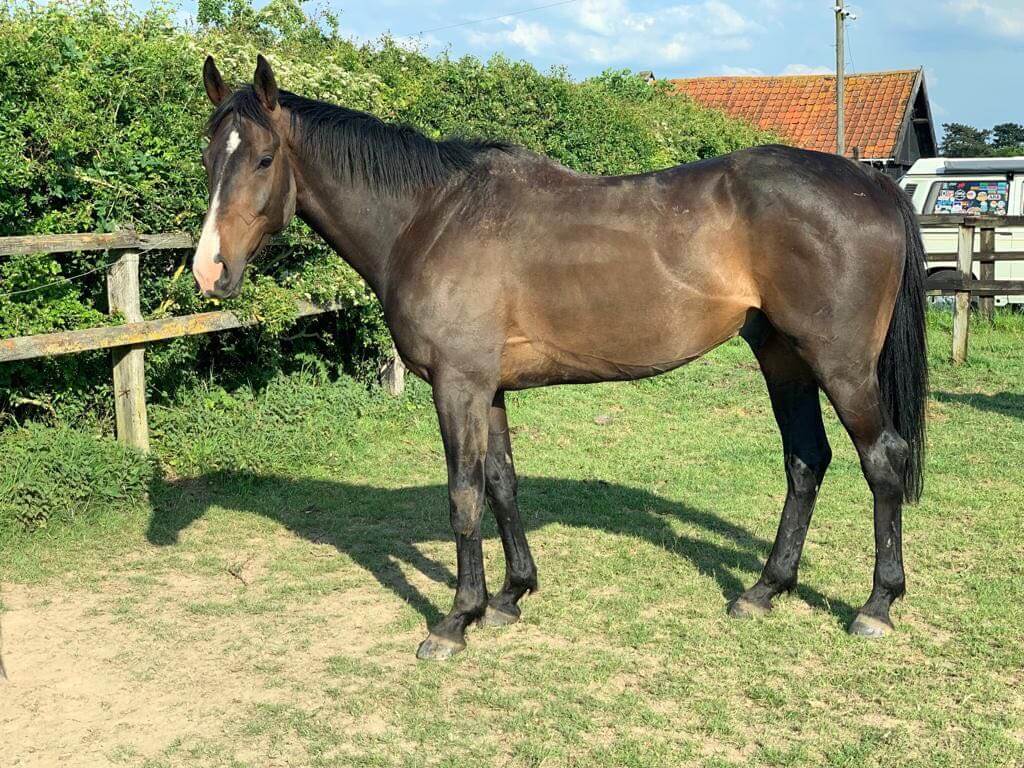 Kalashnikov: Looking at this picture you wouldn’t think this fella was busy winning a Grade 1 Chase at Aintree just seven weeks ago! Our stable star, it was undoubtedly the right thing to do to take the shoes off him and turn him away for his summer holidays after his heroics in the Manifesto Novices’ Chase in early April. We have to mind him for next season, not forgetting his victory in Liverpool was his sixth run and third win of 2018/19. He’s loving life in his paddock and hopefully will continue to be our flagbearer for many years to come, after all you can easily forget he’s still only six years of age despite all he’s already achieved. He too will be back here in July, slowly but surely preparing for a season which all being well will culminate in the one or both of the Ryanair Chase at the Cheltenham Festival and the Melling Chase at Aintree.