As Calum Brown explains, Livingston are now without a win in seven as they prepare to face an equally uninspiring Hearts side on Wednesday.

Livingston were held to a disappointing 0-0 draw on Saturday as they welcomed Hamilton Accies to the Tony Macaroni Arena – a result which now means the Lions have not won in seven.

Despite a fairly dominant display, with the Lions creating several chances and controlling possession, the back of the net was not found over the course of a drab 90 minutes.

That draw now makes it seven games without victory for Gary Holt’s side, and also three games without a goal, but Livingston actually overtook Ross County this weekend to go 7th in the Premiership, though still remain just three points clear of the bottom side.

Wednesday night’s opponents Hearts are on a terrible run themselves, and come into this one off the back of a 5-0 hammering to Rangers at Ibrox.

Prior to that, they were beaten 3-0 at Rugby Park by Kilmarnock after just their second win of the season in a 5-2 victory over St Mirren before the international break.

Their only other win came in the Edinburgh Derby in September, which makes it just two victories in 14 Premiership matches for the Jambos.

There is potential good news for the Gorgie club though with the German Daniel Stendel, who most recently managed Barnsley in the English Championship, rumoured to be taking over from interim boss Austin MacPhee and could potentially be in the dugout on Wednesday evening. 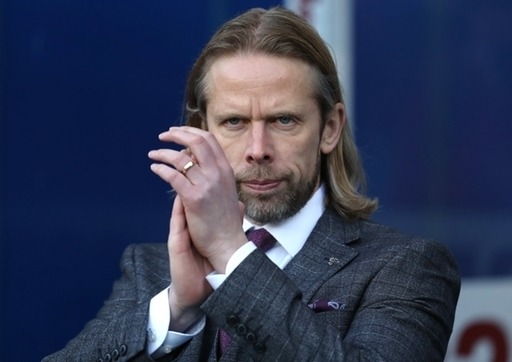 That new manager bounce could prove pivotal for Hearts, who currently lie in 10th, level on points with St Johnstone and St Mirren.

It’s just goal difference that is keeping the Jambos off the bottom of the league, which is a real concern for a club of their size. With the potential appointment of Stendel, the Edinburgh side will be hoping for much better results, and quickly.

Former Lions skipper and fan favourite, Craig Halkett, is set to start for Hearts on Wednesday as he faces his old club for the first time since leaving in the summer.

Injury had ruled the centre back out for a couple of months, but he made his first start since September in the defeat to Rangers on Sunday, so will more than likely be involved after being sidelined for the earlier encounter with Livingston in October.

That one finished 0-0, in another frustrating 90 minutes for Livi in West Lothian and a draw was probably the fair outcome, with the Lions having to hold on to a point after spending the majority of the second half with ten men.

Aymen Souda saw red that day for a high challenge on Christophe Berra, but the incident immediately followed a penalty claim from Scott Robinson that was controversially not given.

Since Livingston’s return to the top flight, they are unbeaten against their Lothian rivals in the Premiership, and haven’t conceded a goal.

Hearts were 1-0 victors in a Scottish Cup meeting in January, but in the league, 0-0 has been a familiar scoreline with three out of the four meetings finishing as goalless draws.

The one exception was a 5-0 romping at the Tony Macaroni Arena by the Lions last December, which I’m sure Hearts fans won’t want to be reminded of.

However, they’ll fancy their side to avoid defeat at Tynecastle on Wednesday, with Livi’s last win in Gorgie coming in May 2002 – 17 years ago.

With that damning statistic, and the potential incoming of Daniel Stendel, I can see it being a difficult night for Gary Holt’s men and I expect the run of seven games without a win to extend to eight, however I can see the Lions nicking a point.

So I’ll be positive and say a 1-1 draw here which is currently priced at 5.85* with FansBet.