As Calum Brown from Talk Livi explains, three points on Saturday will give the Lions some breathing space over those below them in the table.

Livingston have arguably their biggest game of the season so far on Saturday as they welcome Hamilton to the Tony Macaroni Arena.

The Lions have won just one of their last eleven games, picking up only two points since that shock victory against champions Celtic at the start of October.

Despite that poor run, Gary Holt’s side still sit 8th in the Premiership, however they find themselves just two points clear of bottom placed St Johnstone, who, along with Hearts, St Mirren and Hamilton, sit on eleven points.

That statistic makes this weekend’s meeting with Accies all the more important for Livi, who will want to stay well clear of any relegation trouble as a defeat at the hands of Brian Rice’s side will see them leapfrogged by their opponents, and will drag them right into the relegation battle.

However, three points would give the Lions some breathing space and extend the gap between themselves and the drop zone.

After both sides were beaten by the joint league leaders last weekend, with Livingston losing 4-0 at Celtic Park, and Hamilton suffering a respectable 3-1 defeat at the hands of Rangers, Saturday’s encounter gives both side’s the chance to get back to winning ways. 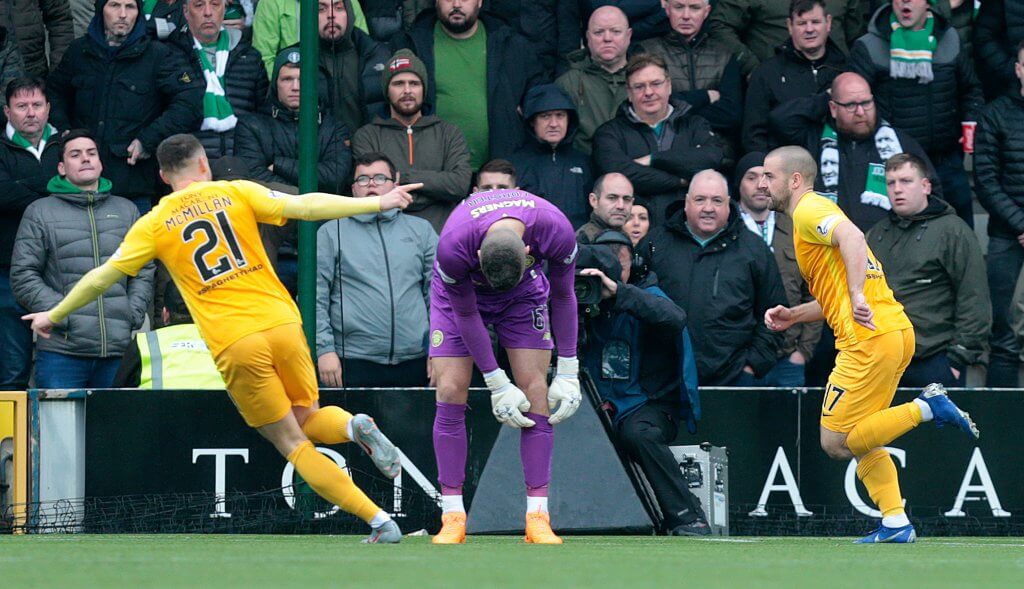 Accies gave Steven Gerrard’s side a really good game, and on another day might’ve come away with something, but that’s been the story of late for the Lanarkshire outfit, who haven’t won in their last seven outings. They will also be hoping to drag themselves out of the scrap at the foot of the table.

Hamilton’s last win actually came against Livingston in late September, which could give them an advantage going into this weekend. Alan Lithgow put Livi in front that day at the Fountain of Youth Stadium, but Blair Alston levelled proceedings just before half-time.

The game was won late on, when Ross Cunningham tucked away an 84th minute penalty to secure all three points. It was a tight game, and perhaps a draw would’ve been fair, but the hosts simply took their chances as Gary Holt was left frustrated at his side’s inability to take theirs.

I can see the reverse fixture being pretty similar, with one goal deciding the match. Livingston should be the favourites on home soil, but I believe Accies will be a threat going forward. They’re a very clinical side and could punish Livi’s back line if they defend like they have in recent weeks.

The Lions have scored just three times in their last five matches, but I believe they’ll find their shooting boots on Saturday and put to bed their recent form, with Brian Rice’s men on a run of eight games without a clean sheet.

I’m going to be bold and predict a goal fest. The game will be very scrappy and tight, but I believe Livingston will just edge it, so I’ll say 3-2 to the hosts with Stevie Lawless adding to his already impressive tally of five Premiership goals from midfield.