This will be the fourth meeting between these two famous old clubs in the traditional season opener.

The first piece of silverware of the new season is up for grabs this weekend as Arsenal take on Liverpool in the 2020 Community Shield at Wembley.

Incredibly, for two sides that have won so much down the years, this will be just their fourth meeting in the traditional season curtain-raiser which was first held back in 1908.

They should have faced-off in 1971, only for Arsenal to ditch the invitation for a more lucrative pre-season tour, allowing last-minute call-ups Leicester City to take the trophy for the only time in their history.

But since then these two great rivals have served up a trio of memorable matches which the Anfield side having taken two and Arsenal one. 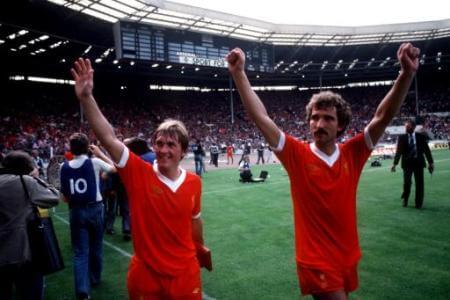 Champions Liverpool had won the title the previous season by eight points over Nottingham Forest while Arsenal had been victorious in one of the most memorable FA Cup finals ever, overcoming Manchester United 3-2 at Wembley.

Bob Paisley’s side were looking for their third shield win in five years, such was their domination of English football at the time, while Arsenal were making their first appearance in the match for a decade and the Merseyside club’s superiority would show through in front of 92,000 people at the national stadium.

Two goals from Terry McDermott and a Kenny Dalglish strike put Liverpool in control with half an hour remaining, meaning and Sunderland’s effort with two minutes on the clock was little more than a consolation.

Liverpool boss Bob Paisley was so delighted with the manner of his team’s win he quipped, “I am just sorry we didn’t get two points for it!” while Arsenal manager Terry Neill said of his opponents: “Liverpool are a smashing side and I don’t expect to meet anyone better this season.

Indeed, Liverpool went on to retain the First Division title that season, withstanding pressure from Manchester United, while Arsenal finished fourth, and reached the finals of the FA Cup and European Cup Winners’ Cup, only to end the season empty-handed. 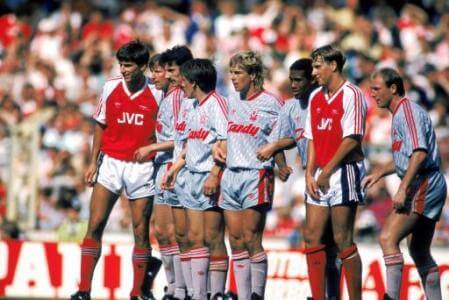 These two sides were facing each other again after one of the most incredible climaxes to a league season ever as Arsenal won the title in the dying seconds at Anfield courtesy of a Michael Thomas goal, while Liverpool’s FA Cup final victory over Everton meant they would meet again at Wembley two months later.

Ironically this was Arsenal’s first appearance in the Charity Shield since they had lost to Liverpool at Wembley in 1979 – in stark contrast to Liverpool who had played in six since that meeting.

To add more spice to the encounter, Arsenal had beaten Liverpool at Wembley just a fortnight previously in the pre-season Makita International Tournament, but the Gunners were unable to complete a hat-trick of victories, going down to a Peter Beardsley strike after 32-minutes.

“This might have done us the world of good. We will be all right by next week,” said Arsenal boss George Graham of his team’s performance, though it would be Kenny Dalglish’s side who would regain the First Division title that season while Arsenal finished fourth. 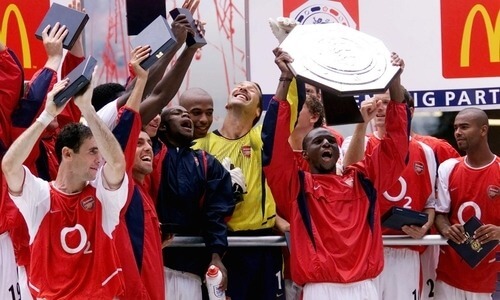 Arsene Wenger’s Arsenal side had won the Premier League and FA Cup double the previous season, meaning they faced runners-up in the title race, Liverpool at the Millenium Stadium in the 2002/03 curtain-raiser.

Such was the Gunners’ success during the mid-1990s and early 2000s, this was Arsenal’s 16th Shield appearance while Liverpool were competing in the game for the 20th time, though the two had not met for 13 years in the fixture.

Arsenal were without several of their first-choice players ahead of the game, though were victorious thanks to the only goal of the game in the second half as substitute Gilberto Silva collected a pass from Dennis Bergkamp and struck the ball through goalkeeper Jerzy Dudek’s legs.

The result meant Arsenal became the first team to win the Shield outright 11 times, while it marked Liverpool’s first defeat at the Millennium Stadium ahead of a campaign which eventually saw Arsenal finish second to Manchester United and Gerard Houllier’s side a disappointing fifth.