The plane crash on May 4th, 1949, in which all its passengers – including 18 players – were killed, robbed Italy of one of its greatest sides, right at the height of their prominence.

On May 4th, 1949, Torino were on course to win a fifth consecutive league title with just four matches of the season remaining, but that side would be cruelly cut down in their prime when the plane bringing them home from a match in Lisbon crashed on the outskirts of Turin.

Torino Football Club will forever be linked to some of the most glorious moments in Italian football history as well as the most tragic.

Passion, the will to win and the spirit of sacrifice have always been the three core values required in order to wear the famous maroon shirt, but their resolve was pushed to its very limit on that fateful day.

On the way back from a farewell match for Benfica’s Jose Ferreira in the Portuguese capital Lisbon, thick fog and altimeter problems saw the club plane, with 31 people on board, crash into the rear section of the Superga Basilica near Turin – there were no survivors.

Almost the entire side – 18 players in total – were wiped out including Hungarian-Jewish manager who had escaped from the Nazis, as well as their English coach Leslie Lievesley, a former Manchester United full-back who had moved to Italy with his family to pursue a post-playing career.

News quickly spread through the northern Italian city that afternoon and by evening scores of emotionally overwhelmed fans took to the streets overcome with grief and emotion. 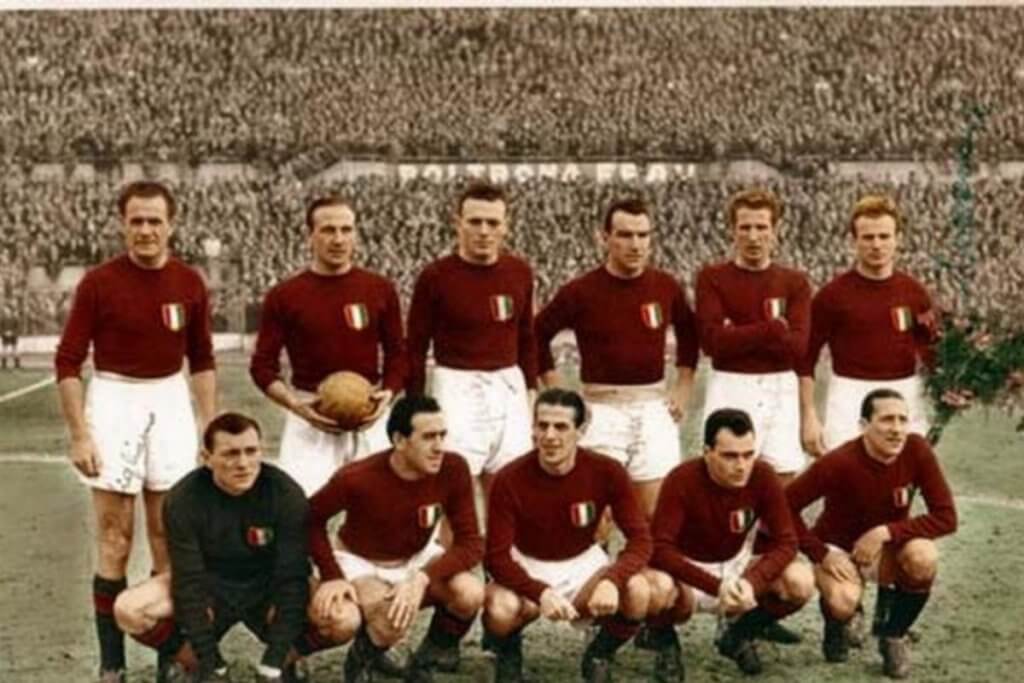 Sauro Toma, a defender who had not travelled with his team-mates because of injury said before his death in 2018, aged 92, he lived as someone: “condemned to survive, while my brothers perished.”

Two days after the crash, hundreds of thousands of people lined the streets to pay their respects at the funerals of the players who died along with two directors, the coaching staff and three journalists.

The likes of talismanic captain Valentino Mazzola, Ezio Loik, Romeo Menti, Virgilio Maroso, Guglielmo Gabetto and brothers Aldo and Dino Ballarin were amongst those to be laid to rest.

The remainder of that 1948/49 season was completed by the Torino youth team, who played the last four matches against the youth squads of other sides as rival clubs were of the belief that: “only fate could rob them of the title they so deserved.”

Torino won all the remaining games, finishing the campaign with 60 points, five more than Inter in second, but it was a bitter-sweet triumph, tarnished by the indelible memory of the tragedy.

On May 26th,  a match for the families of the victims was organised at the Stadio Comunale as a group of eleven players provided by other clubs, wearing the maroon jerseys, faced the great River Plate, including the star of Argentina, Di Stefano in front of a packed crowd.

The team passed into legend, not as the “Invincibles,” but the “Immortals,” and the following season each top-flight club was asked to donate a player to Torino, to help them rebuild the beleaguered squad.

They finished sixth that year as city neighbours Juventus took the title and Torino have won the league only once since, in 1975/76, the seventh title in the club’s history. 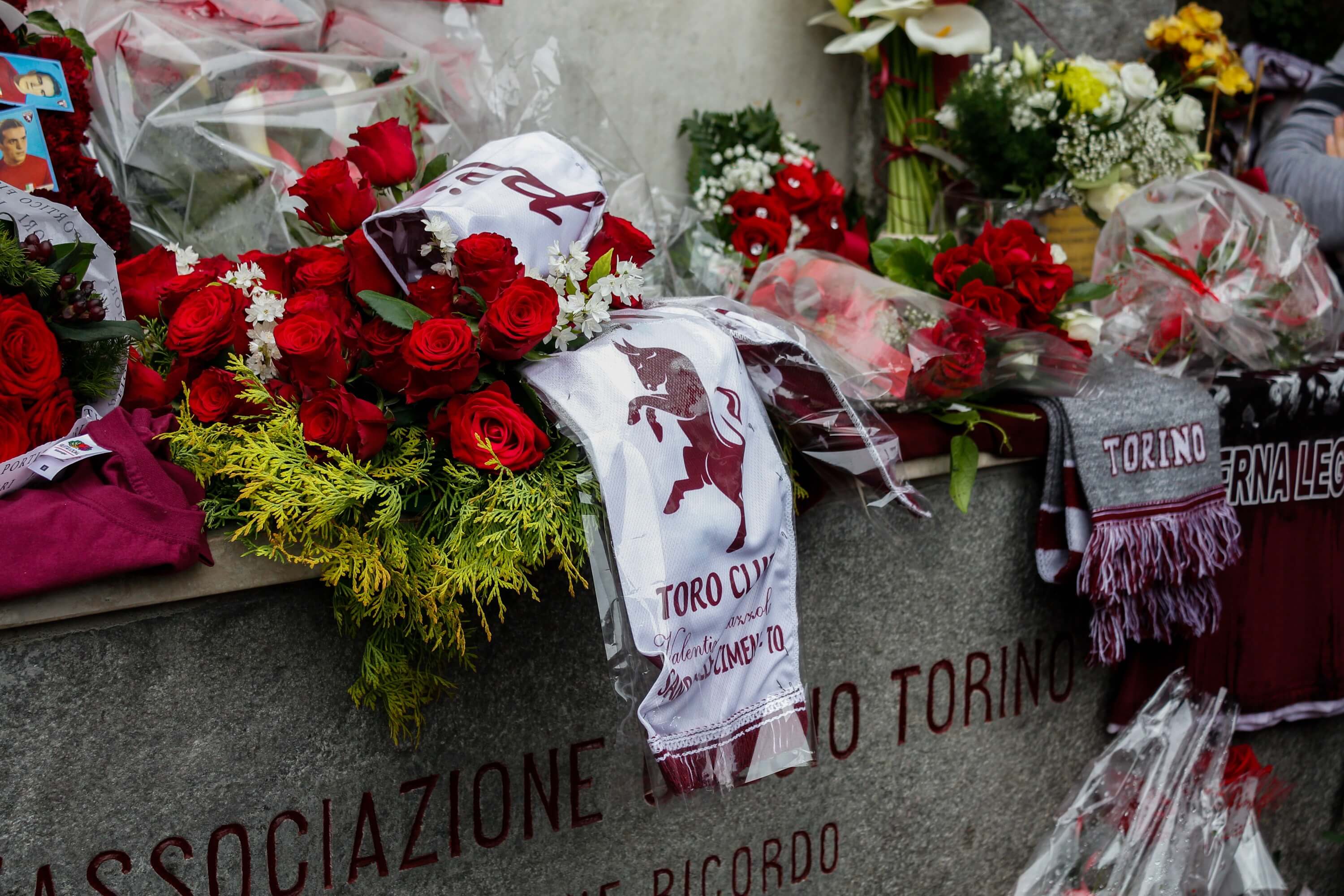 Torino had become the first Italian team to win the league and cup double in 1943, the final season before Serie A was halted for two years during World War Two while the club still holds three remarkable Italian top-flight records.

In 1947/48, Torino scored 125 goals in their 40 matches, finishing with a record goal difference of +92 on their way to their fourth title in as many seasons.

The same year Torino supplied all ten outfield players to the Azzurri squad for a friendly win over Hungary in 1947, a clear sign of the domestic dominance they enjoyed at the time.

By the time of the crash they had not lost at home in more than six years, while their 10-0 victory over Alessandria in May 1948 remains the biggest in Serie A history.

The disaster is central to Torino’s identity, and its legacy is not forgotten as thousands congregate at the site where the plane came down each year.

What became known as ‘The Superga Tragedy’ spelt the end of Il Grande Torino and ensured that the club would forever occupy a special place in the hearts of Italian fans.

It is a wound that scarred the club deeply, which never quite reached those same heights again, but it is a mark that serves to remind them also of their greatest achievements, and the days when they were the darlings of Italy.