With three wins from four Castleford coach Daryl Powell is refusing to get too excited ahead of their trip to Hull College Craven Park.

The Castleford Tigers will go top of Betfred Super League, for a couple of days at least, if they win at Hull KR on Thursday, but Coach Daryl Powell is refusing to get carried away with his side’s impressive start to the season.

They currently sit third in the table on six points having won three of their four games so far in 2020 but despite being, “very pleased,” with his side’s progress, coach Daryl Powell insists there is no room for complacency.

“Having had so many players missing I think it has been a great start,” Powell said of his side’s impressive recent run.

After beating Wakefield Trinity in the opening round of Super League XXV the Tigers followed up a defeat to Catalans Dragons with wins over Wigan and Toronto but Powell is keen to emphasise that it’s still early days.

“I am not going to get carried away,” he told the Yorkshire Evening Post. “Our next block of games is going to be a really challenging one. We have Warrington and St Helens in there, Salford away and Hull KR away, they are all very difficult games.

“We know we need to step up, but we have given ourselves a bit of a platform to build on.”

As for Hull KR, they will be aiming to get back to winning ways after a 22-4 defeat to Huddersfield Giants which came on the back of a 52-10 loss against Leeds Rhinos.

Rovers opened the season with a win over Wakefield Trinity and followed that up with a defeat to bitter rivals Hull FC in a thriller. 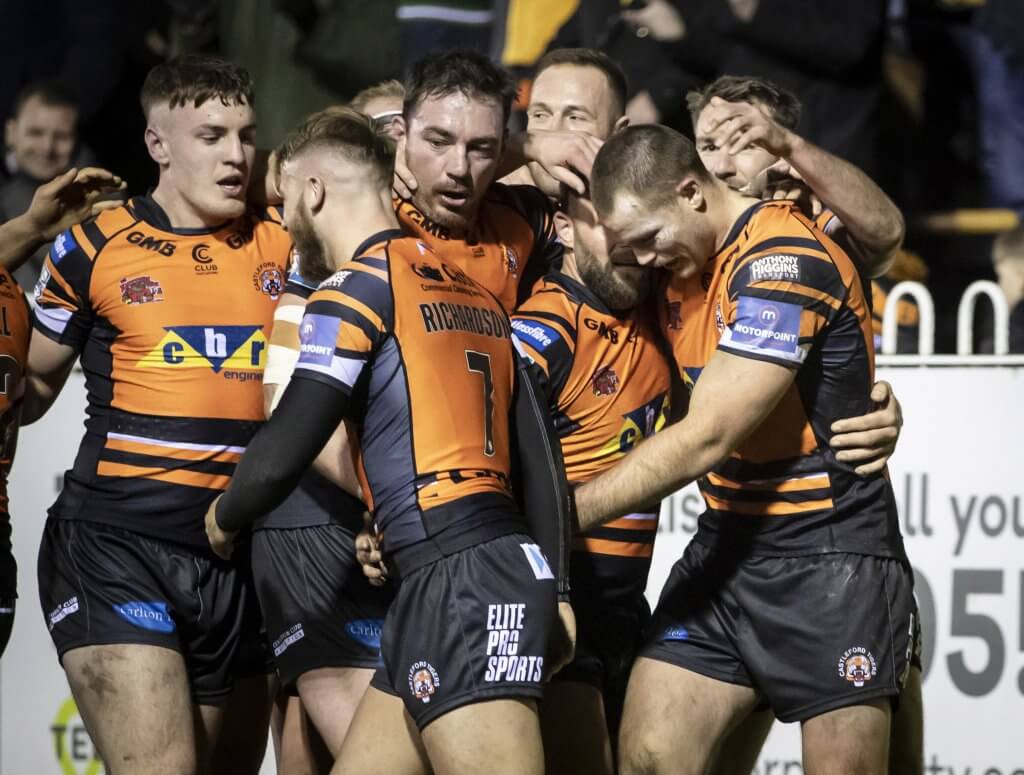 Former London Broncos back row Matty Gee is set to be handed his first start for Hull KR after Tony Smith’s side had their pack decimated by injuries.

Hooker Matt Parcell is sidelined after damaging his ankle ligaments in the defeat at Huddersfield and joins Harvey Livett, Weller Hauraki and the suspended Rob Mulhern on the sidelines, handing Gee his big opportunity.

“We’re having our fair share of injuries to experienced players in key positions at present and that is unfortunate as it really does impact on momentum, both individually for the players involved but also collectively for us as a team,” Rovers head coach Tony Smith said.

No such problems for Daryl Powell, though, who has two of his more experienced members of the pack available again with Adam Milner and Jesse Sene-Lefao both included in the 21-man squad for the trip to Hull.

When these two sides met back in August last year, a golden point extra-time drop goal from Danny McGuire snatched a 27-26 victory for Rovers which went a long way towards helping them retain their Super League status and Tigers boss Powell is fully aware of the challenge his side face.

“Everybody needs to do their job defensively,” he said. “They have got some tricky players and we need to focus on ourselves and make sure there is a real emphasis on our game and if we do that we will go into the game with some confidence.

“Hull KR is and always has been a difficult place to go and we won’t look past that we have to play right on top of our game to win it.”