The Saints are eyeing a third consecutive Grand Final victory but have they finally met their match? We spoke to Richard Shaw-Wright from Forty20 Live Podcast and Mark Illingworth from the Super League Pod ahead of the big game.

Whatever happens on Saturday, history will be made at Old Trafford as two sides with records that could not be more contrasting compete to be crowned Super League champions.

It’s the Grand Final that everyone wanted to see as the current Champions St Helens face the 2021 League Leaders Shield winners the Catalans Dragons at Old Trafford.

The Dragons made history by reaching their first-ever Super League Grand Final as they overcame Hull Kingston Rovers 28-10 in Thursday’s semi-final in Perpignan.

And after beating Wigan in Hull to win last season’s showpiece, St Helens will now return to Old Trafford – the scene of their Grand Final victory over Salford in 2019 – looking to make it three wins in a row for the first time in the club’s history. 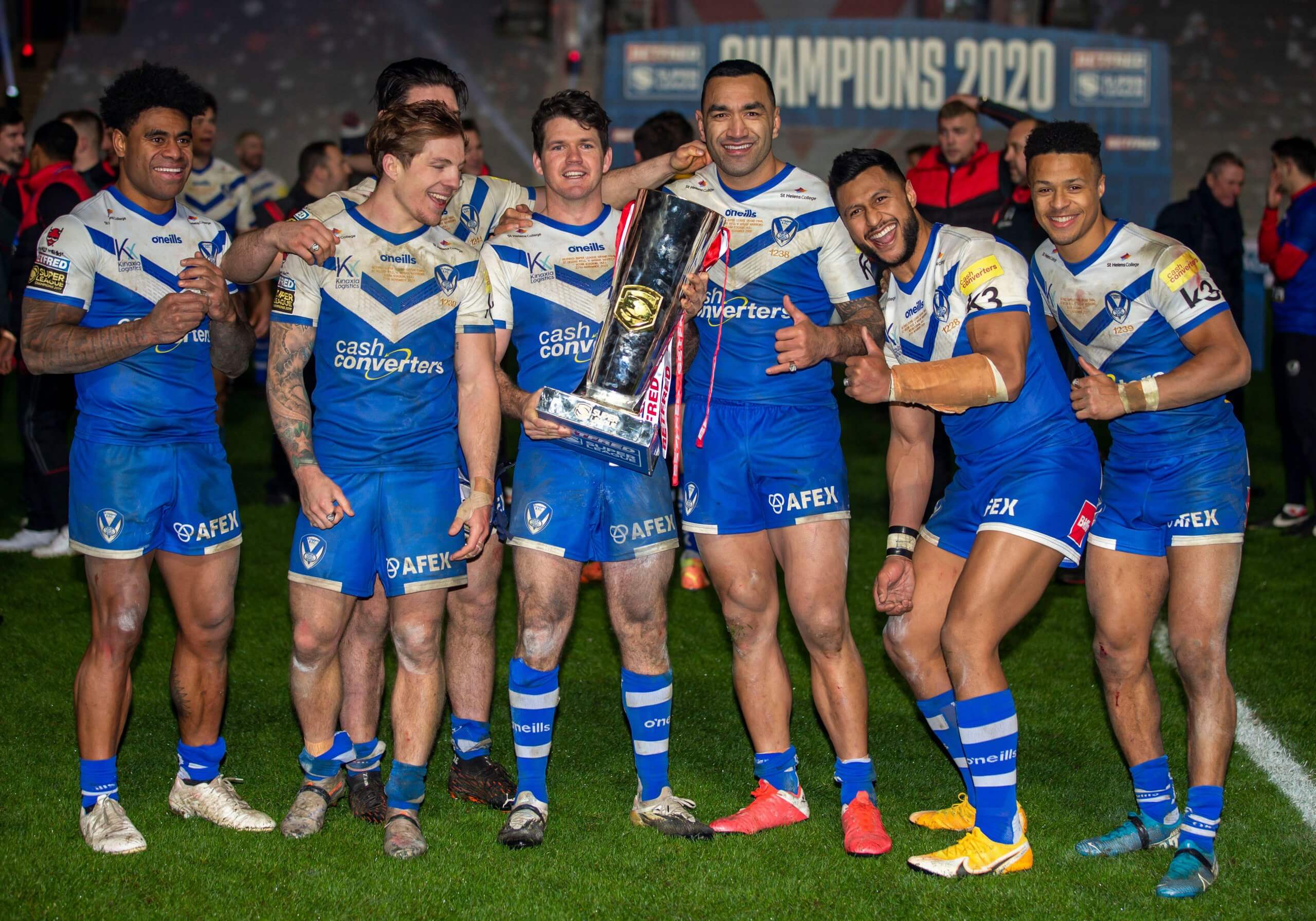 The Saints have dominated the competition for a prolonged period, but we will find out at the weekend whether they have finally met their match.

Catalans have impressed often in 2021 and are now the only side standing between the Saints and a third consecutive league title, while the French outfit bid for their first ever championship.

So what can we expect on Saturday? Where will the game be won and lost? And who should we be looking out for on either side?

We spoke to Richard Shaw-Wright from Forty20 Live Podcast and Mark Illingworth from the Super League Pod ahead of the big game. 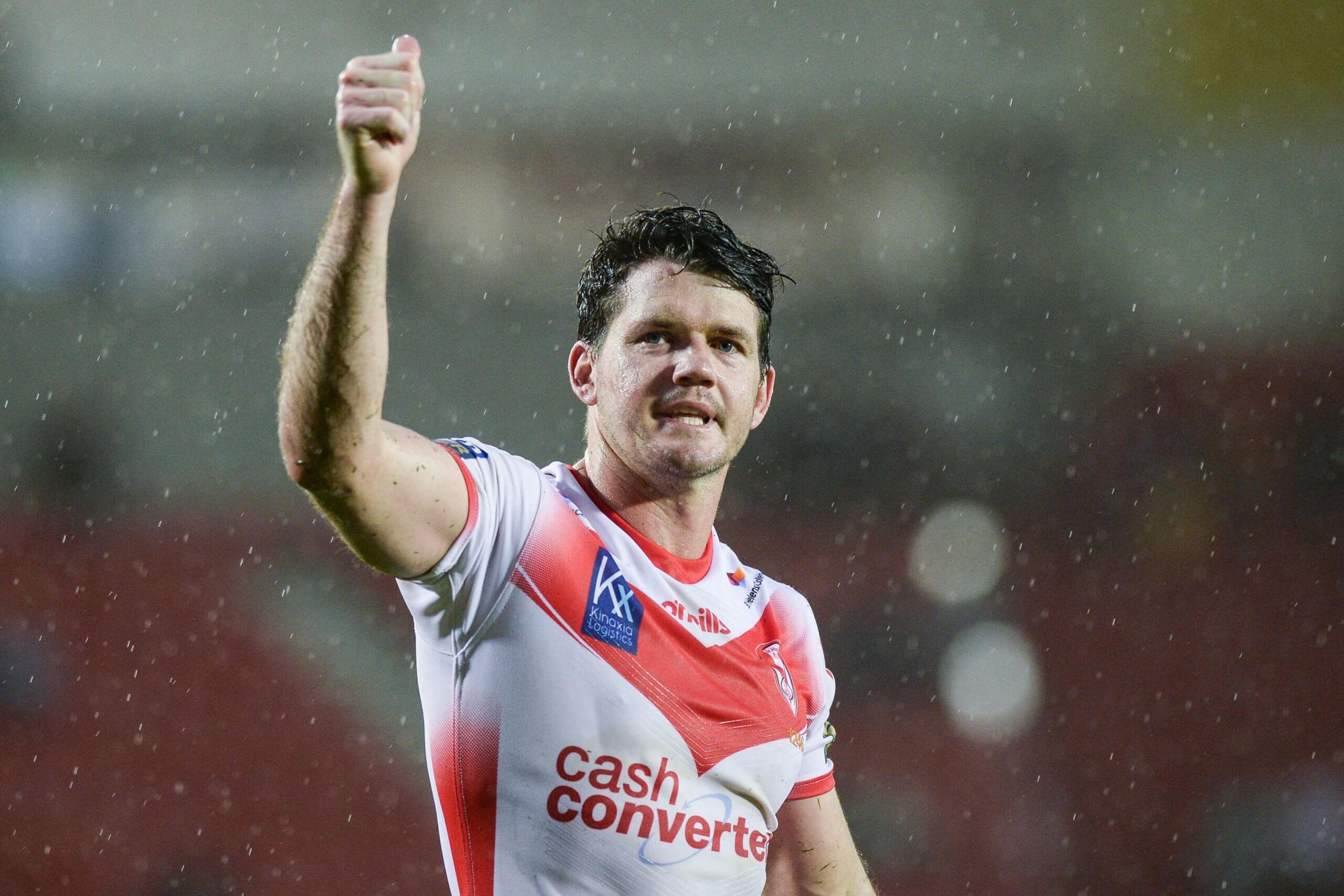 With two of the best sides in Super League competing on Saturday night, just what should we expect from this one?

“It’s the first time ever in the Grand Final for the side from the South of France so history will be made if they win it.

“It’s going to be a great final and with the two best sides in the competition, it can’t fail to be an amazing spectacle.”

The last side to win three Grand Finals in a row was the Leeds Rhinos in 2009, where do you think the Saints rank compared to them?

“Saints have been the dominant side in recent years and that has been demonstrated by them winning back-to-back Grand finals, against Salford in 2019 and Wigan last year in one of the most unforgettable finishes to a game ever.

“There’s no doubting it, they are one of the great sides of Super League, whether they are as good as that Leeds side that won three in a row in 2009, it’s hard to say as they dominated for a decade.

“But certainly in this current era, Saints are obviously the best side out there and they will be very, very confident of winning their third Grand Final in a row on Saturday.

🏆 Can Catalans secure a maiden win?
🔝 Or will St Helens make it 3⃣ in a row?

💬 “You’ve got the best two teams in the competition; it can’t fail to be an amazing spectacle.”

Catalans have gone from Super League relegation contenders to Grand Finalists in just a few years, who should take the credit for this incredible journey?

“You’ve got to put it down to the backing of Bernard Guasch, the owner of the Catalans Dragons, who has put his money where his mouth is over the last couple of years.

“You’ve got to put it down to Coach Steve McNamara too as the club took a gamble appointing him but he’s put together a side that the Catalans have fallen in love with that boasts plenty of exciting local talent, as well as the likes of Sam Tomkins and James Maloney.

“It’s the combination of the right coach and the right players on the field and the club are reaping the rewards with the League Leader’s Shield and a Grand Final place on Saturday.”

There are so many exciting individuals on both sides, what are the key battles to look out for?

“It’s hard to look past the creative players on either side.

“The likes of Lachlan Coote, playing his last game before leaving for Hull KR, will be up at full-back against Man of Steel winner Sam Tomkins, who is carrying an injury and might struggle to last the full 80 minutes – so that will be a great battle.

“James Maloney in his final game for the Dragons is a great international half-back while Jack Welsby, as exciting as he was last year, will be one to watch again this year on the biggest stage he will have played on.

“I think it will be won by whichever creative player has that moment of genius.

Listen to the Forty20Live Podcast here or watch here 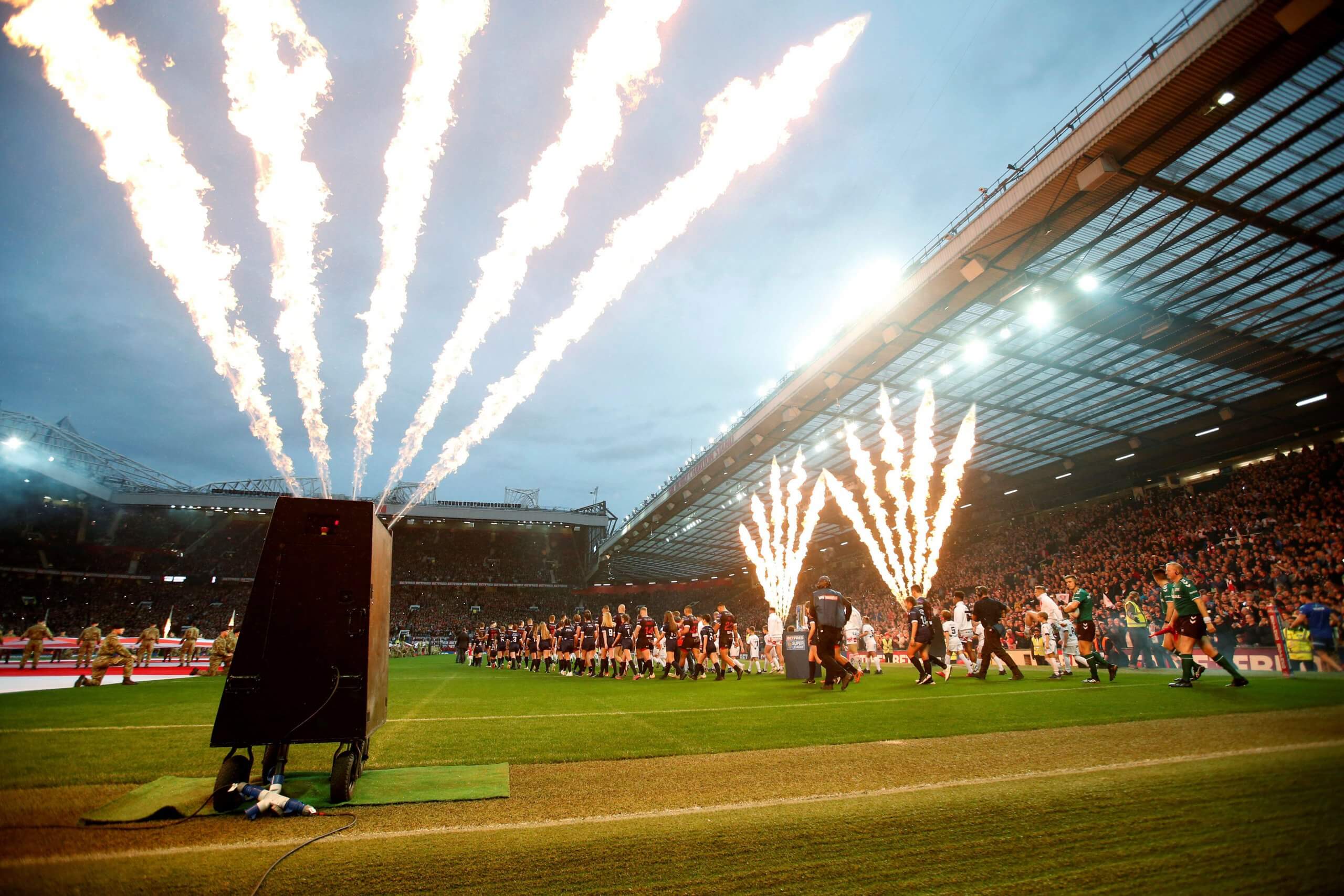 Just how big would it be for French Rugby League should Catalans win on Saturday?

“The history made after the Dragons won their first Challenge Cup in 2018, leading to the game at Barcelona’s Nou Camp in 2019, shows what them winning this game could lead to.

“Along with Toulouse going well in the Championship and the 2025 World Cup likely heading for France, it’s a growth time for the game there.

“With key players from that run like Lachlan Coote and Theo Fages moving on from the club after this year, there are plenty of special narratives for this game.

“That’s not even mentioning the excitement these two teams created with the finish to their game at Newcastle’s Magic Weekend only a month ago.”

Catalans were in the Million Pound Game just a few years ago, how meteoric has their rise been in recent seasons?

“The 2017 season and facing the Million Pound Game was a bit of an aberration for Catalans really. They’re usually mid-table pretenders who just run out of steam in the final stages of the season.

“But that year was possibly the kick start the club needed to get more professional with how they go about their business on the field. It helped them focus on quality and culture in the playing group, something Steve McNamara was brought in to achieve.

“Winning the Cup in 2018 showed them what they could achieve and now they have found greater consistency too, making them a top side in the competition.” 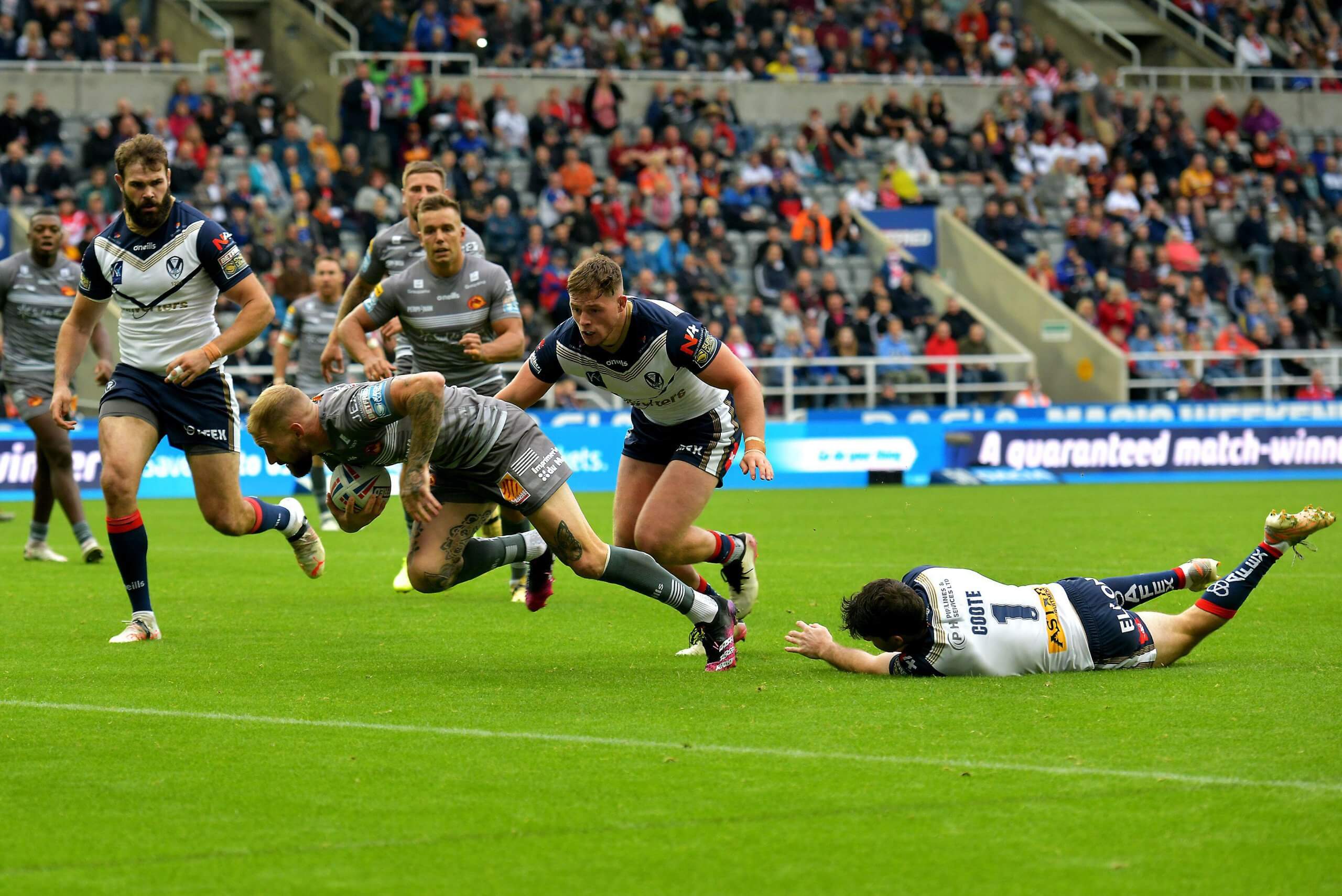 What do you put their success down to?

“Although, Steve McNamara has placed more emphasis on getting proven winners with strong leadership in as those star names – Sam Tomkins and James Maloney are a big part of their success.

“And other players they’ve brought in from outside have all been to finals and won trophies. Another factor has been trusting their own production line, bringing young French players through.

“McNamara has hugely developed the players coming through system, meaning that they have had more squad depth this year than it looked like they would back in March.

With The Saints looking for a three-peat on Saturday, where would it put this current team in terms of the greatest sides in the history of Super League?

“They have to be talked about as one of the very best.

“The 2021 side aren’t quite as free-slowing and entertaining as the 2019 side that started this run. But they are arguably the greatest defensive sides the competition has ever seen.

“They have so many star players, most of which they’ve developed themselves through their academy, that they are a threat across the park. James Roby is already one of the greatest players Super League has seen in 25 years.

“There are others in this side like Jonny Lomax, Alex Walmsley, Tommy Makinson and Mark Percival who get put into that conversation too if they win a third successive title.” 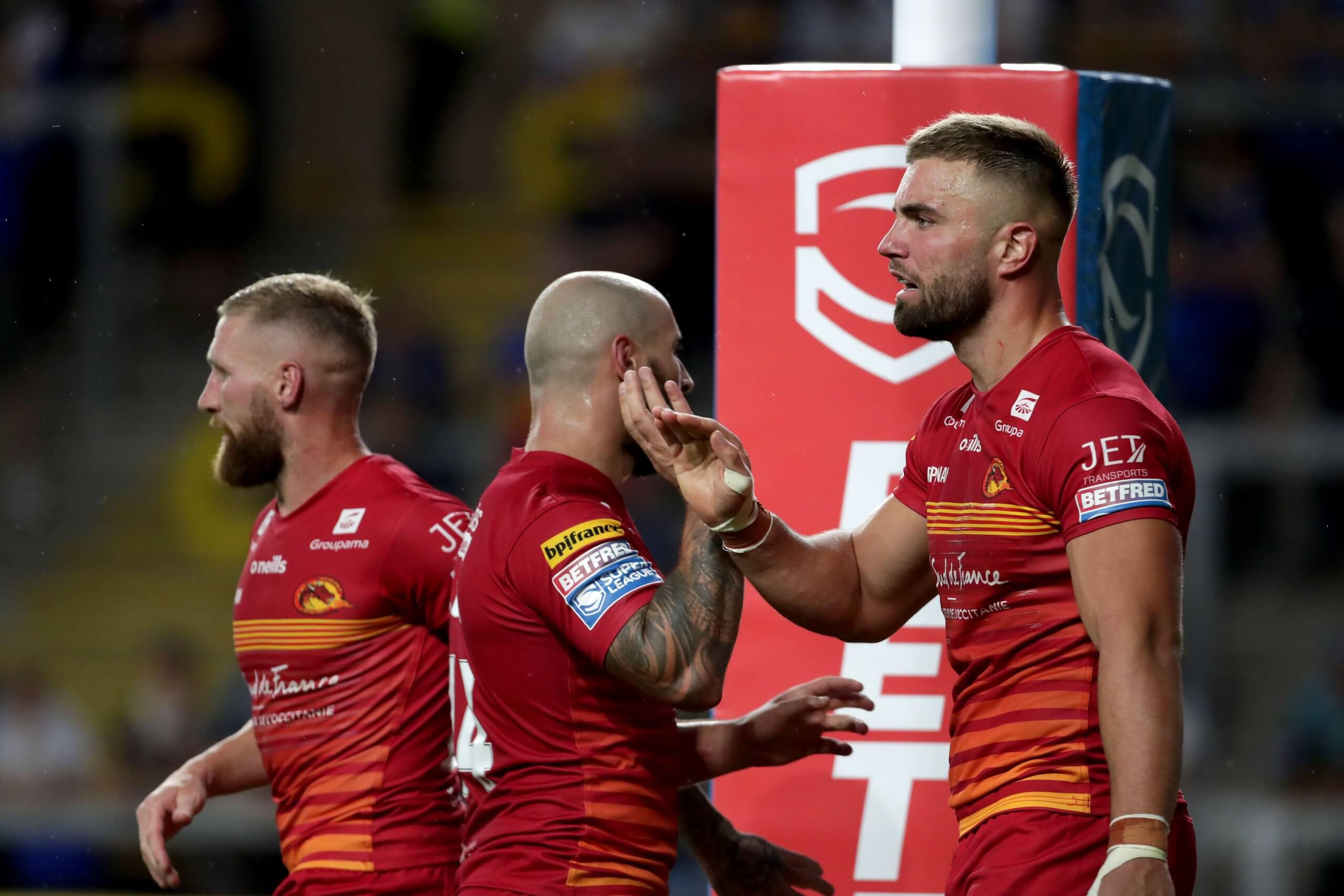 Where do you see the game being won and lost?

“With Lachlan Coote and Jonny Lomax directly up against them as Saints’ key men. But for Catalans to win, their forwards need to handle Walmsley well, and they need to attack St Helens out wide from deep.

“Look out for Samisoni Langi, who rampaged against St Helens at Magic Weekend, and Dean Whare in the centres for potential match-winning breaks and offloads.

“Morgan Knowles for St Helens has the ability to put on a master class of defensive work that might stifle Catalans’ go forward, so without the ball he could be a match-winner.”