Think you know a bit about the NFL? Well, this could be your chance to put your punditry powers to the test and win £1,000 by playing the FansBet Predictor Game...

Play FansBet’s very own free-to-enter NFL Predict & Win game now and guess the outcome of three scenarios from the weekend’s Super Bowl in Miami, and you could be in with a chance of winning the £1000* jackpot.

Simply answer three questions based around Sunday’s big game as the Kansas City Chiefs face the San Francisco and the cash could be yours – so, give it a try today and best of luck! Click here to play now.

The Greatest show on earth

The Kansas City Chiefs and San Francisco 49ers will do battle in this year’s Super Bowl in Miami with all eyes on star quarterback Patrick Mahomes, who has been in sensational form for the Chiefs having recovered from a knee injury which he picked up in Week 7.

The game – which is often referred to as “The greatest show on earth” – pits one of the most impressive offences against one of the meanest defences, which should ensure a gripping affair from start to finish.

Question 1. Who will win? 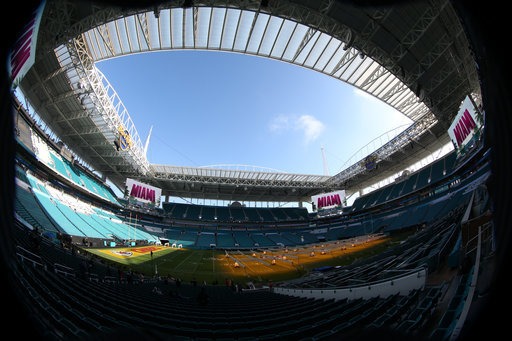 The NFL’s most explosive offense comes up against its most devastating defence on Sunday night and something has to give in what is expected to be a gripping encounter.

The Kansas City Chiefs have been in blistering form thanks to their star QB Patrick Mahomes, who has guided his side to the Super Bowl having returned from an injury that kept him out for a number of weeks, but appears to be back to his best right now.

The Chiefs are 27-8 with him as their starting quarterback and he’s never lost a game by more than seven points while in the post-season with 615 passing yards with eight touchdowns and no interceptions, alongside leading his team in rushing yards.

Question 2. Will there be over or under 54.5 points scored? 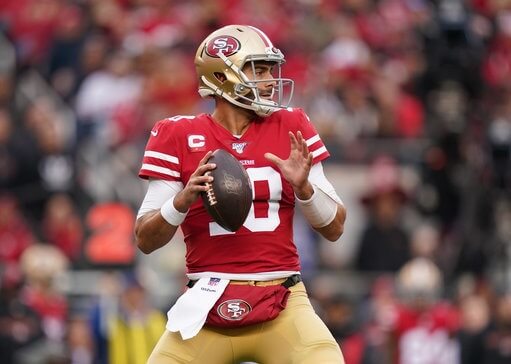 With a QB with the ability of Patrick Mahomes on the field there is every chance of a slugfest especially seeing as, in two postseason games, he has thrown a total of eight touchdowns – five against the Houston Texans and then three against the Titans.

But it’s not just about one gunslinger on Sunday night with the Niners’ offering their own threat in the form of Jimmy Goropollo – who threw for 349 yards and four touchdowns when San Francisco defeated the Saints last month.

The Niners quarterback has averaged 287 passing yards and two touchdowns per game this season, with a 109.5 passer rating, which would rank as the fourth-best in the league, so if both are able to fire on all cylinders the prospect of a high-scoring encounter is pretty likely.

Question 3. Who will score first and how? 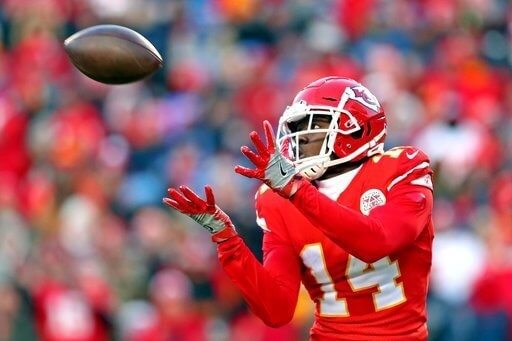 With two in-form quarterbacks going head-to-head on Sunday night there is every likelihood that whoever wins the toss will look to score from their opening drive with the likes of Tyreek Hill and Sammy Watkins eager to et on the board early.

But these two QBs don’t just make touchdowns, they score them too, not least the Chiefs’ Patrick Mahomes who scored after a brilliant 27-yard run as the Kansas City Chiefs beat the Tennessee Titans in the AFC Championship game.

The safe bet is to go for a field goal though, especially if the 49ers defence can live up to their pre-game billing and keep the Cheifs’ anger man out of the red zone, forcing them to settle for three points early in the game.

How to Watch Super Bowl LIV

UK viewers can watch all the action on free-to-air TV as the game will be shown live and in full on BBC ONE and the BBC iPlayer.

Meanwhile, Sky customers can also choose to watch with their favourite pundits on Sky Sports Main Event and Action.

The game starts at 11.30pm UK time and should go through to around 2.30am – providing there’s no overtime drama.

*In the event of a tie where there are multiple winners the total prize will be split equally between the successful entrants. Terms & Conditions apply.