Stockport County: “The fanbase is the reason the club is still going.”

"We have watched County play at places by walking through an allotment and even a pub beer garden just to get to the turnstiles," Ant Sherratt from The Scarf Begara Wore is under no illusions about the journey the Hatters have undertaken on the eve of their EFL return.

After 11 years in the footballing wilderness, Stockport County will be playing league football once again on Saturday as they begin their League Two campaign at home to Barrow.

Over 10,000 were in attendance last May to see County secure the National League title with a 2-0 win over Halifax Town, reviving memories of the glory days at Edgeley Park when the club would often host the likes of neighbouring Manchester City.

But Dave Challinor’s side will be out to prove from the offset that they are here to stay after a tumultuous decade that almost saw the club go out of business before finally returning to where the fans believe they belong.

“The feeling is still totally surreal, to look back on where we’ve been,” Ant from The Scarf Bergara Wore tells FansBet.

“We have genuinely watched County play at places by walking through an allotment and even a pub beer garden just to get to the turnstiles.

“Going to the likes of Bradford and Oxford – bearing in mind where we came from and competing with and beating Manchester City, Norwich, West Brom and Wolves within the last 20 years – our story is just unbelievable.” 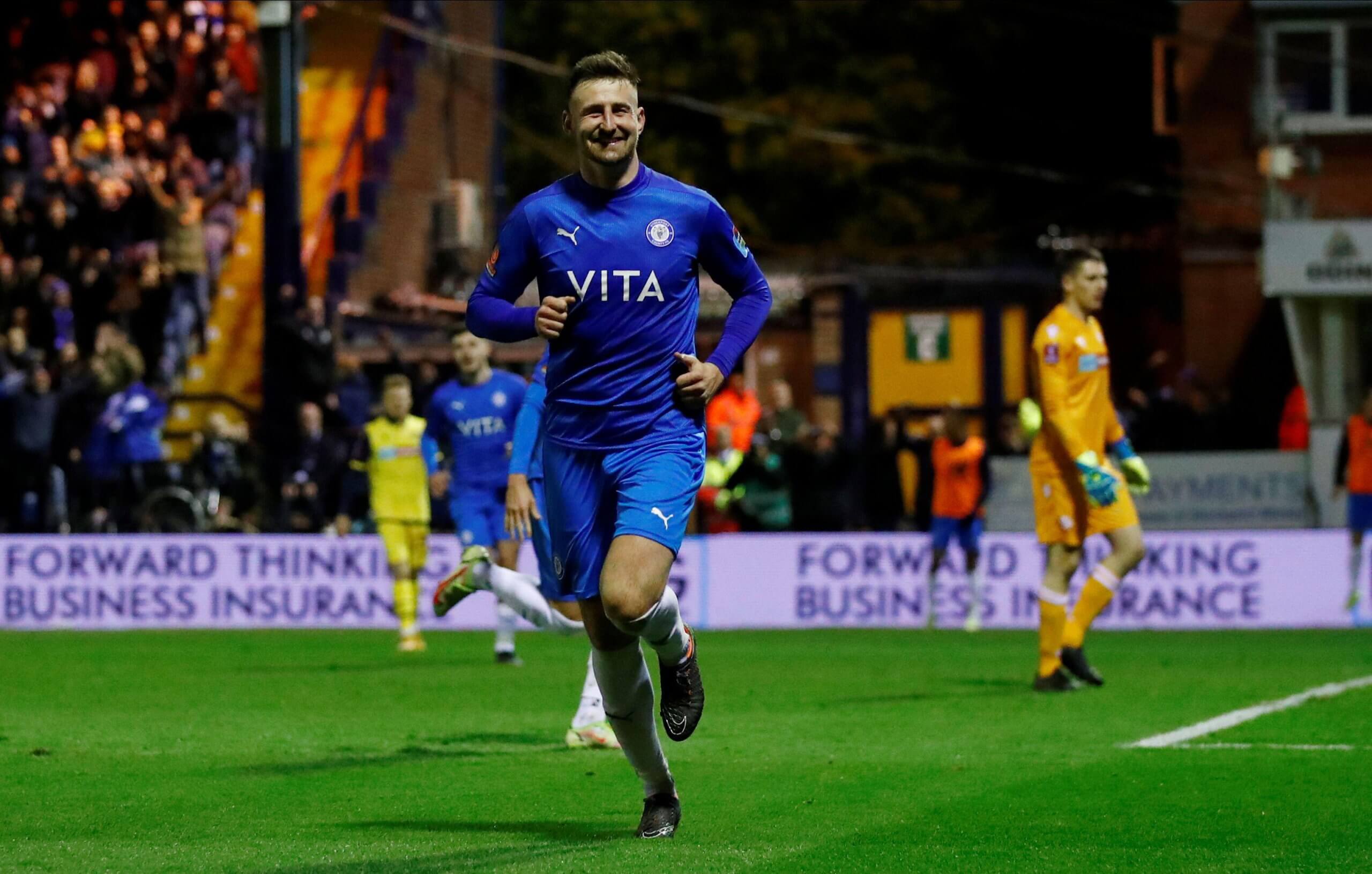 Two decades ago County were playing in what is now known as the Championship, regularly tussling with the likes of Crystal Palace and Wolves and in English football’s second-tier.

But despite such dizzy heights, which saw the Hatters make no fewer than four trips to Wembley in a 10-year period, that would be as good as it got for a club that proudly boasted a 106-year stay in the Football League.

The dawning of the 21st century would see the club relegated to the third tier of English football and so began a turbulent period in which County sunk to the very depths of the footballing pyramid – eventually losing its coveted Football League status with their very existence in jeopardy.

“The fanbase is the reason the club is still going,” explains Ant.

“Steve Bellis coming back to the club as President was absolutely key, especially with his mantra of making the club appealing to potential investors.

“The key moment was waiting for the correct man to come along and that wait has certainly paid dividends. I’d describe some non league moments as horrific.

“But we have found some absolute gems of players, three of which may well make a league appearance for the club in a division two steps higher from where they made their debuts.

“As a fanbase there is a complete feeling of pride again while, at the same time, we have unfortunately lost members of the County family who didn’t get the chance to see us back where we belong. 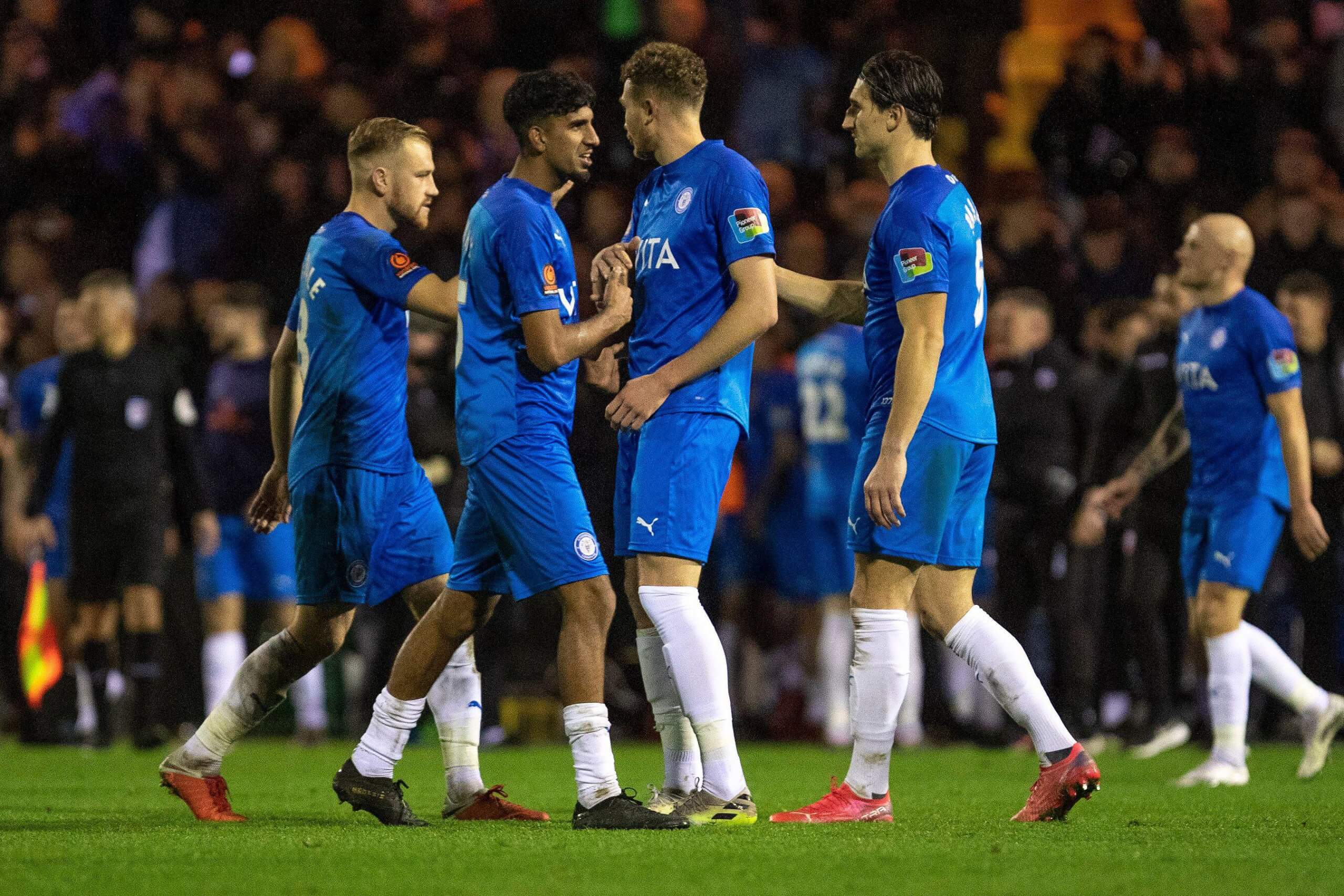 “I find this heart-breaking but in their memory we will do everything to do them proud this season.”

Stockport were taken over by local businessman Mark Stott in 2020 and since then he has invested plenty into the playing squad and club infrastructure.

That culminated in last season’s promotion and just recently he announced he had cleared the £7.7m debt the club owed him.

The club, as a result, are in rude health financially hence their tag as promotion favourites with recent acquisition Joe Lewis the latest in a raft of fresh faces arriving at Edgeley Park this summer.

He joins Kyle Wootton, who arrived from Notts County, Connor Lemonheigh-Evans on a free from Torquay, Akil Wright, who made the switch from York City, along with Fraser Horsfall from Northampton and former Rochdale and Fleetwood midfielder Callum Camps.

But despite the activity in the transfer market, Ant was initially rather unimpressed by the new arrivals.

“The start of the window for me was slightly underwhelming,” he explains. 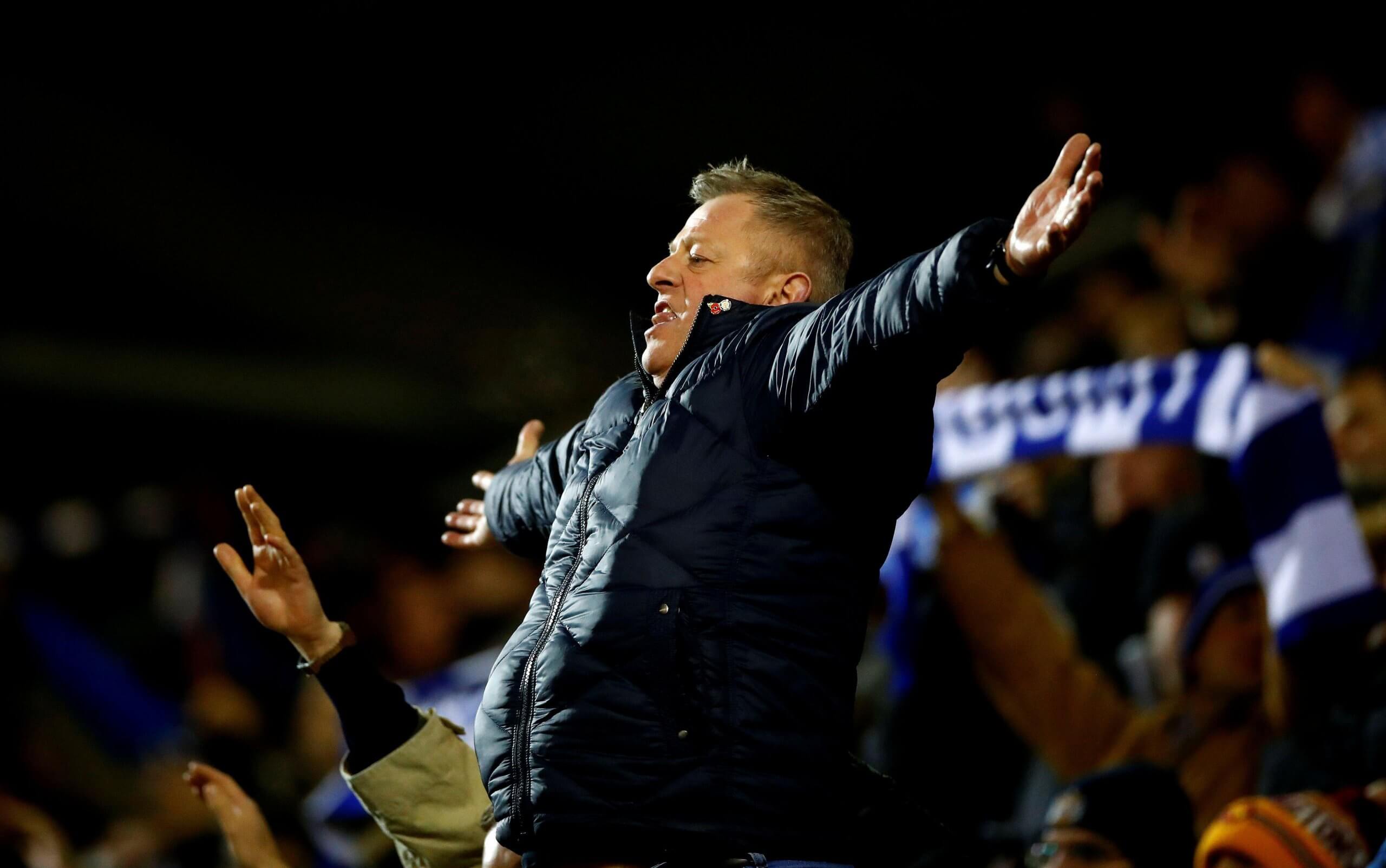 “This is, however, a nod to the talent within the National League and if you put the top eight into League Two, none of them would be in a relegation battle and many would probably be challenging for promotion or at least the play-offs.

“Towards the end of the window. the capture of Horsfall and Camps on free transfers take us up another level again and we now have two very strong 11’s to choose from with plenty of leaders in the camp – which will help with the additional substitutions this season.

“But this is just the third step of our seven year plan of getting to the Championship and I’m not trying to be blasé or arrogant, it’s just since our takeover everything that has been done has had a reason to it.

“Everything has been methodical to give the manager the best tools to achieve success.

“Dave Challinor came in and didn’t have to make wholesale changes to squad yet still achieved promotion with a squad assembled by someone else.

“If we continue with the same set-up and plan we have been on, I’m sure we will be fine and more success will follow.”

But despite the obvious optimism and natural feel-good factor surrounding the club ahead of their EFL return on Saturday, County fans remain cautiously realistic about the task before them.

The National League is littered with one-time league clubs who are finding the competition to get back into the top-four flights divisions and harder each year and they are one of the more fortunate ones to have made it back to the bottom of the ladder. 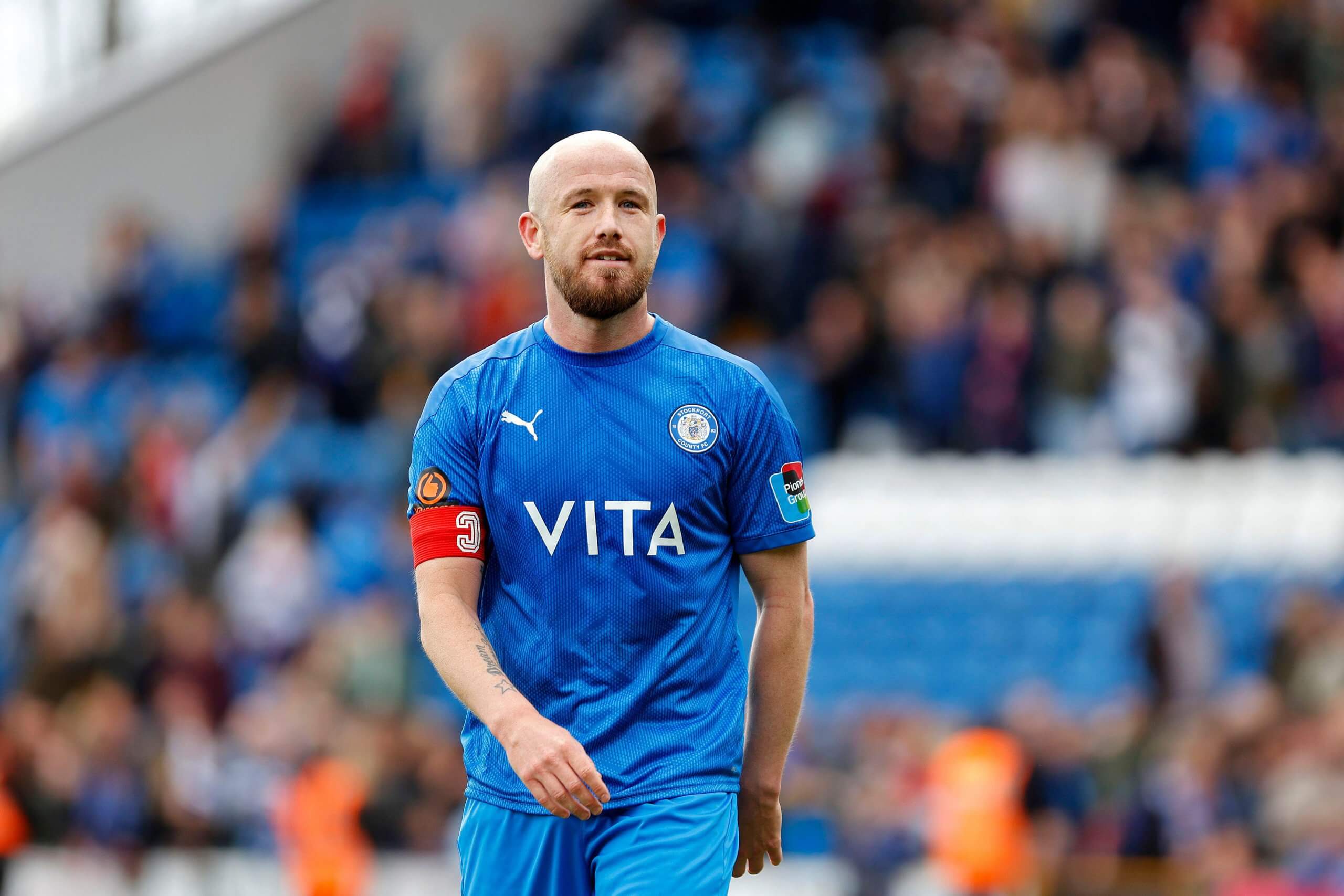 So is Ant daring to let his heart rule his head on the eve of what is sure to be a memorable campaign?

“I couldn’t take trying to get out of the National League again as Grimsby were an exception doing it at the first attempt last season.

“I can’t see us not being involved in a play-off or promotion challenge – it’s what Dave Challinor does, the majority of every season he has managed, he is in the mix for promotion and this is the fourth club he’s done it with.

“My expectations are that we’ll go on a massive unbeaten run at some point.

“The squad evolves again further, I expect this is the year where we may well lose a player or two to a club higher up the pyramid, with the contracts we have our players on, then it could be seven-figure transfer fees coming in.

“This could happen in January and the way we react needs to be clever. But I expect the club to have a plan already in place.

“Then my final expectation is to miss out on tickets for a massive away day, unfortunately, it is what it is and this is the result of the club growing and evolving.”