Manchester United will be keen to bounce back on Saturday against Southampton and, as Matthew Crist explains, they have a good record at St Mary's but will have to improve defensively.

Having suffered their first defeat at home to Crystal Palace in 30 years last weekend Manchester United will be keen to get back to winning ways against Southampton on Saturday.

Things started oh-so-brightly for Ole Gunnar Solksjaer’s men on the opening day of the season as they thumped Frank Lampard’s Chelsea 4-0 at Old Trafford, but since then they haven’t had things all their own way.

A 1-1 draw with Wolves was followed by a shock defeat to the Eagles which saw United miss their second penalty in a week and much of that early season optimism looks to have vanished, though they can boast a fine record when it comes to trips to St Mary’s.

To compound the misery of Saints fans, their team has ended on the winning side in just three of the last 15 Premier League meetings between the two and having started the season with two defeats and one win from three a wounded United side are far from the ideal opposition for Ralph Hasenhuttl’s men on Saturday lunchtime.

A 4-0 thrashing at the hands of Burnley on the opening weekend was followed by a home defeat to Liverpool though their performance that day might have deserved better and the Saints finally got off to winning ways when they won away at Brighton 7 days ago. 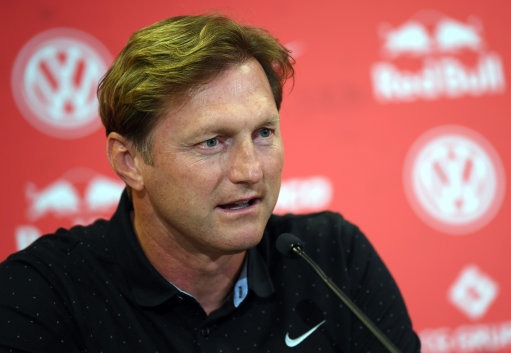 SOUTHAMPTON TO BEAT MANCHESTER UNITED AND BTTS AT 6.50*

Southampton will be without Nathan Redmond, who is out for at least two weeks after injuring his ankle in Tuesday’s Carabao Cup win, and joins Moussa Dejenpo on the sidelines.

Meanwhile, Michael Obafemi is likely to be absent after suffering cramp in midweek, while Ryan Bertrand is back in training but it remains to be seen if he is fit.

As for United, they are without Luke Shaw and Anthony Martial, who have hamstring and thigh injuries respectively, while defensive trio Diogo Dalot, Eric Bailly and Timothy Fosu-Mensah are also missing for the trip to the South Coast.

The Saints might well fancy their chances of recording a first home win over Manchester United since 2003 though, as Ole Gunnar Solskjaer’s side are without an away win since PSG in last season’s Champions League, and have recorded only three wins in their last 15 games.

Their 4-0 win over Chelsea three weeks ago was the only clean sheet they have kept in their last 14 Premier League games and of those matches they have conceded 22 goals while finding the net just 19 times themselves, so United to win to zero at 3.50* maybe a little short.

In his pregame press conference Solskjaer claimed: “Clean sheets are always the foundation to build on and we started really well against Chelsea, but we know the two against Palace should have been avoided.

“We hope to go down there [to Southampton] and look stronger at the back.” And with that in mind Southampton to win to nil could be a tempting option especially at 6.05.*

Manchester United to beat Southampton and BTTS at 3.75*