South Africa v England: Bowling trio can get England off to a flier

England will be looking to put their Ashes disappointment behind them when they face South Africa in the first Test at Centurion on Boxing Day.

England welcome back three of their key bowlers for their first Test clash with South Africa which begins on Boxing Day as they chase just their third away series victory in seven years.

Pace pace-man Jofra Archer has recovered from illness, according to England head coach Chris Silverwood, and will likely be joined by fellow fast-bowler Stuart Broad who also missed the two drawn warm-up matches due to sickness, while  James Anderson returns following a calf injury which kept him out of the Ashes last summer.

The trio trained on Monday with Broad and Archer both bowling five overs ahead of the first Test which takes place in Centurion beggining on Thursday morning at 7am UK time.

“We saw how he was running in and bowling fast in those nets,” said Silverwood on Archer’s fitness.

“He bowled a few overs with me the day before and he just backed it up again, so if we can see a few more sessions like that then he’d throw his hat in the ring.

“Maybe there’s a little bit more caution around it, if I’m brutally honest, but more than anything it’s for his well-being as well.

“If he’s going out on the pitch we need to make sure he’s 100 per cent, but equally he’s played a lot of cricket as well – albeit maybe not at Test level.” 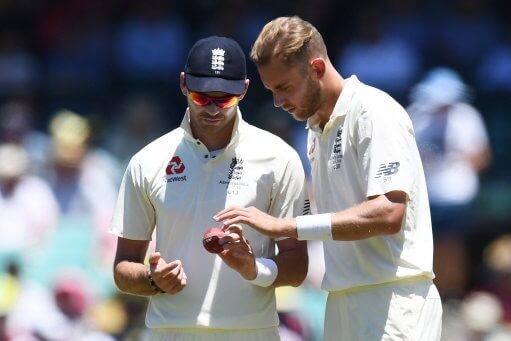 Somerset duo Dominic Bess and Craig Overton were called into the squad as cover for the stricken bowlers, but a decision will only be made on the XI on the day to give Archer and Broad a chance to prove their fitness.

South Africa have an impressive record in Centurion and beat England by 280 runs the last time the two met here in 2016 and the pacy pitches at SuperSport Park will no doubt favour the hosts having produced 19 home wins in 24 Test matches, although three of their five failures came against England.

However, South Africa appointed a new Head Coach only last week which is hardly the ideal way to prepare for a Test series and England will be keen to exploit any weaknesses they can in the hosts reasonably new lineup.

This is a period of transition for South African cricket with Morne Morkel and Dale Steyn both having retired from Test cricket since the last time the teams met three years ago while exciting quick bowler Lungi Ngidi will be missing afer tearing a hamstring last week.

As a result, the Protea’s squad is a mixture of well-known faces and franchise performers being given a chance to show they can make the step up to Test cricket and includes six uncapped players – though these are no rookies and all have plenty of first-class experience.

England have only won two overseas series in the last seven years, but are likely to be boosted by the return of record wicket-taker Jimmy Anderson following the calf injury which restricted him to just four overs in the Ashes during the summer.

The Cricket World Cup victory in June was followed by a defeat to Australia in the Ashes Test series, while a trip to New Zealand in November saw England defeated 1-0 in the two-game series.

But with England’s bowlers likely to find conditions more favourable at Centurion than in New Zealand and if the trio of Archer, Broad and Anderson can fire on all cylinders, they will be hopefull of taking an eraly lead in this four game series and can be backed at 2.30* to do just that.