The 'baby faced assassin' has now been in charge at Old Trafford for 12-months and 50 Premier League games. So Matthew Crist has crunched the numbers during Solskjaer's first year as Manchester United manager.

It’s exactly a year since Ole Gunnar Solskjaer was appointed as Manchester United’s permanent manager, replacing the outgoing Jose Mourinho, so how has the club legend faired in his first 12-months in the Old Trafford hot seat?

Solskjaer marked his 50th Premier League game in charge of Manchester United in style at the start of March as the Reds overcame Manchester City to make it ten matches unbeaten in all competitions.

The run represents Manchester United’s best streak since going 11 without defeat following Solskjaer’s initial appointment as interim manager back in December of 2018.

The victory also secured the club’s first league double over derby rivals Manchester City since 20010 as the Norwegian became just the third United manager to achieve the feat along with Alex Ferguson and Dave Sexton.

So is this recent run of form typical of the former striker’s time at the club where he is still worshipped, or does it mask a pretty average 365 days at a club whose standards are naturally so high?

Having been put in temporary charge at the end of 2018 following Jose Mourinho’s departure, United won 14 of their 19 games in all competitions, including a famous Champions League last-16 second-leg comeback at Paris Saint-Germain.

This impressive spell piled the pressure on United to make his appointment a permanent one with Rio Ferdinand even demanding that his former club offer Solskjaer a blank contract.

But despite that early promise, it has been a year largely of stagnation for The Red Devils, often taking two steps forward, swiftly followed by a couple in the opposite direction – maybe these figures can explain why. 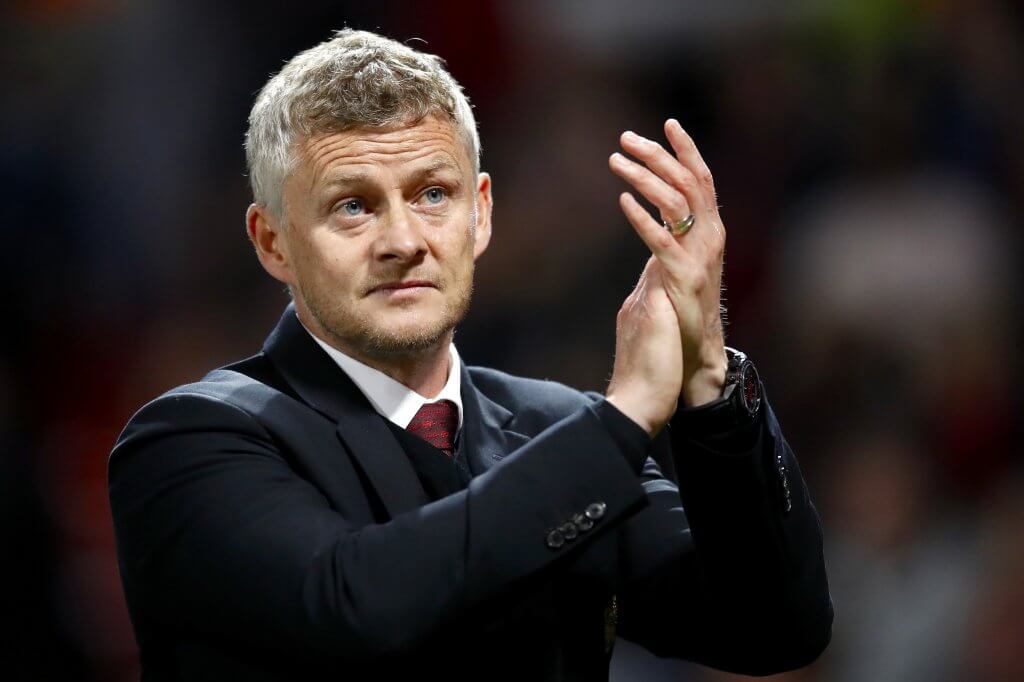 Over the past year, Liverpool have accumulated an astonishing 103 points from 36 top-flight matches, 22 more than Manchester City have collected in the same period.

This will make worrying reading for some Reds with United a whopping 50 points adrift of Jurgen Klopp’s men having played a game more as it stands with the season now suspended due to the Covid 19 outbreak.

In fact, their tally of 53 is only the seventh-best and leaves them trailing behind Wolves with 56 and Crystal Palace who have amassed 55.

Chelsea are fourth on 63 behind Leicester City on 64, though United can take some solace in the fact that they have accumulated more points over the past year than Noth London rivals Tottenham (51) and Arsenal (50).

What might concern United supporters is the fact that the club has won just 14 of the 37 league games played during Solskjaer’s permanent stewardship thus far.

Of the so-called “big six”, only Arsenal (12) have triumphed in fewer outings, with Tottenham also on 12 wins and Chelsea 18.

Not surprisingly, the two teams currently in first and second in the Premier League are setting the pace with Manchester City boasting 26 victories and Liverpool on 34.

The only slight consolation might be that Spurs – managed by the man Solskjaer replaced, Jose Mourinho – have lost more games, with 14 to United’s 12 in the past year.

There’s no doubt that United’s recent resurgence has coincided with the £47m acquisition of Portugal midfielder Bruno Fernandes, who looks to have rejuvenated a side which appeared to be standing still for much of last year.

Since his debut on February 1st, he’s scored two goals and has three assists, creating a total of 11 chances for team-mates in that time – a figure bettered by only Leicester’s James Maddison, Burnley’s Dwight McNeil and Wolves midfielder Joao Moutinho.

Even so, in the time Solsjaer has been in charge United have scored just 51 times with only Arsenal scoring fewer (50) of the “big six” while with Chelsea (64) and Spurs (57) both ahead of Solskjaer’s side.

Without doubt, much of Manchester United’s success over the past 25-years has been built around defensive stability; a rock-solid foundation which has enabled them to become one of the toughest teams in the country to break down.

So, perhaps more concerning of all is United’s failure to keep clean sheets in recent times, having denied opposing sides from scoring on just eight occasions in the past 12-months.

On the bright side, having let in 44 goals over this period they are ahead of Arsenal (48), Spurs (47) and Chelsea (45) but still some way off the defensive solidity of Manchester City who have shipped 33 and Liverpool who have conceded a measly 25 in the time Ole Gunnar Solskjaer has been Manchester United manager.