So near, So Far: Scotland’s sorry story at major finals

As Scotland prepare for their first major tournament since 1998, Matthew Crist looks back at the pain and heartache endured by the Tartan Army down the years ahead of Euro 2020.

Despite qualifying for no fewer than 10 major tournaments, believe it or not, Scotland have never made it to the second round of a major competition.

They’ve come pretty close to making it to the knockout stage down the years mind, but for one reason or another, it just hasn’t happened.

The question is now, after a string of near-misses, can Steve Clarke’s men make history and progress to the latter stages of the European Championships this summer?

So we’ve looked back at some of those occasions that Scotland have come up short and ask if this time, it might just be their year? 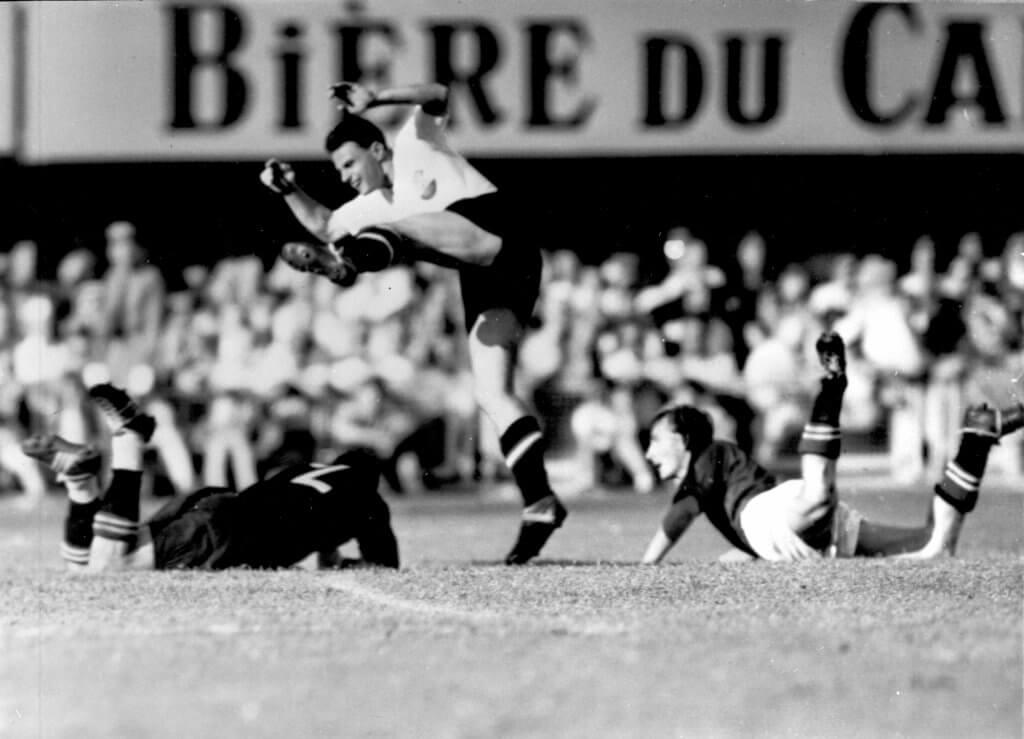 Scotland were drawn in a group with Uruguay, Austria and Czechoslovakia, though the round-robin format was not in force during this tournament and just four matches were scheduled in each group with two seeded teams playing the unseeded teams with Scotland set to play Austria and Uruguay.

The first match was lost to Austria by just a single goal but that was enough for the recently-appointed manager Andy Beattie who resigned in the wake of defeat.

Scotland then experienced their heaviest ever World Cup defeat with Uruguay scoring seven goals without reply. Scotland departed the tournament with no points and without scoring a goal but had joined the bigger stage of world football. 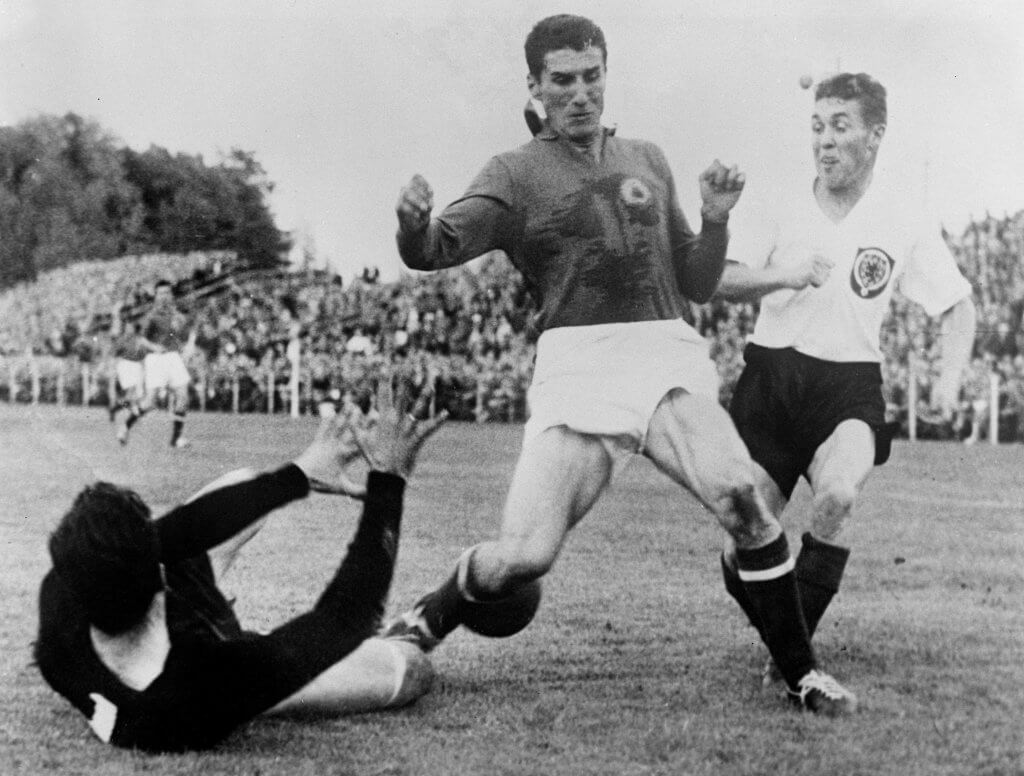 Scotland took their first points at a World Cup in 1958 with a 1-1 draw against Yugoslavia with Jimmy Murray equalising after going down to an early goal.

The next match against Paraguay finished 3-2 with the South Americans always in front.

The final game saw another defeat, this time to France by the odd goal in three as Scotland again finished bottom of their group without a victory – meaning it would be 16 years before they would earn the right to test themselves again at this level again. 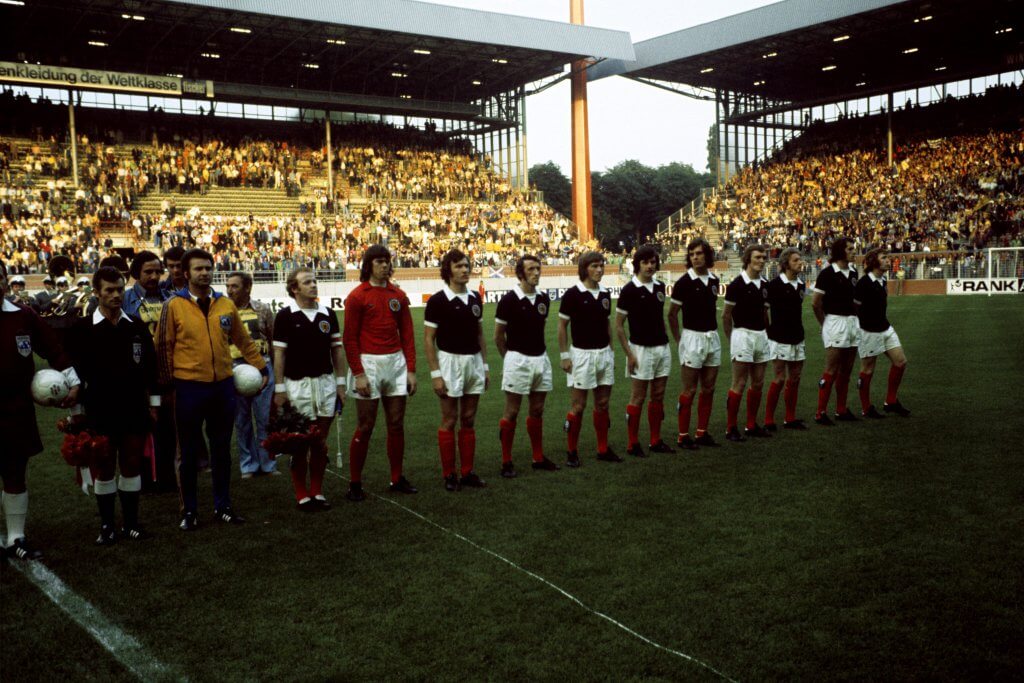 Willie Ormond’s Scotland beat minnows Zaire in their opening game 2-0, but instead of pressing forward and putting their opponents to the sword, they sat on their lead – a decision that would ultimately cost them dear.

A 0-0 draw against world champions Brazil followed, before another battling display saw them secure a 1-1 draw against group winners Yugoslavia.

Despite this, that 2-0 win against Zaire would see them go out on goal difference after Brazil beat the African side 3-0, while Yugoslavia scored nine past them – meaning Scotland went out of the World Cup at the group stage, without losing a single game. 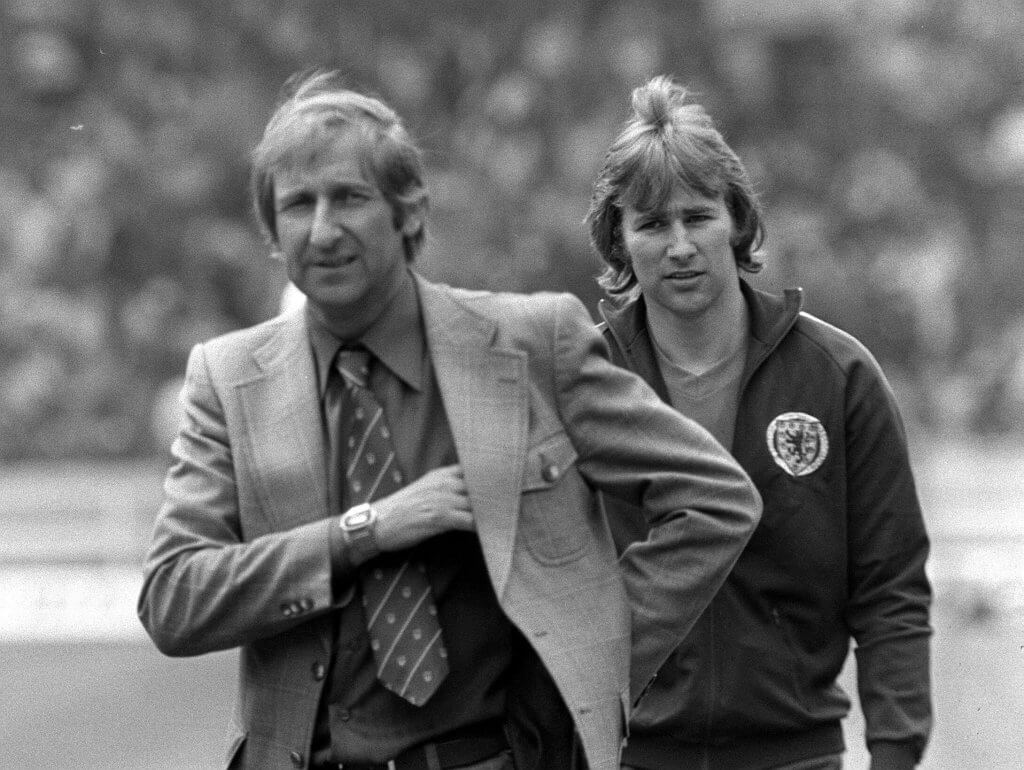 Scotland suffered an unexpected defeat in their opening match, losing 3-1 against Peru, and things didn’t get much better in their second as they recorded a 1-1 draw with Iran.

That meant that, if Scotland could beat the Netherlands by three clear goals, they would reach the next round, and despite fine efforts by Dalglish and Gemmill – who bagged three goals between them – the Dutch scored two in reply.

As a result – despite beating the eventual finalists – Scotland were out on goal difference again, 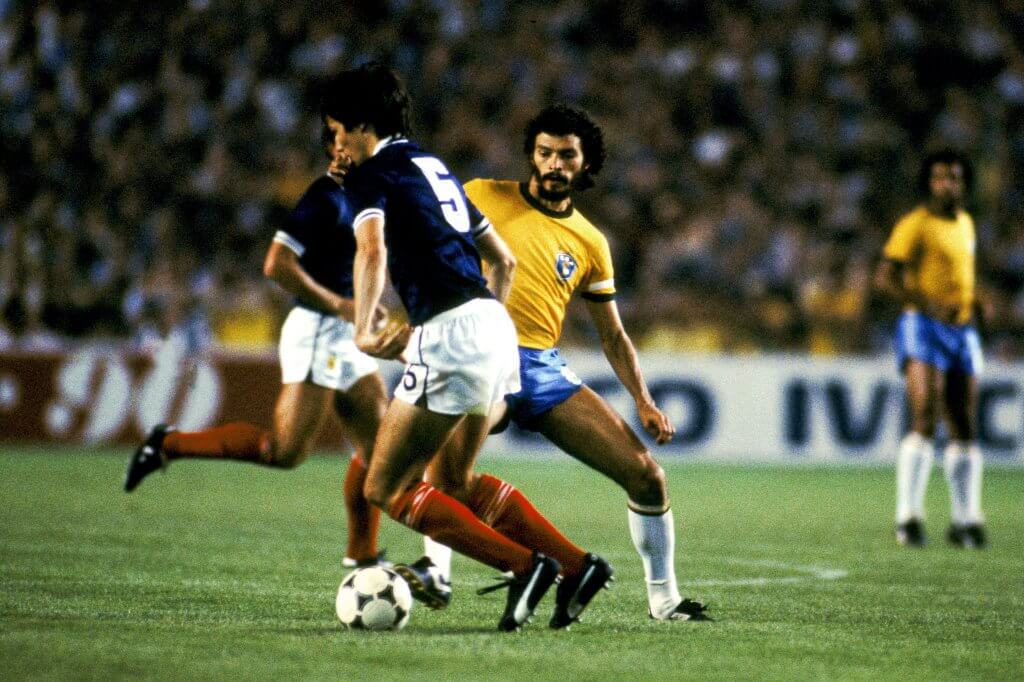 With a team consisting of Kenny Dalglish, Alan Hansen and Graeme Souness, Scotland headed to Spain full of confidence when it came to progressing through the first round, despite being drawn in a group with Brazil, New Zealand and the Soviet Union

They started well too, beating the Kiwis  5-2, but a 3-0 defeat against Brazil put the pressure on their final match as they they needed to beat the Soviet Union to qualify.

Joe Jordan put them in front, before the Soviets levelled courtesy of a late mix-up between Alan Hansen and Willie Miller which led to the Soviets scoring a second.

Souness did pull a goal back to make it 2-2, but yet again the Scots were eliminated on goal difference. 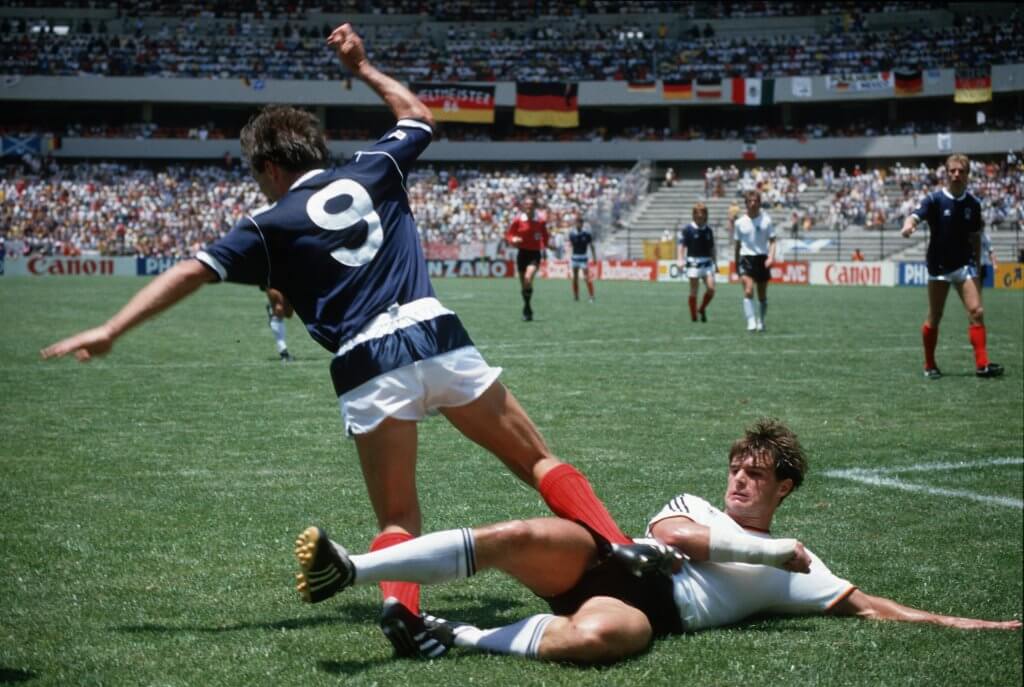 Legendary Scotland Manager Jock Stein had passed away having suffered a heart attack during Scotland’s qualification match against Wales with Alex Ferguson temporarily taking charge to finish the job and take a strong Scotland squad to Mexico.

But his team found themselves in a familiar place once again, being drawn in a tough group with serial winners West Germany and Uruguay alongside debutants Denmark.

In their first game against the Danes, Scotland lost 1-0 before a 2-1 defeat to West Germany, meaning victory against Uruguay could still send Scotland through, but all they could manage was a 0-0 draw in a bad-tempered encounter.

As a result, Scotland took the long journey home with only one point and one goal to show for all their efforts. 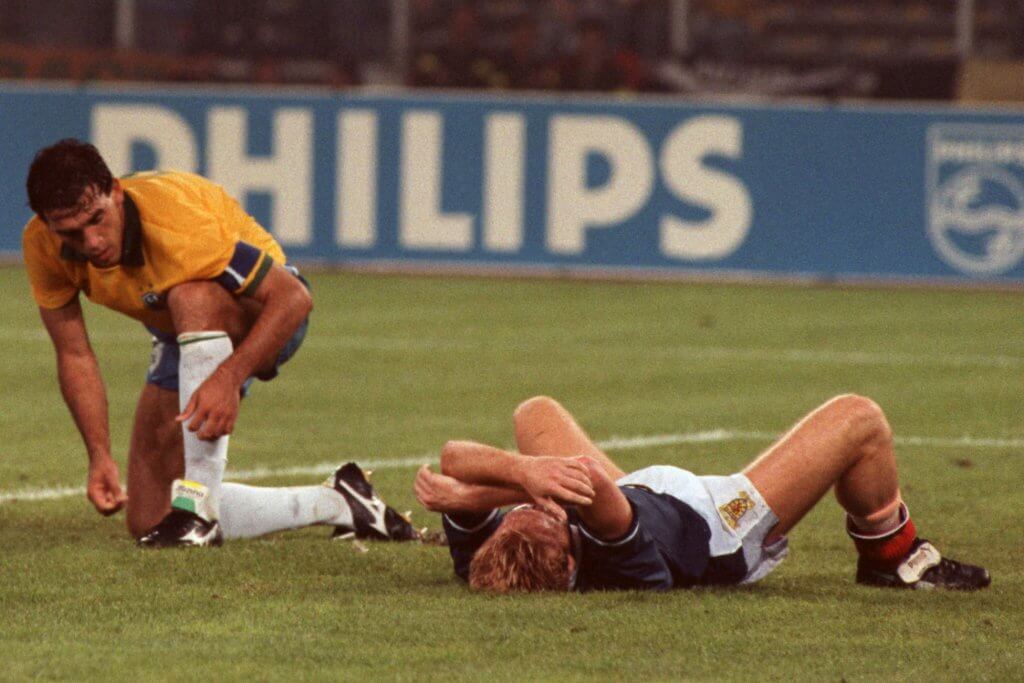 After qualifying for their fifth consecutive World Cup, there was hope that Scotland would finally make it out of the group stage, but those hopes were quickly dashed following an opening game loss to underdogs Costa Rica.

A 2-1 win against Sweden gave them a slim chance of qualification heading into the final match against Brazil, but they would need a miracle.

After putting up a decent fight for 80 minutes, goalkeeper Jim Leighton fumbled a long-range shot that allowed Brazil to take the lead and make Scotland’s job even harder.

And despite having numerous chances, yet again, it was a step too far for Scotland who went home without making it out of the group stages. 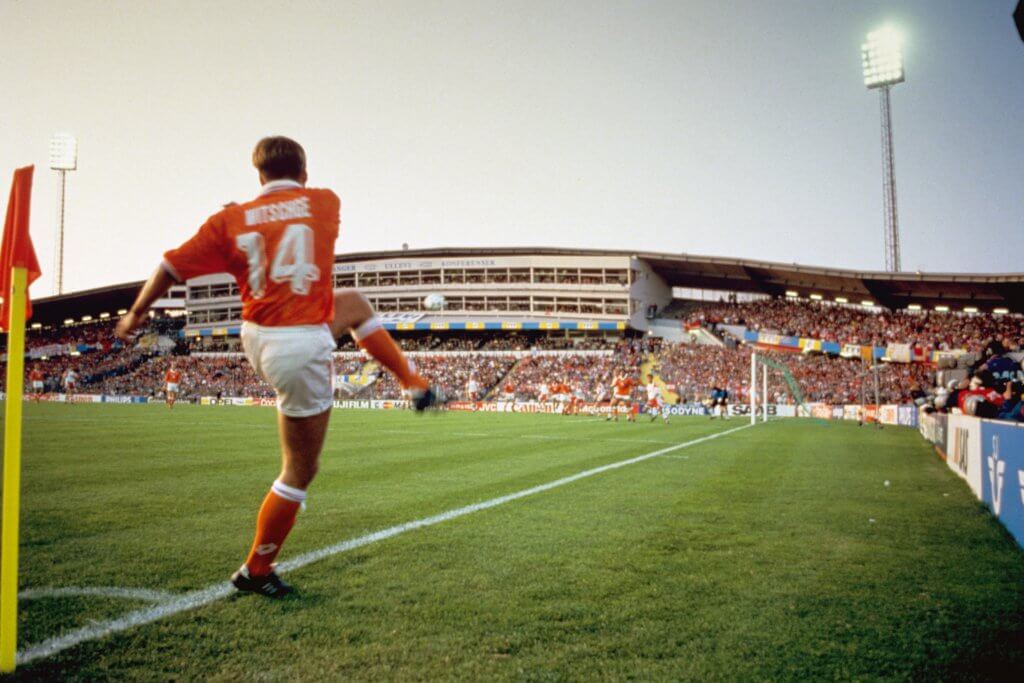 After reaching the World Cup two years earlier, Scotland Manager Andy Roxburgh guided his team through qualification to finish top of their group to take them to the finals in Sweden.

Their first match resulted in a narrow loss to a strong Netherlands team with Dennis Bergkamp scoring the only goal in Gothenbourg before Roxburgh’s men lost by two goals to the eventual finalists Germany who were playing as a united country for the first time since the fall of the Berlin Wall.

In their final group fixture, Scotland emerged  3-0 victors against the CIS with McStay, McClair and McAllister all on the scoresheet, though it wasn’t enough to take Scotland through to the knockout stages. 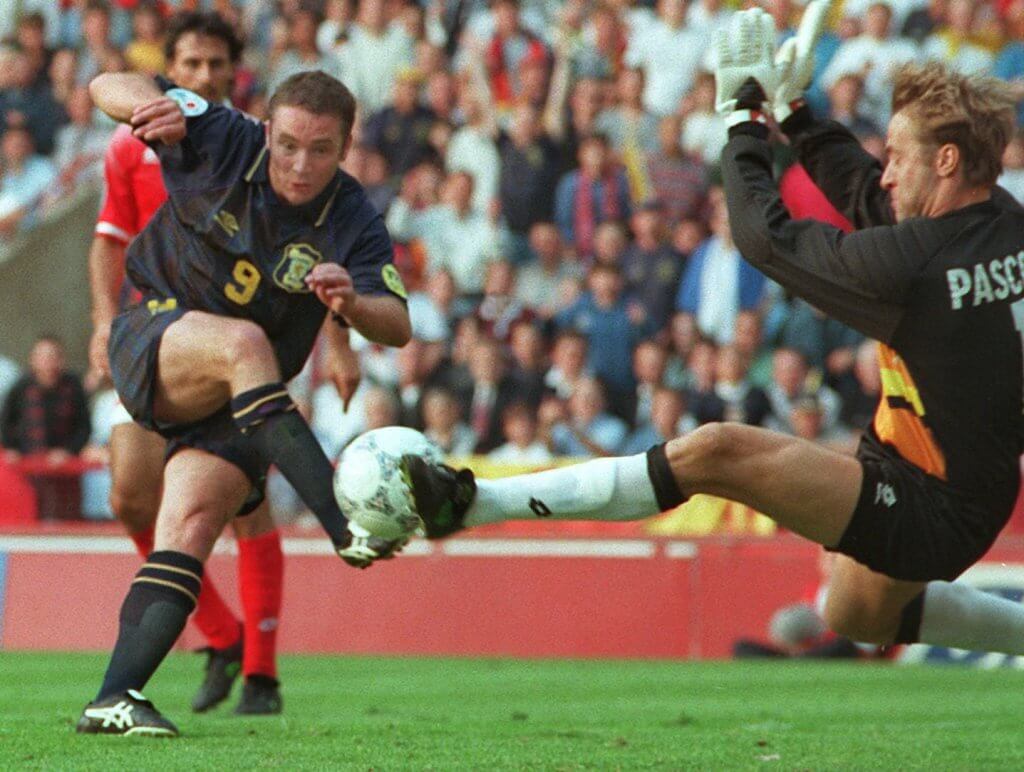 Craig Brown’s Scotland got off to an excellent start to Euro ’96 with a 0-0 draw against Holland before a 2-0 loss to hosts England at Wembley, which meant that only a victory against Switzerland in their final game would be enough, as long as England beat the Netherlands.

Scotland would win that game 1-0 courtesy of an Ally McCoist goal, while England were running riot against the Dutch, going 4-0 up in one of their greatest ever international performances – meaning, with 15 minutes to play, it was Scotland heading through to the knockout stage.

But Dennis Bergkamp’s clever ball through to Patrick Kluivert, who finished past David Seaman with 10 minutes left, meant that Scotland were out – this time on goals scored rather than goal difference. 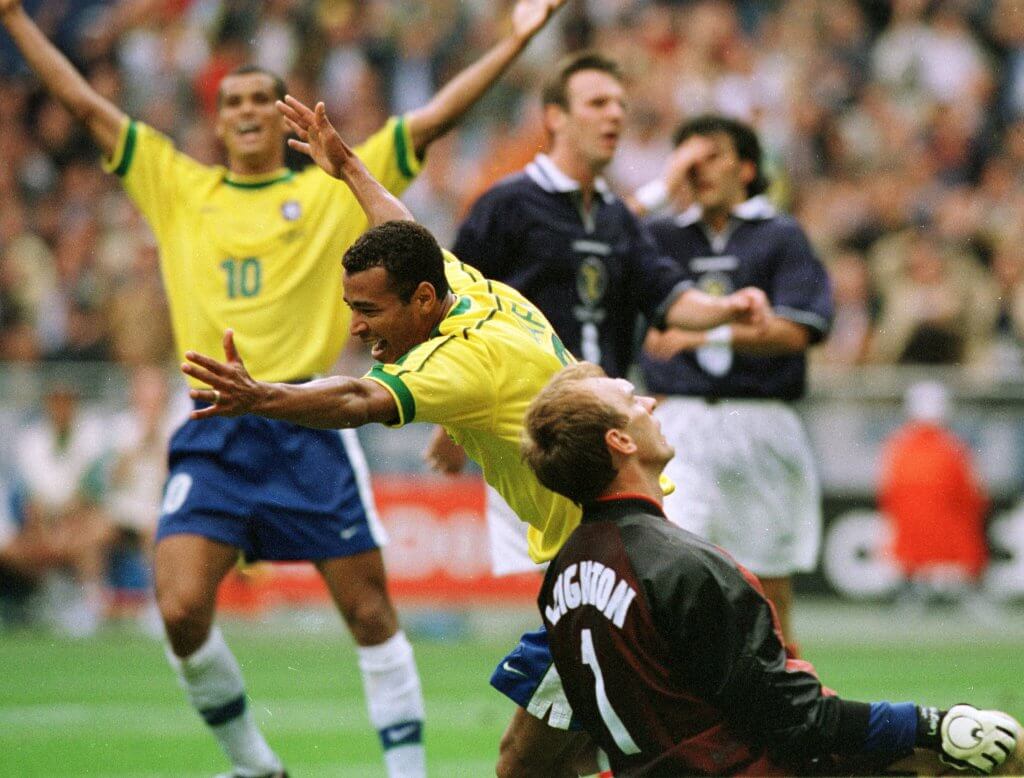 Scotland had the honour of playing the opening match of the tournament against the reigning champions Brazil, going behind to an early goal, before John Collins slotted away a penalty to bring them level at the break – but a freak own goal by Tom Boyd ensured victory for the World Champions.

The next game was a tense 1-1 draw with Norway as Craig Burley grabbed an equaliser – meaning that Scotland had to beat Morocco to go through and hope Norway didn’t beat Brazil.

But they conceded three goals and played most of the second half with 10 men, while Norway also beat Brazil in a famous victory to ensure that defeat was Scotland’s last action at a major tournament to date – until now that is…