Just four months after the 2020 Six Nations was settled, we're ready to go again with this year's competition as England look to become the first side since 2017 to defend the championship.

Just four months after the completion of the 2020 Six Nations, England begin their quest to become the first side since 2017 to defend the title when this year’s tournament gets underway on February 6.

England eventually got their hands on the trophy last October as the final round of games were postponed due to Covid-19 with France’s 35-27 victory over Ireland not enough for the eventual runners-up to overhaul their rivals from across the channel.

So will Eddie Jones’s side make it back-to-back championships, can Fabien Galthié’s young and exciting France side come of age, or will it be Wales who take the trophy under Wayne Pivac?

Don’t write off Ireland, either, who will be looking to take the title for the first time since their 2018 Grand Slam and Gregor Townsend’s Scotland look capable of giving any side a game in the right mood – meanwhile, it looks like the only way is up for the Italians.

Here’s a closer look at each nation ahead of the big kickoff on Saturday. 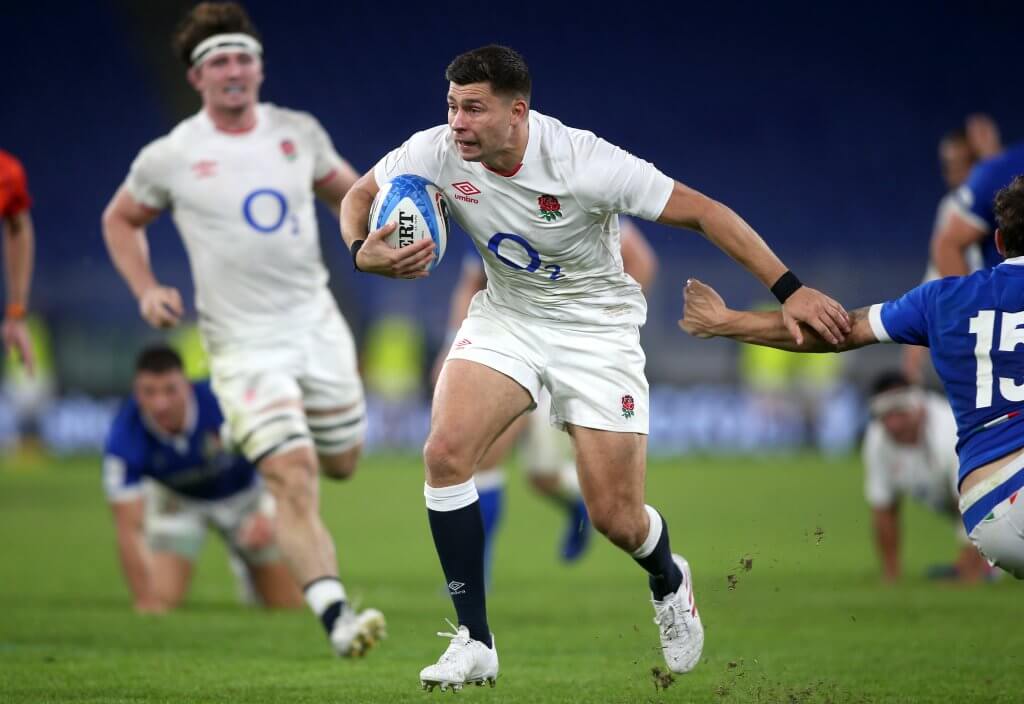 Only once in the last 10 campaigns have England slipped out of the top two, that was back in 2018, when Ireland were winning a Grand Slam and the reigning champions come into this year’s tournament as strong favourites to defend their title.

But it’s been a messy build-up for the reigning champions with skills coach Jason Ryles stuck in Australia, as well as Coach Eddie Jones having to self-isolate from the start of their camp.

If that wasn’t enough, the absence of Mako Vunipola, Kyle Sinckler and Joe Marler for the start of the championship, along with Joe Launchbury and Sam Underhill, will mean they will be below strength when they play Scotland in a tough-looking opener.

But Eddie Jones will be more concerned about his options by the time it comes to France in Twickenham in round four, by which time the damage could have already been done. 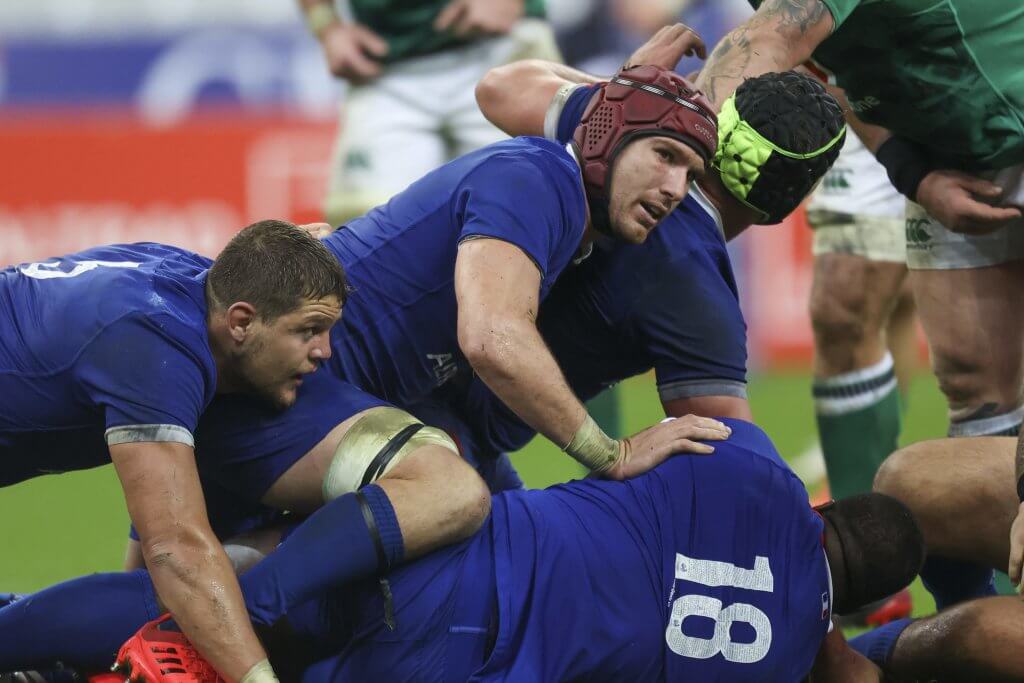 This year’s Championship is another staging post on the road to Rugby World Cup glory on home soil in 2023 and ending France’s longest ever wait for the title – they last won it in 2010 – would represent a major statement for a team who are steadily coming of age.

France’s credentials as a force to be reckoned with were clear on the opening round of last year’s Six Nations when they beat England 24-17 in Paris, but there would be no Grand Slam or Championship after a defeat to Scotland.

There’s a feeling Fabien Galthié is building something for the future with this side and the depth and age profile of his squad suggests something of a long-term plan is on the cards.

Yes, there might be some work to be done, but it’s hard to disagree that Les Bleus are heading in the right direction. 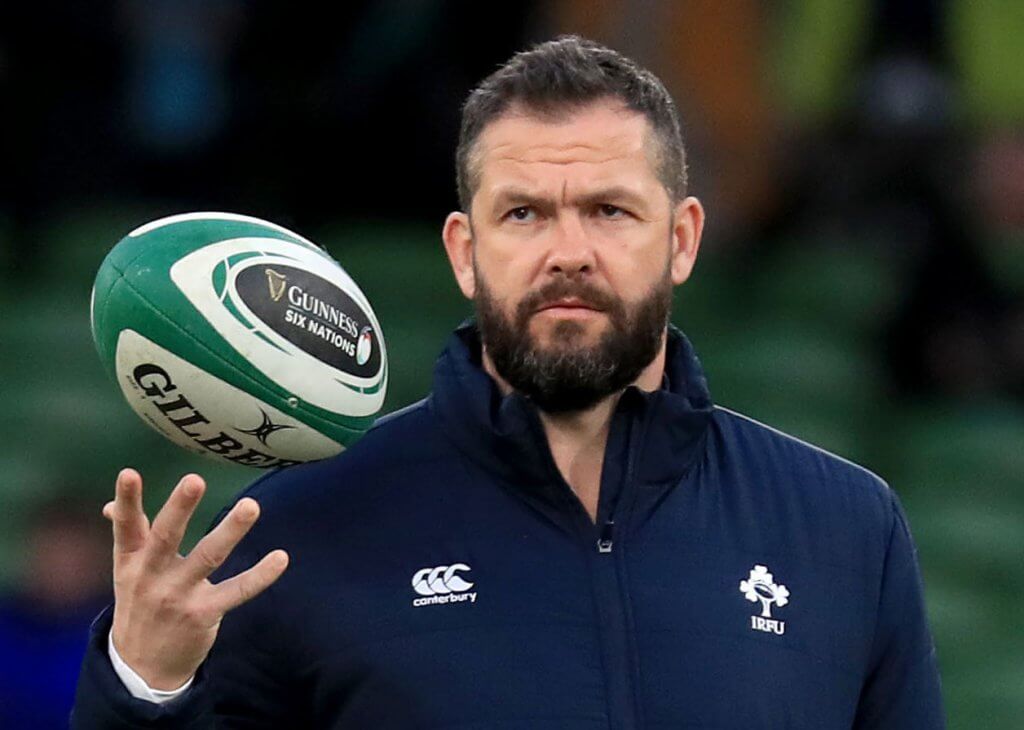 A bright start for Andy Farrell in his maiden Six Nations campaign as Ireland’s head coach ultimately fizzled out as defeats to England and France ensured his side had to settle for third place.

To be fair to Farrell, it was always likely to be a transitional year after the conclusion of the Joe Schmidt era, but Irish ambitions will likely be higher heading into the 2021 Six Nations with the former England defensive coach having had almost 12 months to put his ideas across.

Farrell also has a decent group of players to pick from, and between a hands-on coaching group of six, for a group of 32 players, there is scope to get lots done.

However, a tricky trip to the Principality Stadium awaits the Irish in Round One as their push for a first title in three years begins against Wales. 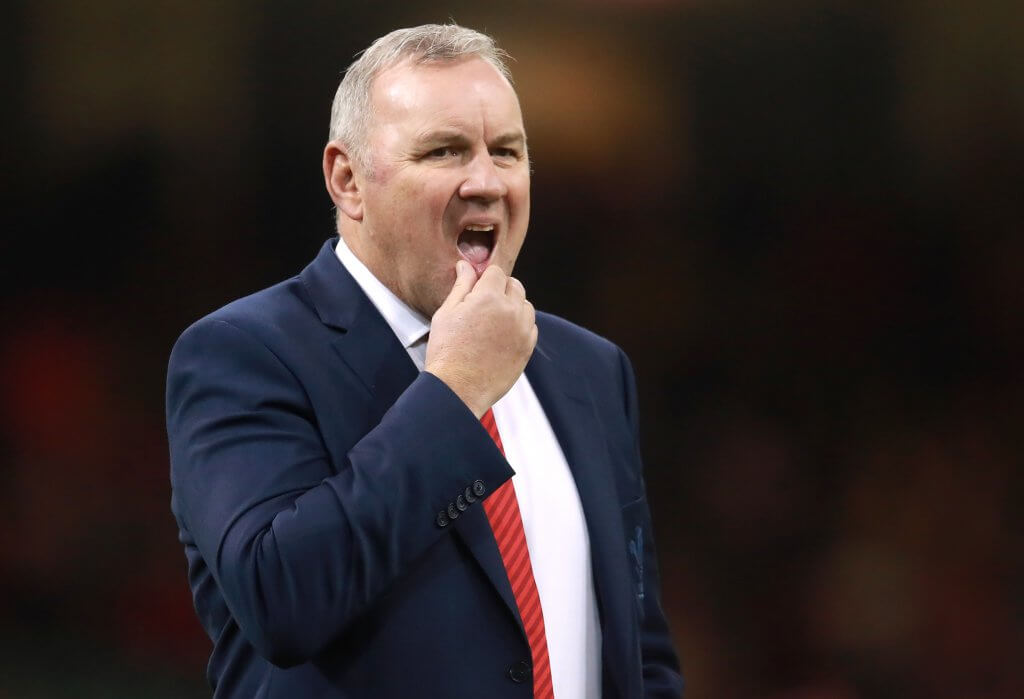 Wales head coach Wayne Pivac has said his side has what it takes to win the Six Nations, despite losing four games and finishing fifth in 2020.

The New Zealander has won three out of 10 competitive games since he took charge in late 2019 and has turned to more experienced players like flanker Dan Lydiate in an attempt to get out of the rut.

The opening 42-0 victory over Italy was as good as it got, with four subsequent defeats leaving Welsh fans little to get excited about after being spoiled for success under former coach Warren Gatland.

So a convincing performance in their home opener against Ireland looks critical to his chances of winning over a sceptical Welsh public. 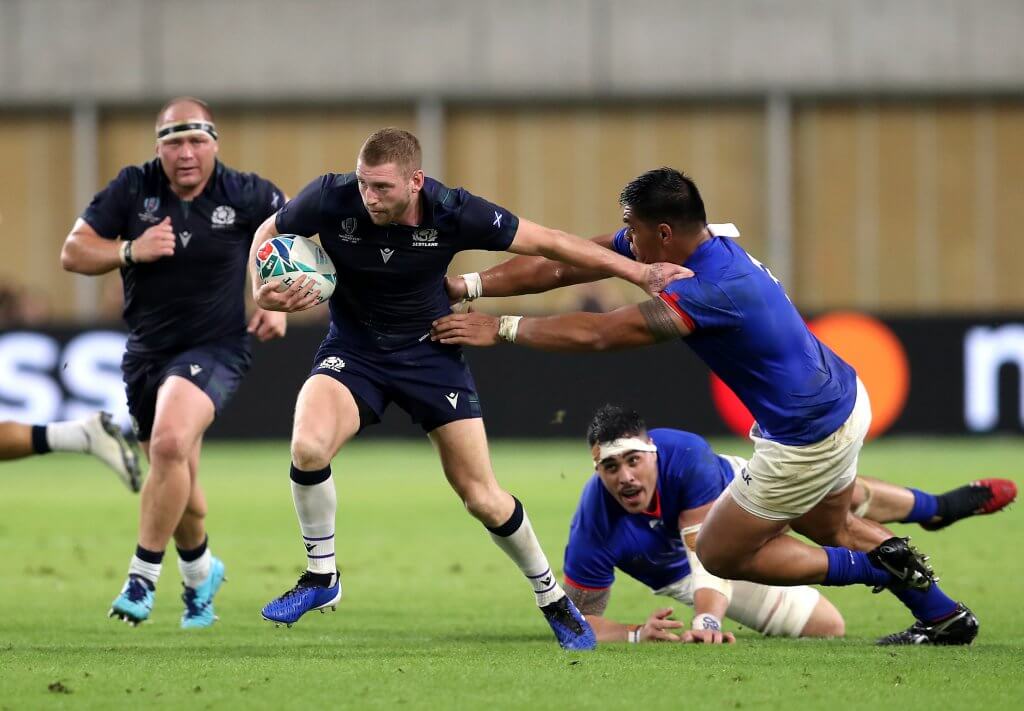 Wins over France and Wales – results that helped them on their way to 14 points and their best Six Nations haul since the bonus point system was introduced in 2017 – were something of a statement by Gregor Townsend’s side in last year’s tournament – something they will look to build on this time around.

That fourth-place finish didn’t really tell the full story for a Scotland side that now look capable of giving any side a game in the right mood.

Especially seeing as they now appear to have made peace with fly-half Finn Russell after a high-profile bust-up threatened to overshadow last year’s competition.

Townsend will be eagerly looking forward to his side’s opener, which is a Calcutta Cup encounter with England at Twickenham – the scene of their remarkable comeback to salvage a 38 all draw in the 2019 Six Nations. 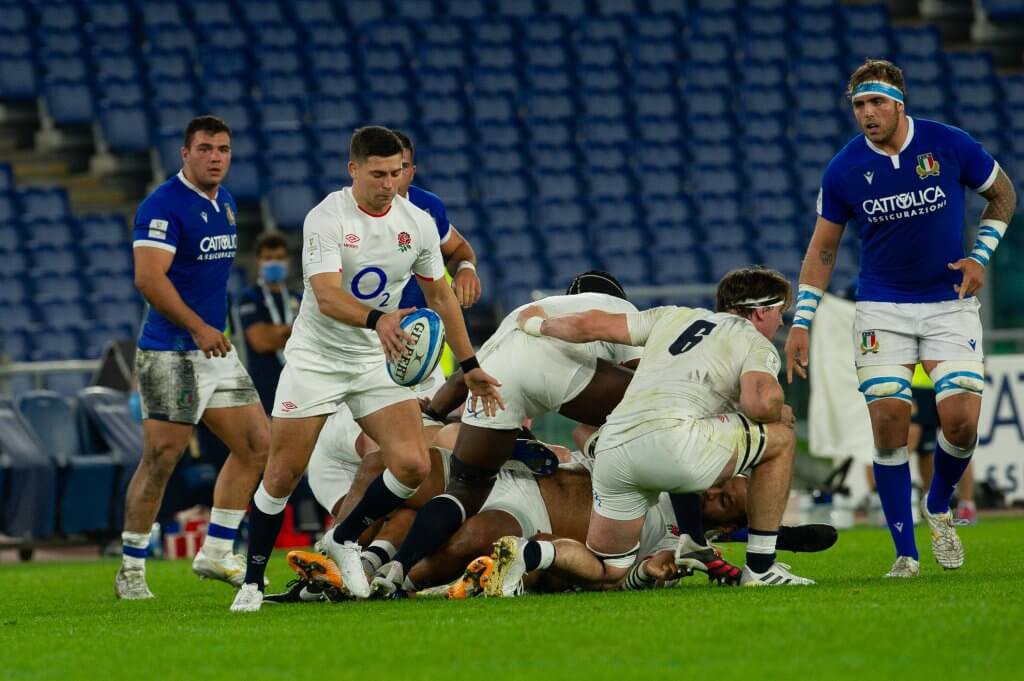 A 34-5 rout by England on the final matchday last season consigned the Italians to a fifth consecutive year of being whitewashed, and in two of their fixtures – against Wales and Scotland – they didn’t even manage to get a point on the board.

As a result, it’s hard to see the Italians not making at least some progress given last year was something of an all-time low in their recent history.

But there is ground for some hope with Franco Smith’s side enjoying home advantage in three of this year’s fixtures – giving his side a chance of an upset against one of their opponents this time around. 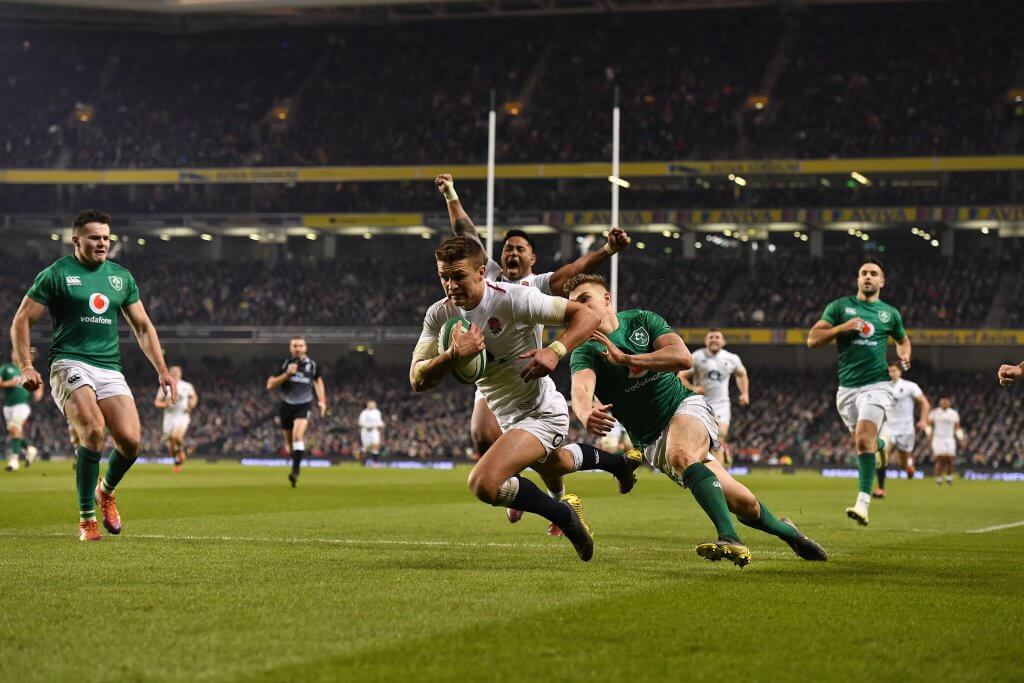 Following the tournament curtain-raiser between Italy and France in Rome, reigning champions England get their campaign underway on the opening Saturday against Scotland at Twickenham.

Eddie Jones’ men have three home fixtures this year – a big advantage, especially if fans are allowed in – with the Scots, Italy and much-fancied France all having to travel to HQ.

England v France – unquestionably the two best sides in the northern hemisphere at present – is in Round Four.

The tournament reaches its climax on Saturday, March 20 – Super Saturday – with all six teams in action. Kick-off times are staggered so Scotland v Italy is up first followed be two crunching clashes in the afternoon and evening – Ireland v England and France v Wales.