A Celtic State of Mind takes a look at the weekend's fixture against Rangers in the Scottish Premiership, and reveal their special bets on the clash!
A Celtic State Of Mind  |  7th May 2019

Will they do it this weekend in the Glasgow Derby? Some of ACSOM’s writers have their say:

Champions. C H A M P I O N S. Nine simple letters that don’t quite do what we achieved justice. They don’t represent the sweat, the effort and the sheer will to succeed in the face of chaos and uncertainty.

We started the season off with our manager and board having a public argument about a private matter. The squad wasn’t refreshed; we had an injury list that was so huge that it was mistaken for the makeup room for an episode of Casualty.

We were told that we had lost the league in November, then December and when we lost our manager. None of it mattered when it really should have.

In fact, we stand on the edge of the unbelievable. The players stand on the edge of further legendary status. The double treble is close to becoming a treble treble. Nothing else matters. That is our focus. Winning a small parochial battle is not. I would love to win it but we have something bigger to grab onto. You don’t eat fast food for lunch if you have a five-star restaurant booking for dinner.

And that is where we find ourselves. This is a game that means far more to those who have nothing; to us who are close to having it all.

We have players that need game time and players that need rest. Its credit to them we can look to do this and they have earned it. This is the fan talking in me though and my view might be different at kick off on Sunday.

The players are professional and will wish to play and win. It’s their DNA and mentality. They will want to pull on the boots and go out to face, the sharp tongues, the audible challenges and the barely concealed jealousy.

Our manager will want to win to show those who have written countless worthless words about his unsuitability for the job long term. There is a story to be written about his time as interim manager. It would be a best seller and a go-to bible on crisis management. Sunday could be another chapter.

I think this will see us win. Also our long toothed experience and wisdom. The biggest danger to us is ourselves and being dragged into a bitter gutter battle than forty odd thousand success-starved fans desperately crave. Long may that continue.

With that, I predict a 2-1 victory for Celtic with Tom Rogic scoring.

Celtic to Win 2-1 and Tom Rogic to Score Here!

With the league title wrapped up with an emphatic victory over Aberdeen last weekend, the pressure is really off Celtic approaching their trip to Ibrox on Sunday – but the Hoops will be eager to put on a show nonetheless.

Celtic are unbeaten in 2019, and this great run of form should carry them through this game.

Rangers’ season has not been as successful as Celtic’s, and Steven Gerrard will be keen to take a positive result from this game.

With nothing to show for their season in terms of silverware, it’s a certainty that they will be wanting to add to their five-game winning streak and take the bragging rights going into the summer break.

Following on from the turbulent season Celtic have had, and considering the substantial changes on the horizon for the club, there would be no sweeter way to prepare for the crucial Scottish Cup final than a victory for the Bhoys at Ibrox.

At this late period of the season, injuries seem to be becoming a problem for Neil Lennon’s team. With Kieran Tierney unlikely to feature, we could see Jonny Hayes featuring at left back; a much better fit for the side than Callum McGregor, who filled in for Tierney last time Celtic went to Ibrox.

Hayes has been an impressive deputy to Tierney in the past, as well as performing well in a more attacking role as a winger in place of Scott Sinclair.

Tom Rogic or Olivier Ntcham is likely to fill in for Ryan Christie – who is still out with the facial injury sustained in the Scottish Cup semi-final.

Rogic and Ntcham are two incredibly talented players, however, both are unfortunately not in the greatest vein of form at the moment, possibly suggesting that Celtic’s attack could be lacking come Sunday.

The inclusion of Timo Weah in the starting XI at Pittodrie was encouraging in an attacking sense.

Weah’s performance wasn’t much to write home about, but at times he showed some of the quality that he is capable of, so the Celtic faithful will be hoping he can produce some quality come Sunday if he is to stay in the lineup.

Hopefully, Sunday’s game will prove to be a continuation of the title party the travelling fans experienced last Sunday at Aberdeen – and will set Celtic up nicely for the final two games of the season against Hearts.

Prediction: 3-1 Celtic, with McGregor to score once and Edouard to get the other two.

Celtic to Win 3-1, McGregor to Score and Edouard to Score Two Here! 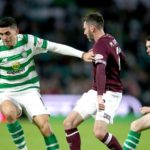 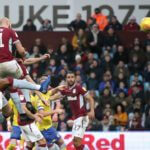