It seemed for so long that there would be a genuine title race in the Scottish Premiership this season, but Celtic have now stormed away and established a significant eight-point lead at the top.

Brendan Rodgers’ side are in action again this weekend in what is another important set of fixtures in the top flight.

Rangers, too, will be hoping to keep the pressure on Celtic. Here are some of the standout fixtures from matchday 27.

This is a clash between two sides in imperious form. Celtic, following their defeat in December’s Old Firm derby, have won their last six league games, stretching their lead at the top and moving ever closer to an eighth successive title.

Motherwell, though, might be quietly confident ahead of their trip to Celtic Park. Steve Robinson’s side have themselves won their last six in the Scottish Premiership, and still have aspirations of a top-half finish.

Celtic will, of course, be strong favourites. Rodgers has seen his side score 14 goals and concede none in the league since the turn of the year. And there will be no let-up, with more silverware in their sights.

Motherwell will hope that the Bhoys are left fatigued from their trip to Valencia in the Europa League on Thursday night. If that is the case, the possibility of an upset should not be entirely ruled out.

Both Hamilton and Rangers are in need of a win on Sunday, but for very different reasons. Steven Gerrard’s visitors know that they can afford no more slip-ups if they are to have any chance of catching Celtic. They will be wary, too, of Aberdeen, who sit only five points back in third.

Hamilton, meanwhile, are desperate for points as they look to escape the bottom two. They are level on 18 points with Dundee but currently occupy the relegation playoff spot because of a worse goal difference.

In truth, Rangers, despite a few recent blips, should have more than enough to see off their lowly opposition. Hamilton have struggled to pick up points at home this season – winning only three of 13 – and have leaked goals at an alarming rate: only bottom side St Mirren have conceded more than Hamilton’s 53 goals.

Against a free-scoring Rangers side, they are likely to struggle.

Kilmarnock, under former West Brom manager Steve Clarke, have had an excellent season. At one point it seemed possible that they might put together a sustained title challenge.

But their form has dipped of late: since beating Rangers last month they have gone four league games without a win, drawing two and losing two.

Kilmarnock remain in a strong position and a place in the Europa League next season is still a possibility. Clarke’s side sit in fourth, three points ahead of Hearts and a point behind third-placed Aberdeen.

Their poor form will need to be rectified soon, though, if they are to end the season strongly. They travel to Livingston on Saturday, another side enduring a difficult spell.

The Lions have not won since a 5-0 thrashing of Hearts back in December and, though they are 13 points clear of tenth-placed Dundee, may soon begin to look over their shoulder.

This, then, seems to be the perfect game for Clarke and his players to return to winning ways.

When St Johnstone beat Livingston 1-0 late last month, they sat just seven points off top. They were in fine form, had kept 11 clean sheets in 14 games and looked capable of challenging for a place in the top four.

Since then, though, Tommy Wright’s side have picked up just one point from five games. The gap to Celtic is now 22 points. Kilmarnock, in fourth, are eight points clear. And, if they lose to Aberdeen on Saturday, St Johnstone could drop as low as eighth.

It has been a difficult month for the Saints, but they will be hopeful of a return to form against an Aberdeen side still chasing second place.

The visitors, too, are in need of a win. Their form has been inconsistent of late and that will need to change if they are to catch Rangers. 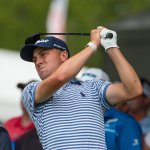 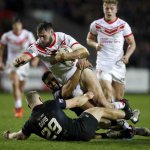