Sanderson Farms Championship: Who Will Be The New Champion At The Country Club Of Jackson?

As we look to the second competition of the PGA tour, David Kristiansen gives us his thoughts on who will come out on top in the Sanderson Farms Championship.

After victory for Joaquin Niemann in the first tournament of the season, the PGA Tour continues in Mississippi at the Sanderson Farms Championship.

In what was a majestic Sunday performance in the Greenbrier Classic, Niemann looked every inch the golfer we thought he would become when he was ranked as the number one amateur in the world for one year, before turning professional just 17 months ago.

The Chilean becomes just the third player from outside the U.S.A to win on the PGA Tour before turning 21-years-old, joining the exclusive company of Seve Ballesteros and Rory McIlroy.

Viktor Hovland’s Sunday 64 marks his 17th straight round in the 60s, tying with Bob Estes’ accomplishment from 1983 of most consecutive rounds in the 60s. Hovland is now ranked just one place outside of the top 100 in the world, and getting to the top 50 before the turn of the year and subsequently earning his spot in next years Masters should be a realistic target for the young phenom.

Our picks were a mixed bag with both Dechambeu and Ventura missing the cut, but with Brian Harman finishing in a tie for third he secured us a profitable start to the new season.

Course: The Country Club of Jackson 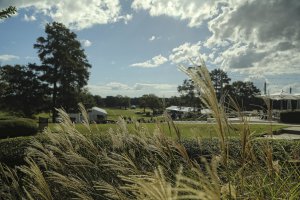 The Mississippi course hosts the Sanderson Farms Championship and due to the course being the opposite to the BMW Championship on the European Tour, we will see an even weaker field than we had last week.

The course is somewhat protected by the fairways being treelined and multiple water hazards, but with an average winning score of around -20 the golfers needs to go low to get in contention.

With six par 4s in the 400-450 range and three of par 5s measuring over 580 yards we should see a lot of wedges and short irons in these bermuda greens.

A good wedge player that doesn’t miss too many fairways and putts good on Bermuda is basically the template of what we are searching for this week.

Here are some of the thing I will be looking for/at: 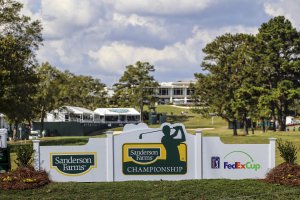 The former Players Champion is renowned for his unstable play, with a bunch of missed cuts sprinkled in with some top performances. Last season was his worst in some time but even then he managed five top five finishes in twenty-two starts.

When he does show up on the leader board, it’s usually a combination of his irons and his putter getting hot, a mixture of that should work well in this competition.

All in all, this is a bet on the upside and the class of a man that won the biggest non-major just 18 months ago against a weak field.

The young American had a decent start to the season last week, gaining over three strokes both off the tee and on approach which lead to a top 25 finish in the season opener.

I think that he’s worth a bet and could improve on his runner up finish at the Rocket Mortgage Classic a couple of months ago.

The Alabama native went to school just a couple of hours from this week’s course, so he should be well suited for the high temperatures that the players will face this week.

He impressed last week in his first PGA Tour start in over two years gaining strokes off the tee, on approach and putting on his way to a top 10 finish.

From the limited stats we have from the Korn Ferry Tour last season, he seems to set up nice for this week’s course. He ranked second in putting average, fourth in birdie average and 21st in greens in regulation.