Safety in Numbers: Strength in depth could be key to Celtic’s season

Kevin Graham from A Celtic State of Mind looks back at a busy summer for Neil Lennon and assesses what these changes might mean in the months to come.

The enormity of Celtic’s summer is in the numbers having released or sold 19 full-time players and ended four loan deals.

We have also sent 10 players out on loan, brought in 11 full-time professionals and three arrived on loan. So with 23 permanent departures and 14 arrivals, Neil Lennon has now unarguably put his stamp on the Celtic squad.

It will be interesting to see if any of these youngsters can join recent under-20s graduates Armstrong Oko-Flex and Karamoko Dembélé in Lennon’s matchday squad over the next six to 12 months.

The Celtic support was unanimous in their disappointment when Kieran Tierney left for London in a club record £25 million sale.

Two left-backs have been drafted in to replace Tierney: the Congolese-born Belgian Boli Bolingoli-Mbombo, who cost £3 miilion from Rapid Vienna; and Scottish international Greg Taylor, who was brought in from Kilmarnock for a reported fee of over £2 million. Bolingoli is settling in and Taylor has bags of potential. It will be an interesting battle to see who Lennon’s first choice will be.

Another pleasant selection headache for Neil Lennon will be between the sticks. With two Scottish international goalies already on the books in Craig Gordon and Scott Bain, Lennon has brought back England cap, Fraser Forster, from Southampton. 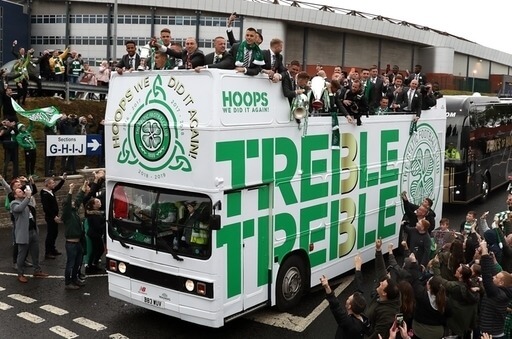 Forster, whose development under goalkeeper coach, Stevie Woods, first time round at Celtic Park resulted in a £10 million move to the EPL, has been installed as our number one having started the last two league games. If he regains pre-injury form, then the loan deal for Forster will be a great move for the club.

If left-back Kieran Tierney was a bonfide fans’ favourite, then Celtic had a cult hero at right-back in Mikael Lustig. The Swede’s departure left Lennon in need of cover at right and in central defence, as Lustig was an international in both areas of the field. Israeli cap, Hatem Abd Elhamed and Austrian international, Moritz Bauer, have both arrived to battle it out to replace Lustig.

Elhamed has been impressive and looks like the bargain of the summer at just £1.6 million, so Bauer has a task on his hands. However, Elhamed’s versatility – he can also play centre-back or in midfield – could work in Bauer’s favour as the season progresses.

One of the most exciting signings during this window has been Mohamed Elyounoussi from Southampton on loan. Born in Morocco and capped by Norway, the winger first came to our attention a few seasons back when he played for FC Molde and scored two goals against us in the Europa League.

He moved to FC Basel before securing a £16 million move to England, where his career has apparently stalled. Celtic have effectively used the loan system previously to recruit players outside of our price range (Benkovic, Musonda, Weah & Burke) and Elyounoussi has the pace and finishing prowess to make a telling contribution for the Hoops on four fronts this season.

When you look at the players we have lost in our defence, the character, the leadership and experience it’s the one area we had to get our recruitment right.

Christopher Jullien could be our most important signing of this window. It’s easy to pick the most expensive signing of the window as the one with the most potential and excitement.

But, when you look at the players we have lost in our defence – the character, the leadership and experience – it’s the one area where we had to get our recruitment right.

Some would say he has had a shaky start. The important games come fast for Celtic and settling-in time is not afforded, which means judgements are rushed. In the last two games, he has shown all the qualities that highlighted him to English scouts.

Commanding, dominant and possessing leadership qualities. You get the impression that he would header a pavement slab if needed. He comes across as the type of player who, instead of telling his teammates what he expects, he shows them.

He seems to have ‘got us’ extremely quickly and looks well-liked by the established players. The jersey doesn’t seem too big for him now. It looks extremely promising on him.

It’s been all change at Celtic over the last few months, but we hope the unrivalled domestic domination remains the same. With a squad that could effectively provide Neil Lennon with two more-than-capable starting elevens, fans will be hoping the depth of the playing pool will also allow them to progress from a Europa League group that includes Lazio, Rennes and Cluj.

The only disappointment about this window is that, had we done our business sooner, then Celtic could have been looking forward to the glamour of Champions League fixtures instead.

About A Celtic State of Mind

Originating as a podcast in 2017, A Celtic State of Mind aims to present insightful discussion around the culture of Celtic Football Club, the city of Glasgow, and fans of the reigning double-treble-winning Scottish champions.