England go into Saturday's final with South Africa as firm favourites, but if they are to win the Webb Ellis trophy then these are the men they must shut down.

The World Cup final clash between England and South Africa sees two very different teams with equally different styles of play going head-to-head in Yokohama on Saturday in what is sure to be an enthralling encounter.

Eddie Jones’ men demolished New Zealand in last week’s semi-final in a truly awe inspiring display which has led many to claim it was the greatest performance in the history of English rugby – blending of strength and skill in equal measure.

South Africa, on the other hand, have made it this far by adopting a pragmatic approach which has seen them hassle and hurry their opponents in the hope of forcing a mistake while also relying on the kicking ability of Handre Pollard, who has been in fine form reliable from the tee.

And even though England come into Saturday’s show piece priced at 1.44* to lift the Webb Ellis Trophy for the first time since 2003 they will have to be wary of a number of key Spingbok players.

So here are just three of those which, if England can keep quiet, will give them a great opportunity of becoming World Cup winners once more. 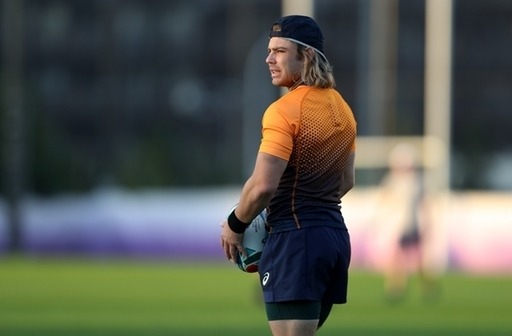 Playing his club rugby for Sale Sharks this little powerhouse will be well known to Coach Eddie Jones and most of his players and since 2016 has also been tearing it up for his country too, makingthe scrum-half one of the biggest threats in South Africa’s armory.

At just five feet seven inches tall, de Klerk may not be the most imposing player in the Spingbok’s ranks, but what he lacks in size, he certainly makes up for in presence with his distinctive long blonde hair and his stocky build.

Loved by his teammates and often loathed by his opponents, de Klerk has the ability to turn a game in the blink of an eye with a box kick to rival anyone along with a natural confidence which makes him a key part of Rassie Erasmus’ team. 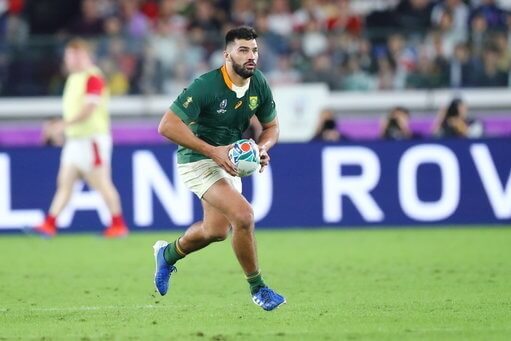 The 27 year-old Allende has to be considered one of the most dangerous prospects for England in this Saturday’s final due to his tackling ability, not to mention a burst of speed that can hurt even the meanest of defences – including England’s.

For the past five years he has been pivotal part of this South African outfit and shows no sign of letting-up anytime soon, as was demonstrated when he scored the key try in South Africa’s narrow win over Wales in last Sunday’s semi-final.

Making his name in Super Rugby with the Stormers, he won his first cap in 2014 and now the centre plies his trade in Japan, which has no doubt aided him when it comes to the preparation for this year’s tournament and could be a huge advantage in this epic clash. 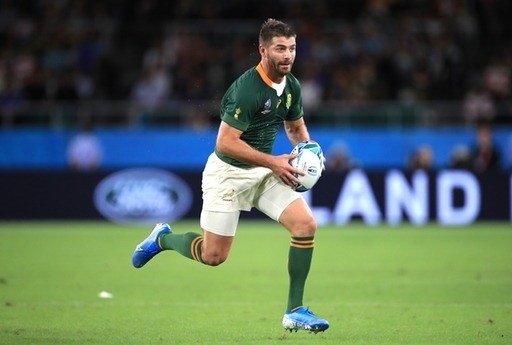 Something of an all-rounder Le Roux is one of the main men which England must shut down if they are to take the biggest prize in Rugby World in Yokohama, but that could well be easier said than done.

A try-scorer and points-creator, the fullback has played for his country on no less than 59 occasions as a fullback and on the wing while also turning out at number 10 on a number of occasions, making him one of the most potent threats that coach Erasmus has up his sleeve.

Having played for Wasps for the past three years, Le Roux will be no stranger to many of the England set-up but that won’t make it any easier for them to stop a man who can mesmerise defences with his varied skill set while his cross-field passes can switch the play and turn a game on its head in an instant.