After his Wembley send-off, what is Rooney’s legacy?

The last of the Golden Generation bids goodbye for good.

In the end, no matter whether people were for or against the idea, it was a nice send-off for Wayne Rooney.

His 33 minutes on the pitch were part of a 3-0 victory against the United States and he was still good enough (or the USA were bad enough) that the 33-year-old didn’t look off the pace.

Now, though, after his 120th cap, he has retired from international football for good. Our friends at Football Whispers take a look at his legacy.

From start to end, it was a nice event.

Rooney’s kids wore shirts with ‘Daddy’ on the back; apart from his eldest, Kai, who had ‘Dad’. Someone in charge of the presentation around the match had clearly thought of them. And then, during the game, Callum Wilson scored on his England debut, with Rooney the first to greet him in celebration.

‘Nice’ was fitting. ‘Nice’ seems like how we’ll remember Rooney. England’s record goalscorer might have been hot-tempered as a youngster but he earned enough goodwill during his career to be fondly thought of, without quite doing enough to become a legend.

He’s England’s record goalscorer after all. Anyone else to achieve that would be considered one of the nation’s all-time best, but Rooney still exists under the question mark of what might have been.

Read more: Paul Robinson on why Rooney’s 120th cap was the right thing to do

The Rooney that could have been

Earlier in his career, at Manchester United in the mid-noughties, he was considered alongside Cristiano Ronaldo as one of the best attacking prospects in the Premier League, if not the world. 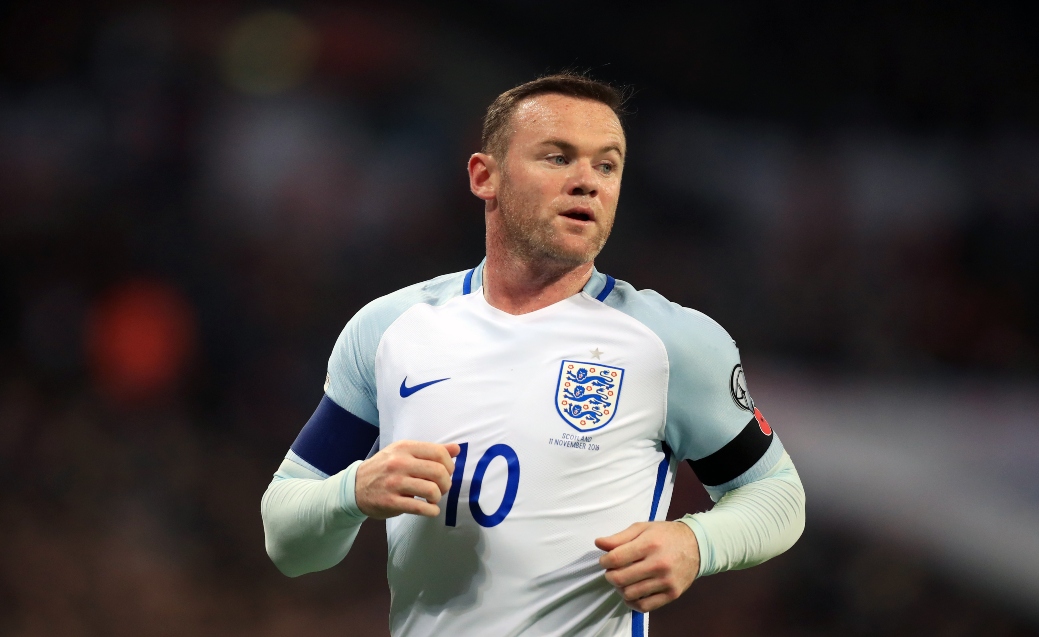 He could have vied for Ballon d’Ors alongside Ronaldo and Lionel Messi. He could have been the driving force for United and England, he could have taken the national team to heights they hadn’t reached since the 1990s. He could have salvaged the Golden Generation’s reputation (he admits they underachieved), spurring them on to success in 2006 or 2010. But he didn’t.

A eulogy for a career

Journalists and fans noted that Rooney was receiving applause at Wembley when, two years ago, his appearance on the pitch would have been greeted by a weary sigh. ‘How odd,’ they said.

But what they missed was that this wasn’t just any normal appearance, it was a eulogy. Major League Soccer may have improved in the last decade, and Rooney’s performance there certainly hasn’t been to treat it as a retirement league, but, in effect, Rooney’s top-level career died when he moved to DC United in January.

It was a death that felt right. We didn’t want to watch him suffer anymore, trying to hang on to past life and former glories. And now we can remember Rooney at his best; we don’t see him for his present flaws, we see him for his past glories.

It’s been fitting that the most Wayne Rooney moment imaginable has come during his time in America, early on into his DC United career.

Deep in injury time, his new club searching for a winner, they were hit by an Orlando City counter-attack. Rooney, forcing his ageing legs to sprint, chased thirty, forty, fifty yards back towards goal. He stopped it in its tracks with a slide tackle. Then, after carrying the ball up the pitch, he delivered a great floated cross into the box for teammate Luciano Acosta to head in. Acosta got his hat-trick, DC United won the match.

The scorer was mobbed by his teammates (it helped that they were all far closer to him than the man who’d put in the hard yards for the strike). Rooney, the red shade of his face showing just how puffed he was, breathed heavily on his own.

There was always something hard-working but individualistic about Rooney, through his career. Not individualistic in the way that a lot of preening, show-off youngsters are; but in the introverted kind of way that seems to be the way the player is off the field. A dissonance between giving his all for his team while being too shy to fully join them. Always the kid who spent hours kicking a ball against the walls of a five-a-side cage on his own, practising his skills.

The personification of the Golden Generation

He never quite had what was needed to retreat down the field and be the midfielder that he seemed to want to be in his elder years (Andrea Pirlo has a lot to answer for for making this late-career change seem so easy).

Rooney typified the Golden Generation. He wasn’t the only one, but unlike, say, the Gerrard vs Lampard debate, the ‘what to do with Wayne Rooney’ question followed him to his club career as well.

Steven Gerrard, Frank Lampard, David Beckham, Gary Neville, Rio Ferdinand — and probably more — all had special skill-sets but, in the wrong environment, all of them could have looked like a waste.

Imagine if Gerrard or Lampard’s driving runs through midfield had been reigned in; if Beckham had been considered a failure because he wasn’t a speedy winger; if Ferdinand hadn’t been barred from playing the ball out from the back.

We saw the full potential of all of these players on club duty, and that’s what made their collective performances for England so frustrating.

But with Rooney, we rarely saw his full potential on the club stage either. Imagine if we had. Imagine if circumstances had forced Sir Alex Ferguson to mould his team around the lad from Croxteth. Imagine.