Robbo’s Picks: Leeds United vs. Brentford – Can Leeds regain their place at the top of the Championship?

As Leeds face Brentford tonight, former Leeds United goalkeeper and FansBet ambassador Paul Robinson gives us his opinions and predictions ahead of the fixture.

Leeds were knocked off the top of the Championship last week by surprise early pace setters Sheffield Wednesday, meaning that they will be looking to regain top spot at home tonight against Brentford.

Leeds and Brentford have met regularly in in the Championship in recent times and it’s a fixture which historically doesn’t serve up to many goals. In only one of the last 12 meetings between the two sides has there been more than 2.5 goals in the game.

It is also a fixture that the home team dominate with only one win in 12 matches for the visiting team Brentford at Elland Road in 2015.

Bielsa’s Leeds claimed 14 home wins last season and have picked up pretty much where they left off last season, so I see this as a big ask for Brentford tonight. 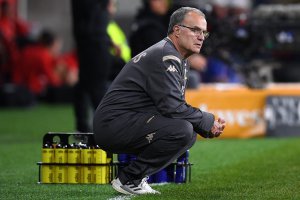 Brentfords 2-0 home win at the end of last season was a major factor in denying Leeds an automatic promotion place. Saying that the Bees struggled away from home last season winning only three games on the road. They already have three points away from home this season collecting an impressive win at Middlesborough.

Neither of these two sides are prolific in front of goal, although the number of chances Leeds create their tally should be much higher.

Bamford got another couple at Wigan last time out and he will be wanting to continue that run so I am going to predict a 2-0 Leeds win and Patrick Bamford to score.