The Reds' European Cup Winners’ Cup victory on May 15th, 1991, would lead to a period of dominance never seen before at Old Trafford as they went on to win at least one trophy every season for the next 11 years.

It was Manchester United’s first European final since that historic night at Wembley in May of 1968 and for many Reds suporters it was just as memorable.

The Red Devils had endured five years without European football but returned with a bang as they won the European Cup Winners’ Cup by beating Barcelona in the rain of Rotterdam in front of 25,000 travelling fans.

A combination of poor performances and a ban on English clubs playing on the continent following the 1985 Heysel Stadium disaster meant that United fans were starved of European football for much of the 1980s, but the ‘90s dawned with one of the most memorable nights in the Reds’ recent history. 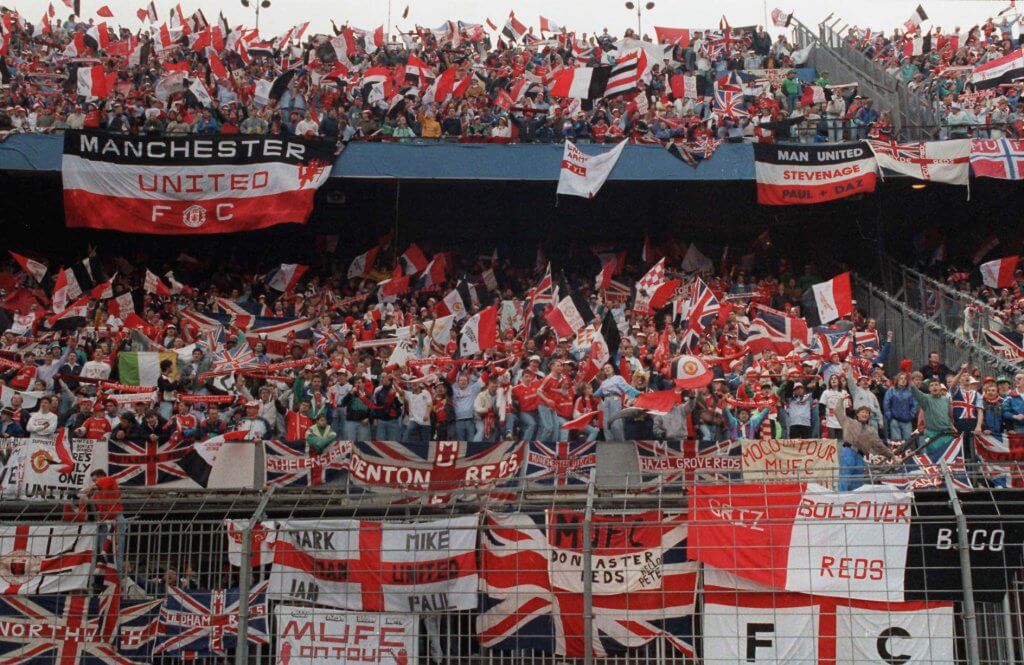 Victories over Pecsi Muncas, Wrexham, Montpellier and Legia Warsaw, not to mention 15 goals in eight games, would see Alex Ferguson’s men book a place in the club’s first-ever European final on foreign soil where they would face formidable opposition in Johan Cruyff’s Barcelona.

Complete with Ronald Koeman, Michael Laudrup, José Mari Bakero and Julio Salinas, Barca had just won La Liga; the first of four consecutive titles under Cruyff whose team oozed class and style; but for all their opponent’s panache United offered plenty themselves thanks to the likes of Bryan Robson, Mark Hughes and Brian McClair who, on their day, were a match for anyone.

With almost three sides of the Rotterdam stadium decked out in red, white and black, while bucket hats and baggy jeans were the order of the day for many of the Red Army, as the two sides emerged into the pouring rain it was clear to see that United’s fans vastly outnumbered their Catalan opponents. 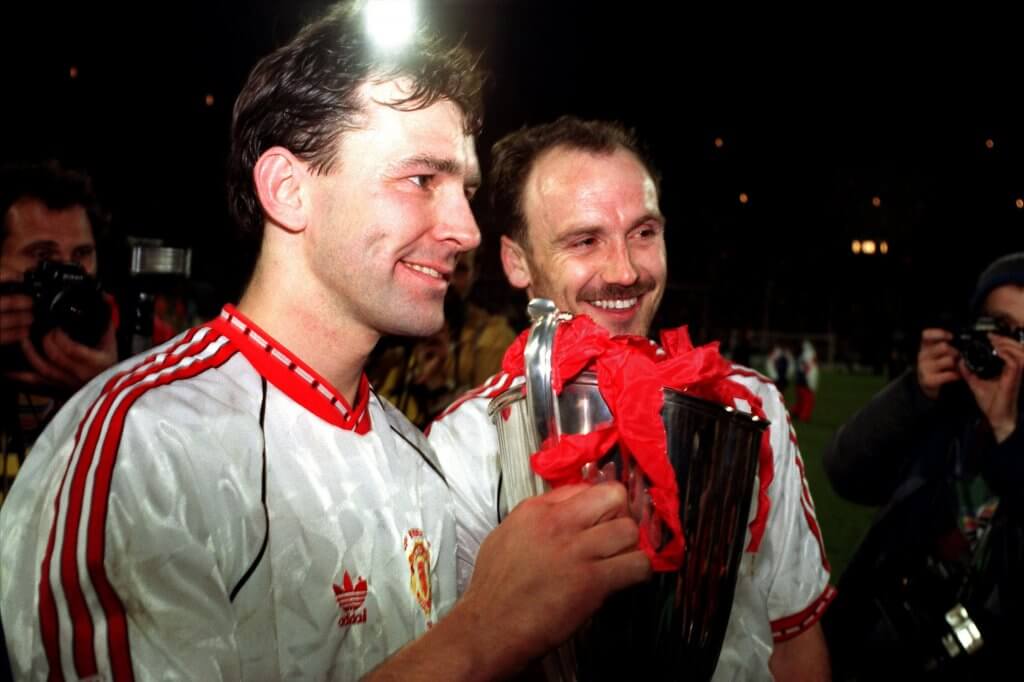 Barcelona had the better of the first half and United were relieved to get back into the dressing room on level terms where they could reorganise with Alex Ferguson knowing he had something of a trump card up his sleeve in former Barca flop Mark Hughes who had something of a point to prove.

Following a disastrous spell at the Nou Camp in the mid-1980s Hughes had returned to Old Trafford just a couple of years later and wasted little time in showing his former employers just what he was capable of by opening the scoring on the 67th minute as he helped a goal-bound Steve Bruce header across the line from close range.

But if there was any doubt over who should be credited with the first goal there was absolutely no argument surrounding the second as Bryan Robson’s perfect through-ball sent Hughes through on goal. 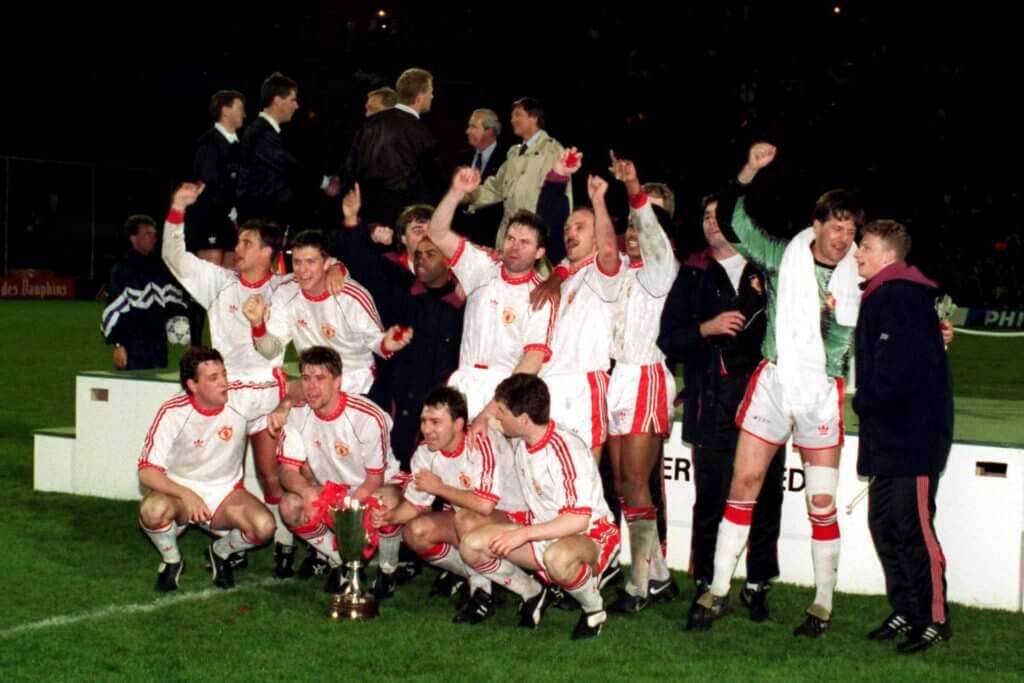 “There is a chance for another one here!” yelled commentator Brian Moore, though as Hughes’ angle became more acute he corrects himself: “Maybe not now.”

But without breaking stride, Hughes thumped the ball into the net from the tightest of angles. “Yes there is! A fantastic goal by Hughes!” Moore proclaimed as 25,000 United fans got lost in the moment.

A late Ronald Koeman free-kick ensured a frantic finale as Barcelona threw the kitchen sink at United but they held on for a 2-1 win while the hoards of Reds fans who had crossed the channel by any means possible, danced with delight in the rain as Alex Ferguson conducted the celebrations from the pitch along with his players.

As well as being one of the most dramatic nights in the club’s history that European Cup Winners’ Cup victory of 1991 would lead to a period of dominance never seen before at Old Trafford as the Reds won at least one trophy every season for the next 11 years; including the League title and the Champions League.