A win against Red Star Belgrade on Wednesday would leave Tottenham Hotspur in a fine position to qualify for the knockout rounds of the Champions League, but it is going to be a tricky trip to a hostile stadium for Pochettino's men.

It may not all be rosy in the garden when it comes to the Premier League but Tottenham Hotspur can take a huge step towards qualification for the knockout phase of the Champions League on Wednesday night.

A trip to Serbia to face Red Star Belgrade awaits them, and three points at a hostile Rajko Mitic Stadium would place Mauricio Pochettino’s side in a healthy position to seal their place in the last-16 of a competition they finished runners-up in last season.

Spurs dispatched of the Serbian SuperLiga champions with ease a fortnight ago, hammering Red Star 5-0 at the Tottenham Hotspur stadium.

Braces from Harry Kane and Son Heung-Min were complimented by an Erik Lamela effort to give the home side their first three points of the 2019/20 European campaign.

A win in Belgrade would see Tottenham go four points ahead of their hosts with two games remaining, which should see them playing European football post-Christmas. If you’re confident in Pochettino’s men achieving this, you can get on Spurs to win both halves at 4.50*. 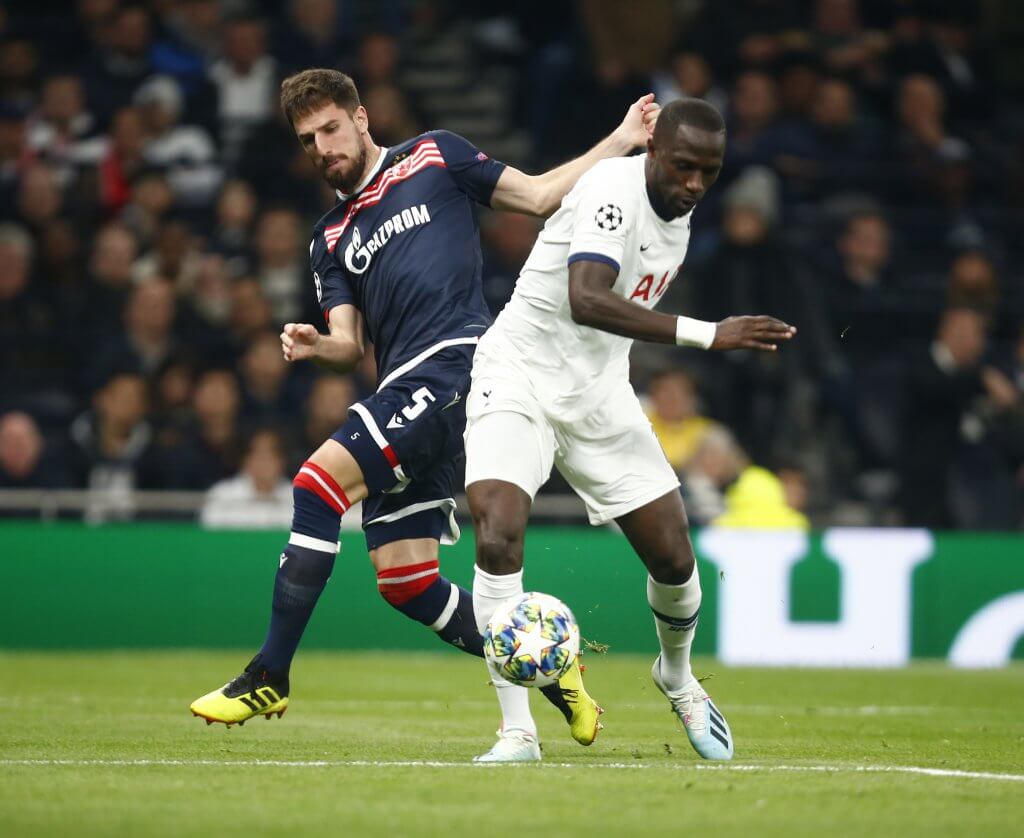 RED STAR BELGRADE VS TOTTENHAM HOTSPUR – ALL THE LATEST ODDS

That situation will not be an easy one for Spurs to achieve but the context of their scenario in Group B is a stark contrast to where they find themselves in the Premier League currently.

A 1-1 draw away at Everton on Sunday, after conceding a 97th minute equaliser to Cenk Tosun, has left Spurs languishing in the bottom half of the table.

Tottenham have only managed three wins in their first 11 games this season, conceding 16 goals and tasting defeat on four occasions.

Last season’s Champions League finalists may use their European escapades as a welcome distraction from their sordid domestic form, and a strong win on Wednesday night may well be a valiant turning point for the club.

However, a win in Belgrade will not come easy, as Liverpool found out first-hand on their trip to face Red Star last season.

Two goals from Milan Pavkov shocked Jurgen Klopp’s team to spur the hosts on to a 2-0 win which proved that the five-time Serbian SuperLiga champions are a tough nut to crack on home soil.

The comfortable victory in North London should equip Spurs with the confidence to get the job done on Wednesday, but they are facing a team that is used to winning.

Red Star sit top of their domestic league going into this fixture with 13 wins out of their 14 games played, losing just one game so far this campaign. If you fancy the Serbs to cause a shock, you can back them at 4.70*.

It remains to be seen whether Harry Kane will make it back for Wednesday’s clash after missing the draw with Everton at the weekend. Even if the England captain doesn’t make it, Spurs will certainly not be lacking firepower with Lucas Moura and Son in their ranks.