Red Machine: Were Liverpool’s “Class of ’88” the greatest Anfield has ever seen?

The Reds have now gone 32 top-flight games without defeat, breaking a club record that was set by one of their greatest sides of all time.

The Liverpool side of 1987/88 produced 10 months of superb, fast flowing, football, leaving beleagured opponents in their wake as they clinched the First Division title with weeks to spare.

The Reds amassed 90 points that season, with 87 goals, and only failed to score in four league games, while in nine matches they hit the net four times, twice putting five past their stunned opponents.

They lifted the league championship trophy with four games of the season still left to play; but in all honesty they pretty much had it in the bag by Christmas.

Much of this success was built on the partnership of John Barnes and Peter Beardsley, who along with potent striker John Aldridge, combined to terrify anyone who got in their way.

Liverpool, under the stewardship of Kenny Dalglish, were keen to rejuvenate an ageing side who had lost out on the title to Everton by six points just 12-months after the Scot won the league and FA Cup double in his first season at Anfield as player manager. 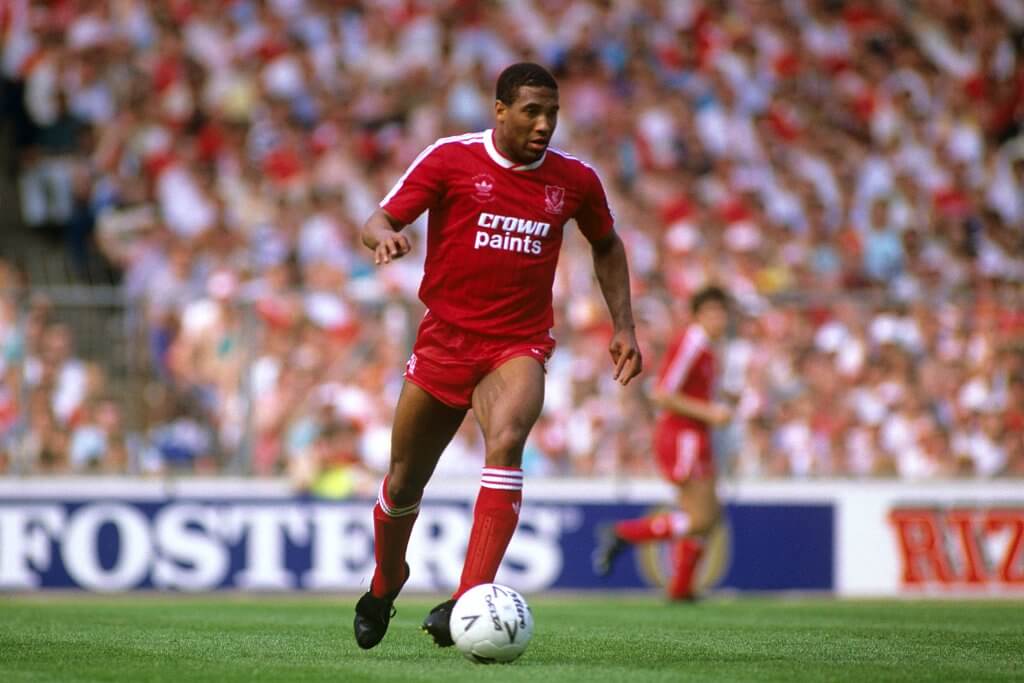 By luring Barnes to Anfield for £900,000 from Watford in the summer of 1987 and breaking the British transfer record by paying Newcastle £1.9m for Peter Beardsley soon after, they were now ready to take back the crown they had won 16 times before.

Due to essential repair works on Anfield’s famous Kop, Liverpool’s first three games of the 1987/88 season would be played on the road and a 2-1 win at Highbury on the opening day of the season set the tone for what was to come for the rest of the campaign.

By the time their first home game of the season came around, Dalglish’s men were still unbeaten, having won two from three, not to mention scoring seven times in the process as Oxford United were soundly beaten thanks to goals from John Aldridge and John Barnes, on their home debuts.

The new additions instantly gelled with regulars such as Alan Hansen, Steve Nicol, Ronnie Whelan and Steve McMahon, along with Ray Houghton who also joined from Oxford.

As a result they produced breath-taking football on a weekly basis and, as well as being tight at the back and solid in midfield, Liverpool were also scoring goals for fun.

They bagged four in a game in four consecutive matches, winning  4-1 at Newcastle thanks to a Steve Nicol hat-trick, 4-0 versus Derby, this time courtesy of an Aldridge hat-trick, 4-0 against Portsmouth and 4-0 at home to QPR as Barnes’s skill and Beardsley’s trickery proved to be too much for their opponents.

Another 4-0 win against Watford on November 24 at Anfield, saw the Reds secure their place at the top of the First Division table, where they would remain for the rest of the season – they still hadn’t lost and it was almost Christmas.

Liverpool showed no sign of stumbling, even during the usually tricky Christmas and New Year period, as they won all six of their league games from December 19th and the end of January.

By mid-March Liverpool hadn’t tasted defeat in 28 games that season and 31 in total having won the last two fixtures of the previous season to set a new club record.

As the derby against Everton at Goodison Park rolled round on March 20th, they had their sights set on beating Leeds United’s record of 29 games unbeaten at the start of the season which gad been set back in 1974.

But Wayne Clarke’s goal in a 1-0 win for The Blues would prevent the Reds from achieving that particular landmark; though it appeared to do little in terms of stalling their seemingly unstoppable march towards the title.

Two weeks later Liverpool would lose again, this time to Nottingham Forest, but it mattered little as their nearest challengers, Manchester United, were still some 10 points adrift and never looked like making up ground.

Perhaps the greatest display of Liverpool’s dominance came when they welcomed Nottingham Forest at Anfield on April 13thas, not only did they get revenge for only their second defeat of the season a few weeks previously, but the Reds encapsulated their season-long domination during 90-minutes of breathtakingly brilliant football. 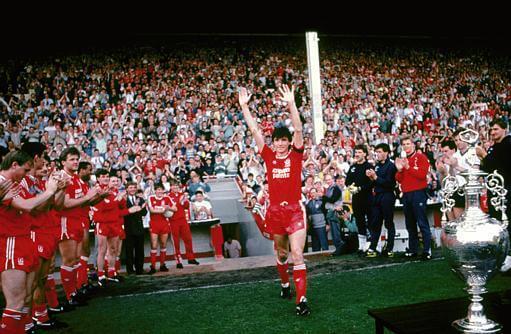 Liverpool ran-out 5-0 winners and to be honest it could have been ten as Barnes and Beardsley ran their beleaguered opponents ragged, attacking relentlessly from the first whistle and the crowd were soon in on the act as it became apparent that something special was going to happen that night.

Even Tom Finney, one of the greatest players of all time, declared “I think that was one of the finest exhibitions of football I’ve seen the whole time I’ve played and watched the game. You couldn’t see it bettered anywhere, not even in Brazil,”

Victory over Tottenham Hotspur on April 23 confirmed what everyone had known for a long time; Liverpool were the best side in the land and rightly crowned champions.

They won the league by nine points though, but for a determined effort from Manchester United in Alex Ferguson’s first season in charge, it could easily have been more.

Liverpool fans who had grown up watching the fantastic sides assembled by the likes of Bill Shankly and Bob Paisley probably thought they had seen it all; but the emergence of Barnes, Beardsley, Aldridge, McMahon, Houghton and the side of 87/88 would make them think again.