Plymouth Argyle: “If anyone predicted fourth I’d have thought them mad!”

“Plymouth is a city in love with it’s football team and success is just around the corner…” - Argyle supporter Joe Bell says the Pilgrims are on the rise as they set their sights on a return to Championship football.

Plymouth Argyle are poised to wrap up a top six berth in League One, overcoming off-field hurdles to find themselves five points clear in the play-off scramble with only four games to play.

After losing influential manager Ryan Lowe to Preston North End in December with his assistant Steven Schumacher appointed as predecessor, the Green Army could have been forgiven for fearing a drop-off in form.

However, they have subsequently taken a whopping 42 points from 22 games: form marginally better than what was delivered under his predecessor.

The transition has been about as smooth as the football on display at Home Park, so supporter and writer Joe Bell is delighted with how things are panning out under Schumacher.

“He’s done brilliantly to sustain this push for promotion but it’s no surprise to us that the transition has been seamless. 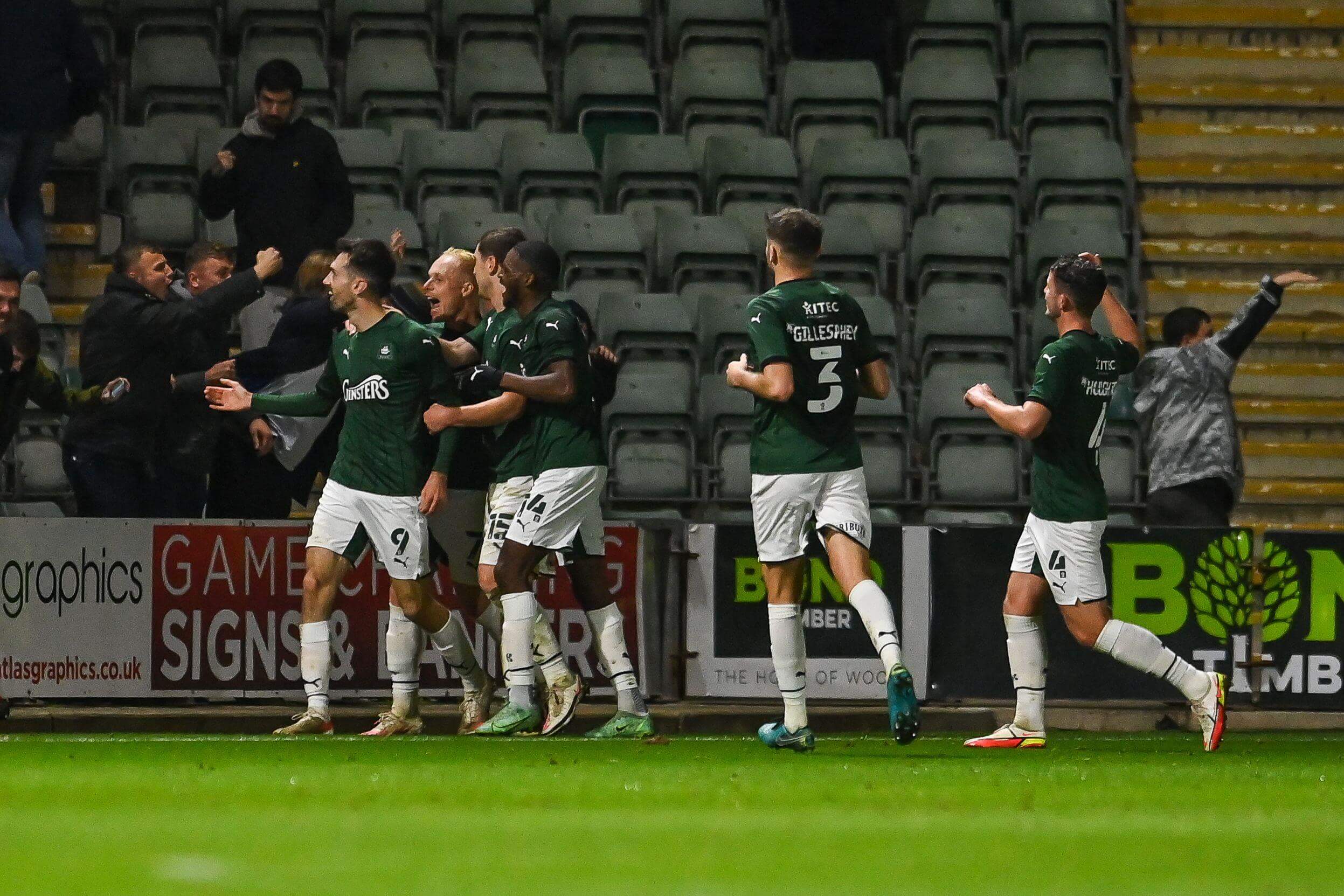 “Ever since he arrived, he’s been working very hard on the training pitch to help deliver success for the club.

“We still play with the same shape and model to the side, but he’s made some subtle changes to how we approach games and, in my opinion, we are a better side post-Christmas. That’s saying something, given the run we were on earlier in the campaign.

“We’ve spent the majority of the season dreaming and that’s what football is about, isn’t it?”

Part of the reason Argyle fans can dream is the work of chairman Simon Hallett, whom Joe hails as a “breath of fresh air” to the club.

“He’s very modest about the impact he’s had and he’s always quick, rightly so as well, to praise the team beneath him lead by Andrew Parkinson (CEO), but he’s the man to put those people in place.

“The openness and transparency that Simon has brought is something a lot of clubs should learn from.

“We are professional both on and off the pitch, you can’t find many, if any faults since he took over and the reputation of the club is not only growing in stature but also far and wide.” 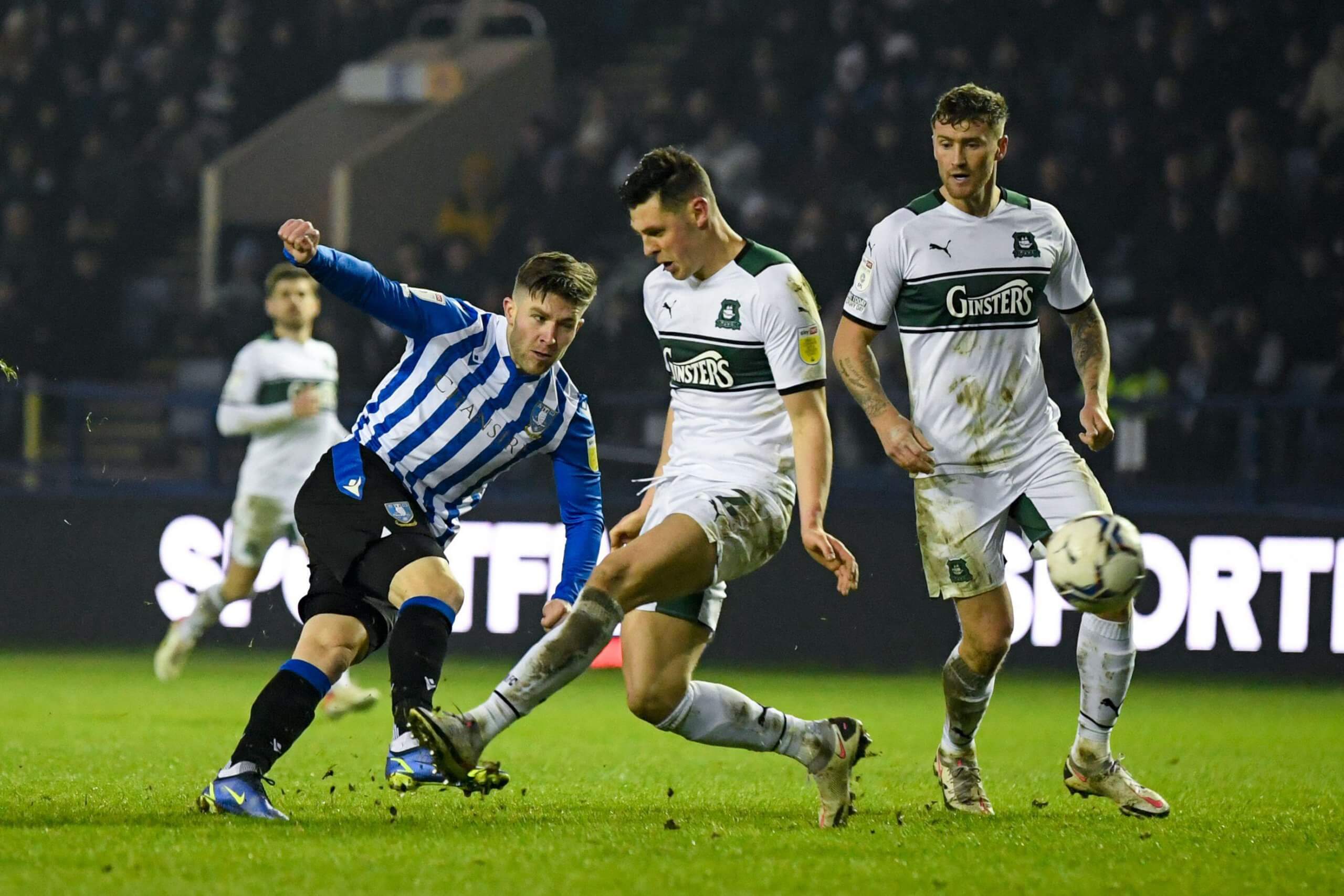 That growth is mirrored by the progress on the field, not least in defence: the Devoners shipped 80 league goals in 2020-21, the second most in the league – despite goalkeeper Michael Cooper winning Young Player of the Year.

“I think that was all part of the learning curve from last year. It was Lowe’s first full season as a League One manager, our first season back in the division and a few players were found out at this level.

“We relied far too heavily on young, raw, unfurnished loan players at the back with a keeper having his debut full season in goal. It was clear for all to see where we needed to strengthen the side in the summer.”

James Wilson, 32, James Bolton and Dan Scarr, 26, plus 25-year-olds Macaulay Gillesphey and Brendan Galloway joined to bolster options for the back-three and sure enough, Argyle have conceded half last season’s tally with only four games to play.

“Wilson and Scarr have added much-needed leadership and experience to the back line. Gillesphey and Bolton are more than good enough for this league whilst Galloway added that real bit of quality.

“As for Michael Cooper? Just read the #PAFC hashtag! It’s been a while since any young, homegrown player has excited the Green Army as much as him. He’s been outstanding all season and has a massive future in the game.” 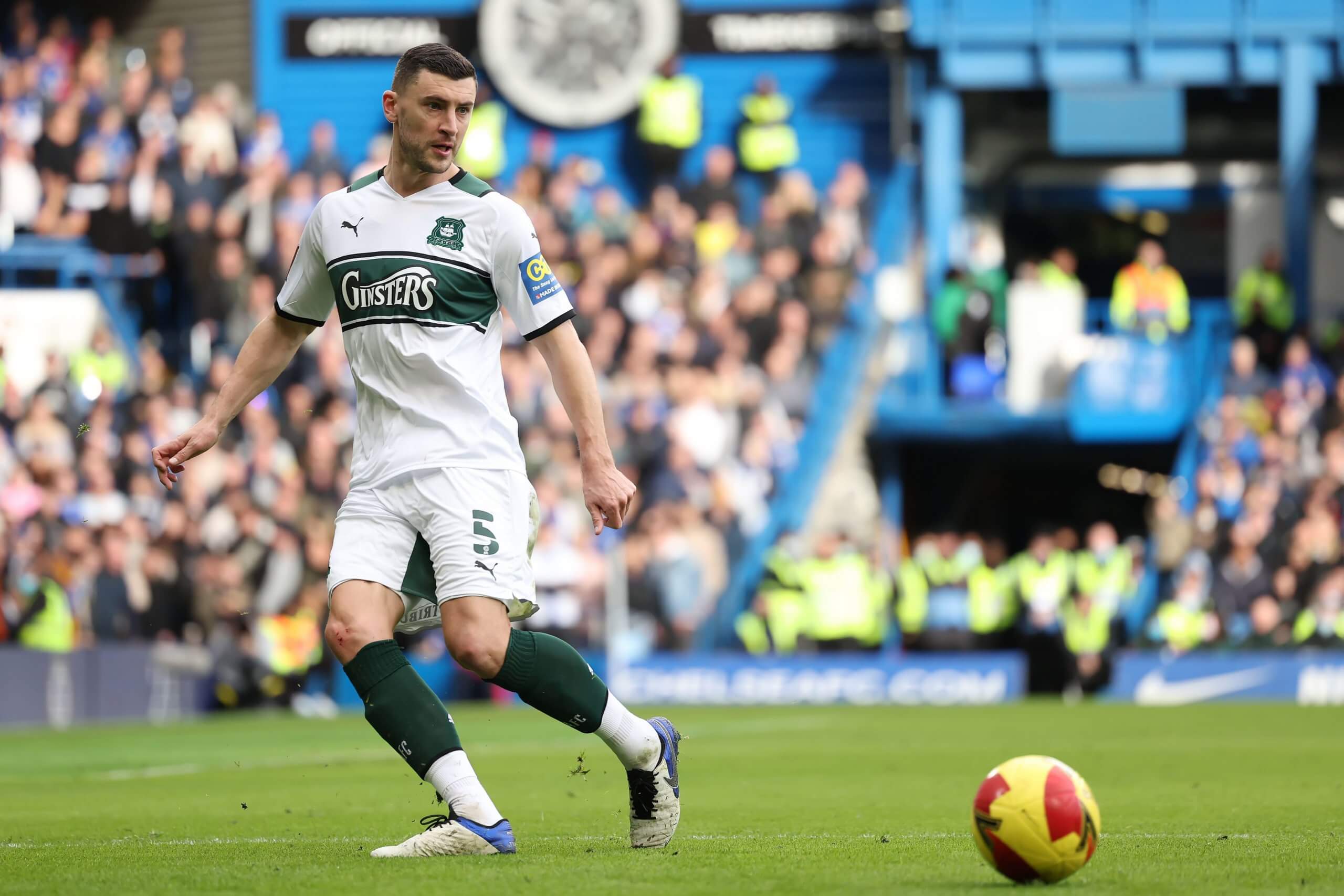 Argyle have depth at the other end of the field, too, where Ryan Hardie, Luke Jephcott, Niall Ennis and Jordan Garrick have all been vying for starts.

“The competition between all four of them has been fascinating as the season has evolved.

“Hardie is the spearhead of the attack. We’ve missed him the last couple of games because of what he brings to the side but it sounds positive he’ll be back sooner rather than later.

“He’s got a great relationship with Luke Jephcott, who’s a real unsung hero when he plays with all the work he does that goes unnoticed.

“Niall Ennis is a bright young talent who’s really showing glimpses of someone who can kick on next season, after he spent most of the first part of the campaign out injured.

“Jordan Garrick brings something different to all three of them: he’s quick! He’s still young and learning the game but there’s definitely a player there and he’s got a real eye for goal.”

Also with an eye for goal lately has been Joe Edwards, with the long-serving right wing-back finding the net in home victories over Accrington Stanley and Oxford.

“You won’t find a player who’s loved more in Plymouth than Edwards. We’ve been longing for a leader and role model like him for a very long time.

“His work rate is outstanding, he’s perhaps at the top of his game right now and continues to drive the team forward. 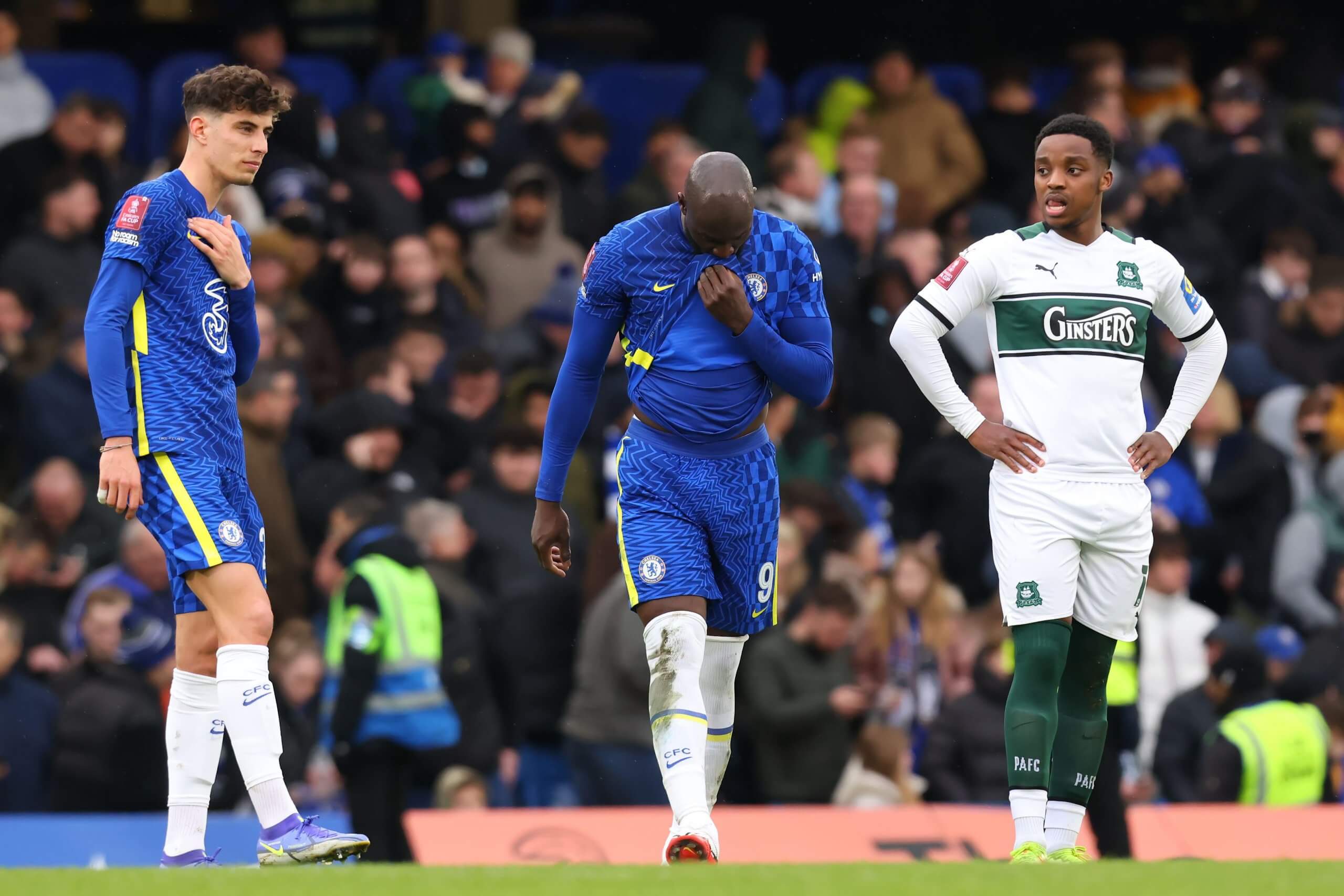 “Jordan Houghton has added a real solid look to the midfield this season, too. Panutche Camara is a fans favourite because he just doesn’t stop running!

“Always gives his all and whilst at the start of the year his finishing and final product was lacking, he’s slowly starting to turn that around he’s now a threat in front of goal.”

With so much going right on and off the field, Joe admits to being surprised at the extent of improvement from last year’s 18th-placed finish.

“It’s not the season we expected: progression from last season with a Top 12 finish would’ve made us all very happy.

“If anyone had said to me back in August I’d be sat here, four games to go, sitting fourth in the league, five points clear of the side in 7th I’d have thought you were mad!”

Having made these strides, though, Argyle now have an opportunity to secure second tier football for the first time since 2009-10.

“Can we finish the job?! Our run in is tough, can’t deny that but I’d rather be playing against play-Off rivals than mid-table sides.

“One win will seal it for us in my opinion, will we get it? I think we will, I can see us perhaps dropping a place maybe but I can’t believe with all I’ve seen of this side all season that they’ll let this opportunity pass them by.

“Whatever happens, it’s been a heck of a journey this year. Plymouth is a city in love with it’s football team and success is just around the corner… hopefully on May 21st at Wembley!”