The lives of 32 US college prospects will be transformed forever on Thursday night as the first round of the 2020 NFL Draft gets underway in challenging circumstances for all concerned.

It was meant to be the biggest and most glamorous Draft week in NFL history against a backdrop of madness and mayhem in Las Vegas, but the Covid-19 outbreak means we will witness something very different this weekend.

There had been plans for the best players in college football to be presented with their new shirts and caps in front of the Bellagio Hotel having been whisked to the stage by boat across one of Sin City’s most famous stretches of water – but not anymore.

Even so, this will be a night the Draft prospects remember for the rest of their lives and record viewing figures are expected coast-to-coast in the States as starved sports fans look forward to one of the most highly anticipated events on the NFL calendar.

500,000 fans were in attendance in Tennessee a year ago, but Vegas will be empty this weekend, though when the commissioner announces (from his own house) “the Cincinnati Bengals are on the clock”, the anticipation and excitement will be just as intense.

With teams unable to host pre-Draft visits as they normally would, they have instead been conducting interviews on video calls and due to team facilities being closed, coaches and players are required to remain in their individual homes, connected through a video conference with general managers passing on their picks to officials via the internet.

So here are just a handful of those who will be on the radar of the NFL’s biggest names on Thursday night ahead of three-days of socially distant decision making that could shape the future of players and franchises alike for the next few years and beyond. 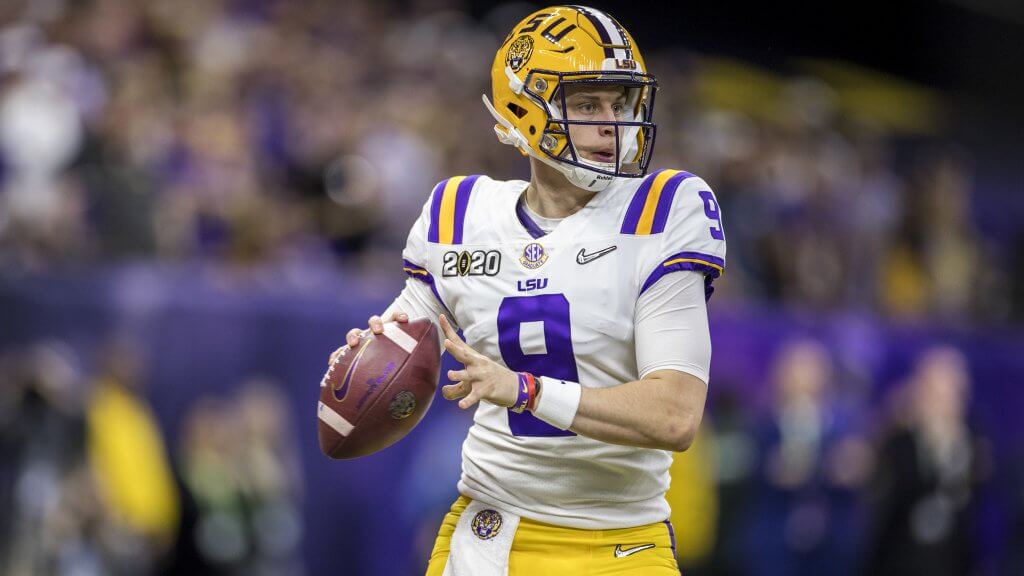 It’s the move that everyone expects to happen, and the best pick for a team with a need at quarterback, which certainly sums up the Bengals, who finished the 2019 season 2-14 and find themselves with the first pick for the first time since 2003 when they opted for another highly respected QB – Carson Palmer.

Burrow is self-assured and plays with competitive toughness that teammates will gravitate toward instantly. He buys time for himself inside the pocket, but creates explosive, off-schedule plays outside of it with his arm or legs.

Very few things can be considered as a dead-cert considering how unpredictable the NFL is, but it’s a pretty safe bet that this Ohio native will be staying within the state of his birth and moving to Cincinnati, where he’ll certainly have his work cut out for the coming season. 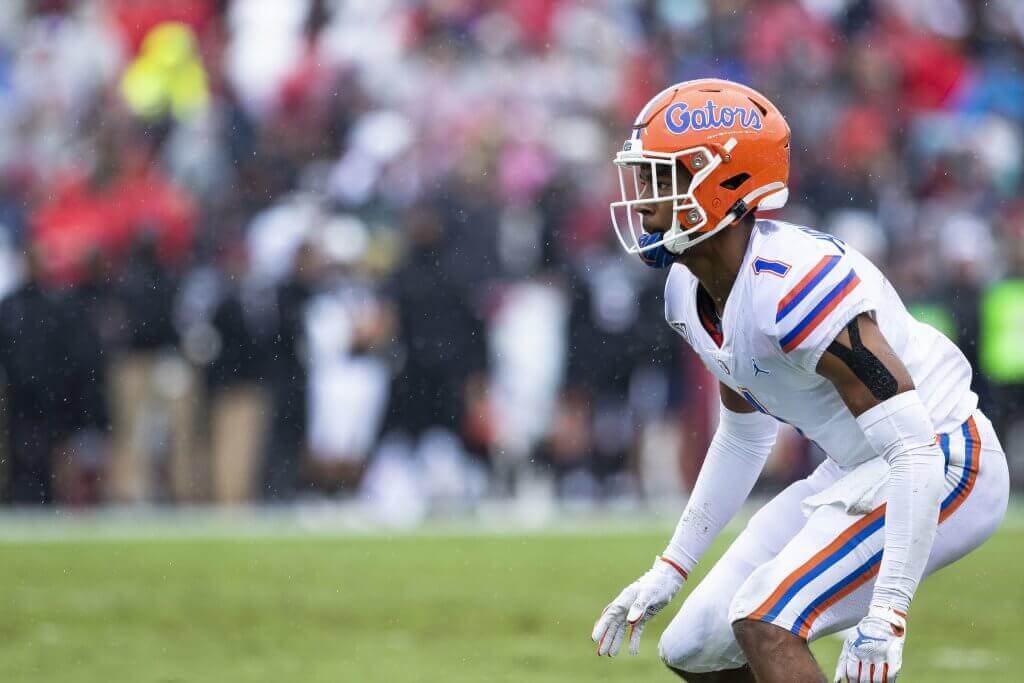 The impending free agency of Byron Jones puts the position of cornerback near the top of the wishlist for the Dallas Cowboys going into the 2020 NFL draft and CJ Henderson from Florida might just be the ideal fit.

There’s no doubt he has the agility and athleticism to stay connected to his man while having the recovery burst and the long speed to track vertical routes downfield while he’s quick to wrap and finish after the catch.

Another major factor is that he’s ready to be a Day 1 starter in the NFL, something the Cowboys need with Jones expected to make his way out of Dallas given the opportunity. 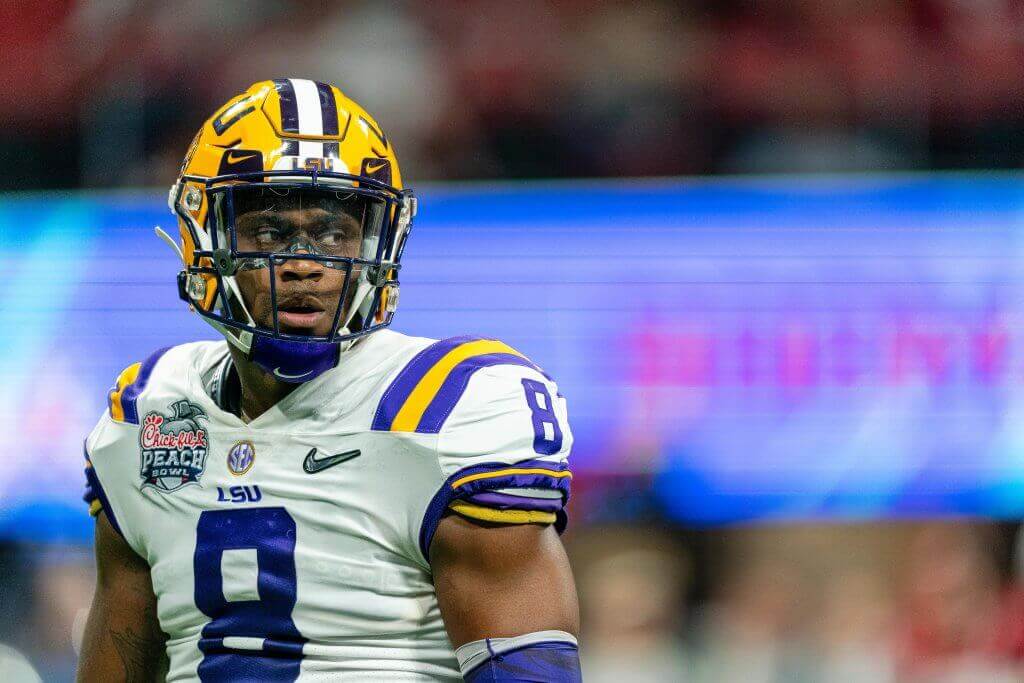 With the departure of Patriots legend Tom Brady earlier this year, the 2020 draft will very much be about rebuilding for the Patriots who have also waved goodbye to Kyle Van Noy and Jamie Collins due to free agency.

Holding the 23d pick, it could well be a case of choosing the best of what is available and linebacker Patrick Queen might just fit the bill with impressive on-field confidence for a one-year starter along with excellent body control and balance to gobble up runners as an open-field tackler.

Queen is a born leader while his success with LSU will mean he’s hungry to show what he can do at the next level and they don’t come much bigger than the Patriots, assuming they can overcome the loss of arguably the greatest QB the game has ever seen. 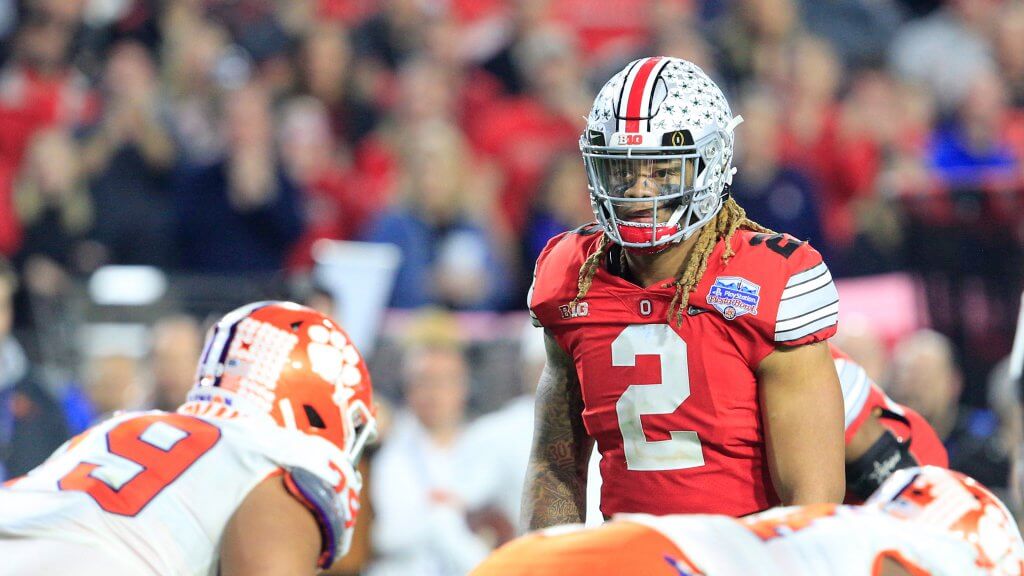 Many regard Young as the best talent in this draft and if the NFL wasn’t such a quarterback-driven sport, he could well have been a legitimate challenger to Joe Burrow for the No. 1 pick.

Picking Young would give Washington a chance to add a player with superstar ability to a roster desperate for an athlete with franchise-player talented Young is certainly a prodigy who has been apparently been on the Redskins’ radar since their miserable 2019 season ended.

If that wasn’t enough the Washington Post recently reported that Redskins quarterback Dwayne Haskins, who played with Young at Ohio State, left for the offseason with a simple message: “Two words: Chase Young, that’s all I got to say.” 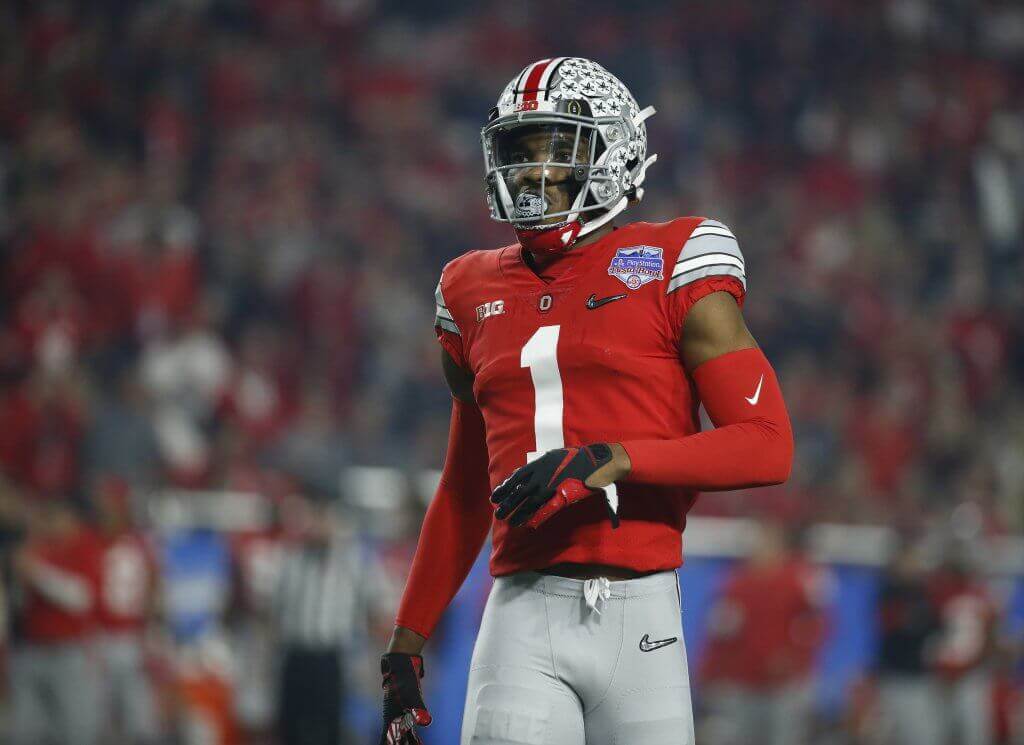 Okudah is an incredibly talented prospect who will rank as one of the best cornerbacks evaluated in the last decade. He has excellent size, toughness, instincts, speed and is a high-character player with nearly perfect traits to transition immediately to the NFL.

Bob Quinn has mostly played things safe in the first round of his four drafts as Detroit Lions general manager, and if he leans that way again next week, then Ohio State cornerback Jeff Okudah should be his pick at No. 3.

Okudah is by far the top cornerback available in this draft and offers everything the Lions need right now and he would no-doubt generate some really good competition in his position, while also giving the Lions options and versatility at the position. 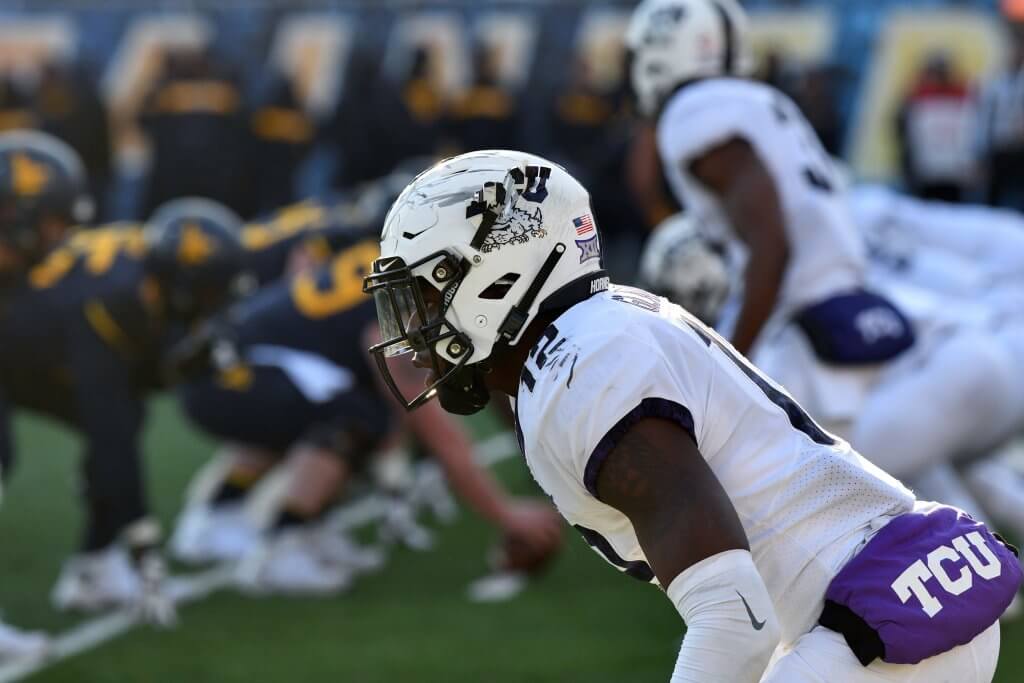 Jeff Gladney is by no means the biggest in his position standing at just over 5’10” but he plays much bigger than his physical frame suggests, especially in press coverage and when taking on ball-carriers in the run game.

Reports in the press suggest that Kansas City were one of 12 teams that had a pre-draft meeting with Gladney and the fact that the Super Bowl Champions have been looking to add a cornerback since the 2018 NFL Draft makes this  a very likely move.

Gladney has some drawbacks to his game, but overall, he’s a solid prospect and should be able to carve out a productive career and if he can make-up for his physical limitations, there’s a possibility he could be a steal at the end of the first round for a team looking to bolster their defensive prowess. 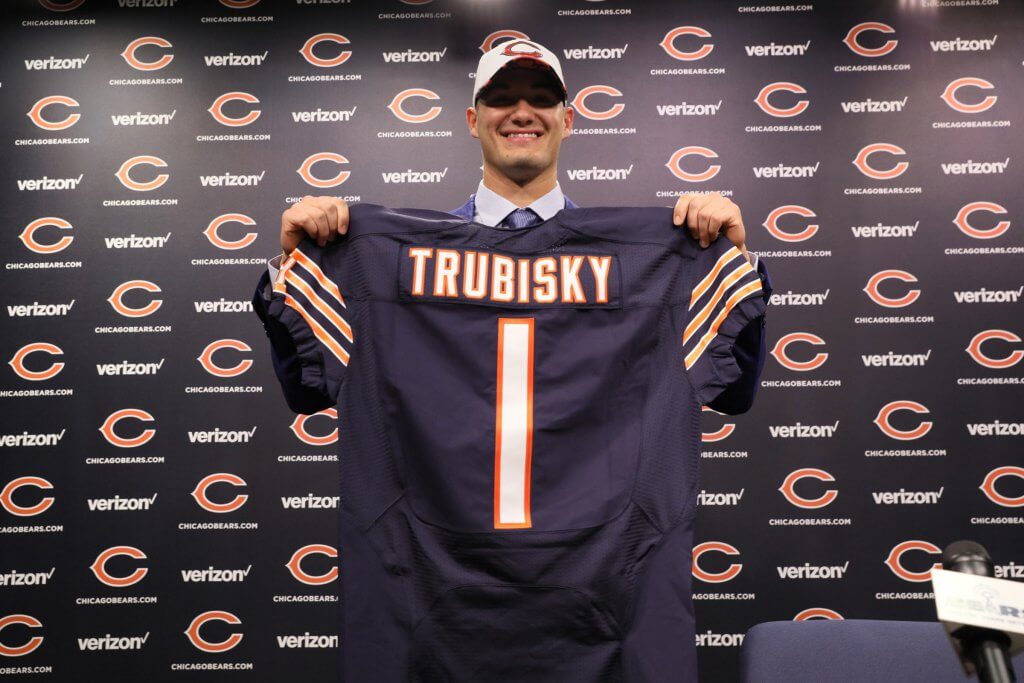 This year will see a total of 255 picks be made across the seven rounds, one down from the usual maximum of 256 due to the Arizona Cardinals forfeiting a fifth-round pick by selecting safety Jalen Thompson in last year’s compensatory draft.

The Cincinnati Bengals occupy the draft’s No 1 overall pick, for the first time since 2003, after finishing last season with the NFL’s worst record at 2-14,  their fourth-straight losing season.

On the flip-side, having beaten the San Francisco 49ers at Super Bowl LIV in Miami, the Kansas City Chiefs own the final first-round pick at No 32 overall and Andy Reid’s champions have just five picks at their disposal on the night, tied for the fewest with the New Orleans Saints.

The Miami Dolphins meanwhile own the most picks with 14, giving head coach Brian Flores an excellent opportunity to bolster his roster after finishing 5-11 and bottom of the AFC East in 2019.

For those wanting to keep up-to-date with the 2020 NFL Draft all three days will be broadcast on Sky Sports – with day one getting underway at 6pm on Thursday, April 23rd, and the first pick is expected to be announced around 01:00 BST.