Calum Brown from Talk Livi believes the Lions will be going into the game against St Johnstone with plenty of confidence after a good performance last weekend.

On Saturday, Livingston started the Premiership season with a difficult test against a Motherwell side who were on fire after four wins from four in their Betfred Cup group.

We were promised an exciting, quick, passing side but instead we came up against a team that I think had been a little bit over-hyped. On the day, Livi were the better side and the visitors really didn’t offer a huge threat.

We created the better chances, and I think an honest ‘Well fan would be satisfied that they came away with a point in the end. Stephen Robinson’s men did create some chances, and perhaps on another day could’ve found the back of the net, but Livingston’s were more clear-cut, specifically Nicky Devlin’s ten minutes from time.

The attacking full-back, who was fantastic throughout the match, bombed forward once more, but was denied a winner from close-range by Mark Gillespie – the ‘keeper was superb.

Even though Motherwell impressed over their Betfred Cup campaign, going the four matches without conceding, they didn’t really come up against a top side – their biggest challenge was probably Morton.

This was shown by their less than impressive performance, which has ultimately been ignored, with the artificial surface at the Tony Macaroni Arena being used as an excuse. 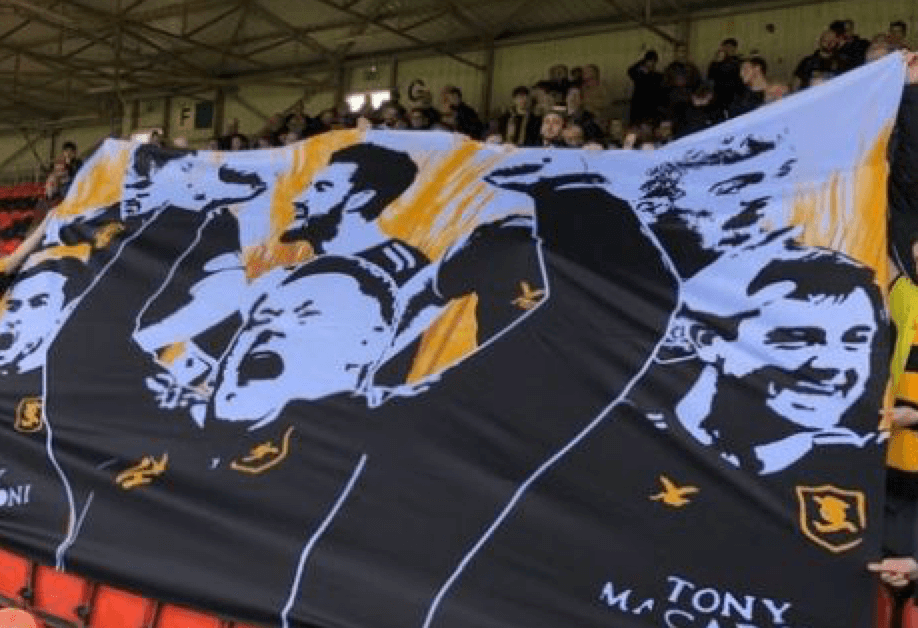 No credit whatsoever has gone to Livi, who more than held their own against a side that will no doubt be challenging for a top six spot. It’s given me a lot of confidence going into the season, as I was a little apprehensive after losing some of our top talent from last year.

Now, after that performance, I’m relatively confident that we’ll pick up points this season, and grind out some much-needed points.

We’ll come up against much worse sides than Motherwell this year. The likes of Hamilton, St Mirren and Ross County will be games in which we’ll need to pick up the majority of our points, and if we play like we did on Saturday in those games, I believe that come the end of the season we’ll be safe.

Another side that we are more than capable of going toe-to-toe with this season is this weekend’s opponents, St Johnstone. We go into the game with confidence from Saturday’s good performance, whilst the hosts will be looking to get their opening day thrashing out of their system.

The Perth side were hammered 7-0 by Celtic last weekend, so will be motivated to put that result and performance behind them. They struggled in the Betfred Cup too, failing to qualify from their group, suffering losses to League One sides Montrose and Forfar.

I believe they’ll be completely fine, and have nothing to worry about in regards to relegation, but I feel they’ll struggle a lot more than they did last season.

Looking ahead to the match itself, I can’t see it being an exciting spectacle – the lovers of the ‘beautiful game’ will not be impressed put it that way. However, it is a huge match for both clubs so early in the season, and one that could genuinely go either way.

As a Livingston fan, you can’t go into many games expecting victory, but we’ve got a really good chance of taking all three points on Saturday against a side that really haven’t got going so far this season.

It’s likely to be a scrappy affair. I expect St Johnstone to be threatening in possession, although we proved on Saturday that we can withstand pressure, against an arguably better team.

The Saints had the better of us last season, winning on two of the four occasions to our one, but every game was extremely tight. I expect that to be the case on Saturday. There will be very little in the game and it’s likely to be decided by fine margins, if there’s to be a winner.

A draw would be a good result, as McDiarmid Park is a tough place to go, yet I am confident we are good enough to take all three points. First of all, I’m going to predict a very low-scoring game. There was only one game out of the four last season in which more than two goals were scored, a 3-1 Livingston win, so I think that ‘under 2.5 goals’ is likely.

With that being said, I’m going to be optimistic and go for 0-1, with Livi grabbing the win. I may as well go all out here with the predictions, and go for a goal scorer too. Taking into account the defensive styles of both sides and the lack of real attacking prowess, I fancy Livi’s goal to be scored from a set piece.

After being on fire in the Betfred Cup, netting three goals, I fancy Ricki Lamie to open his Premiership account on Saturday and net the winner.