Which players will be vying it out for the Golden Boot in the Championship this season? Justin Peach from the Second Tier Podcast tries his luck at identifying the next Glenn Murray, Ivan Toney or Aleksandar Mitrovic...

Strikers are selfish creatures who only care about scoring goals. There, it’s been said, the elephant in the room.

Why else do they take penalties, refuse to square the ball and berate a teammate who shoots rather than thread them a pass?

It’s pure selfishness and as a fan of football, you have to love it. They’re a different breed of footballer.

We’ve had record-breaking, goalscoring beasts of late in Ivan Toney and Aleksandar Mitrovic, but who will be next in line to stake a claim to be on the GOAT mantelpiece alongside Glenn Murray?

With that in mind, let’s take a look at who could be selfish enough to be the division’s top goalscorer and win the Golden Boot as we look ahead to the 2022/23 season… 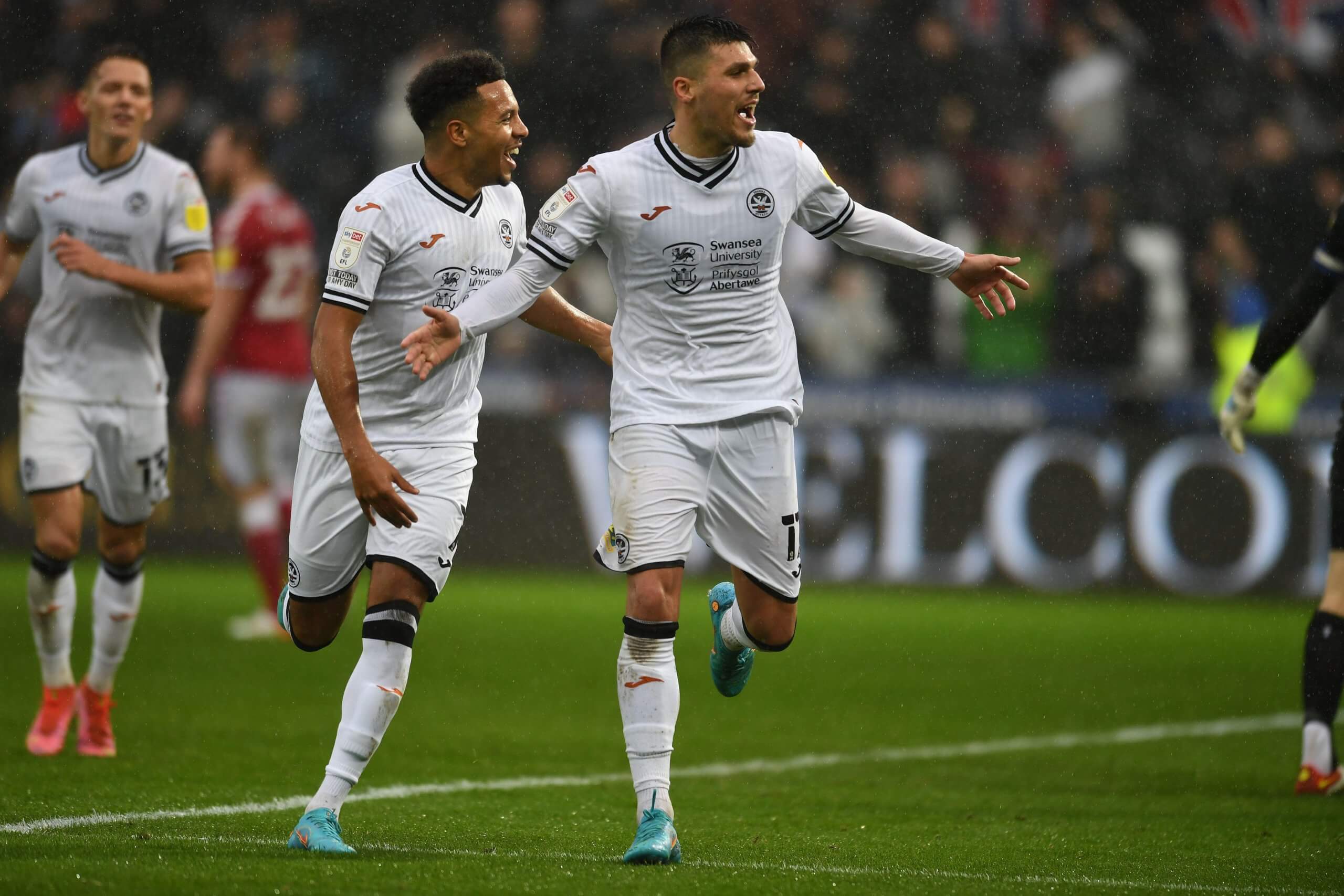 One of the players likely to get near Mitrovic’s record is Joel Piroe.

The Dutchman took the Championship by storm last season in a Swans side that struggled for consistency across the course of the year.

That didn’t stop Piroe from being ruthless in front of goal as he hit 22 goals from just 76 shots. That gave the 22-year-old a better goal conversion rate than both Mitrovic and Dominic Solanke, the two top scorers last season.

A high percentage of his finishes last season were with his first touch, showing a confidence that isn’t easy to budge.

He breaks xG with his ability score with his first touch from seemingly anywhere in the box, his brace against Derby last season is the perfect example of this attribute.

This is coupled with his ability to find space in the opposition box and pre-empt where and when the ball will arrive, Piroe will certainly smash past his 22 goals of last season. 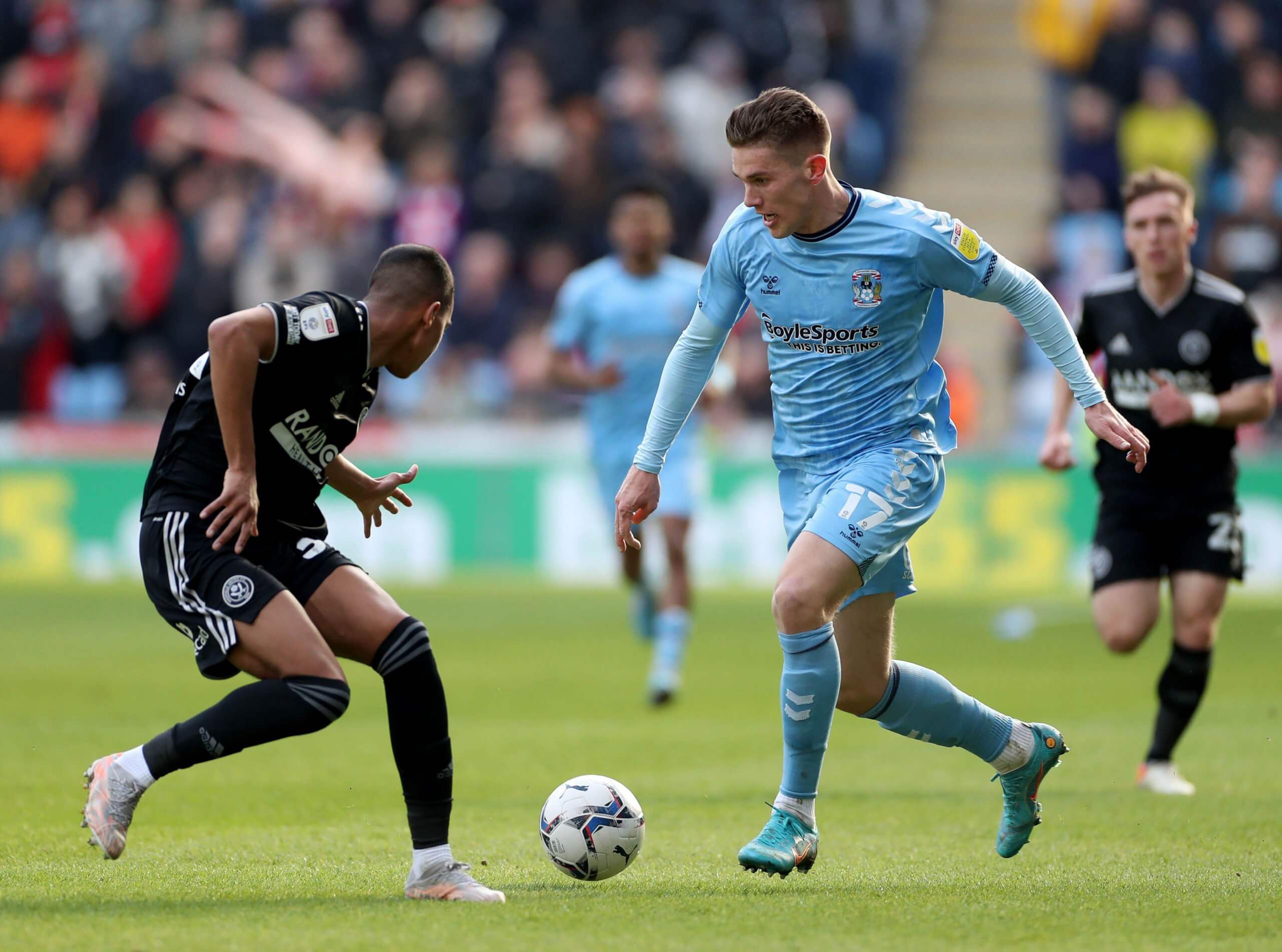 Gyokeres enjoyed a coming-of-age season with Coventry under Mark Robins where he really showed what he’s capable of.

Uninspiring loan spells with Swansea and Coventry didn’t stop the Sky Blues from shelling out just over £1m for the Swede and what a bargain he proved to be.

Gyokeres started the 21/22 campaign on fire, scoring nine in 11 games for the Sky Blues. The goals did dry up after as he then went 13 games without scoring before hitting another purple patch throughout winter.

That being said, the 24-year-old was a revelation and his form earned him a call-up to Sweden’s national team, becoming a mainstay as they looked to qualify for the 2022 World Cup.

Sky Blues supporters will be hoping Gyokeres can surpass his form of last season and commit his future to the club amid interest from potential suitors.

With his ability to pick up the ball and run at opposition defenders, as well as his almost telepathic link-up play with Matty Godden, Gyokeres could be up there for golden boot this season. 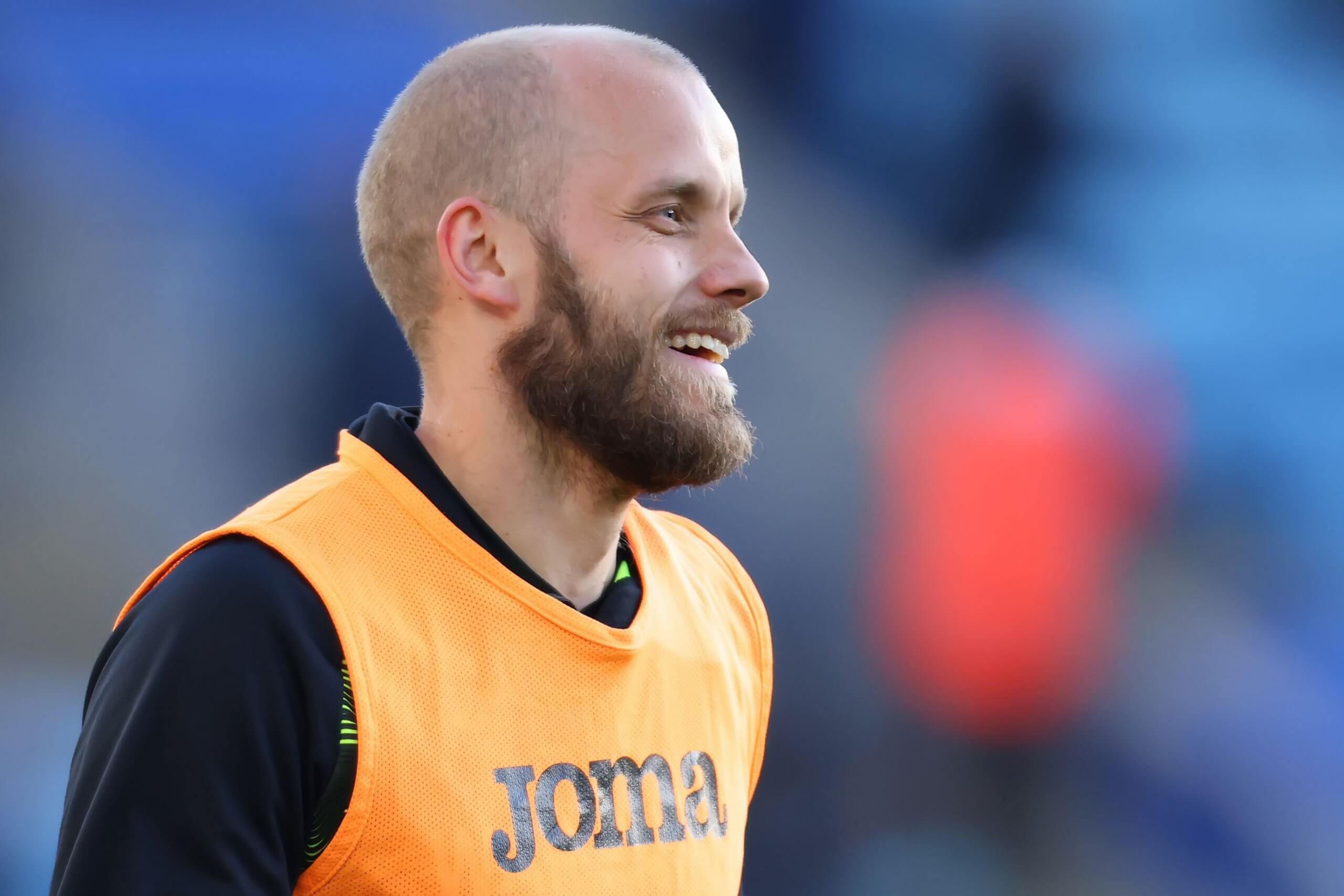 The Finn is a Championship legend in my eyes as his last two second tier campaigns have yielded a ridiculous 55 goals in 84 games. With those numbers, he has to be in the reckoning.

His time in the Premier League has come with a respectable 22 goals in 73 games in a team that has struggled in both seasons in the top flight.

His movement off the ball is amongst the best ever seen in the Championship; he comes alive whenever a teammate picks up the ball in the final third.

One issue does pop out however and that’s his ability to latch onto chances without Emi Buendia, who departed Carrow Road last summer.

Norwich struggled to create a consistent amount of chances with Milot Rashica being the closest in terms of matching the outgoing Argentine’s effectiveness, averaging just 1.2 key passes per game and grabbing two assists last season.

However, the Finland international still hit double figures, showing that class is permanent and that will surely be apparent once again for the coming season. 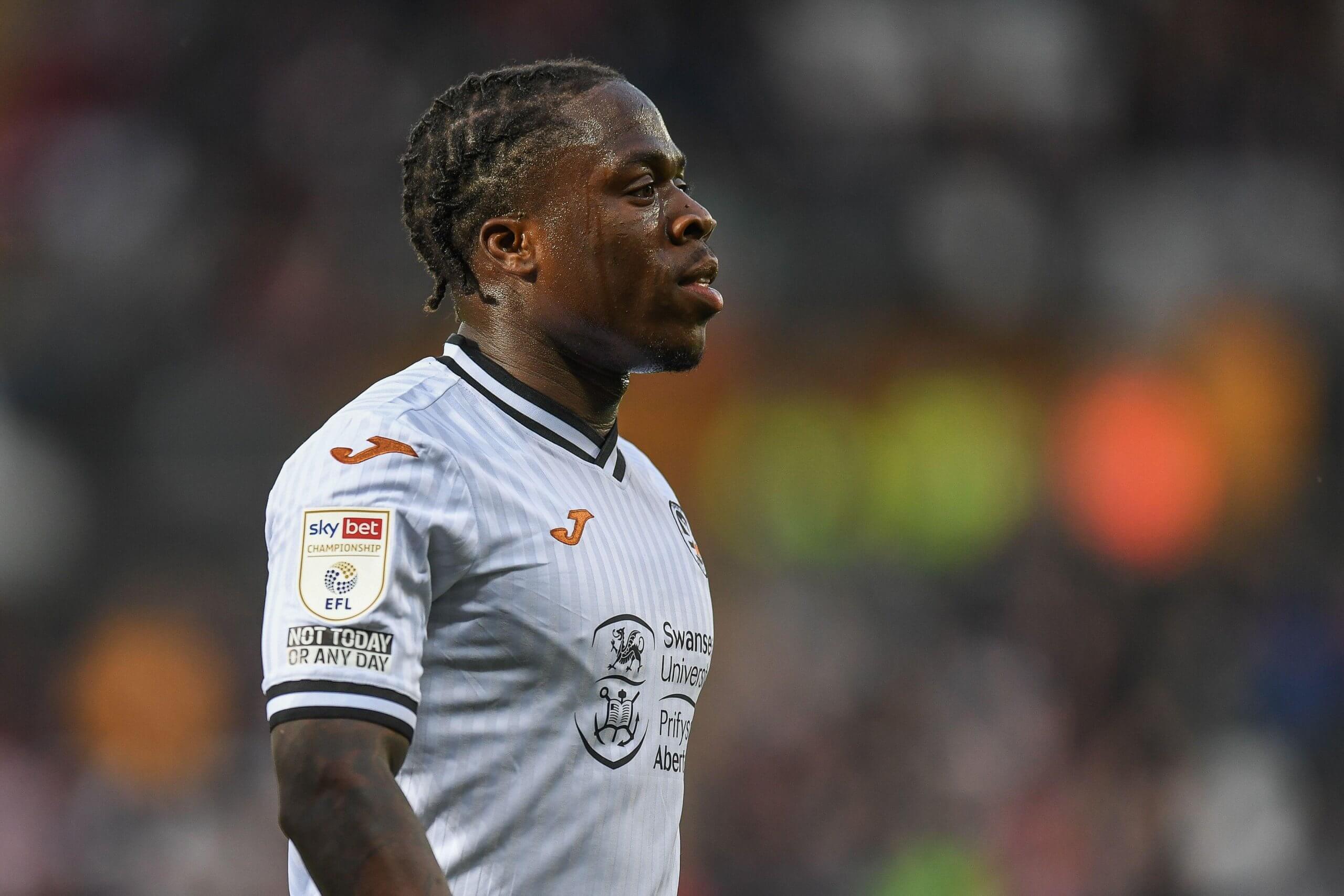 Perhaps a surprise entry to this list given that he scored just 12 goals last season, but that’s made impressive considering he played just 32 games, missing most of the first half of the season.

What was impressive about Obafemi for Swansea last term was his ability to come alive around the area, much like Teemu Pukki.

He could spend long periods of a game without touching the ball but was always sharp around the area, which is the making of a good striker.

At just 22, Obafemi has already displayed the attributes needed to be a consistent goalscorer and his ability to link up with Joel Piroe could prove deadly for Swansea against Championship defences next season.

Another bright season for the Republic of Ireland international could cement Obafemi’s status as one of the most promising forwards in the Football League. 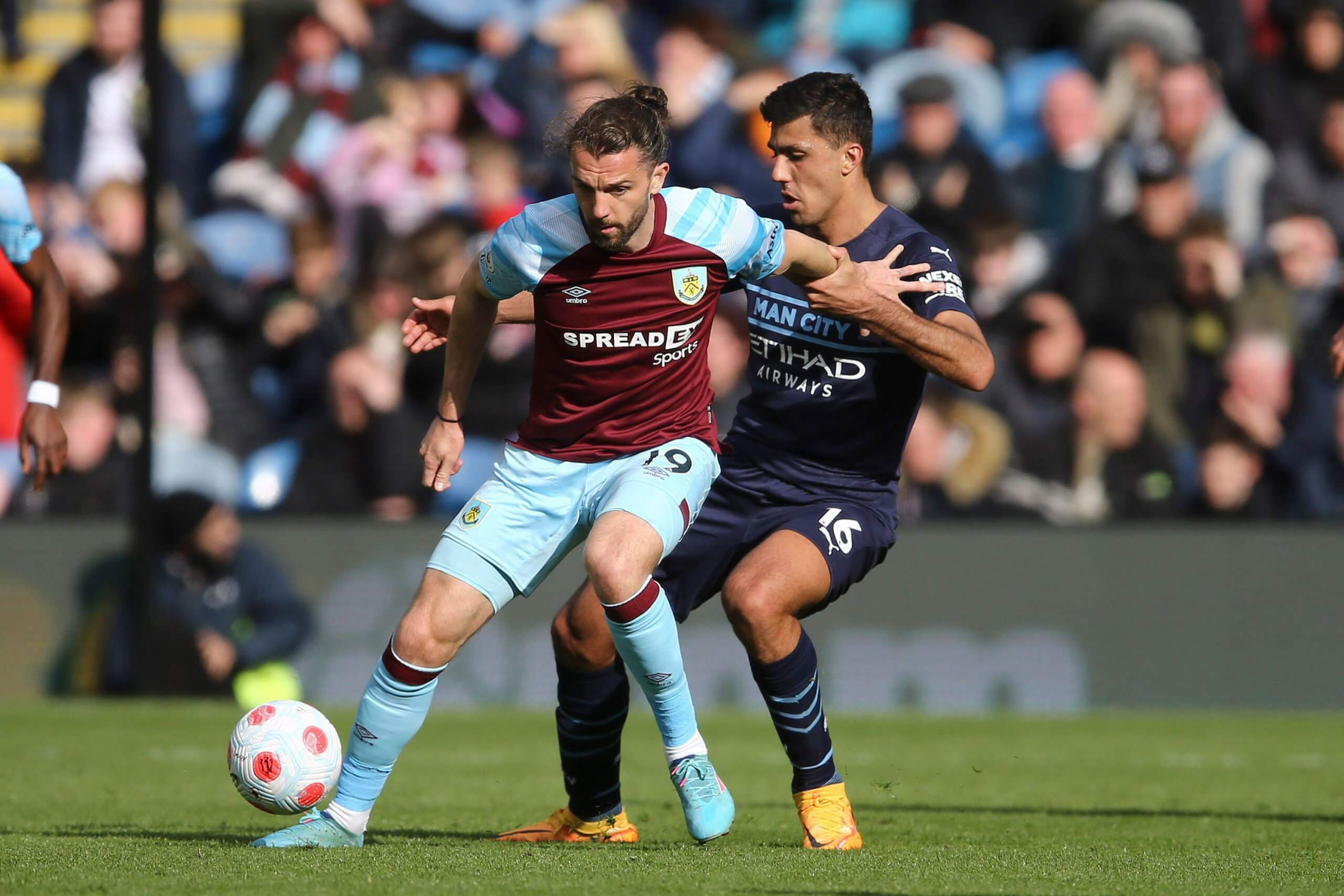 Rodriguez will be 33 by the time the season begins but that will not stop the versatile attacker from scoring goals. His record at Championship level is impressive, scoring 51 in his last 124 appearances.

In his last campaign with West Brom, he developed an impressive partnership alongside Dwight Gayle in which the pair hit 45 goals between them as the Baggies finished in the play-off places.

He’s proved to be a useful player for Burnley in recent seasons and should be a talisman under Vincent Kompany.

In the right system, as Rodriguez showed at West Brom, he can easily hit at least 20 goals and should Kompany deploy a 4-2-2-2 as he did at times with Anderlecht, there will be plenty of opportunities for the ex-England international next season.

The last time Rodriguez featured for the Clarets in the second tier, he produced a return of 14 and 15 goals in successive seasons and there’s a possibility he could go even better in 2022/23. 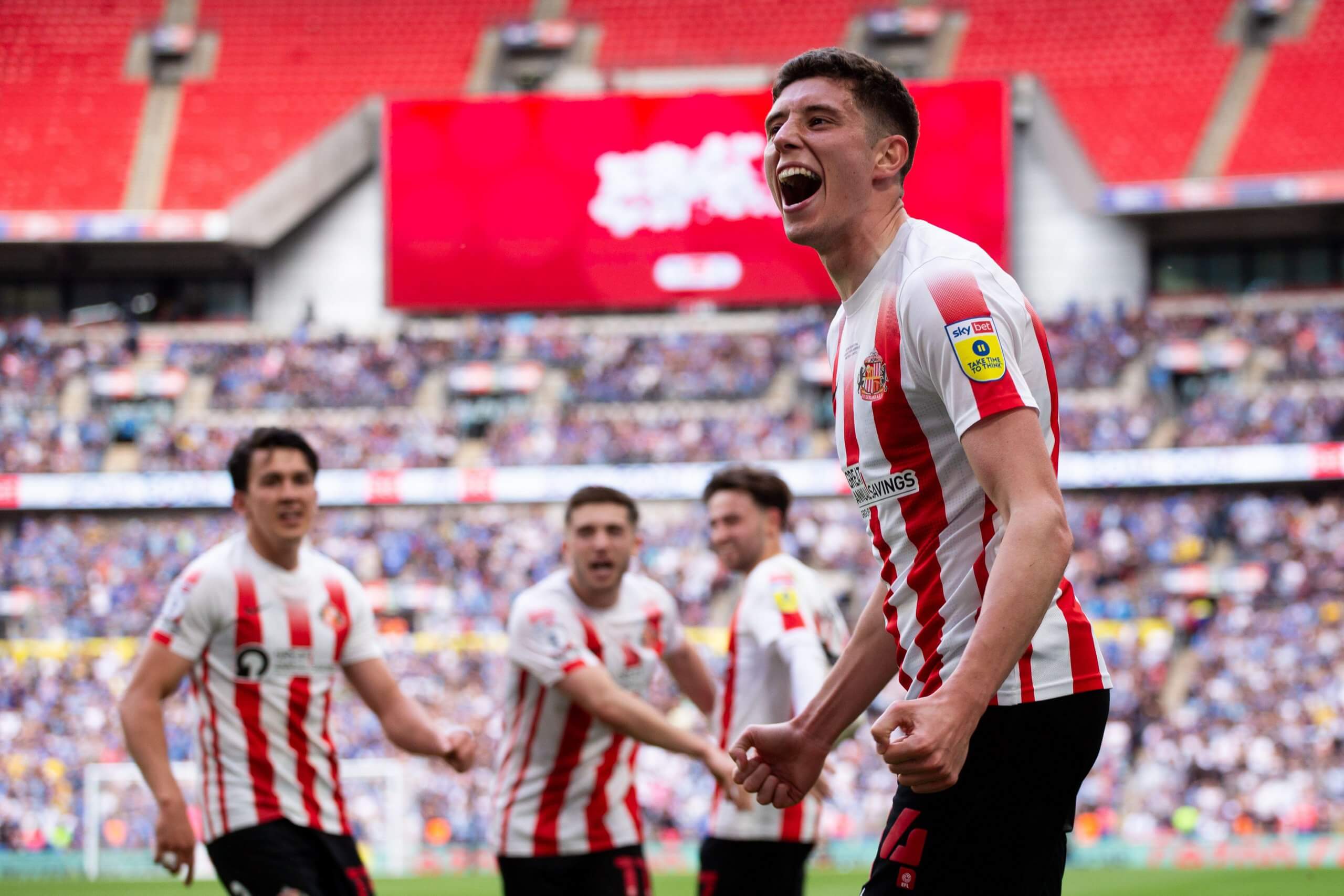 It seems strange to leave out West Brom’s Daryl Dike from this list. However, the US international is coming off the back of a significant injury which throws some doubt as to whether he can hit the numbers for a golden boot season.

That being said, he’ll have plenty of supply through John Swift, Grady Diangana and Jed Wallace, so he will be well amongst the goals if he can return to full match sharpness.

Vakoun Issouf Bayo of Watford is an interesting shout as he seems to have gone from strength to strength since his disappointing spell at Celtic.

The Ivory Coast international has a 1 in 3 ratio in his career and is particularly proficient in the air, which could push him up proceedings.

Luton’s Elijah Adebayo is a player who should have hit 20 last season if it wasn’t for some poor finishing. But to score 16 in your first full season at Championship level shouldn’t go unnoticed and he could be up there once more this season.

Ross Stewart is another one who is coming into the Championship for the first time with Sunderland. 26 goals in League One last season was impressive and even if he is 50% as proficient, he can mark his campaign as a success.